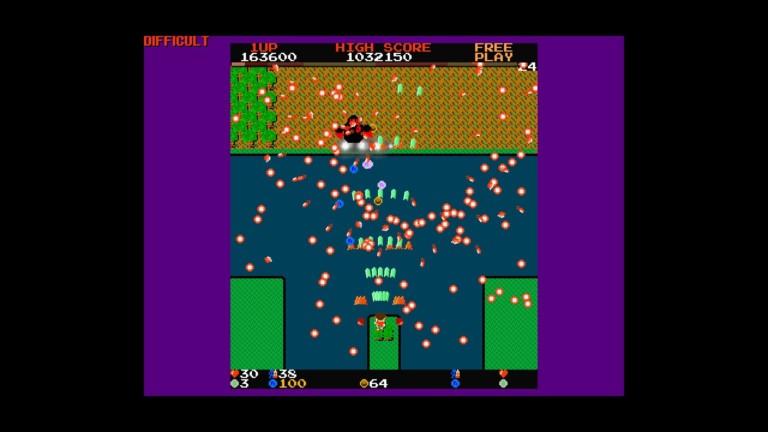 Bullet hell shooters, known as danmaku in Japan, have been around since the heyday of arcades. They require a zen-like focus to complete, as you have to not only destroy everything on screen but also avoid a maelstrom of bullets that will kill you instantly.

While genuinely thrilling, the genre is often tough to break into given its sheer difficulty curve. Thankfully, Chuhou Joutai is here to provide a great starting point. 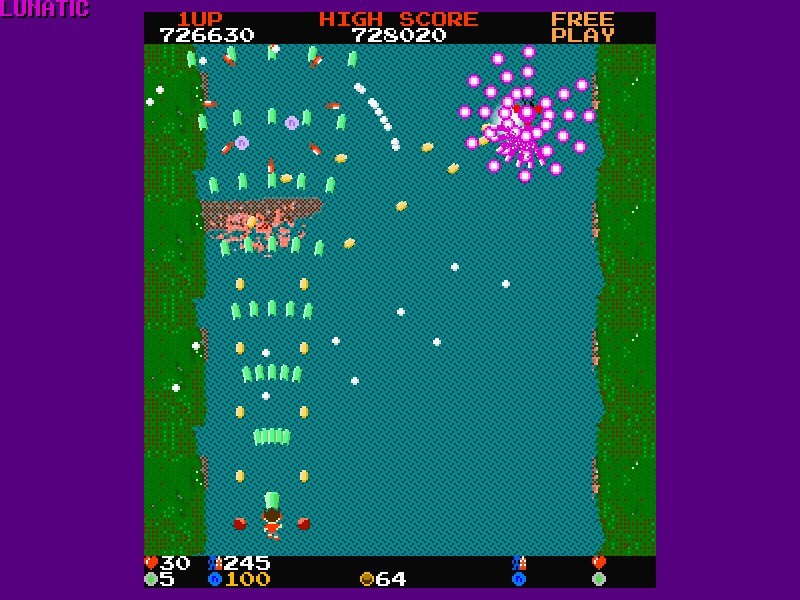 Chuhou Joutai’s premise is as simple as video games get. As you fly through its eight main stages, enemies fill the screen with absurd levels of bullets, and it’s kill or be killed. There is a story, told through text and charmingly crude character drawings overlaid atop digitized real-world images, but it’s extremely optional.

For what it’s worth, the story is presented with plenty of humor and affection for the terribly-translated game plots of the ’80s. That said, it often relies a bit too much on meme humor and references for my liking. 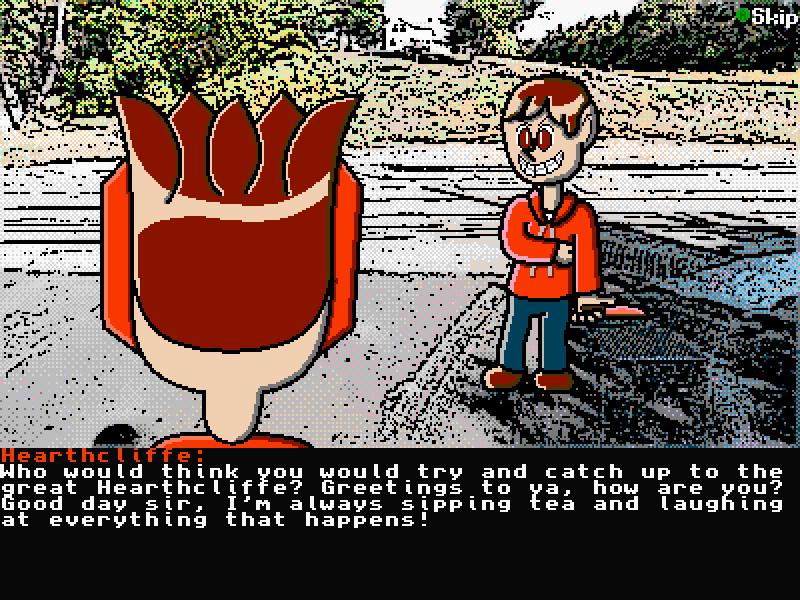 As to the gameplay itself, Chuhou Joutai takes inspiration from old arcade greats like TwinBee and Aero Fighters. It feels fast and responsive, and there’s a surprising amount of nuance to it. The two selectable characters both play differently, each having two different shot types to try.

Also, your shots can either be fired in a wide spread to cover more area or a focused shot for more concentrated damage. As is common in bullet hells, there’s also a limited-use bomb you can use to clear the screen.

Present as well is a “graze” system found in other notable danmaku games. Simply put, intentionally coming close to enemy bullets without getting hit earns you more points. It’s a fun risk-vs-reward system that challenges you to play better, and the thrill of trying to beat your high score never gets old. 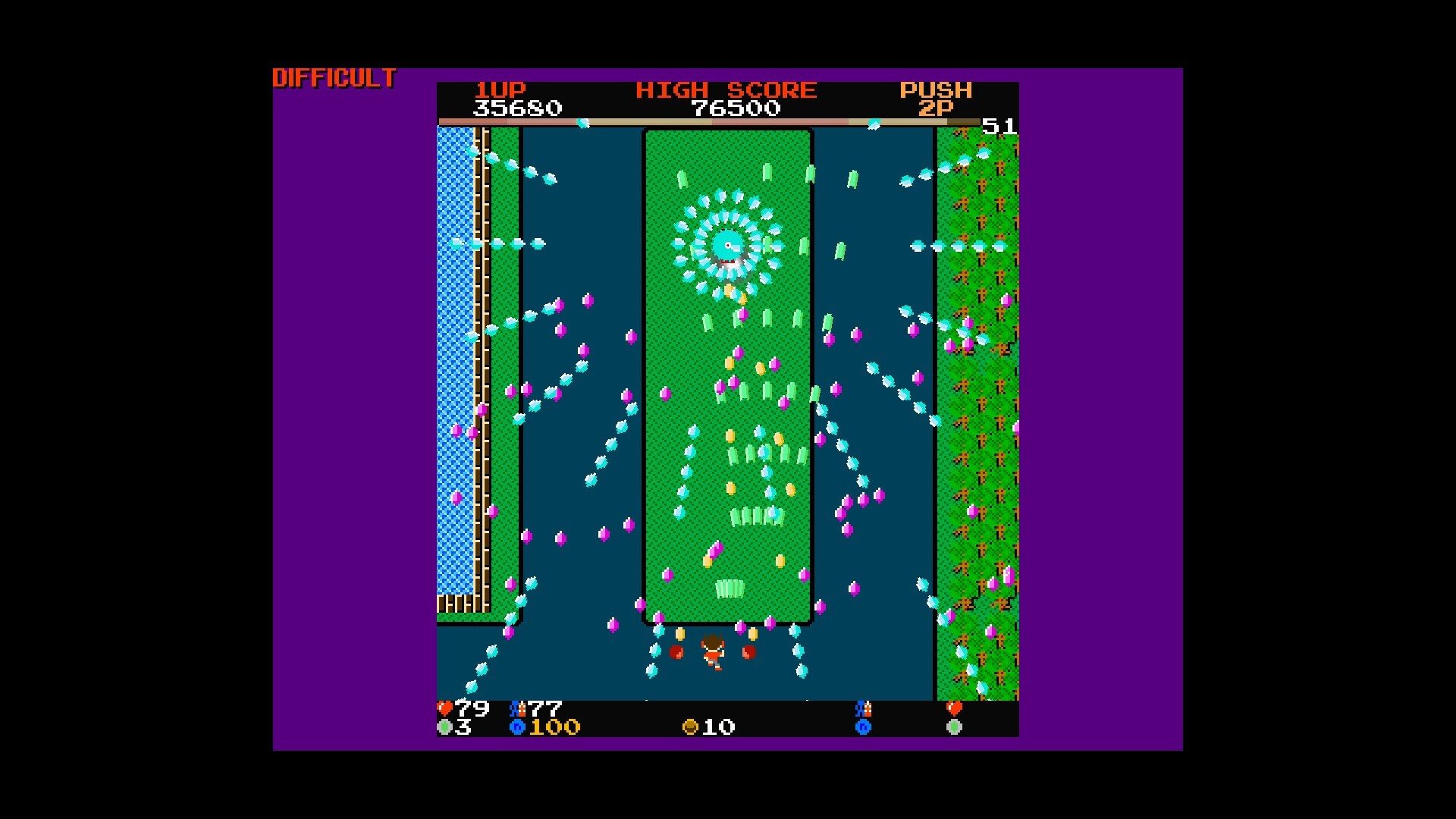 The most impressive thing though about Chuhou Joutai is how accessible it makes the genre. With multiple difficulty options and a tutorial that explains its nuances quite well, this is a great jumping-on point for anyone looking to get into these games. It also features conveniences not often found in other bullet hell games, like replenishable health and multiple lives. 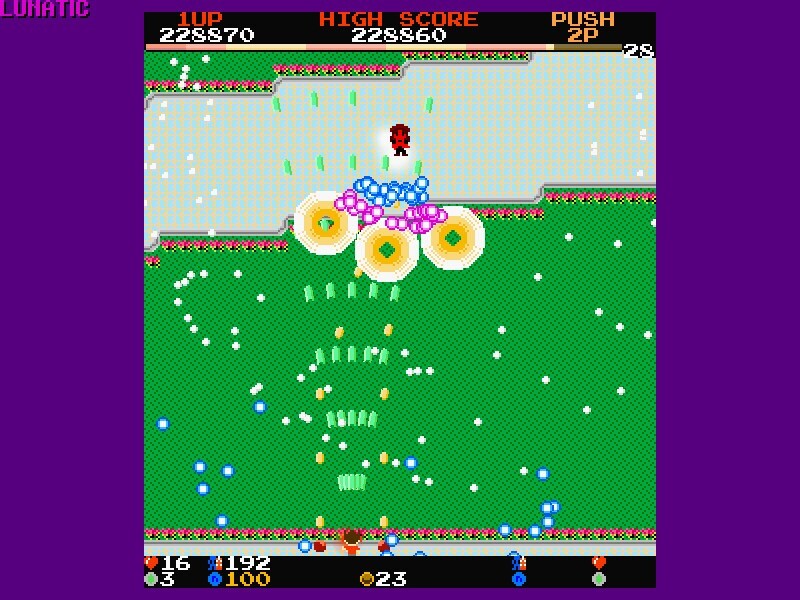 What also helps is the game’s simple but charming aesthetic. It perfectly recreates the aesthetics of early ’80s gaming, and its colorful graphics and catchy music draw you in all the more.

That being said, there were times where the colors of the levels and bullets would blend a bit too much. I could easily imagine people with visual disabilities like colorblindness having issues, so some accessibility options would be welcome. 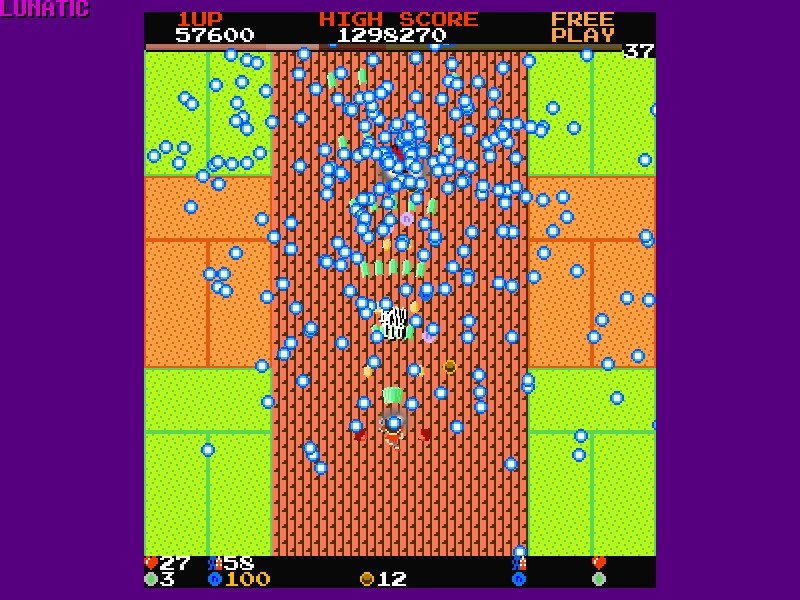 Chuhou Joutai does an admirable job at doing what it sets out to do. It’s a love letter to an entire genre that allows new people to discover what makes it so great, and at a budget price, too. In an age where games like Enter the Gungeon are infusing bullet hell elements into other genres, it’s great to rediscover why these games have lasted as long as they have. 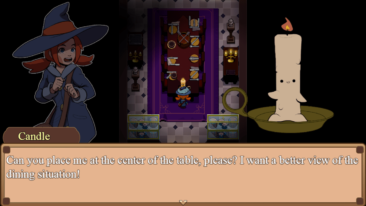 The Button Witch Review – Math Puzzles and Other Black Magic 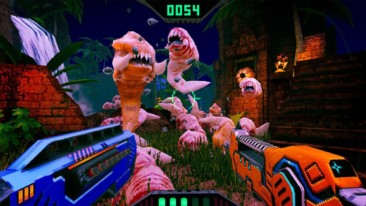