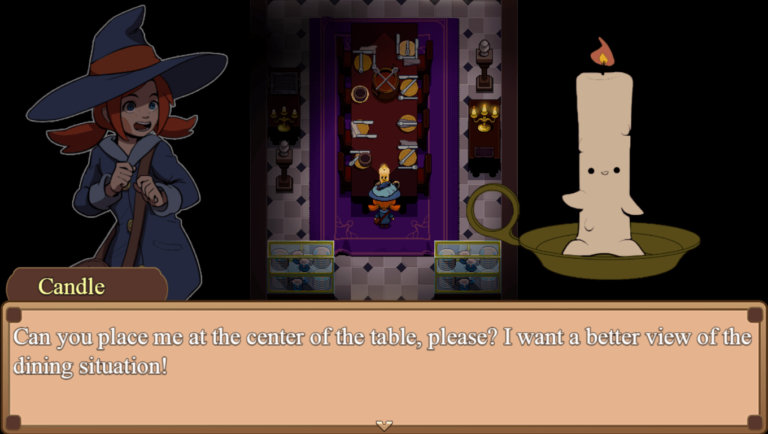 The Button Witch by DDreams Games

The Button Witch is an adventure puzzle game about a witch in training. Ellen, an aspiring witch, arrives at the Witch Academy manor to formally train under Lord Thimble. His school is where witches train to hone their craft. Upon arrival, however, Ellen soon finds out that most of the place is uninhabited. 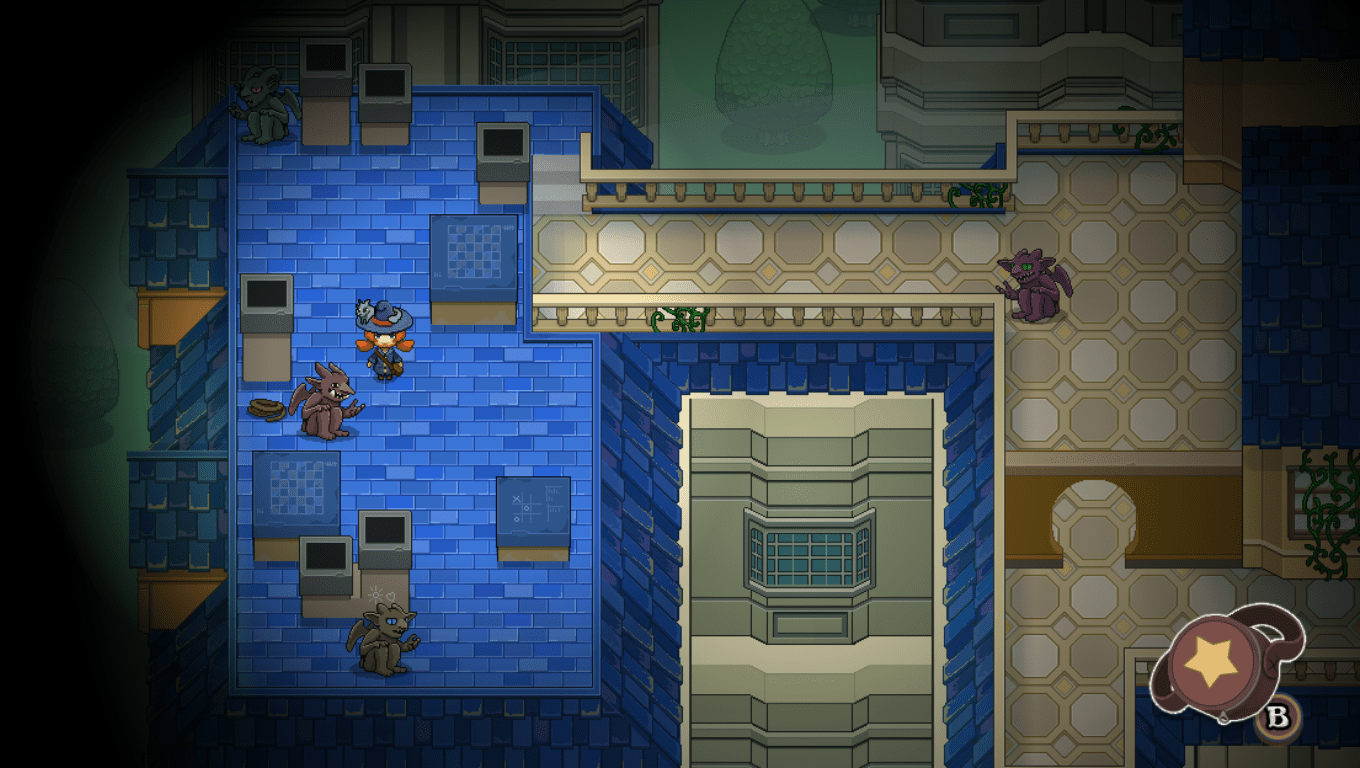 A number of peculiar characters help Ellen along the way, like a talking squirrel, an anthropomorphic dragon, a vampire and even a talking candle. The game does a good job developing them with the small amount of dialogue they have. They help add some charm to the game, and in many instances, I wished I could talk to them more.

However, the narrative takes a back seat to puzzle-solving, which isn’t an issue; just don’t expect much more to delve into besides the puzzles.

The Button Witch is reminiscent of traditional point-and-click adventure games. Talk to NPCs, pick up objects, and solve puzzles. It’s a familiar design, but it works well with this game.

Also, in keeping with the theme, Ellen learns magic spells along the way. I could conjure up wind to blow objects away. I could use a repair spell to fix some broken wooden stairs. I even got the ability to turn into a cat, which allowed me to jump into dressers to knock things down. I liked this magic spell aspect of the game, which helped keep things from feeling stale.

The main thing the game has you doing, though, is solving puzzles, ranging from numbered sequence puzzles to puzzles where I had to examine an object to figure out the lock combination.

Algebra and Other Black Magic

The game also features a number of math puzzles. Algebra was used more than once, and I often had to bust out a pen and paper to solve a lot of them. It was almost surprising that there were so many math puzzles, so those who enjoy math will feel right at home.

Since puzzle-solving is the main focus of this game, I think The Button Witch does a great job of mixing them up. There is a nice variety, even if it tends to lean more towards math puzzles.

The puzzles are challenging, and there isn’t a lot of hand-holding. The game gives you all the clues and items you need and sets you free. I appreciated this approach, and it did make puzzles rewarding when I finally solved them, but I did get stuck numerous times. I’d say it’s more difficult than most of the puzzle games I’ve played in recent memory. It requires critical thinking, so don’t expect a casual, puzzle-solving romp.

Spells of Deceit and Illusion

I did have two minor issues with the game that caused some frustration. Sometimes it’s hard to tell where in a specific location to click. For example, I saw a note on a bookshelf. Clicking on the note itself did nothing, but when I clicked on the middle of the shelf, I was given the option to collect the note.

There were also times where I felt objects didn’t stick out visually. A fountain early in the game had an interact-able code panel that was tricky to spot. A little more visual contrast would have eased some of the frustration. It could have been by design, but neither of these issues is game-breaking. They’re just something to keep in mind if you get stuck in a particular area. 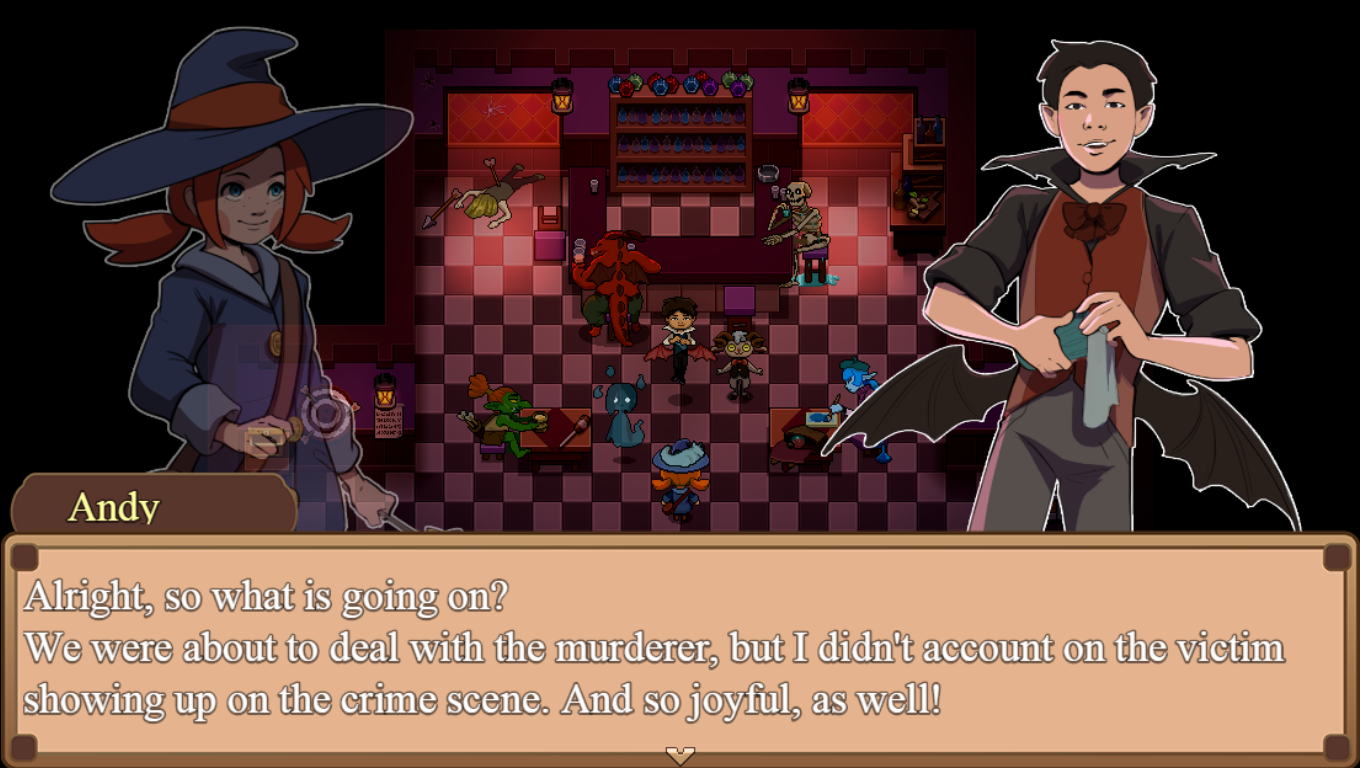 The game’s music is fantastic, with plenty of mood-setting, lo-fi synth tracks that evoke the mystery of it all. The soundtrack does a great job conveying the loneliness I felt as I wandered around the abandoned rooms of the manor. The track that plays in the manor’s Art Room is my favorite. It has this soothing, calming vibe that I really enjoyed.

I also must mention the great attention to detail of each room and place I visited: magical moving paintings, disheveled rugs, and lived-in yet abandoned spaces make for a really believable and convincing setting. Character portraits and NPCs look great, adding to the game’s overall charm. I particularly got a lot of enjoyment when I turned Ellen into a cat – a cute cat with a little witch hat!

There is a lot to like in The Button Witch. It’s a top-down point-and-click adventure game with a lot of puzzles to solve. If you don’t mind solving challenging puzzles – especially math puzzles – give The Button Witch a shot.

The Button Witch is available via Steam and Itch.io.

Check out the official trailer for The Button Witch below: 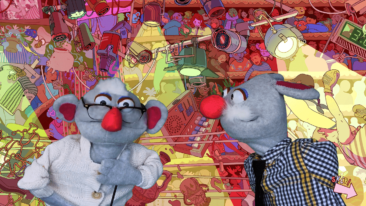 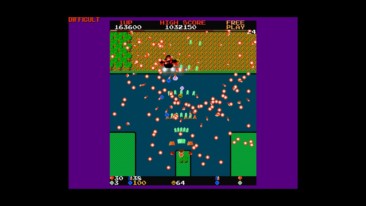