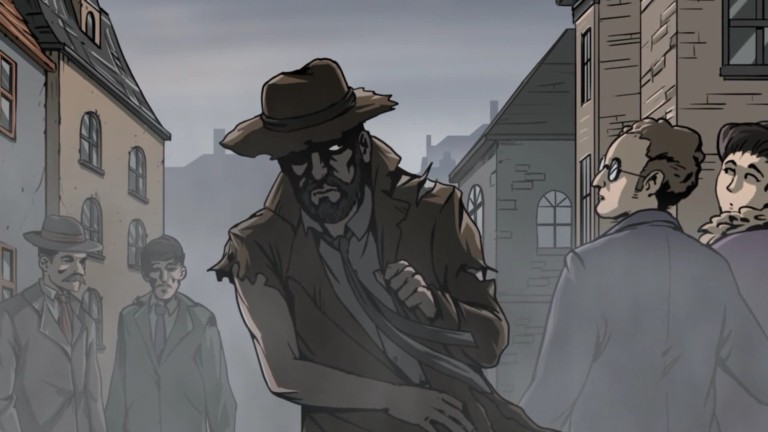 Chronicle of Innsmouth: Mountains of Madness by PsychoDev

The title of Chronicle of Innsmouth: Mountains of Madness is more than enough to let you know what you’re in for, shoehorning references to two separate, mostly-unrelated H.P. Lovecraft stories into a single cumbersome phrase. 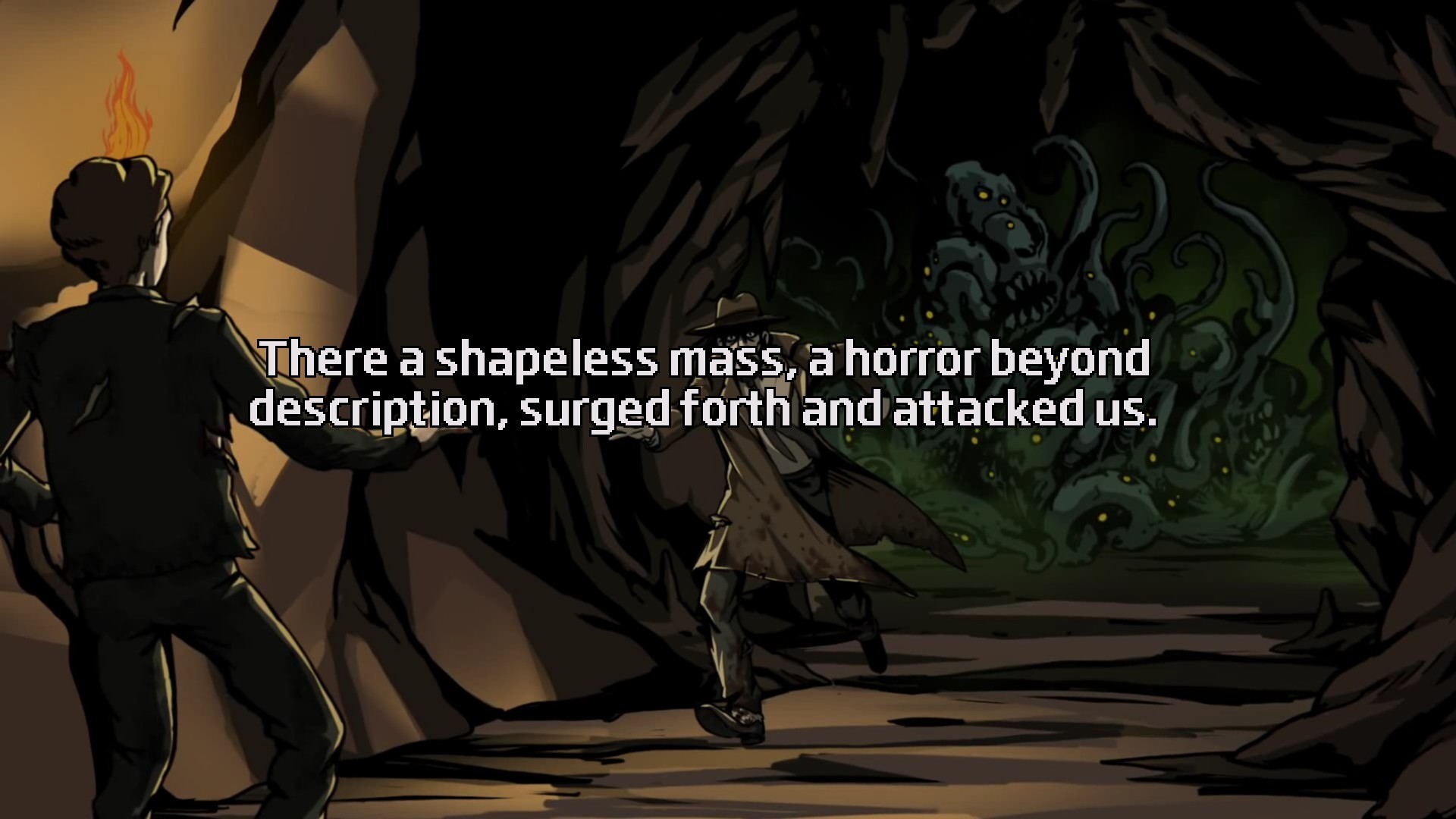 Yes, this is going to be a game about Cthulhu and tentacles and fish-people and stuff, and yes, it’s going loaded beyond bursting with overt references and Easter eggs alike. Much like the previous game from Italian studio PsychoDev – simply titled Chronicle of Innsmouth – it’s as much a tribute to classic adventure games as to Lovecraft.

While even the game’s Steam listing makes comparisons to the LucasArts era of adventure games, there are a couple of other titles that struck me as closer in spirit to what PsychoDev does here. There’s Shadow of the Comet, of course, with its overt Lovecraft references, but I’m reminded of Jane Jensen’s Gabriel Knight series even more, complete with wise-cracking detective facing off against supernatural threats. The comparisons extend to the mechanics and puzzle design, as well. Expect to exhaust lots of dialogue threads in order to progress, and expect to get stuck on the occasional inventory puzzle. Thankfully, most of the items, puzzles and combinations thereof mostly follow logical sense, but they’re by no means obvious.

(Full disclosure: this review is a couple of days late because I got stuck and had to wait for someone to put together a walk-through video.)

It’s also more oriented toward classic gumshoe-style investigation – working the beat, following leads, interviewing witnesses and researching archives – than straight cosmic horror, although that’s for the best, as it gives a sense of agency beyond “discovering otherworldly secrets and being driven mad.”

(Not that there aren’t madmen possessed of hideous secrets, mind, it’s just that they’re NPCs.) 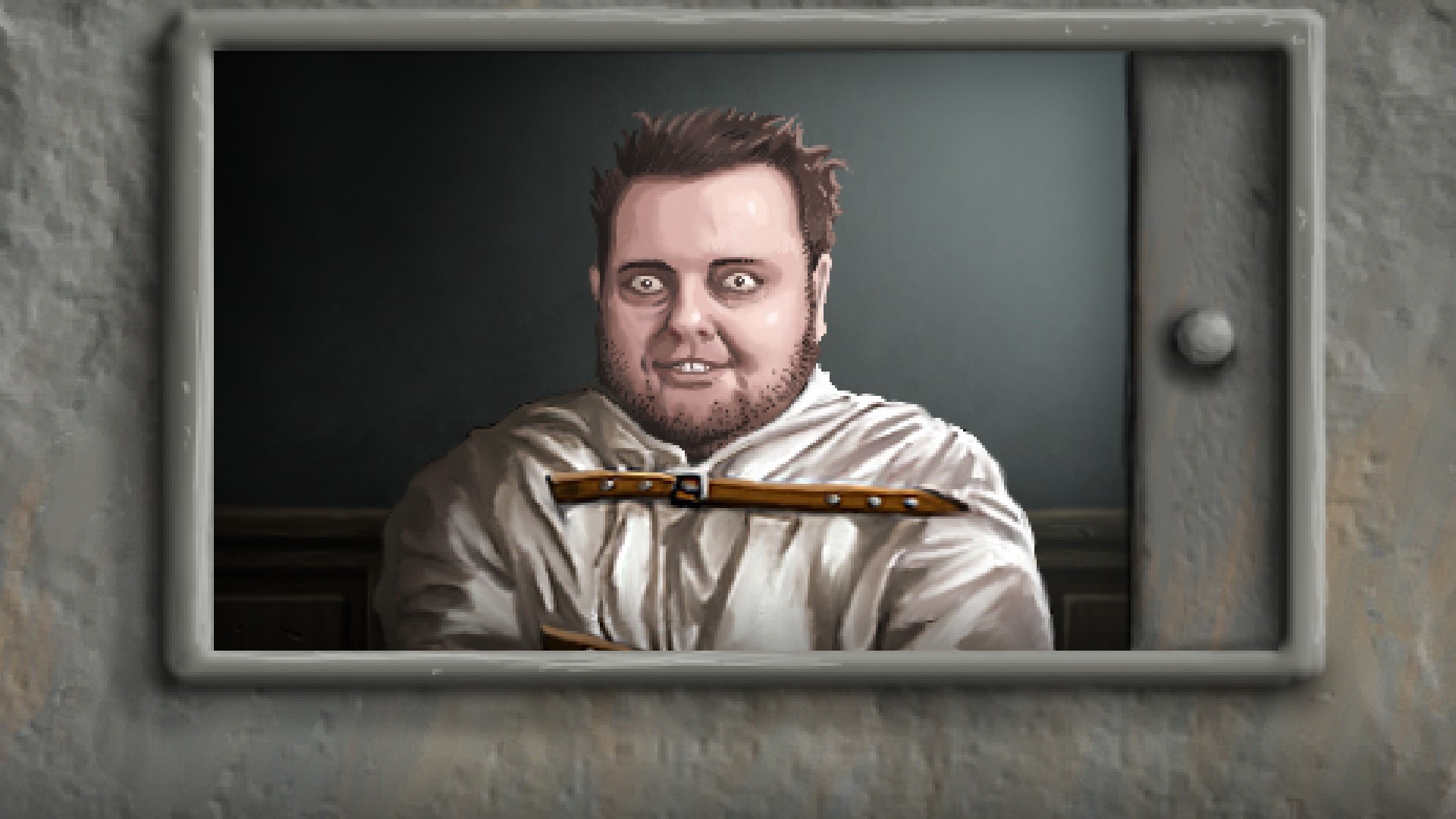 A Bestial Babel of Croaking, Baying and Barking

For being the product of a fairly small studio, Chronicle of Innsmouth: Mountains of Madness has very solid – if intentionally anachronistic – production values.

The voice-acting and music, in particular, are worth mention; while the voice-acting ranges from “quite good” on one end to “serviceable if a bit corny” on the other, that in itself is reminiscent of classic adventure games (not every point-and-click in the ‘90s had the luck to work with talents like Tim Curry or Mark Hamill), and all the more impressive given that PsychoDev are based in Italy and had to translate the game to English. The MIDI score, heavy on loping, synthesized jazz bass lines, conjures up the mood of old adventure games in general almost more than it contributes to any exact time or place depicted in the game.

Chunky pixel art likewise recalls the classic point-and-click age, and while the characters – and in particular the character animations – can be a little stiff, the backgrounds are impressive both for their effectiveness and their fidelity to a very specific, late 20th-century art style.

As much as this game is a paean to the point-and-click games of old, it’s at least as much a love letter to Lovecraft. As has become par for the course for such games, it seems to cram in as many references as possible; in addition to the two stories referenced in the game’s title, The Dunwich Horror and The Statement of Randolph Carter are also referenced fairly early on, and that’s just scratching the surface.

What’s impressive, though, is that the narrative feels cohesive despite shoehorning such disparate themes as a secretive New England fish-cult and the discovery of alien ruins in Antarctica. In fact, its blend of references and original characters and plots are significantly less awkward than those in 2019’s Call of Cthulhu, the most recent official adaptation of the tabletop RPG.

Admittedly, I’m a big fan of both the source material and classic adventure games, and there’s probably an element of nostalgia at play here, but based on the success of studios like Wadjet Eye Games and the myriad adaptations of Lovecraft’s work in multiple media, I’m clearly not the only one.

If you’re also a member of our eldritch cult, Cthulhu commands – and I at the very least strongly suggest – giving this one a try.

Chronicle of Innsmouth: Mountains of Madness is available via Steam.

Check out the official Chronicle of Innsmouth: Mountains of Madness trailer below: