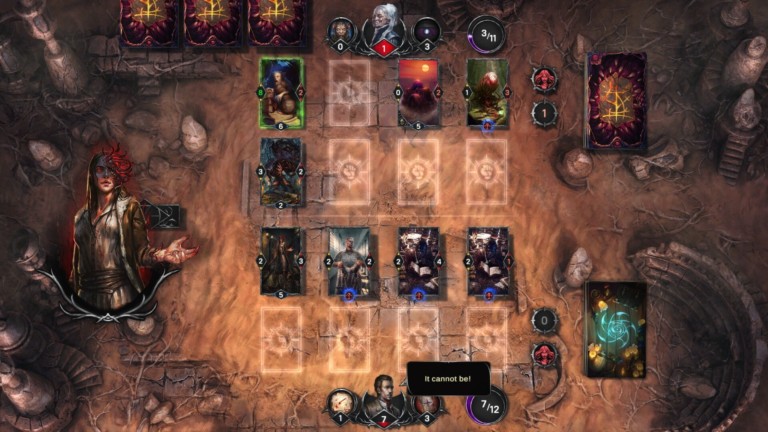 Call of Myth by Kadath studio

Call of Myth is the newest take on shoehorning H.P. Lovecraft’s so-called Cthulhu mythos into a new game genre: in this case, the ubiquitous collectible card battle.

Based on the demo – the game itself is yet to be released – it has definite potential, but the tentacles of compulsion and addiction haven’t quite wrapped around me yet.

The Story’s in the Cards

I’m regularly impressed by the ingenious ways game developers manage to fit Lovecraft’s distinctive storytelling model into diverse genres. Adventure games like Conarium and RPGs like Stygian: Reign of the Old Ones are an obvious fit, as the genres themselves are designed as narrative-delivery mechanisms, but then you’ve got things like Lovecraft’s Untold Stories, which packs a narrative punch despite being a procedurally-generated action game.

Collectible card dueling seems like an even less likely genre, unless you go the simple route of having various monsters from Lovecraft’s short stories fight each other kaiju-style, but Kadath studio actually manages it here, more or less.

Card Games in the Witch House

It helps that the story, at least as presented in the demo, is vague and leaves a lot up for interpretation, skipping the more “earthly” elements of stories like The Shadow over Innsmouth and The Call of Cthulhu in favor of the surreal, hallucinogenic realms explored in The Dreams in the Witch House. 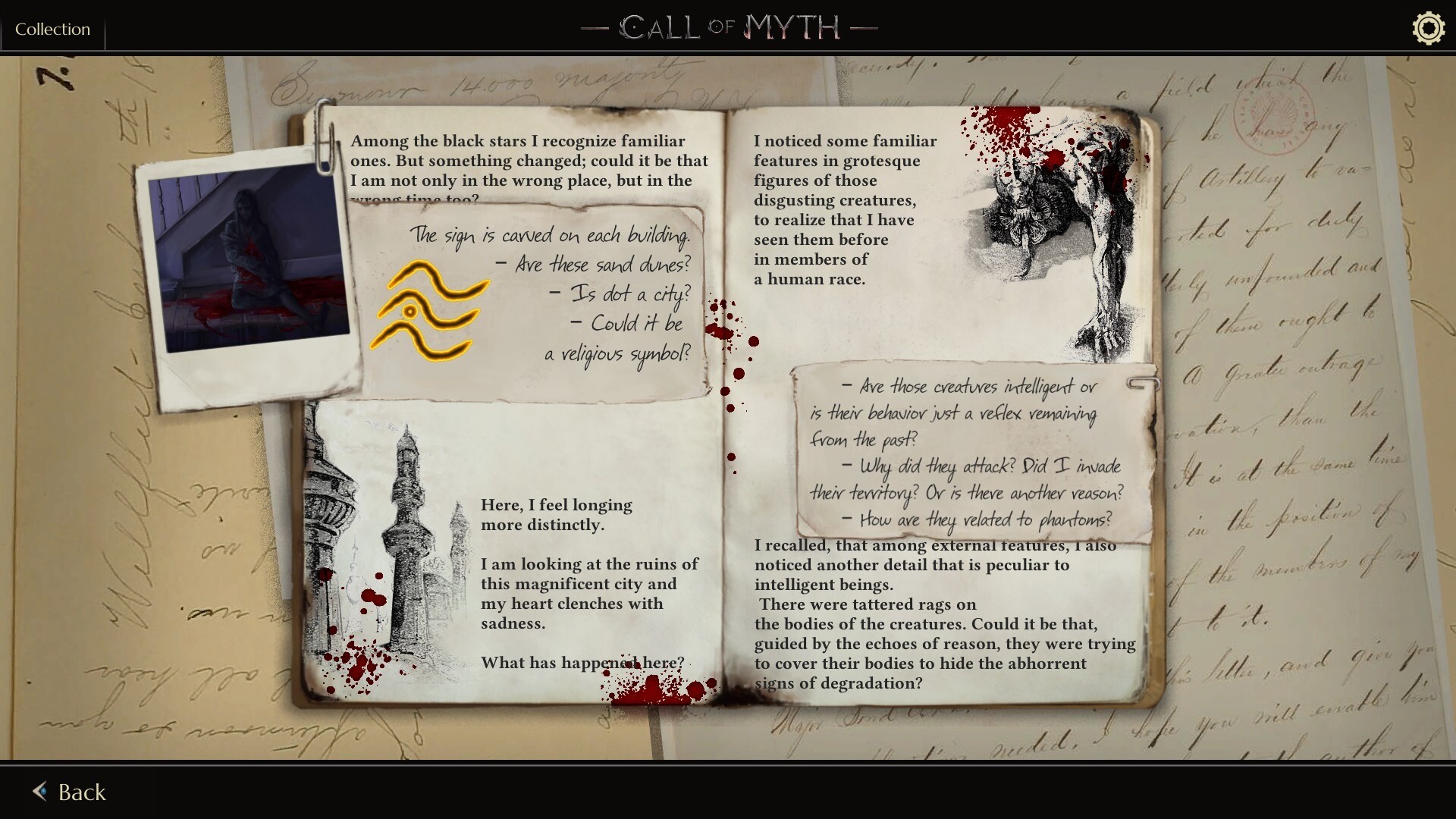 It also helps that the presentation, revealed through in-round dialogue and interstitial diary entries, is vague enough – deliberately or not – to leave open the question as to whether the entire narrative is taking place within a delusional space, internal conflicts played out via horrifying visions of monstrous, other-worldly entities.

Some players might find it too vague and confusing, although given the sheer number of pastiches and attempts to over-explain and codify Lovecraft’s original themes, I enjoyed the messier nature of the storytelling here.

The Cards of Cthulhu

Less enjoyable are the mechanics which you’ve likely already seen if you’ve played Magic: The Gathering or any other number of card games inspired by it. You’ve got your lanes, your cards representing your party of fighters, your special actions, etc.

While it’s all competently put together, the fact that you’ve got detectives and cannibal ghouls instead of wizards and dragons and Colt revolvers instead of lightning spells doesn’t make up for the fact that Call of Myth doesn’t do much new or exciting with the familiar card-battling formula. 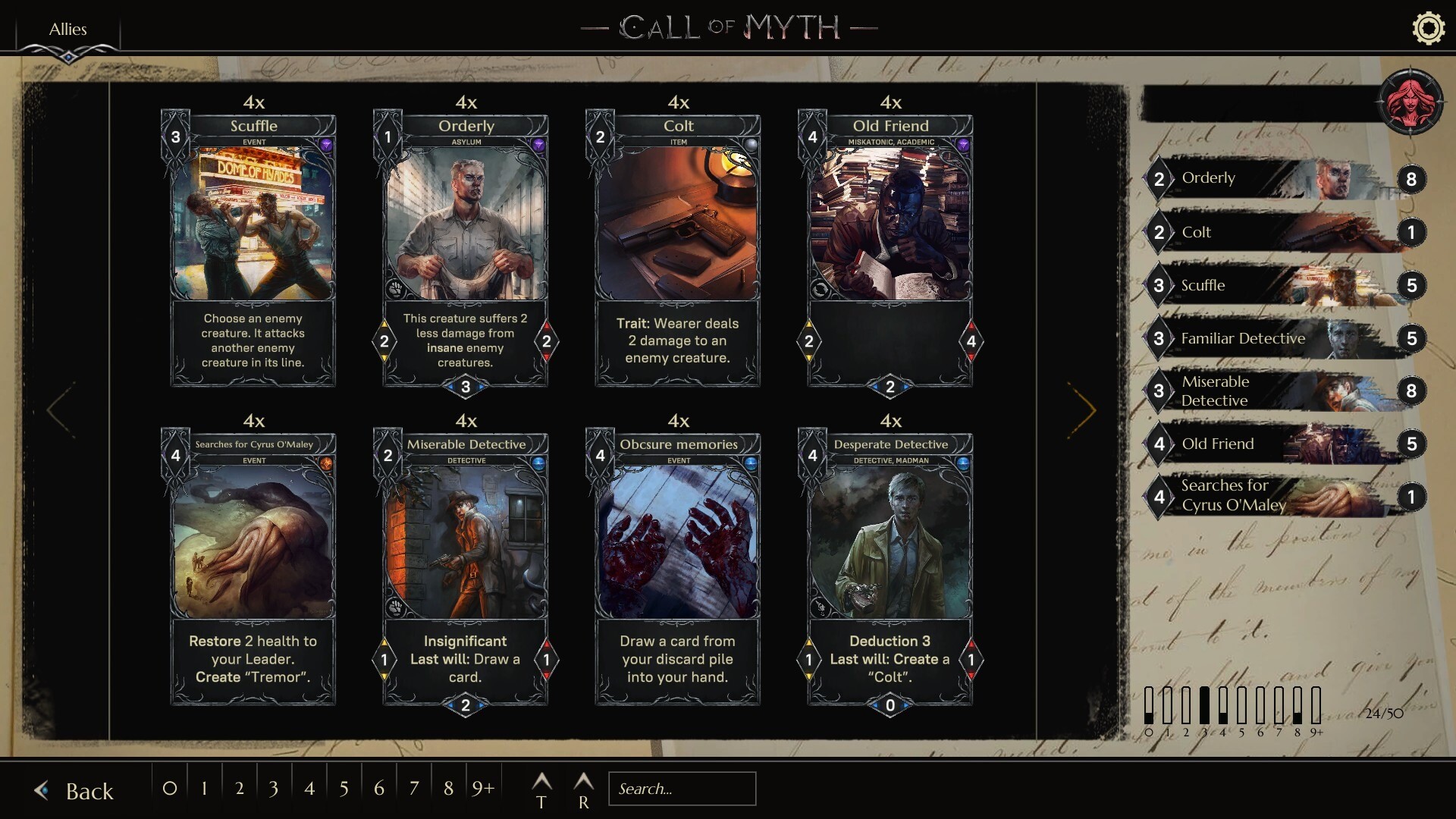 As seems to be the case with every Lovecraft-inspired game these days, there is a “Madness” mechanic, which accumulates as your cards are “killed,” but unlike the random and unpredictable effects in Darkest Dungeon, it amounts to little more than yet another statistic to monitor.

When the Eldritch Becomes Ordinary

What’s worse is that even in the early stages, rounds tend to drag on; it’s not a great sign when even the tutorial missions feel repetitive. That said, longer rounds could perhaps provide necessary tension and room for strategic adjustment in PVP play, but whether or not Call of Myth establishes a robust enough player base for that to even be relevant remains to be seen. 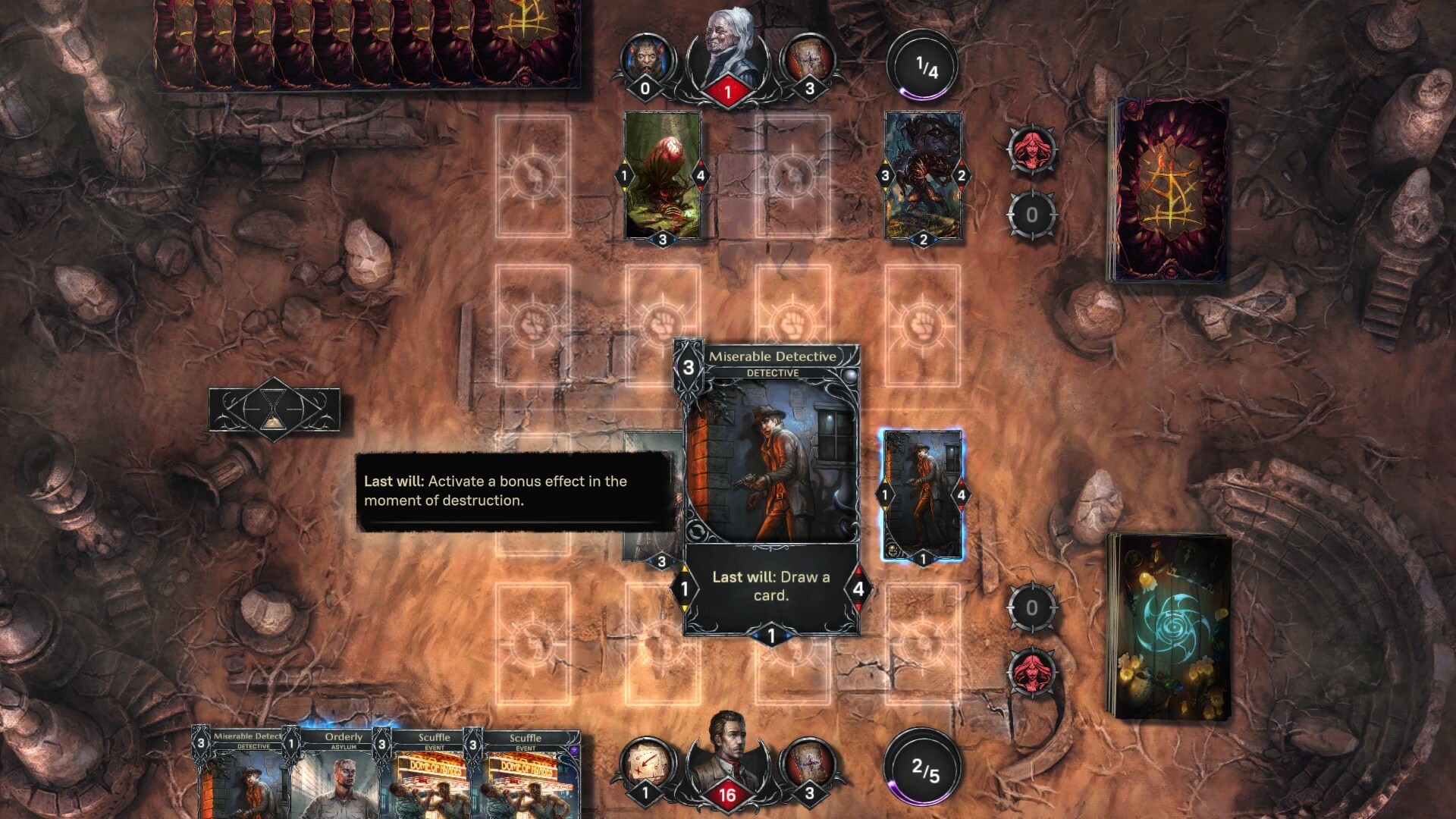 For all that I seem to be complaining, Call of Myth isn’t a bad game by any means. If you like Lovecraft and you like making cards fight each other, there’s plenty of fun to be had here.

But to compete with critically praised, massively popular titans in the genre like Slay the Spire and Monster Train, Call of Myth needs to tweak its balance, tighten up its flow and do something more to set itself apart than applying a top-coat of Cthulhu tentacles and robed Yellow King cultists.

A demo for Call of Myth demo is available via Steam.

Check out the official trailer for Call of Myth below: 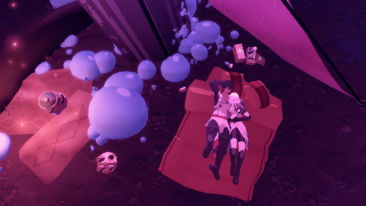 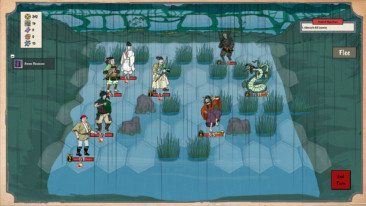 The Wind and Wilting Blossom Review – Tactics in Mythical Japan