Assume the role of a mighty (and mighty evil) Dungeon Lord and create your own diabolical demesnes underground. Dim-witted goblin workers tremble as they await your orders and dig corridors and rooms into the rock at your command.

Heroes will visit your dungeon in search of battle and treasure. Naturally, you could always just annihilate them with a snap of your fingers. But isn’t it more entertaining and deliciously evil to watch them attain their heart’s desire – and then take take it ALL away?

OK, I am not the first, nor will I be the last, to compare this to the venerable Dungeon Keeper. The developers at Realmforge Studios don’t try and hide their affection for the classic. Aesthetically they are nearly identical twins. Even in the opening videos they bear a striking resemblance to one another: you are a dungeon overlord, building manic underground lairs and filling them with the foulest creatures you can find, all in the hope that a foolish “hero” or two will find their way in seeking treasure and glory, so that you can crush them beneath your boot. Of course, once you get past the thematics and into gameplay, the two games start looking more like Arnold Schwarzenegger and Danny DeVito. While, in DK the player is restricted to the unseen hand of the evil master, Dungeons prefers to put you right in the mix, hacking and slashing alongside your minions. Dungeons also takes the emphasis away from keeping all your underlings happy so that they’re at their hero-slaying best and places it in making the heroes that visit your dungeon happy before gutting them and feasting on their souls. You see, what you’re really after is soul energy and a happy soul is a tasty soul.

Place monsters to make the heroes feel challenged. Place treasure so they feel rewarded. Place furnishings like coffins, candelabras, and piles of skulls, for them to ooh and aah over. Once they’re bubbling over with glee, stomp them into submission and drag them off to a cell to have it tortured out of them. Dungeons is essentially like playing a Theme-Park-Style game and Diablo at the same time. In theory, that sounds like fun and, in practice, it can be, though I often found myself wondering whether I’d be having more fun doing one or the other. There just tends to be so much going on at any given time; not only do you have to build, maintain and furnish your dungeon, but your boss keeps insisting on sending you on errands.

You also have to personally go ambush any heroes that have filled up their soul meter, before they decide to head out of the dungeon with all your treasure. Oddly enough, I usually spent long periods of time waiting for something to happen, then frantically had to resolve six things at once. I found Dungeons to be quite a lot of fun, but I can see where its pacing might frustrate many. It’s got great atmosphere and can be pretty humorous too. Despite it having quite a bit of content, I’m not sure it justifies a $40 price tag. Thankfully there is a demo, so I highly recommend downloading and giving it a try for yourself. Notes For The Developers

Just a few things that I thought might make a good game great:

Most of the time you have to be zoomed out all the way in order to effectively manage things, but even at that distance it can sometimes be hard to distinguish heroes from the denizens. The option to turn on in-game values for all units helps, and I recommend it to anyone wanting to keep their sanity, but there needs to be a better way of keeping track of all the heroes populating the dungeon. A toolbar in the UI with a little portrait and the statistics of each hero would be nice; Being able to click on the portrait and getting an indicator arrow for the location of the hero would be even nicer. Even if all the levels kept the warning, from the tutorial level, that a hero had decided it was time to leave, would be infinitely helpful.

The spell bar is a mess. It seems like so much of an afterthought that I rarely find myself bothering to use it. It takes too much time to keep on top of everything else one is required to do. It would be nice if spells didn’t disappear from the bar, just because you are out of that type of scroll. If it greyed out and became non-functional until finding more of that spell, then we wouldn’t keep having to go back to the spell book to recover them. Also, it would be great if each spell slot had a fly-out allowing me to choose from the different levels of the scroll I have available, rather than requiring me to take up multiple slots for the same spell.

Dungeon Keeper’s concept of a “Dungeon heart” has been kept, except, in Dungeon Keeper, its purpose was to give the player a sense of personal danger despite the fact that they don’t have a physical presence in the game. In Dungeons you have a character wandering around the dungeon, so including the heart just means there’s one more thing for you to try and juggle. I realize this one is kind of a core concept and not an easy change.

Get Dungeons on Steam 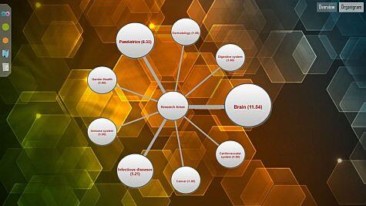