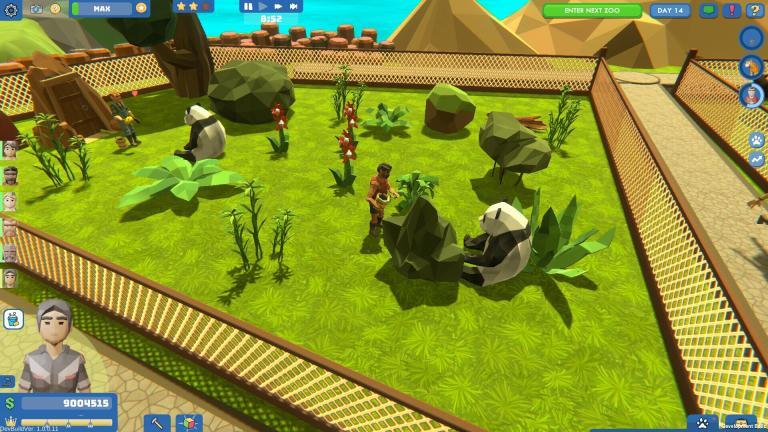 Some of my most vivid childhood memories involve trips to the zoo and the wonder of seeing all the animals up close. The gorillas and elephants were my favorites, and my love for animals stayed with me into adulthood. I jumped at the chance to review ZooKeeper, a simulation game where you’re hired for the titular job.

Not only are you the zookeeper, but you are in charge of every aspect of this zoo…and there isn’t even a zoo yet! You have to build it from the ground up! The tutorial was informative and easy to follow and taught me how to build enclosures and add doors.

On the other hand, I didn’t really find the pathing tool intuitive. Paths are very important, as they connect everything. If you build a public restroom, you better remember to build a way to it or nobody will be able to use it. I found it challenging to manage the angles, and making sure the nodes connected was a bit of an ordeal, but I eventually figured it out.

My early attempts were not aesthetically pleasing, but at least they were functional. The first animals at my zoo were a pair of lemurs. And they were adorable! I love the pixelated polygonal graphics in ZooKeeper. They are bright and fun and evoke nostalgic feelings.

Not Quite a Wild Safari

I quickly discovered that being in charge of a zoo isn’t easy, even if that zoo only consists of a pair of lemurs, a crooked path leading to a restroom, and a hot dog stand (hopefully with a vegan option). In ZooKeeper, you are in charge of everything. I hired an assistant, but I really had to micromanage her. You have to prompt the workers to do everything: feed the animals, clean them and their enclosure, play with them, and provide medical care. You even have to remember to tell them to take a break. I found this quite tedious. I also had to keep giving them raises to make them happy or they would turn sullen and uncooperative.

One thing I really enjoyed about ZooKeeper is that you have to really learn about what makes your animals happy. They all have different needs concerning their habitat. It is not one size, fits all. Some animals need more space than others. Some of them need more or less companionship. They also have specific likes and dislikes concerning what kind of foliage and decorations that were put in their enclosure. The deer were particularly difficult to please. I tried every kind of tree and shrub, but they kept giving me the broken heart emoji, indicating that they hated their new digs. I eventually hit the jackpot with some ugly spiky ferns and tall trees. The lemurs had a penchant for bright tropical flowers. This was my favorite part of ZooKeeper. I loved figuring out what made my animals happy.

Unfortunately, there is more to being a zookeeper than playing with animals. I had to manage the finances and increase my zoo’s reputation and popularity scores by adding more attractions and ensuring there were enough paths, food, and restaurants.

To add some randomness to the mix, occasionally you have the option to uncover a surprise. This was kind of like the Community Chest in Monopoly. Sometimes it’s something good like “Your zoo is voted best in the country!” Sometimes it’s something bad, though, like a freak storm. These events are optional, but I found that they threw a bit of excitement into the everyday routine, which admittedly became a little tedious.

There is a lot of gameplay material in ZooKeeper. You can play for hours and hours. There are seven different worlds in which to build up zoos and lots of different animals, even dinosaurs! It takes a long time to build up enough XP to progress, though. I played with those lemurs and deer for hours before I unlocked a new world, and it just got tiresome. I wanted to progress faster, but every time I tried to program tasks for the zoo workers and put things on fast mode, I ended up losing control of the animals, and things descended into chaos very quickly.

And there was so much animal poop. It was never-ending. I only have so many hours in the day, and I wanted things to progress a bit faster.

Playing with Animals is Hard Work

Overall, I enjoyed ZooKeeper. It’s a gentle and orderly game that is pleasant to play, and I appreciate the attention that must be paid to learning what makes the animals happy, which is the most unique and interesting aspect of this game. Progression can be slow and tedious because the payoff for gaining XP is just not big enough to act as motivation. I wanted something bigger and more interesting. There has to be more to a successful zoo than making sure there are enough paths.

I did keep playing, though. The atmosphere and graphics are bright and appealing, and I found it very relaxing to spend an hour or so making the animals happy when my real life felt too chaotic. A good simulation has to be realistic and that means that the tedious aspects of running a zoo – such as budget and marketing – are necessary. But ZooKeeper is definitely at its best when the focus is on the animals.

ZooKeeper is available via Steam.

Watch the trailer for ZooKeeper below: 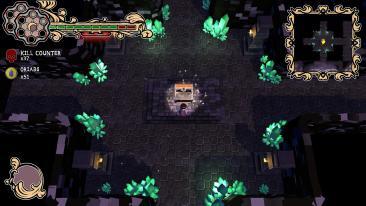