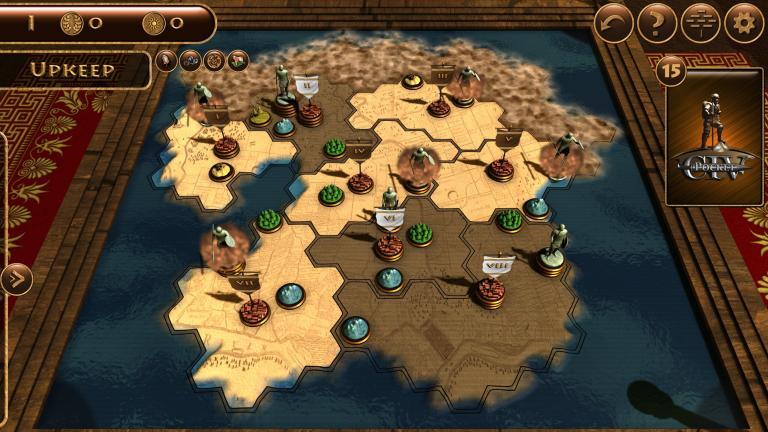 Every gamer has a genre that just doesn’t click with them, no matter how often they might try it out. For this reviewer, that’s always been the 4X strategy genre.

From leisurely-paced classics like the Civilization series to more fantastical fare such as Thea: The Awakening, I don’t think I’ve ever won a single game. Call it inexperience, impatience, analysis paralysis, etc., but ultimately the result is I end up flailing around in the waters of 4X until sinking.

So when PocketCiv, an adaptation of a print-and-play tabletop 4X game came up for review, I thought, “Maybe this’ll be the one that I can finally understand.” 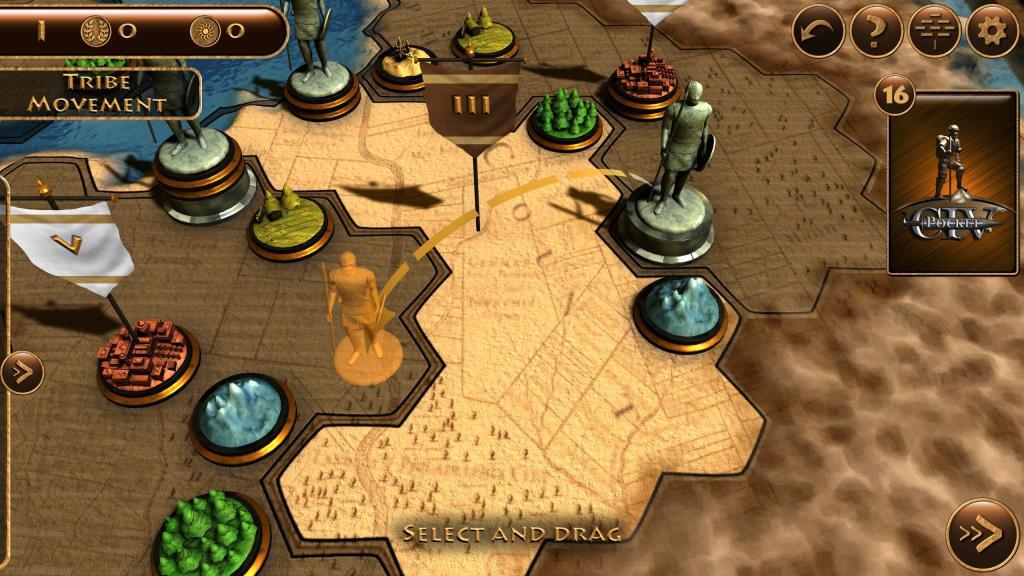 PocketCiv seems very invested in getting people like me to engage with it. Case in point, the game doesn’t even let you jump into a standard match until you play its robust and informative tutorial. Some might decry this, but I was mostly thrilled that a Civ-style game finally had a tutorial that actually took the time to explain the game’s intricacies. It also reflects the game’s tabletop ancestry (gotta learn the rules before you can play). 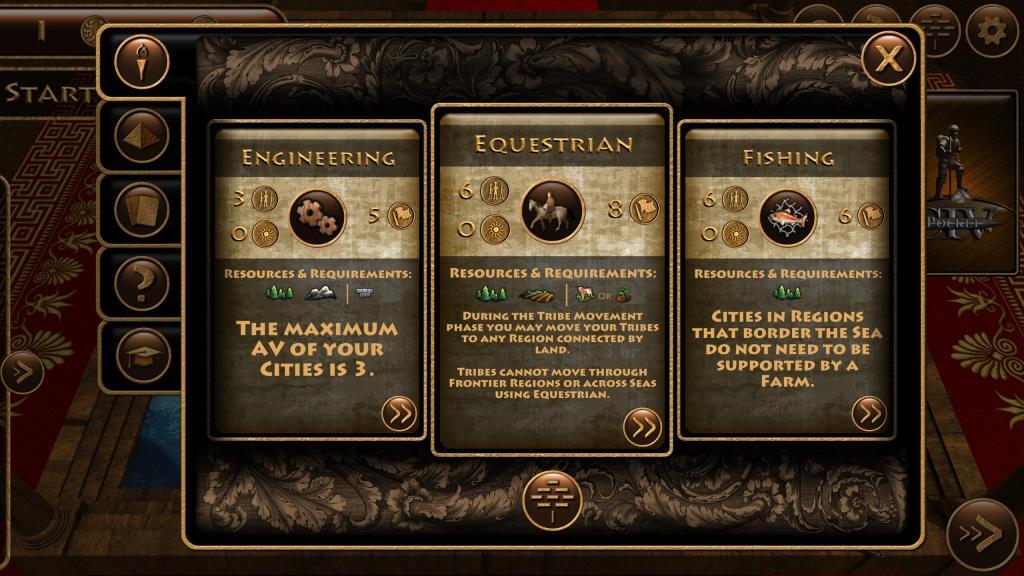 At its core, PocketCiv is deceptively simple. Every turn has you moving your units a single space, using resources to buy new structures and upgrades, gaining more units if you have the resources to spare, and drawing from a deck of random events. When the deck runs out, you begin the next era of the game’s timeline, unlocking more stuff but also more events in the deck that are almost always negative for you. Survive eight eras, and you win.

Of course, the intricacies of this system balloon outwards as you explore and upgrade your civilization. New resources allow for the creation of new buildings and technologies, and, of course, deck events have the potential to undo your hard work. There’re also 15 scenarios to try outside of the standard game, each with unique rules and victory conditions. 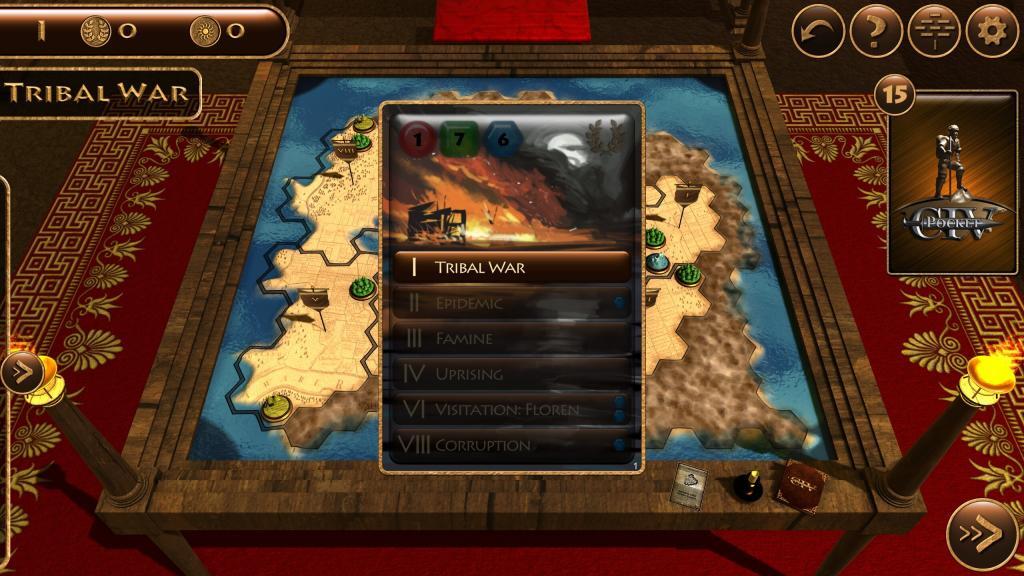 A Little Each Day

While none of these features are exactly original, what makes PocketCiv stand out is just how simple and quick every action is thanks to its smart mechanical and visual design. Units and resources are immediately recognizable on the map thanks to the game’s 3D board game aesthetic, meaning you don’t have to comb through entire menus to see how you’re doing. Actions like moving and building also only ever take one or two clicks of the mouse to achieve, giving the game a feeling of immediacy that the genre tends to lack. 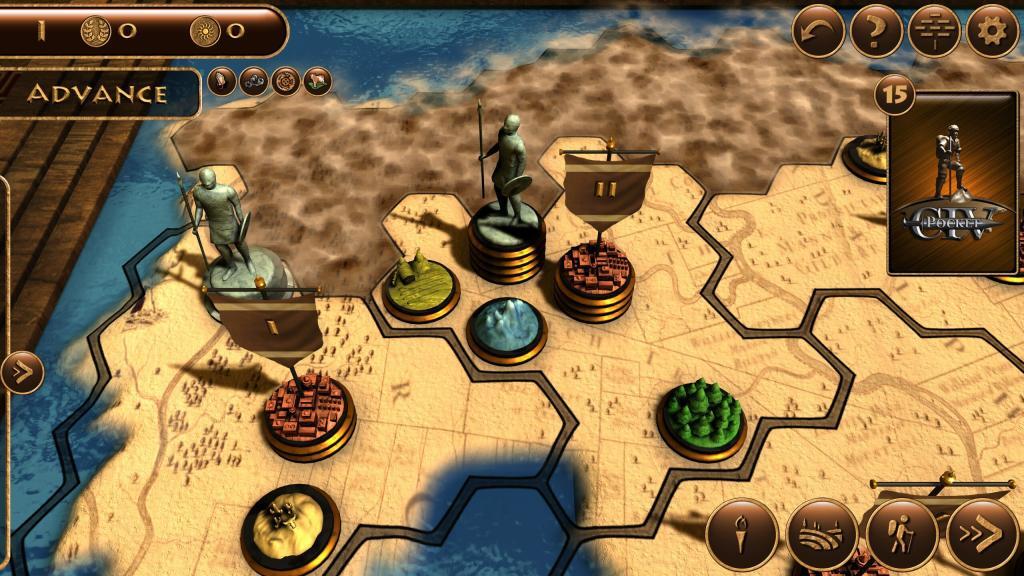 If I have a complaint, it’s with the game’s art design. While I love that it looks like a board game with big 3D pieces, the muted colors they chose to use make some things hard to see. I often was unsure of how many tokens were stacked on top of each other.

In short, PocketCiv is shaping up to be the accessible 4X experience that I’m desperate for. It’s simple to learn, fun to play, and has plenty of variety. If the game’s time in Early Access allows the developers to add more content and tweak things like the visuals, this has the potential to be something pretty great.

Watch the trailer for PocketCiv below: 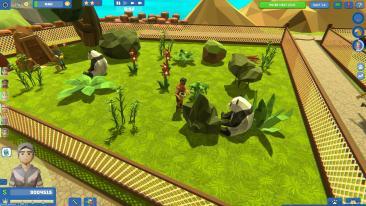