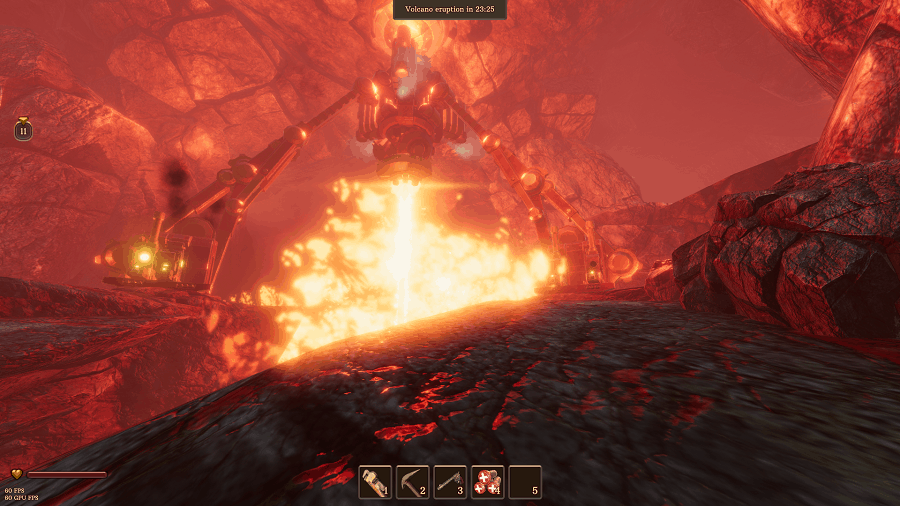 Volcanoids is a steampunk survival game set on an island suffering from a seemingly perpetual cycle of eruptions that would make Pompeii look rather tame. The game follows a character who travels to the island to find out what went wrong and why the volcano at its center seems so unstable.

The original inhabitants of the island have fled or been eradicated, and now a strange group of robots is apparently the only population, traveling around underground in their drill-ships. Unraveling this mystery and surviving in this tumultuous land are the main challenges of Volcanoids.

The narrative of Volcanoids is fairly self-evident, although a short cut scene does provide some framing at the outset of the game.

The mysterious volcanic activity appears to have occurred after the appearance of some unusual tracks in the earth around the island, a conundrum that is soon solved, as moments after I stepped foot on the landmass, I was swarmed by a troop of humanoid, steam-powered robots. 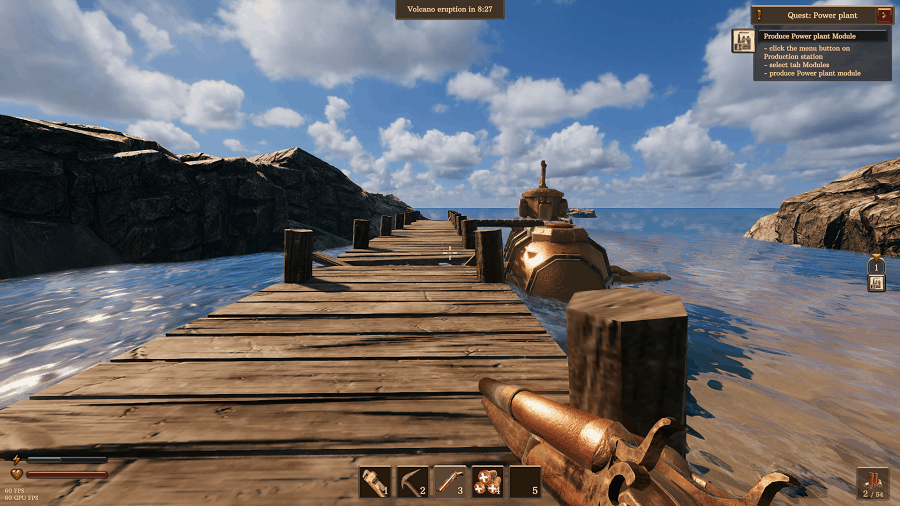 You Know the Drill

Volcanoids is built around the now well-honed structure of explore-mine-build-expand-survive that has become the linchpin of the crafting and survival genre. The unique twist here is the steampunk theme and the drill-ship within which most of the crafting side of the game takes place.

The tutorial dutifully led me to my own drill-ship shortly after arriving at the island, and after a little home improvement, it was set to go.

While the steampunk theme is an interesting twist, the somewhat claustrophobic drill-ships don’t make for the most appealing of survival bases.

Thankfully, they do come with the neat trick of being relocatable; the ship can be instructed to dive underground (mostly to avoid the regular eruptions of the local volcano) or to travel to one of a number of preset locations across the island. It’s a pity that more direct control isn’t possible, but this is an interesting concept nonetheless. 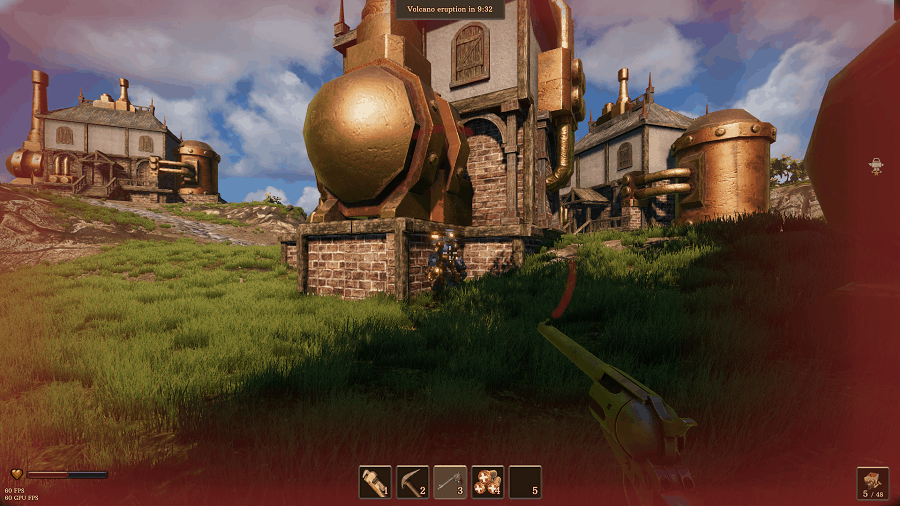 Key resources include coal (for fuel), copper (for crafting) and sulfur (for firearms). More valuable versions of these resources are available as the game progresses, but the fundamental crafting mechanic remains the same; place resources into a storage bin and then produce useful gear at the production terminal.

Coal provides power for the various stations in your drill-ship and so one needs to manage the power consumption of each section to keep things running.

You vs. the Volcano

Unfortunately, the threats on the island are not particularly diverse at present; the villainous robots behind the volcanic activity are all over the island and seem to be the only real danger beyond lava and the ever-ticking clock before the next eruption.

Hopefully, more foes will be added in future; even diversifying the robots beyond their humanoid incarnation would be an interesting addition.

Visually, Volcanoids is stunning. The island is rendered in beautiful detail and the regular eruptions of the volcano are actually quite spectacular when viewed from the safety of a periscope.

While there is no music of note, the game does have some well-produced if slightly repetitive ambient sound effects that help to alternate between the peace of the mostly abandoned island and the tension of the nearing eruptions.

Volcanoids is an interesting take on the survival/crafting genre that will certainly appeal to steampunk fans and efficiency engineers alike.

That being said, the game is still fairly bare bones in many ways, and there is a sense that Volcanoids still has a long way to go. The game is still in Early Access, so this is one to keep an eye on; in time, this could be an excellent and aesthetically unusual survival experience. 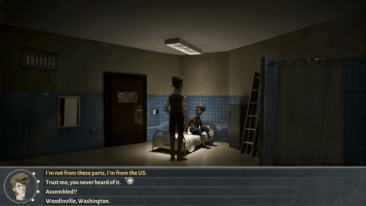 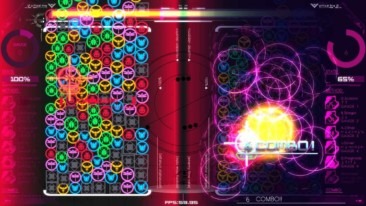