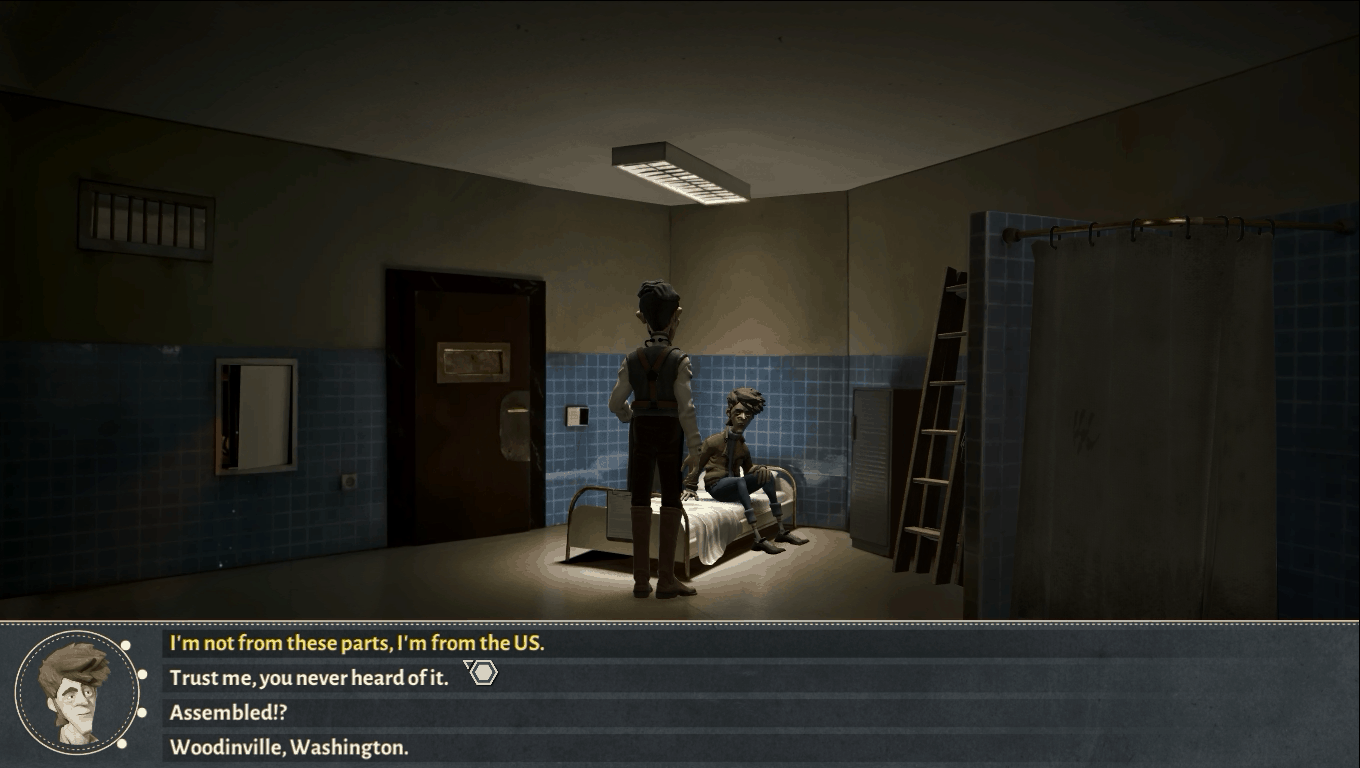 When I first booted up Trüberbrook by btf GmbH, I was stunned. I watched this stop-motion cut scene of a bus driving up a hill. Everything was so detailed, and I was immediately looking forward to playing this point-and-click adventure game. It’s one of the few games to implement photogrammetry technology, which gives it a lot of visual charm. 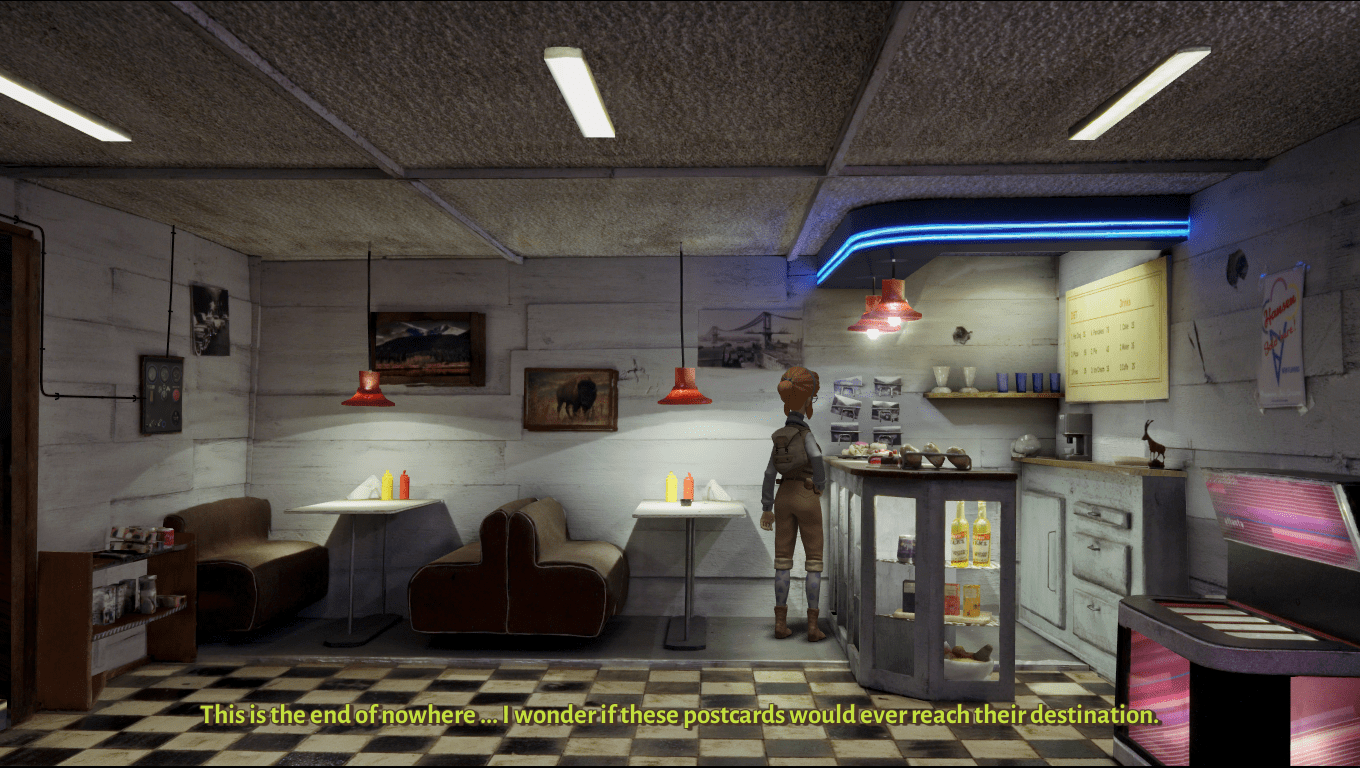 You play as Hans Tannhauser, an American scientist on a trip to Trüberbrook that he won in a raffle he has no recollection of entering. This mysterious trip leads Hans on a sci-fi journey where he’ll have to uncover a mystery of not only the town but why he was chosen.

The narrative, unfortunately, leaves a lot to be desired. It has good themes and tropes one would expect from a sci-fi story, but the narrative isn’t as interesting as I would have liked.

There are plenty of times where I felt like I was just going through the motions, not particularly caring about what happens next. Characters, for the most part, are one-dimensional, and Hans himself isn’t an interesting protagonist. He doesn’t even really change by the end of the game.

Puzzles the Village Idiot Could Solve

The gameplay itself left a lot to be desired. Almost all of the puzzles are straightforward, and most of the items you pick up are useful. This makes solving puzzles and progression really easy. The game felt like a backtracking-fetch quest for objects without much thought involved.

This wouldn’t be an issue if the narrative was entertaining or engrossing, but since it’s not, the game’s easiness left me wanting more. The few instances where the game did add some challenge, it relied on trial and error or memorization.

The puzzles and narrative felt like an afterthought, but it’s clear the game’s visuals were not. Trüberbrook has sequences that can look incredible.

The game uses photogrammetry, a technique which involves using software to convert 2D images of real-world objects into digital 3D objects. Since all the backgrounds were done by hand, they look stunningly detailed. So much care and depth went into each one.

It makes my brain hurt to think about how much work was put into them, which probably explains why there aren’t many locations to visit in the game. Characters also fit nicely with the aesthetic of these backgrounds. They look akin to claymation dolls on a physical set.

It’s a visual showcase that doesn’t necessarily go all out by taking advantage of its genre. It’s more reserved and grounded, most likely limited to budget constraints. Maybe I’m being greedy when asking for more from the visual variety, but I think it’s because other elements of the game let me down so much that I wanted the locations of the game to be more out there.

The downside to the game’s stunning visuals is that the developers didn’t give me enough opportunities to appreciate them even more. Oftentimes, I wished there was some kind of zoom function.

For another example, some scenes sway the camera horizontally, giving scenes this uniquely pretty pop-up book effect. I wish the game did more of this, because it shows off the wonderful craftsmanship within this game. 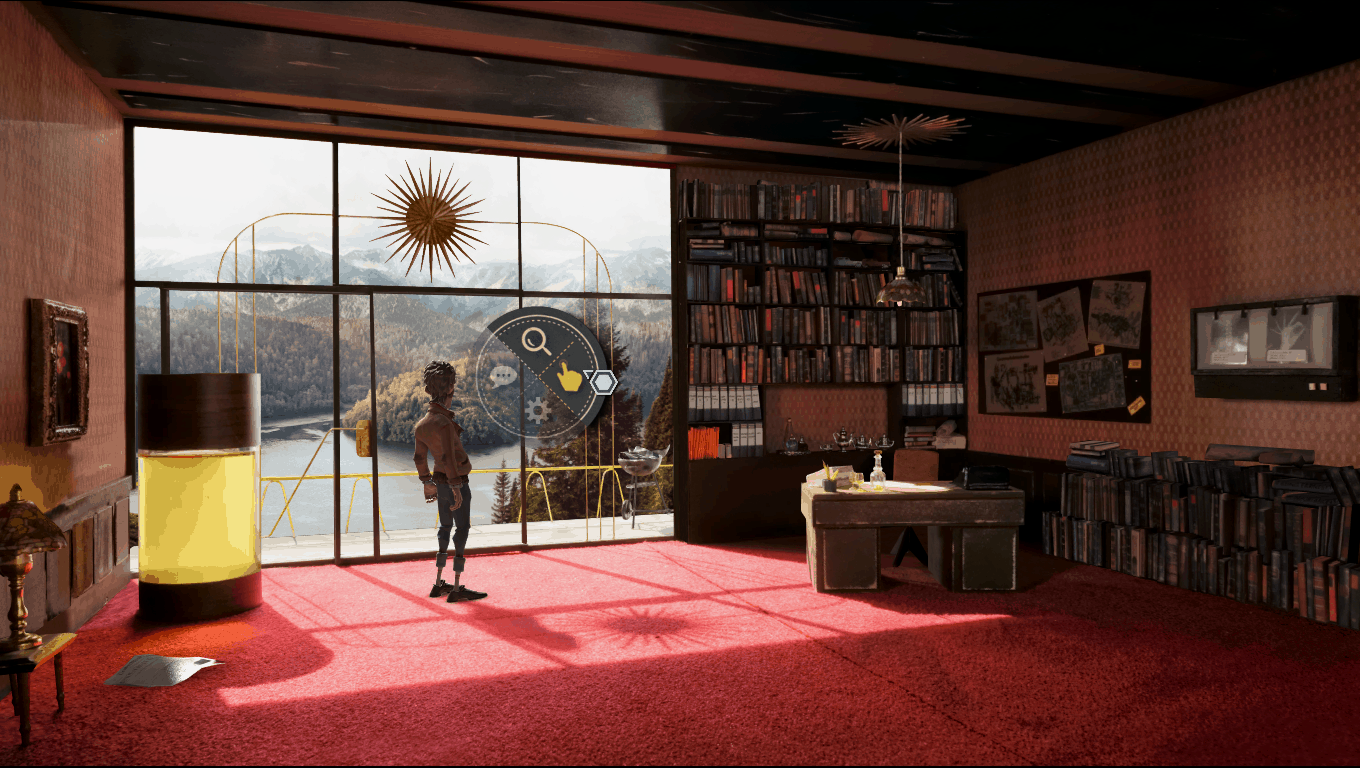 The vocal cast and music were consistent with the game’s tone. Voice acting was great across the board, as the actors did a solid job of giving them some personality.

Whether a character was quirky or sterner, the actors pulled off their performances. The music was a mix of ambient guitars, saxophones and jazz-inspired drum beats giving off noir and Twin Peaks vibes, while subtle synth melodies complement the sci-fi elements of this game nicely. Overall, a well-executed soundtrack that wears its inspirations on its sleeve.

Truberbrook had a lot of potential. It’s got a unique setting and elements of a great narrative. It unfortunately stumbles along the way, creating an unfulfilling experience. Its stellar visuals don’t do enough to propel this game above other, more entertaining adventure games on the market.

Trüberbrook is available via Steam.

Watch the official trailer for Truberbrook below: 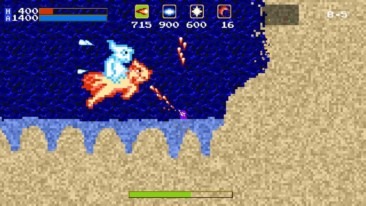 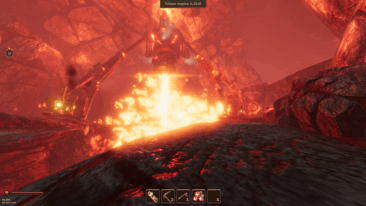