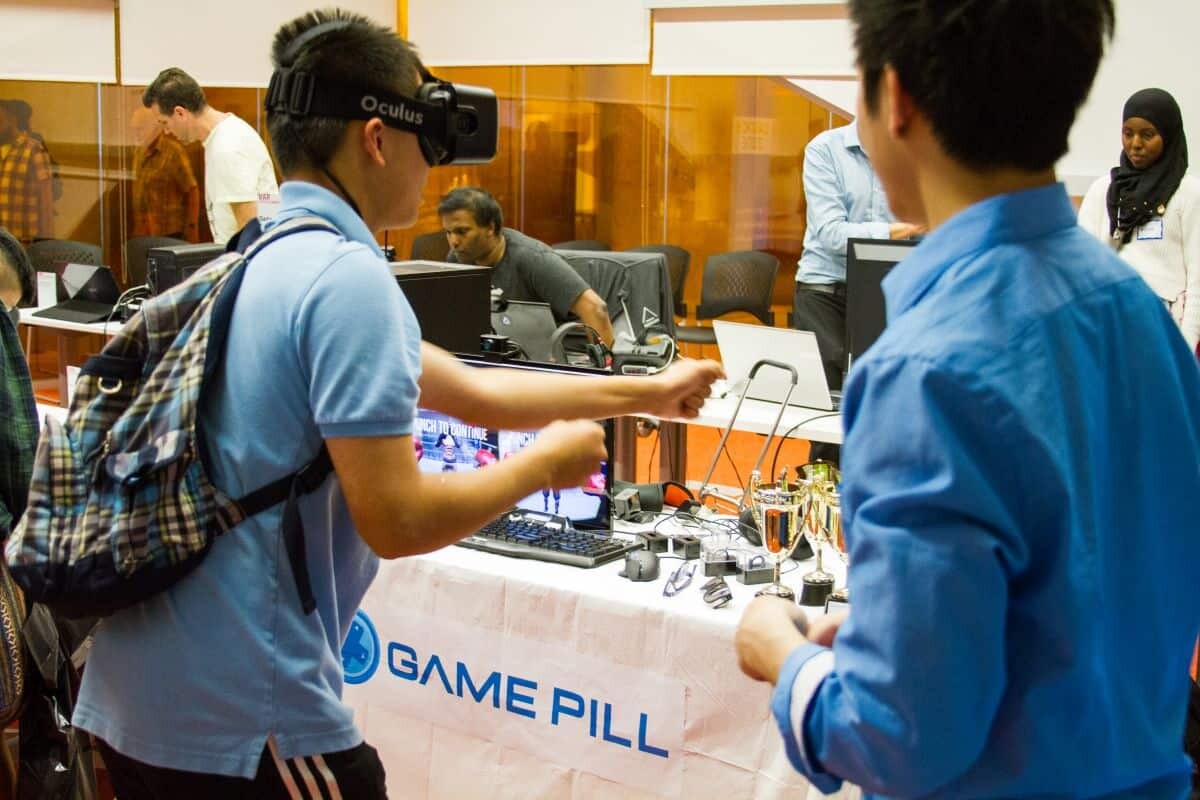 The Virtual and Augmented Reality Showcase was the inaugural Greater Toronto Area meetup of developers and enthusiasts of the raging VR craze. It began as a collaborative effort from contributors David Zhang (Vangard/ARTO), Joseph Ellsworth (VBAReality) and Keram Malicki-Sanchez (VRTO/Editor-in-Chief, IndieGameReviewer.com). 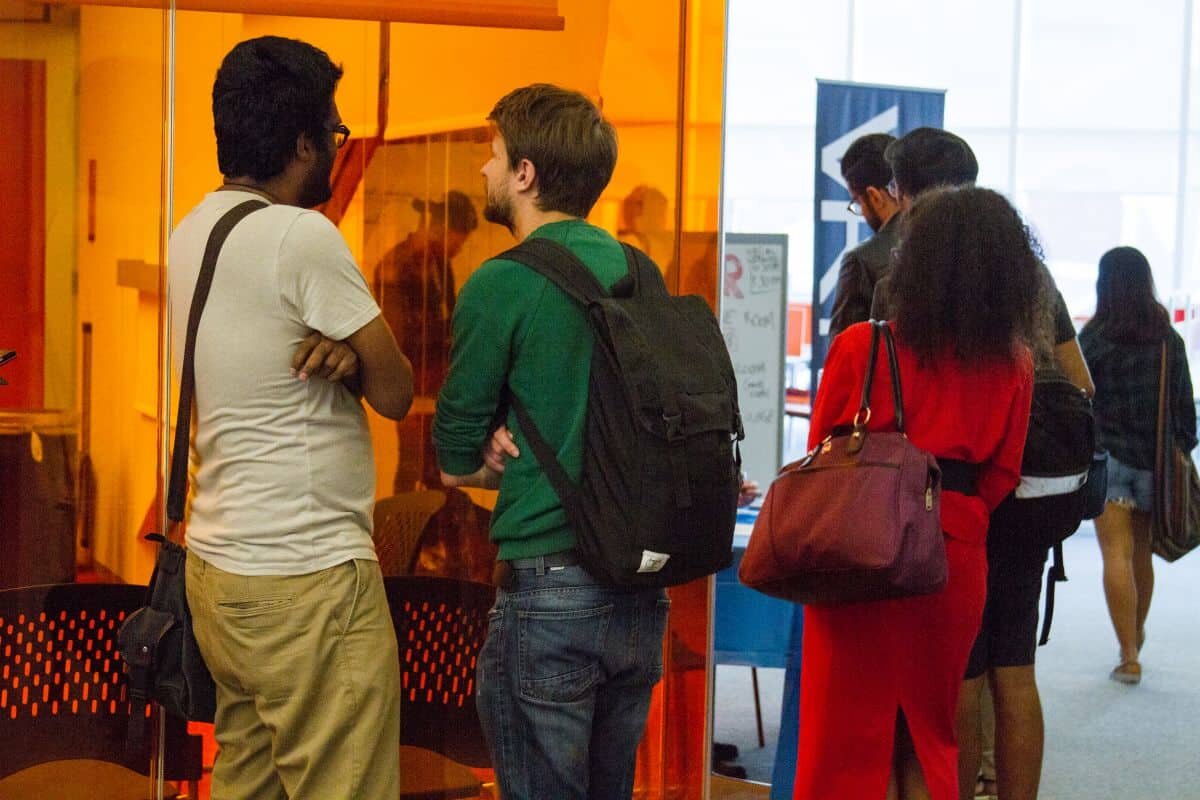 The event drew an enthusiastic crowd, most of whom were eager to dive into the interactive exhibits. While many spectators were familiar with the tech, there were several newcomers as well. And watching the reactions of people getting their first taste of VR never gets old…

A range of handheld/mounted peripherals designed to bring a player’s hands into the experience were used in several demos. In GET IN THE RING, Game Pill made use of two Nod gesture control rings to allow you to virtually box against an opponent by motioning like you are punching or blocking. Though the gesture based inputs weren’t the most intuitive, the 3D models were well crafted. The demo only included one boxer, there are others being developed for when the title releases commercially.

In Stephan Tanguay‘s Fists of Fire, the Leap Motion allows a player to conjure fireballs as a powerful wizard. A rival magician will randomly appear on one of several spires, so the player must quickly charge and fire at this foe, all while dodging incoming attacks to avoid being hit.

Seek a Boo is Neon Mountain Games‘ virtual version of Hide and Seek, and it pitted players with controllers against one player who was “it”: that player gets the VR headset, and must track down the other players before time ticks down. While controlling the “it” child is fun and engaging, the other players only have a brief moment to determine who they are on screen, though this was likely only a problem due to the constraints of having one demo screen.

I Am You by Cinehackers is a short film designed to be displayed wearing a VR headset. As the demo began, it appeared as though I was seated in a movie theater, watching a tale of a young couple making plans for their day.

The topic of their discussion switches to I Am You, a smartphone app that they have been invited to beta test. After some persuasion, the young woman agrees to try the app. By donning a headband that captures patterns in brain function, it allows the user to switch bodies with anyone else in range who is also using the app.

As the app engaged, the screen went black. When the lights came up the theater has vanished. I was looking through the eyes of the male character (though inhabited by the young woman’s consciousness), and the view was in full 3D. The effect was created through a head-mounted dual GoPro camera rig, and the results were incredibly immersive.

This next part, I say merely as a reflection of my own response, and should no way be considered a judgment against the film (which was really engaging): I found that the intimacy (however innocent) that the couple engaged in made me just the tiniest bit uncomfortable. I can’t say exactly what caused the effect…could it be the contrast to having watched the first half of the film in two dimensions on a screen? or perhaps I was still too aware of the sounds going on outside my earphones. I was still clearly watching a film…but what if someone was watching me? They were all sensations that I haven’t had watching a traditional film, and it speaks volumes of the kind of impact that this technology can have for filmmakers.

The diversity of interests shown by the crowd at VAR 2015 strongly indicates that VR and AR are more than niche technologies. With VR dev kits in the hands of so many developers, and commercially ready headsets slowly making their way to market, the intrigue behind the technology is gaining popular momentum. VAR 2016 is likely to be a much larger affair, so check on IGR for our coverage. 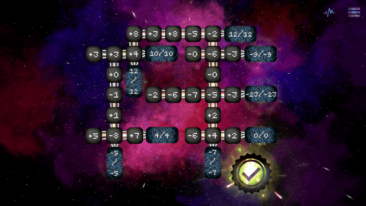 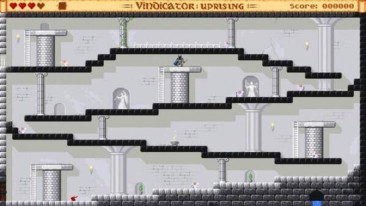