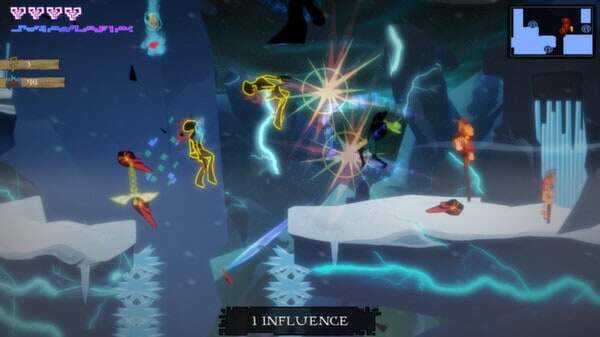 Getting My Indie Game Freak On

I have been running IGR since 2007. It, along with IndieCade, have been an experience not unlike Sundance – where once there were several dozen new entries from underground murmurings of radical ideas, minds and methods – within 5 years there was such explosive growth in this cottage industry that we can no longer dream of covering, let alone even being exposed, to all comers.

Even with 12 writers working with me (give or take), playing games, researching them, reviewing and copyediting their takeaways, we can barely keep our heads above water. So, it was an interesting year. I can’t really decide whether there were less obvious standouts because there were less truly radical, mind-blowing, path-forging new titles, or because it was hard to see through the grey ooze of it all. But I still can’t get enough. I couldn’t be happier that this is a “problem.” The more people can express themselves through game design the better.

As the crew at IGR works to put together an aggregate list of the collectively chosen Top 10 indie games of 2014, I will throw my hat in the ring and share 5 games that I personally enjoyed and that stood out for me and that you probably didn’t play.

Echo of the Wilds

I discovered this game in a low-cost game bundle in the middle of summer. When I first opened it, I thought it was a 16-Bit retro-arty 2D platformy survival game. Until an antler-wearing demon haunted my dreams and I woke up in an abandoned apartment with a snowy TV screen like I was stuck in a Twin Peaks rerun that wouldn’t shut up. And then weird stuff started happening. I then clocked 12 hours discovering its mysteries and learning its crafting system and trying to survive long enough to figure out just what the hell was going on. 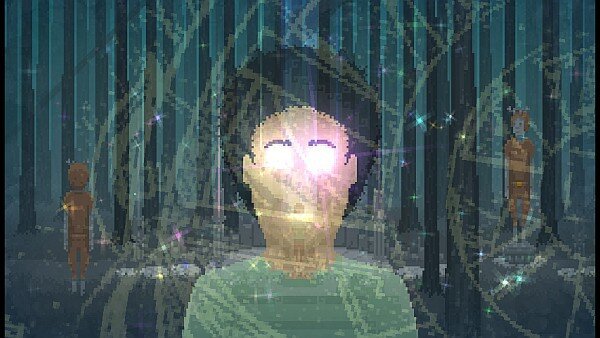 That last sentence could describe Don’t Starve very well, actually. But this is not Don’t Starve. This is a different game than that. It made me feel uniquely like I was playing Echo of the Wilds. If you are ever bored of stuff, try this, it’s kind of like salt peter. And will creep the ever-loving shit outta you.

Here is my complete review of Echo of the Wilds

I have been a fan of Spry Fox‘s since Triple Town‘s deceptively simple matching puzzles on my e-ink Kindle. Road Not Taken is built around a similar architecture – of matching things to affect things – but boasts procedurally generated emotive tales. I don’t know if it’s ALL that, but iterates the mechanic of combining things to clear pathways that lead to unlocked arteries by throwing them at each other. it also features a delightful children’s illustrated book art style. 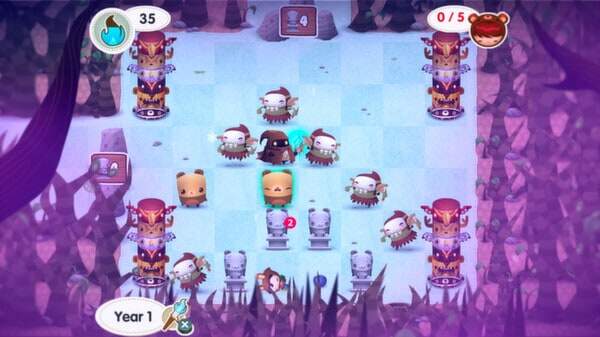 Beware, though, as you have limited life force and must balance this with the weight of the objects you are manipulating lest you become too exhausted and die. You have a house with little equipable totems that modulate your actions in the world in some way. I don’t think this is one of the most thoroughly outstanding games of the year, per se, due to the fairly simple core mechanic, but what the game does with that, I won’t soon forget it. That counts for a lot in my book.

Get Road Not Taken on Steam

Dungeon of the Endless

Welp, I am clearly either a Roguelike addict or a sucker for punishment. Dungeon of the Endless covers both. In the – “so many genres, it might just be its own” category, is the Roguelike/Tower Defense/Resource Management sibling in the truly rich and fascinating “Endless” Universe that stretches across two other games: Endless Universe and Endless Legend. This game is really hard. And really hard to put down. You have been warned. Step through the door and you will fall into the “just one more door” paradox, perhaps endlessly…

Here is my complete review of Dungeon of the Endless

Hrm. I see a pattern forming here. I like Roguelikes, Tower Defense, am a glutton for punishment, don’t really care as much about narrative, but am a huge advocate for great world-building, if such distinctions can be made. Defense Grid 2 is not so different from Defense Grid 1, but it’s bigger, better and just as awesome. I spent too many irretrievable hours of my life restarting stupid fricken impossible levels that I ALMOST had, until that damned fricken zerg…anyway, it was worth the money. And also, I could probably listen to Alan Tudyk‘s quirky line readings all day. Forever.

Here is my complete review of Defense Grid 2

An esoteric platform beat ’em up. Levels are procedurally generated, and boss fights are never the same. In fact which boss you encounter at any given time is dependent upon which rooms are randomly chosen at the start. Strangely, this modular map creating system is the same I discovered in Echo of the Wilds.

Combat is made up of blink attacks, spell casting, melee, parrying and stunning enemies which can then be directionally launched to cause further havoc. Additionally, there are dozens of powerups, weapons and stat upgrades that further customize each experience. Enjoy it, even with a friend via local co-op, because the permadeath is cold-hearted. The art style is unlike any I have seen anywhere else, and the world-building is quite novel as well. There were some some hiccups, some crashes and other minor quibbles, but I couldn’t forget it; I kept coming back for more. This one may get too soon forgotten, so I am going to give it a little shrine here on my post in hopes someone will occasionally bring it an offering.

Get Ascendant on Steam

Did any of these games make your list of favorites? Let me know what you thought of them in the comments section below! 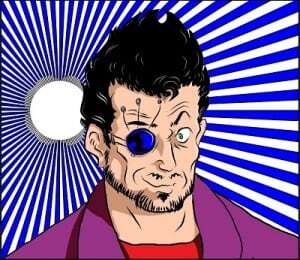 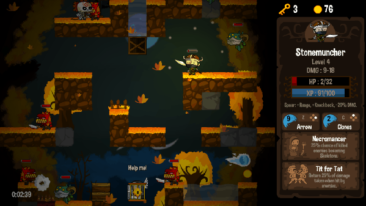