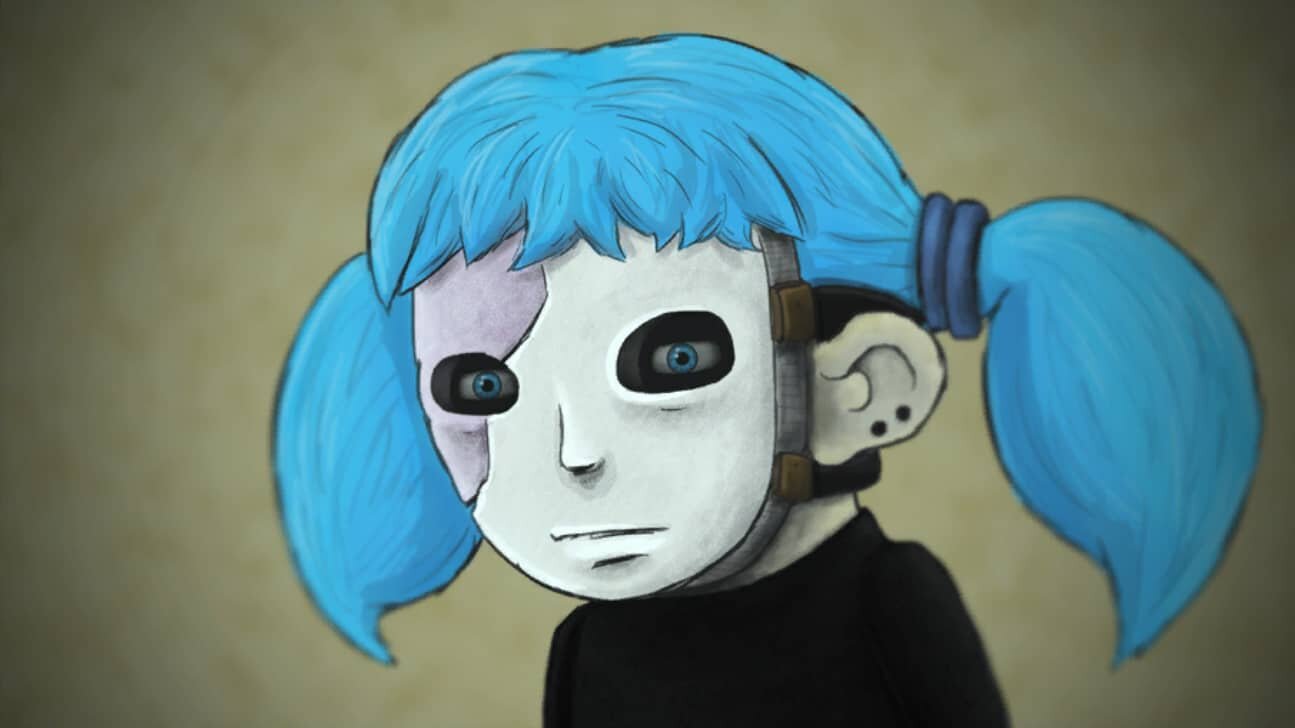 A one-man labor of love from developer Steve Gabry, Sally Face belies its primitive, often disturbing imagery and themes with a ton of heart.

Protagonist Sal – the eponymous “Sally Face,” so-called because he wears his hair in pigtails and hides his face behind a prosthetic mask – is an unrelentingly positive and helpful high school kid, despite his off-putting appearance and more than a little family trauma.

Sally Face puts this juxtaposition of good and frightful throughout; ghosts appear with gouts of blood and gore despite being largely benevolent presences, and characters like the disfigured lunch lady – and Sal himself – are a constant reminder not to judge by appearances, no matter how initially upsetting. 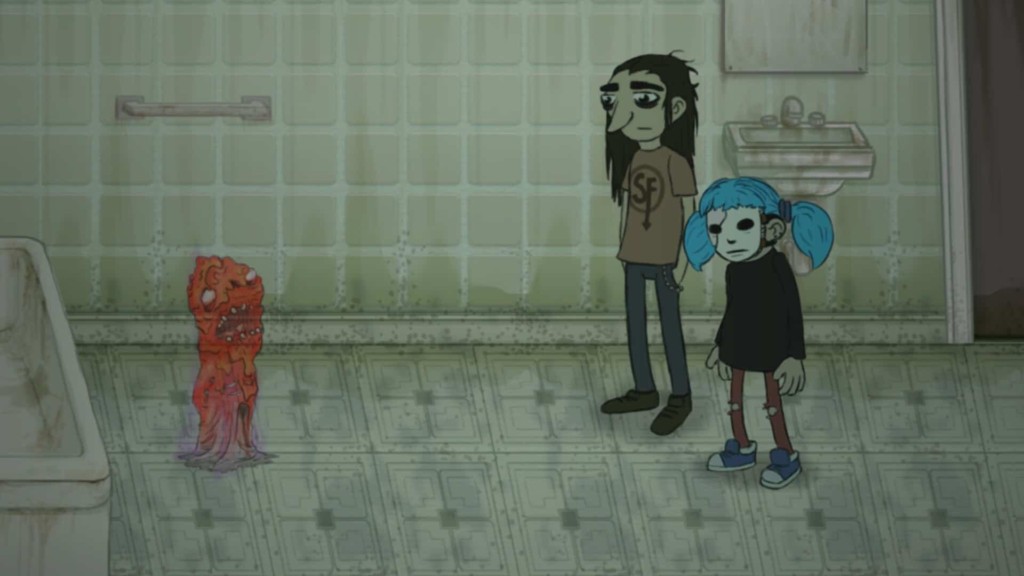 That interplay between appearance and reality is a theme throughout, and both the weirdness of the game’s characters and its main environment, the crumbling and haunted Addison Apartments, and its use of dreams and nightmares as plot devices are heavily reminiscent of David Lynch in general and Twin Peaks in particular. (Sal is also clearly a fan, judging by one of the posters in his bedroom.) 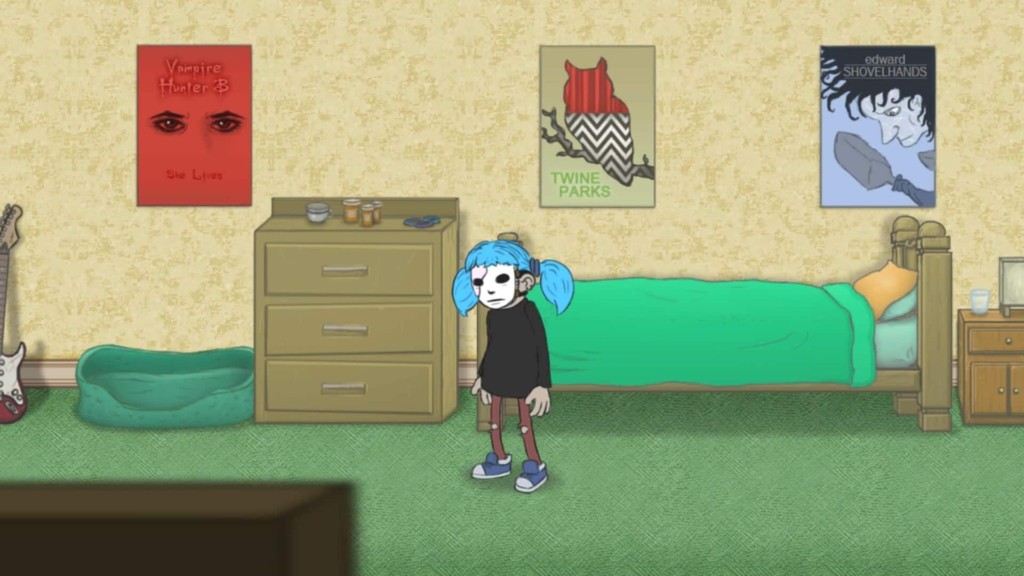 Behind the Mask, a Puzzled Expression

The game mechanics itself are fairly simple, mostly in place to move the plot along, which is a relief (should you get stuck, there are regular prompts in the inventory section). They also largely make sense within the context of investigating the weird goings-on of the hotel itself, though a preponderance of numerical code puzzles in the third episode is occasionally frustrating.

That isn’t to say that Sally Face is devoid of more traditional “game” elements. There are all sorts of secrets to be found, many of which help to further character development, and even a game within a game playable on Sal’s handheld Gear Boy console (which can also detect ghosts). 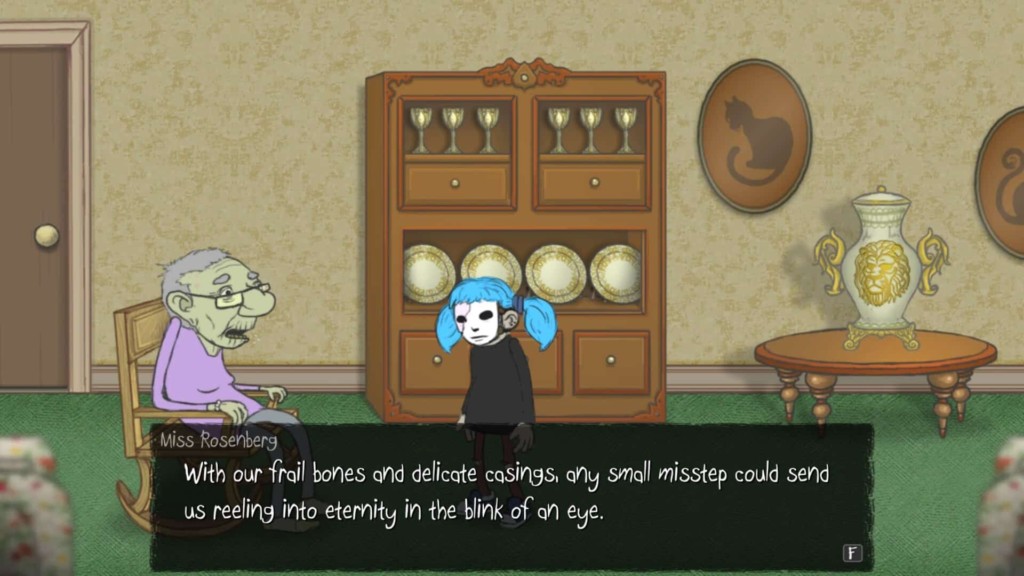 Out of the Ordinary People

More than the puzzles and secrets, more than the murder mystery and ghost story plots, though, it’s the characters that got me hooked on Sally Face. Gabry’s deliberately primitive, cartoonish art – which makes just about every character look sort of weird and creepy – emphasizes that all of the game’s characters are deeply flawed, but there’s a hopefulness here that’s too often overshadowed in games with similar themes.

From the agoraphobic apartment owner to the death-obsessed spinster to Sal’s heavy metal-obsessed best friend, these are characters I want to spend more time with, and the artful way that Gabry hints at things like parental neglect and alcoholism without discussing them outright just makes Sal and his friends and neighbors seem all the more real and all the more sympathetic, despite their obvious quirks.

Gabry has released three episodes of five so far, and while I’m looking forward to the overarching murder trial to resolve itself, it’s the littler things, the budding friendships and interactions, that have me most eager for the final two chapters.

Sally Face is available via Steam and Itch.io.

Watch the official trailer for Sally Face below: 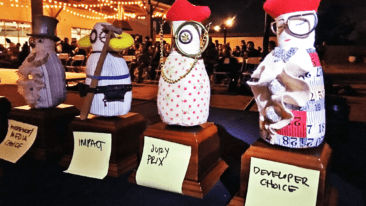 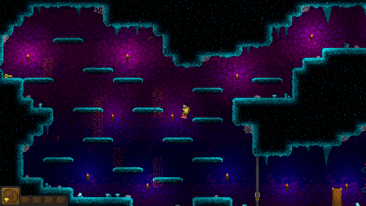 Ghostory Review – An Out of Body Puzzle Experience