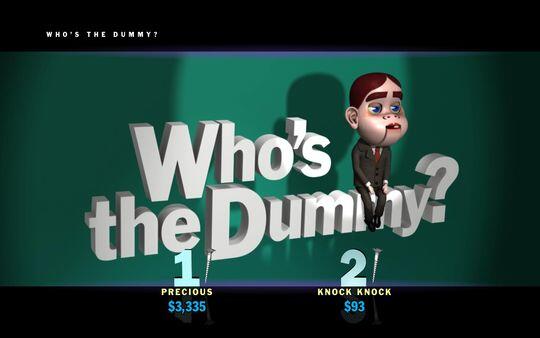 You Don’t Know Jack: What We Think

Jackbox Games, once distributed by AAA publishers, has now decided to go-it-alone and self-publish through various outlets and platforms like OUYA and Steam. Updating all of their trivia to contemporary pop cultural references, this intrepid dev team has completely renovated the ultimate party game.

After huge success in the 90’s – when MTV was still playing music videos – I remember playing YDKJ as a browser-based game. I think it was ad-supported because well, I didn’t pay a subscription and there was no such thing as “cloud based services” back then. So when I saw this popping up again on contemporary distribution platforms I had two reactions: 1. Oh that old game? and 2. Oh that game was so much fun back in the day.

What’s cool about the new version, and the OUYA version especially, is that it allows use of any gamepad (PS3, XBOX, OUYA controller) or any iOS or Android mobile device using a free-to-download app called JackPad on the Google Play store and iTunes App Store, so literally anyone can play within a few seconds. The app just requires that you connect to the same WiFi as everyone else and BOOM, you are ready to go. Response times are critical in YDKJ, and we found no lag whatsoever with mobile devices vs. gamepad controllers.

The usual barrier to entry/resistance for new players typically goes like this: “Oh I hate trivia games, you guys are so good at geography, you’re just gonna kick my ass, what’s the point?” What YDKJ gets right, is that while the knowledge required is fairly common and simple, the real game is in how they pair concepts, thus making it a consistent game of solving their logic in favor of actually knowing a lot of stuff. The metaphors and mashups are also legitimately comedic – host Cookie Masterson’s narratives are laugh-out-loud funny, as are the slickly animated interstitials. It’s like playing MTV’s “Remote Control” with your friends and family without having to touch a VHS player.

References to things like Dexter and Lady Gaga percolate throughout, so it is clear that the game has been rebuilt for today’s audiences. Unlike that old Trivial Pursuit tabletop game you have collecting dust in your closet, there wont be any questions about baseball players’ batting averages from the 1970’s.

The typical session features three phases – the first of which include the classics like “Dis or Dat” and “Funky Trash” wherein you get a series of three clues and then figure out who’s trash it is.

The second phase, all points are doubled and the the third phase you get “Jack Attack” where you must match up words with proper nouns in fast succession.

Party At The House That Jack Built

The base game is free and comes with 11 episodes and you can purchase an expansion pack of 20 additional episodes for less than a fiver. YDKJ is without a doubt the party game of the year; it may not be the most innovative, but it makes excellent use of contemporary tech and is polished as Christmas dinner plates. A best buy for owners of OUYA and a solid choice for anyone considering a local co-op romp.

Heck, the micro footprint of an OUYA – an indie-game focused console, with a local co-op focused catalog, which requires nothing more than an HDMI cable and a free wall outlet to set up, and maybe a wireless Microsoft USB dongle for gamepads (optional for 10 bucks) makes buying one for 99 bucks worth it just for a game like You Don’t Know Jack.

It really is that much fun.

Get To Know Jack

We only hope that JackBox stay the course and releases another expansion, as once you have played through an episode and know the answers, replayability drops substantially (though there is still some randomization for timing-based puzzles).

But hey The Onion A.V. Club called it “the best party game ever made,” if you don’t want to take my word for it…

NOTE: We are reviewing the OUYA version explicitly, the experience may vary with the Steam version.

Get YOU DON’T KNOW JACK on Steam 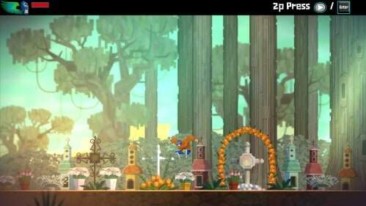 Review: Guacamelee! by Drinkbox Studios – Making Piňatas out of Demons 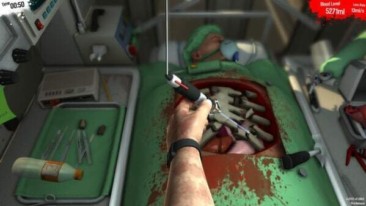