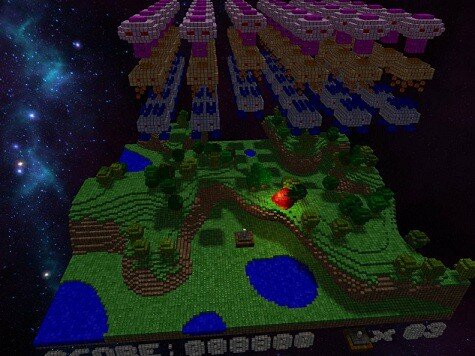 Voxeliens is a retro-style arcade shooter for the PC, in which you defend your planet from waves of descending enemies. The gameplay is simple and fast paced as you battle your way through different environments using a variety of powerups. Think Space Invaders would have been better in 3D? You’re right!

Voxeliens is a simple game with a simple premise: It’s Space Invaders in a 3D environment built of voxels!

There are a few enemies that by all appearances do the same thing, which is float overhead and drop bullets at the ground. When you kill them they have a possibility of dropping one of two types of power-up – one that makes you shoot wider and another faster. I don’t think you can use these power-ups together as they don’t last long and I couldn’t get one to drop while I already had another activated. The game holds only ten levels and several of them look and feel very similar. All in all this game lacks any depth, there are no online leaderboards, and nothing exciting is introduced by today’s standards. I’d call this more of an engine showcase application for the company’s PolyVox technology rather than a game.

Volumes of Fun, the game’s creators made the open source voxel terrain library engine that this game was built upon, which is impressive, but doesn’t make the $3.99 asking price for the title any more palatable as a game in its own right. It isn’t a terrible idea to re-imagine a classic game from a new perspective, but I think here it really shows that the developers didn’t consider what might be required to hold a customer’s attention in so doing.

That said, it will be interesting to see what other games emerge from the PolyVox engine which the company has made available for free under a zlib license that allows for commercial use.

Download a free demo of Voxeliens at the Official Site 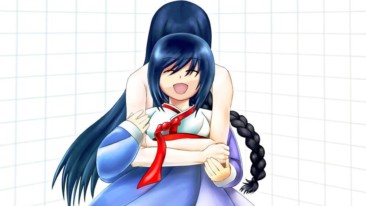 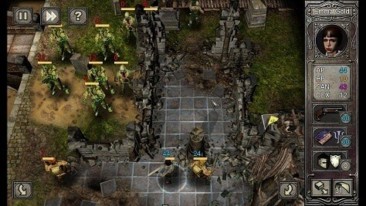 Call of Cthulhu: The Wasted Land – An Indie Game Review