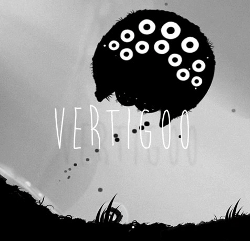 Vertigo: What We Think 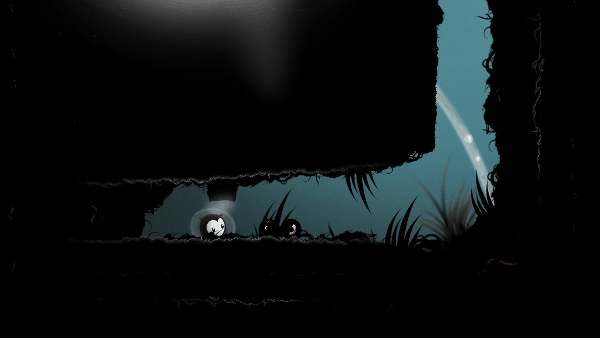 As The World Turns

In Vertigoo, your goal is to spin the world either left or right and guide her children – which are all shaped like circles – through hazardous levels. Each level contains a certain amount of white orbs representing Mothergoo’s remains. You are then rated at the end of each level based on how many orbs you collected. Although every level is short, which helps alleviate frustration, they get increasingly difficult. The game does a good job varying the levels enough so that they feel different from one another, and mixes things up further with special orbs that can also be collected and either alter the goo children’s size, or the world’s gravity. 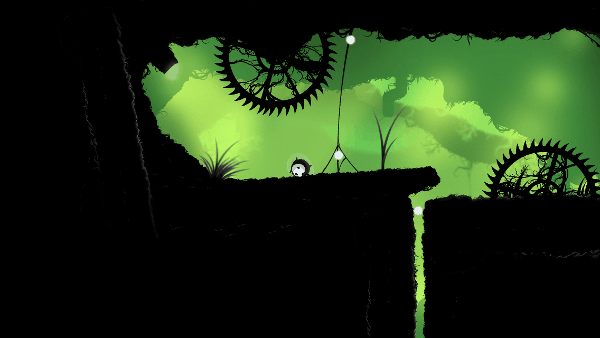 In one of the early levels located in the first hub world, the game introduces the gravity-altering orb. Weightlessly floating through the air in concert with a soothing piece of music was relaxing and a lot of fun; I felt this level served as a good break from all the difficult levels that preceded it. Of course, given the nature of this game, the later levels that contained gravity orbs became more and more challenging and less fun. I feel that of the three hub worlds, the first hub world was the most balanced in terms of difficulty, and that the game could have benefited from more laid-back levels to balance out the difficulty even further.

Vertigoo’s controls feel responsive and sensitive enough that they don’t feel like a hindrance. Spinning the world is as easy as swiping your screen left or right with your finger. The controls are simple, but work well for this type of game. Once you master the swipe controls, levels become a lot easier. Knowing when to utilize big swipes is essential for the levels later in the game.

Mostly ambient and never overbearing, the music mirrors the strange world of Vertigoo. The sound of crickets chirping, or a faint heartbeat in the background add to the dark ambiance. Music changes enough to the point where you don’t feel like you are listening to the same couple of tracks on repeat. I appreciated when the game chose to play music and when it decided not to. Music constantly playing in the background could have been a distraction amidst all the action and made the dark ambiance less effective. 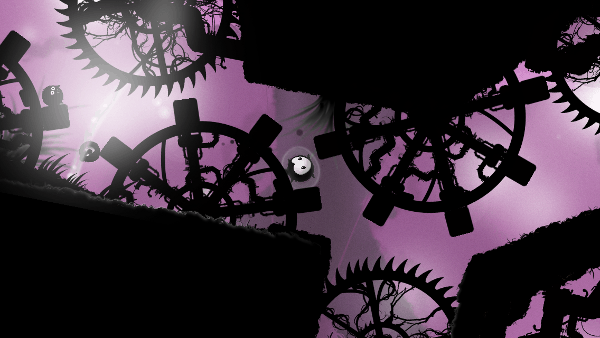 Vertigoo’s art style is familiar for anyone who has played Badlands, Limbo, Hero of Many or Insanely Twisted Shadow Planet, but is very nicely executed nonetheless; different colored backgrounds not only make the world more fetching, they also contrast well with everything else. I particularly liked the light blue colored background since it fit nicely with the black architecture. From the deadly traps to the harmless pipes, it is all highly detailed and a treat to look at. It is rare that I stop playing an iPhone game just to stare at how fantastic it looks, but that happened multiple times while playing Vertigoo.

Goo On The Gears

Unfortunately, Vertigoo suffers from a serious problem: Stage nine in world three is unbeatable. You get to a certain point in the level where you guide one of the goo children through a narrow tunnel. At the end of the tunnel the goo child you are guiding is forced to pick up an orb that makes it bigger. Now that you are bigger there is no going back through the tunnel you came from and the tunnel ahead which would lead to the end of the level is too small for the child to fit through. I was having a great time with this game and was disappointed when I encountered this issue, especially so near to the end of the game. We contacted the developers about this problem and they responded by telling us that they’d try to fix it in an future update. 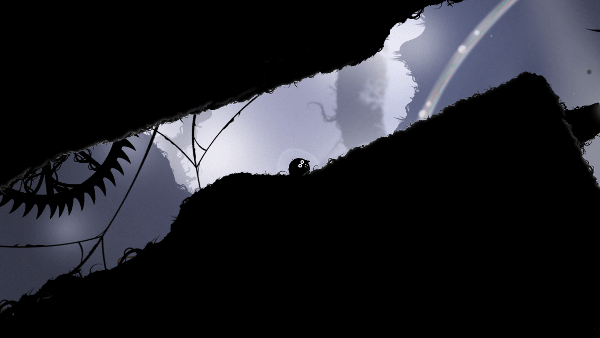 I’d easily recommend Vertigoo to those people who want a challenging game to play on their iOS device. The controls are responsive, it looks fantastic, and the levels are varied enough that doesn’t get stale. Not being able to complete the game is a problem, but I’d still recommend it for the levels you can play through.

Get Vertigoo Free at the iTunes App Store

Watch the Official Trailer for Vertigoo: 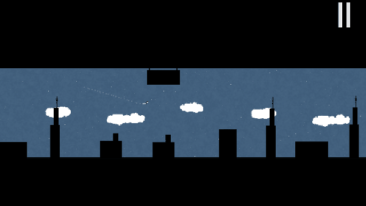 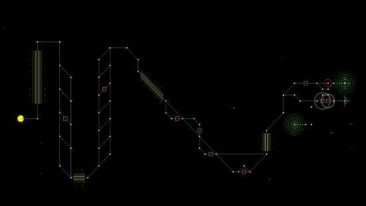