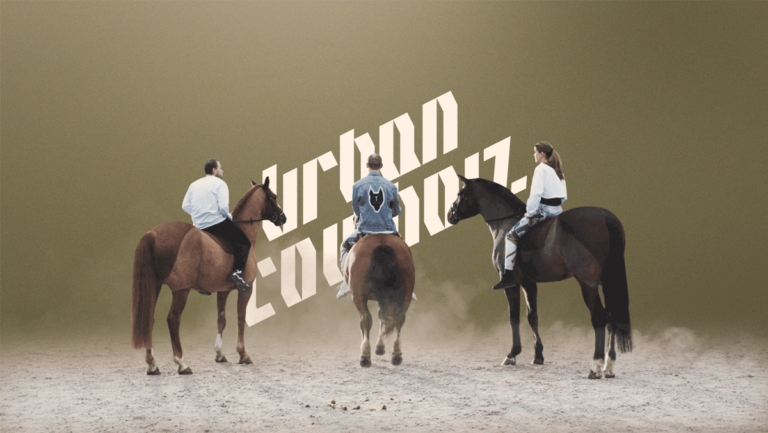 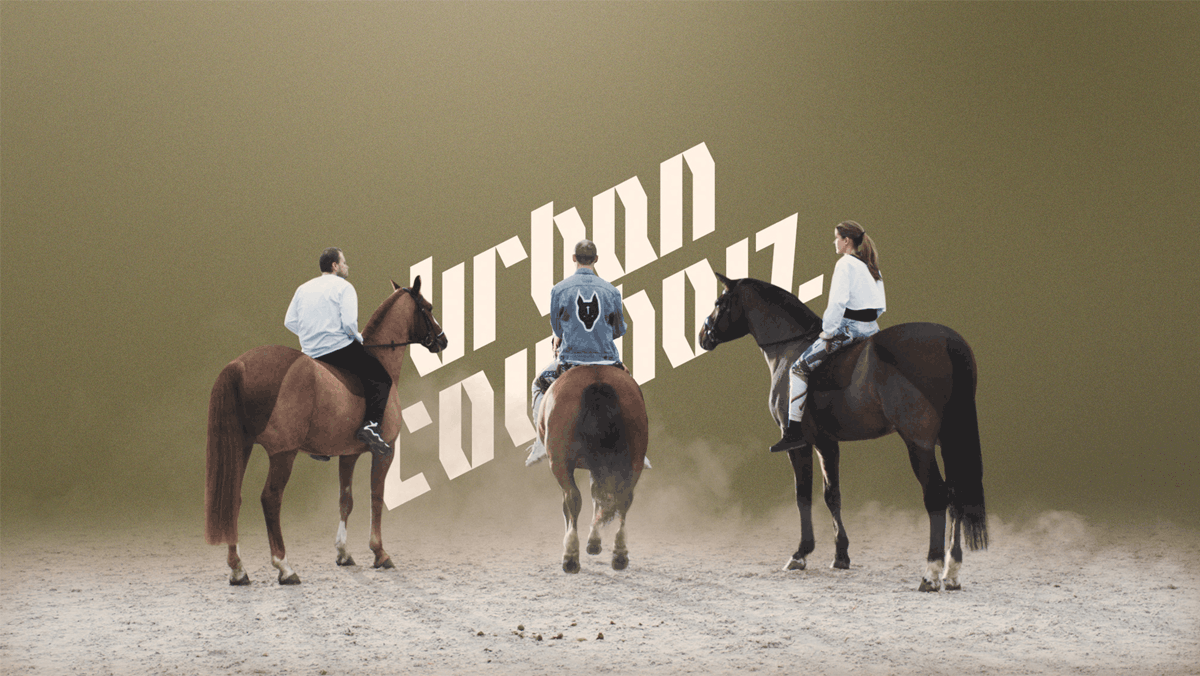 Urban Cowboiz is quite unlike anything I’ve ever seen: sort of a cross between Nicolas Winding Refn’s Neon Demon and a clicker matched up with an endless runner and a tracing game. Urban Cowboiz showcases the culture of Irish gypsies who traditionally ride horses through the London suburbs but also show off their skills to showcase the quality of the horses to which they have bonded for life. 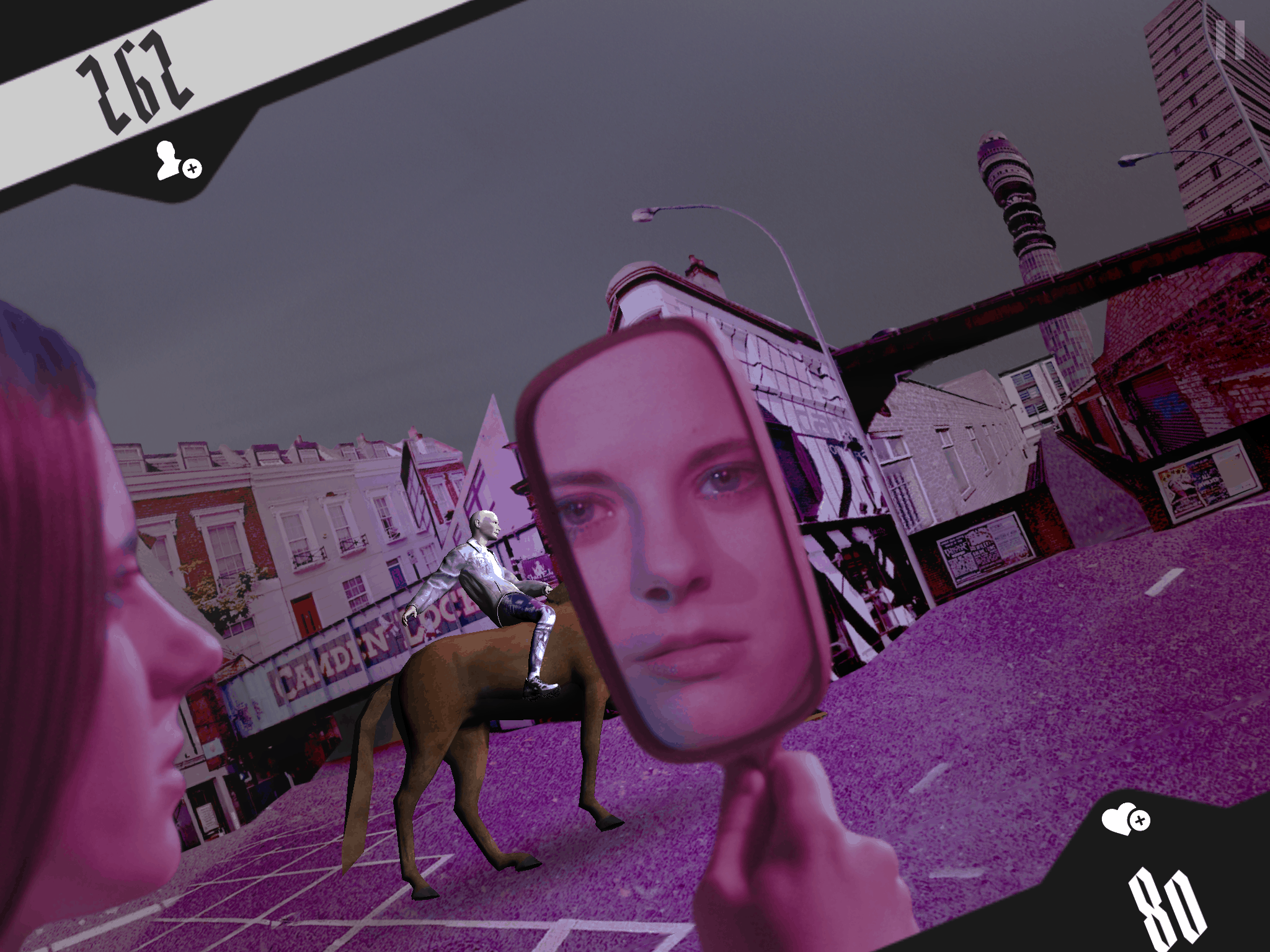 Time of the Gypsies

Immediately, Urban Cowboiz sets itself apart from the pack with eye-popping hyper-contemporary visuals using decoupage photos of young fashion-forward hipsters in various states of undress and emoting. The acid house soundtrack that sounds like it was crashed by PJ Harvey drives you forward as you trace out a series of patterns to perform tricks in order to gain Followers in lieu of points.

After a certain amount of time, day fades into night and, upon completing your your day, you must promptly share a screen grab with your IRL social network to retain the Followers you have accrued. If you don’t, your Followers start immediately trickling down back to zero, at which point the game is over and you are directed to a short three-minute documentary at the game developers’ homepage. 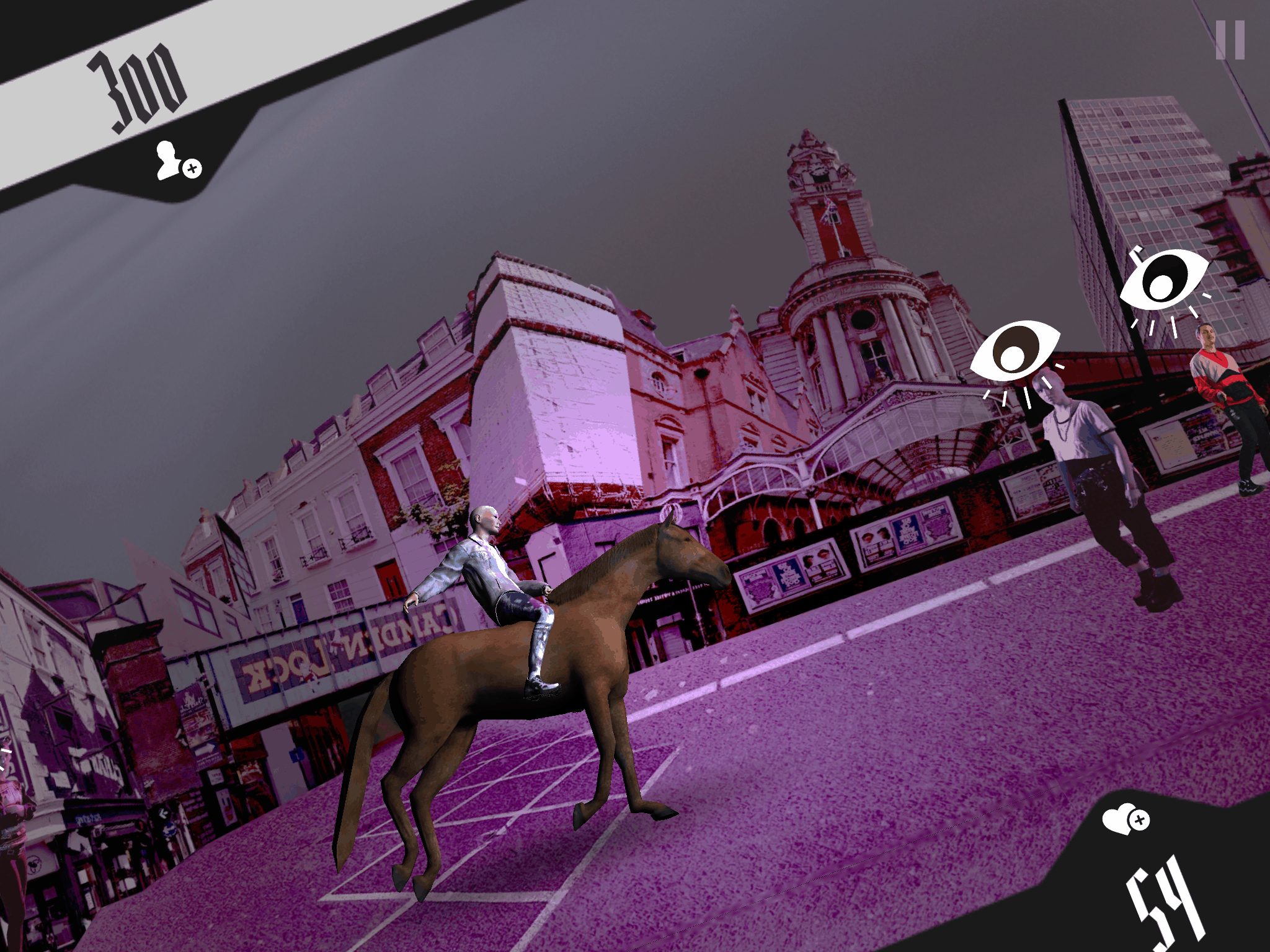 Urban Cowboiz is an investigation into the way in which culture is shifting to one of being recognized for having performed rather then the endeavor to perform well itself. It does exactly what we wish indie games would always do – which is to showcase worlds outside of our comfort zone and in such a way that we are more deeply engaged with the content by virtue of interactivity. I had never heard of the subculture or Irish suburban gypsy horseback tricks before having ridden through it, and such a unique perspective was truly a breath of fresh air in the game space. 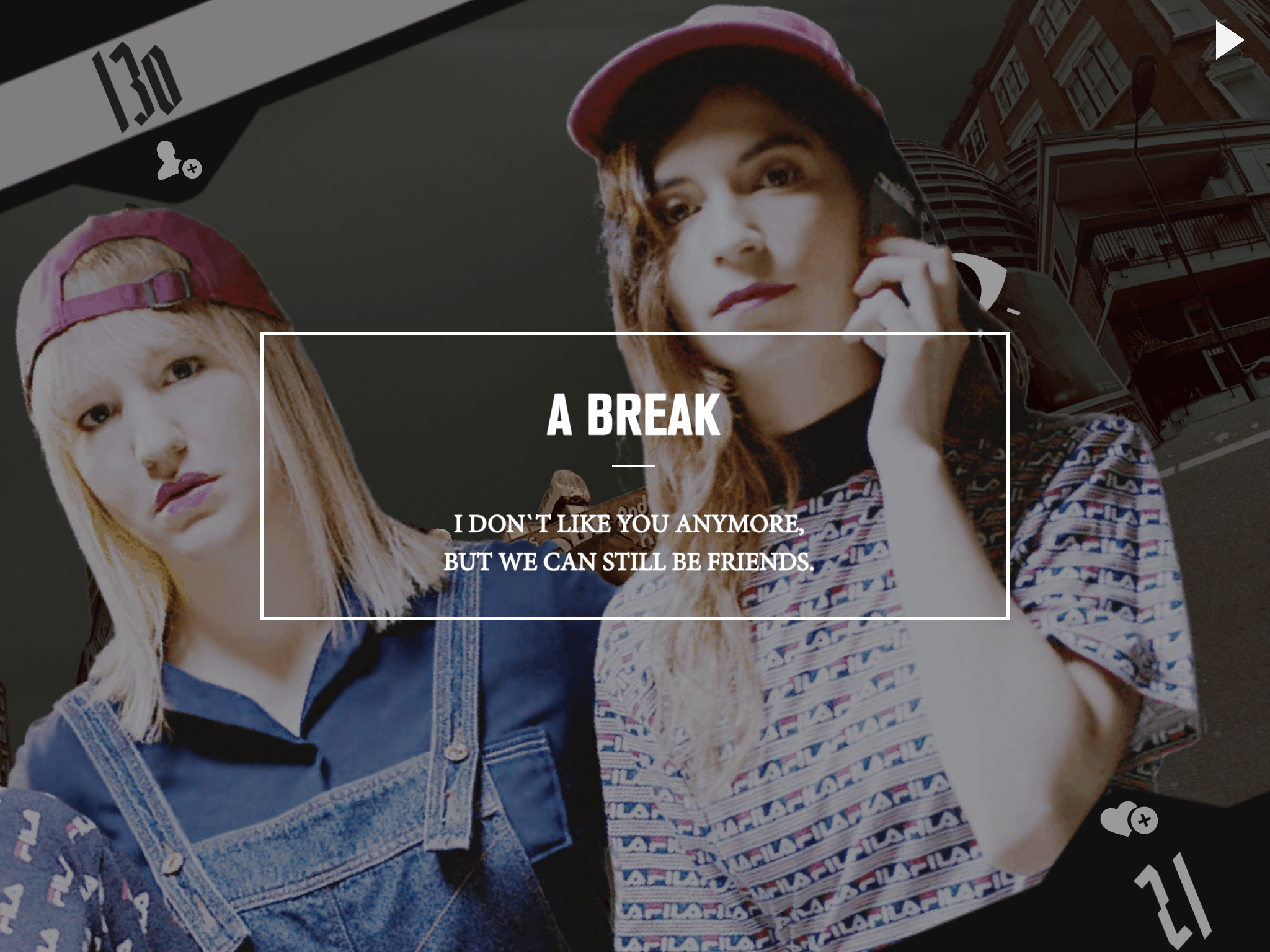 Papa Was a Rodeo

All that said, the game itself ends up being a one-trick pony; like most clickers or endless runners, you basically rinse and repeat the primary mechanic over and over again, and – unfortunately – as you move through each day the artwork starts to repeat itself fairly quickly, and the music also doesn’t change. Well, it does, eventually. Which is to tell me that the game really is meant to be a singular idea, highly-stylized to make a point.

On the other hand I’m awarding a full point for style and visual audacity and another point for sheer originality.

Urban Cowboiz is a fascinating romp that may keep you entertained for 20 minutes to half an hour, and I commend the developers for taking a chance with this approach to showcase a corner of the world that the rest of us may have lost in the haze of social media distraction.

Urban Cowboiz is available on the iTunes App Store. 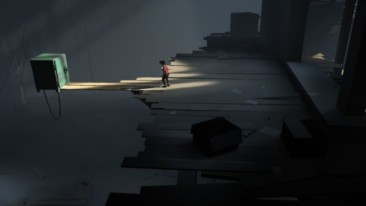 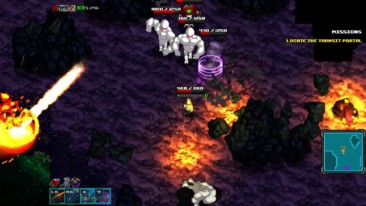