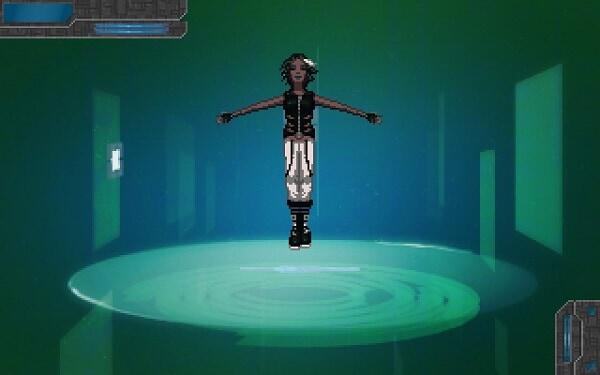 Technobabylon – What We Think 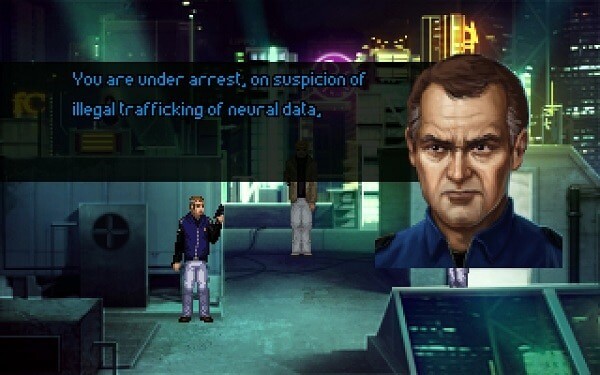 Technobabylon borrows literary film techniques by putting you in control of multiple characters to portray several different points of view. Unlike the Gabriel Knight games or Wadjet Eye Games’ own Rosa Blackwell series, which focus on a specific character, Technobabylon will see you at times working from the perspective of two detectives for CEL (Central Emergency Logistics, the AI-guided police force of the city of Newton) as well as Latha Sesame, an agoraphobic, Internet-addicted hacker. 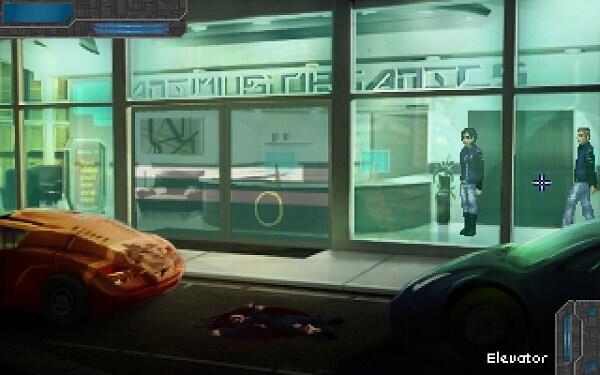 This gives Technobabylon a huge narrative advantage, especially as the various cases come together. This works especially well between the two detectives; one, Charlie Regis, is a former genetic engineer with a troubled past and a healthy distrust of technology in general and Central—his AI boss—in particular, while his partner, Max Lao, is young and forward-thinking, though already possessed of some interesting backstory of her own.

When the two are portrayed together, Lao serves as a good foil for Regis and an occasional provider of in-game hints, but later in the game, when she finds herself investigating her own partner, the game keeps you partially in the dark. It’s a nice change from adventure games with mechanics that force you to guide a seemingly stupid protagonist toward an obvious plot point. 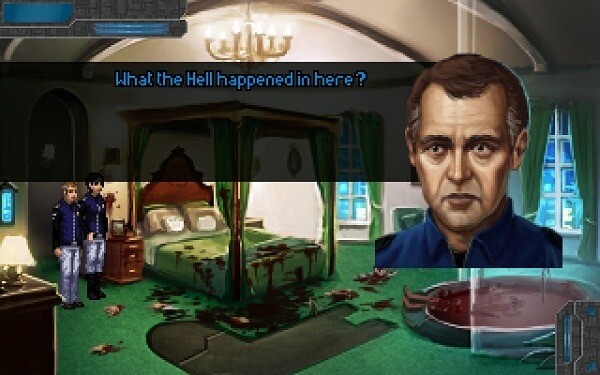 Speaking of game mechanics, they’re pretty standard here; if you’ve played any point and click adventure in the past couple of decades, you’ll have no problem catching on. That’s in no way a problem, either, because the puzzles are put together almost perfectly. You’ll definitely have to spend some time thinking and experimenting in Technobabylon, but you’ll never stumble across a solution that doesn’t make logical sense, and the game does a good job not bothering to cram your inventory full of items that have no in-game use. 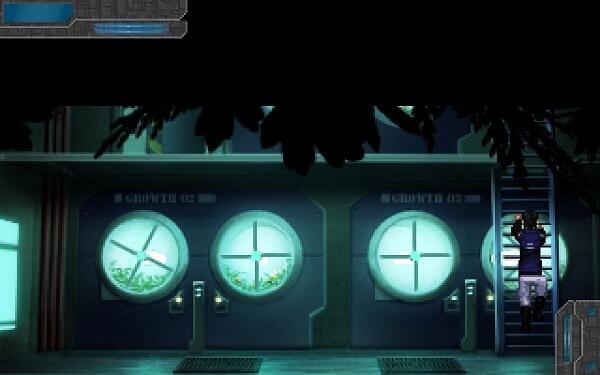 Technobabylon also does some neat things with its biotechnology-infused cyberpunk setting. You’ll find yourself using your CEL-issued Travelers (basically highly advanced smartphones) and even checking e-mail; one early puzzle even involves downloading a virus attachment from a spam message. There’s also the Trance, an augmented virtual reality outgrowth of the Internet accessible to characters with surgically implanted “wetware.” 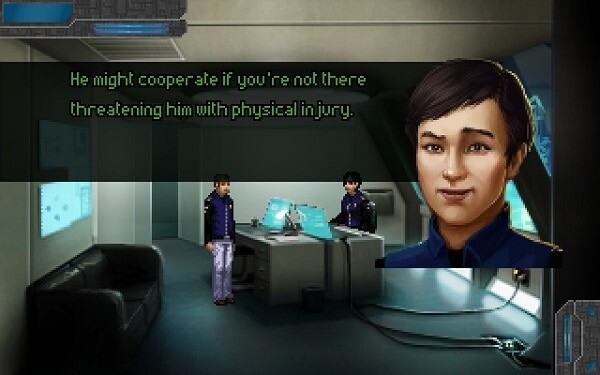 While you’re playing one of these characters (both Latha Sesame and Max Lao have wetware implants) you can interface not only with phones and computers but also other electronics…like food machines. And the virtual reality nature of the trance also allows for some interesting set pieces outside the typical mix of future-city slums, mega-corporation offices and luxury apartments for the ultra-rich.

Technobabylon’s world-building is incredible, with all sorts of subtle references filling in the background of its future history. These range from mentions of genetically engineered suicide bombers with explosive bones to a current youth trend of using recreational implants to simulate old-fashioned diseases to off-hand mentions of a small-scale nuclear war in southeast Asia.

It’s got quality voice acting—even the annoying voices are annoying on purpose—and some amazing visual pieces, which are all the more impressive given the game’s pixelated, intentionally retro graphics. The first appearance of Latha Sesame dropping out of the Trance into her dingy welfare apartment conveys so much more than any later expository text about recyclable paper clothing or the low quality food and lodging Central provides to its city’s unemployed. 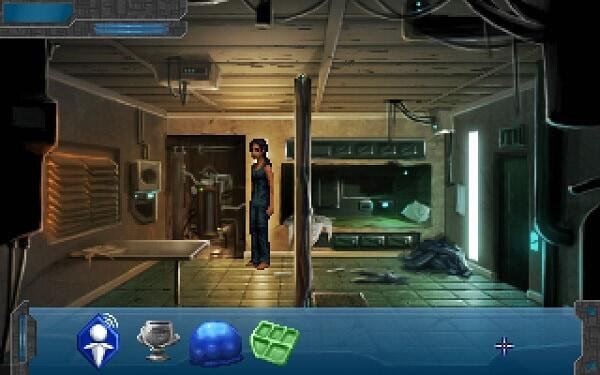 Ultimately, it’s the world itself as much as the game that will keep drawing you back. It’s a stunningly put-together game in and of itself, but there’s so many more little details that you’ll be longing for a sequel before you’ve even finished, just so you can continue to explore Technobabylon’s depressing, fascinating sci-fi dystopia.

Get Technobabylon on Steam

Get Technobabylon on GOG

Watch the trailer for Technobabylon below: 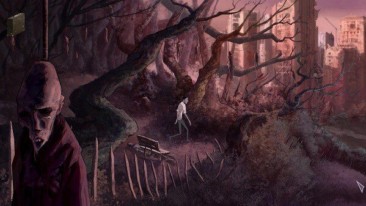 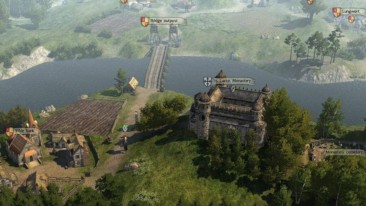