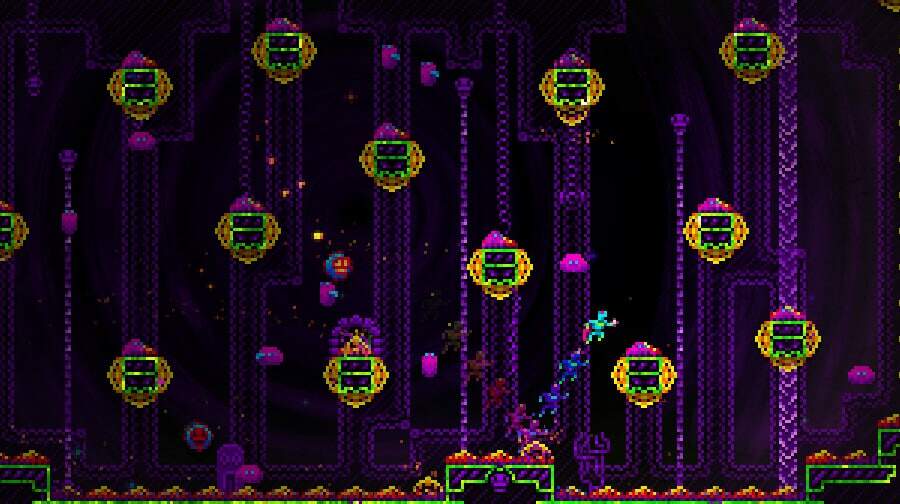 Straima is a glitched-out platformer by developer caiys, set in what seems to be a filthy nightmarish psychedelic space techno remix of Sierra’s Loderunner and Nintendo’s Super Mario Bros. This quirky side-scroller features both single and multiplayer modes as well as a very intuitive “room reviser” which opens the floodgates for user and fan-created content. While this sounds like an LED dreamscape to many platform lovers, the unfortunate amount of glitches and ultimate lack of purpose undermine the game’s replay value. 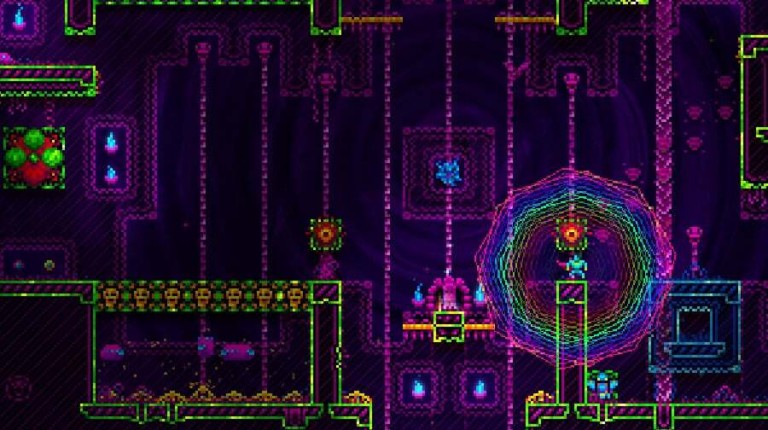 Enter you, a tiny turtle-looking hero with underwhelming powers and unlimited lives. You are warmly greeted by the advice of an unnamed alien accomplice and commanded to “pound all the pinky” for the greater good. Once you manage to navigate past the main menu, the levels are either picked at random or manually chosen depending on your settings.

Each level is designed with very specific mechanics, and oftentimes you have a limited choice of hero powers at your disposal. Controls are fairly simple with the arrow keys as movement and the A and S keys being jump and power, respectively. There are also combination moves within each environment, such as wall jump, wall hang, double-jump, stomp, pick up and interact.

When you die in single player mode, deaths follow the typical restart mechanic, and the level progress is maintained until cleared. Thankfully, if things get too intense, you are able tone down the difficulty; the default difficulty – called “As God Intended” – is entirely too difficult in my honest opinion. If you’re the polar opposite and prefer something humorously difficult, might I suggest the “Asian Difficulty?” As mentioned before, there is a multiplayer function, but as of this writing it is impossible to figure out. 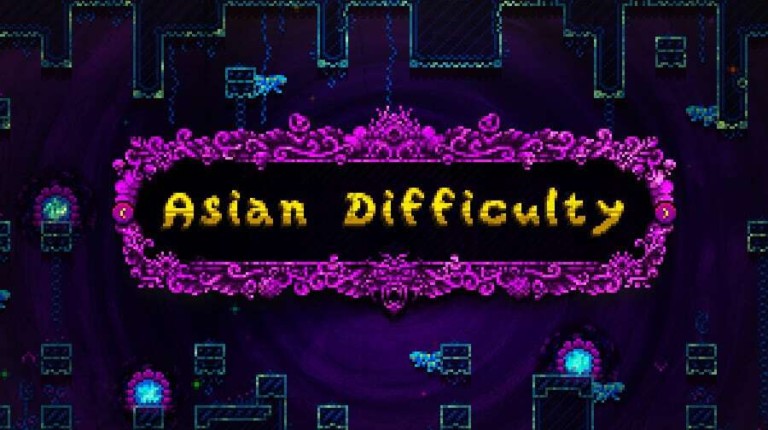 Thanks to inspiration from what I could only assume was a really bad stomach ache laced with hallucinations, the graphics in Straima are spot on. What is/are the Straima? I still haven’t quite figured it out. There is no background information or prequel to the game, so I can only assume that it’s left to the audience’s imagination.

If you’re searching for a platformer that looks and feels like a mess, then you’ve found it. 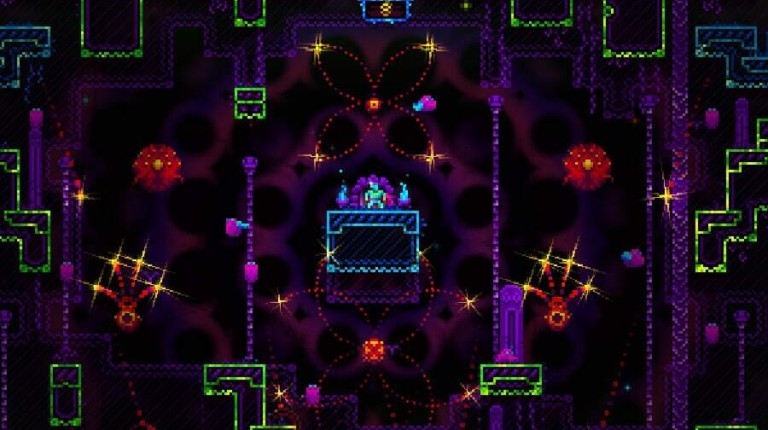 As an aspiring game composer, immersion is something I always strive for and is of utmost importance to me when I’m experiencing a game for the first time. The composer, Josh Penn-Pierson, took me straight to the club with his loops in Straima.

While there are a limited number of tracks in the game, each adequately represents the individual level environments and, from personal experience, that’s a hard code to crack. There wasn’t a moment where I needed to turn off the game sound because it was too obnoxious or distracting, and that’s very rare for me, especially with PC games. If I were to pick a favorite track, it would have to be from the level “Snakespikeballi.” 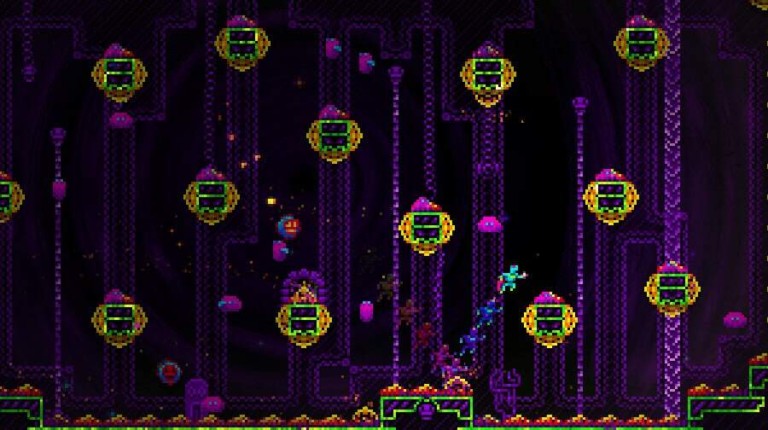 That Glitch You Just Can’t Scratch

Please don’t press enter. You’ll break your game. If it weren’t for the deplorable amount of glitches in this “finished” game, I might be able to give it a passing rating. If you press enter at any point in the game, it will freeze, you’ll get a critical error, and you’ll have to restart your client.

If you happen to accidentally die at your spawn point due to a flying wizard squid or bouncing bomb, you won’t be able to make it out of your spawn without restarting the level. Don’t worry; I only had to restart my game fourteen times to finish this review.

Trying fan content is also apparently prohibited, because if you enable fan-made content in the settings, you will get the same crash error as when you pressed enter. Overall, the game’s coding is a complete mess.

The creative and quirky aspect of Straima really adds to its character despite it being full of bugs (literally and not). With a price tag of $9.99 on Steam Marketplace and many other stable platformers to choose from, I might recommend this to people looking for some time to kill or a virtual acid trip. 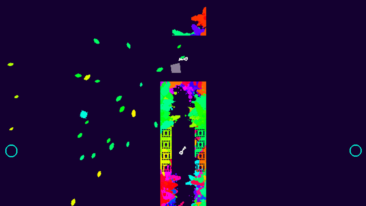