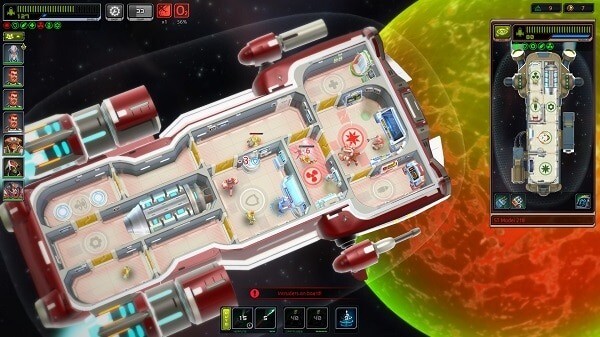 Space Rogue – What We Think

Commandeering a plucky spaceship crew, you’ll fight your way through a procedurally generated galaxy, carefully managing everything from your fuel supplies to your crew placement. Space Rogue has some different ideas to bring to the table, but in its current state, it feels more like a tribute than a completely new spin. Out of This World, Daddy-O

Most obviously, Space Rogue offers some flashy graphics and a fun, retro style inspired by late ’50s and early ’60s science fiction. Your spaceship even looks less like something from Star Wars or Star Trek and more like an intergalactic ’59 Ford Galaxie convertible. The game also features plenty of otherworldly backgrounds, from asteroid fields to glowing nebulae. Even the map screen is pretty! The graphics updates also have an effect on gameplay. The interior of your ship is rendered isometrically, rather than a tiny top-down view, so it’s a lot easier to pick out individual crew members and direct them where they need to be than in the original FTL.

Captain to the Sick Bay, Please!

As far as changed game mechanics, Space Rogue is a bit simpler to pick up than FTL, but also a little tougher in the long run. One simplifications is that you don’t need to control individual airlocks. On the downside, if a room in your ship catches fire, you’re going to have to send a crew member to put it out instead of simply opening an airlock, which makes micromanaging during tense combat situations a bit easier.

Also, only your captain adds a bonus to whatever room he’s in—in FTL, any “manned” station received a bonus—so that makes calculating the placement of crew members during a fight a simpler decision. Worried about your shields holding up? Send your captain to the shields room. Want your blasters to hit that space pirate’s hull harder? Captain to the weapons station! Some other changes include the replacement of drones with cartridges; controlled by the main computer room, cartridges can give you huge bonuses or special actions, like setting instant fires inside enemy ships or instantly repairing one of your own systems. You’ll need to use them carefully, as they come burdened by long cool-down periods.

Apart from some differences in game mechanics, the overall feel is different between Space Rogue and FTL:

In FTL, you’re constantly being pursued by an enemy fleet, so there’s the terror of the unknown in front of you and the altogether different terror of overwhelming forces behind you. In Space Rogue, each new game has a different storyline and goal; you might be tracking down intelligence on a possible robot uprising, for example, or hunting down a super weapon before it can fall into the wrong hands.

Without constant reminders of a threat at your heels, you can take a more relaxed approach, traveling leisurely from planet to planet…or at least you could if the game didn’t seem so difficult. With an economy based on two separate currencies—money to repair your ship, level up your crew and purchase new equipment, and a mineral called “tritanium” that’s required to upgrade your ship’s various systems and buy more advanced weaponry—it seems as though resources are always in short supply. On top of that, the numerous random encounters seem heavily weighted toward violence; either your ship will take random damage, or you’ll be forced into a fight whether you want to or not. Even the mining mini-game (required to find more tritanium) can often trigger events in which your ship takes sudden damage.

In Space, No One Can Hear You Endlessly Tweaking the Options Menu

Red Beat hope to distinguish Space Rogue through extensive customization options, and so far, that basically amounts to tweaking various aspects of the difficulty settings. If the constant sense of being beaten up by enemy ships and barely scraping by with enough money for repairs starts to get to you, you can tweak those settings and start your next game in a universe with more plentiful cash and more effective shields on your ship, for example. But at this phase in Early Access, there’s still a lot to be desired as far as customization goes. There’s only one possible ship for you to pilot, for example, and though the developers promise extensive support for mods, that’s going to require an engaged player community. Whether that develops for Space Rogue still remains to be seen.

In its current state, Space Rogue feels almost like an extensive mod itself, an updated version of FTL rather than an entirely new game of its own.

It’s totally addictive, mind you, but so was FTL. So far, the developers seem to be quite engaged with players, so hopefully they’ll find more ways to distinguish Space Rogue from the shadow of its predecessor as the game continues to progress toward an official full release.

Get Space Rogue on Steam

Watch the trailer for Space Rogue below: 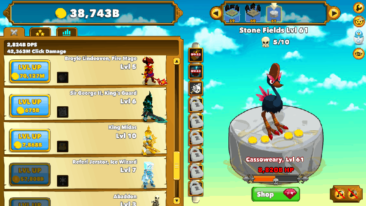 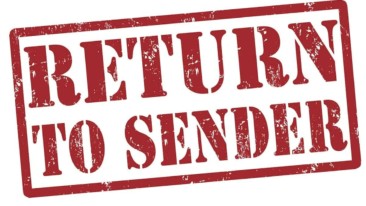