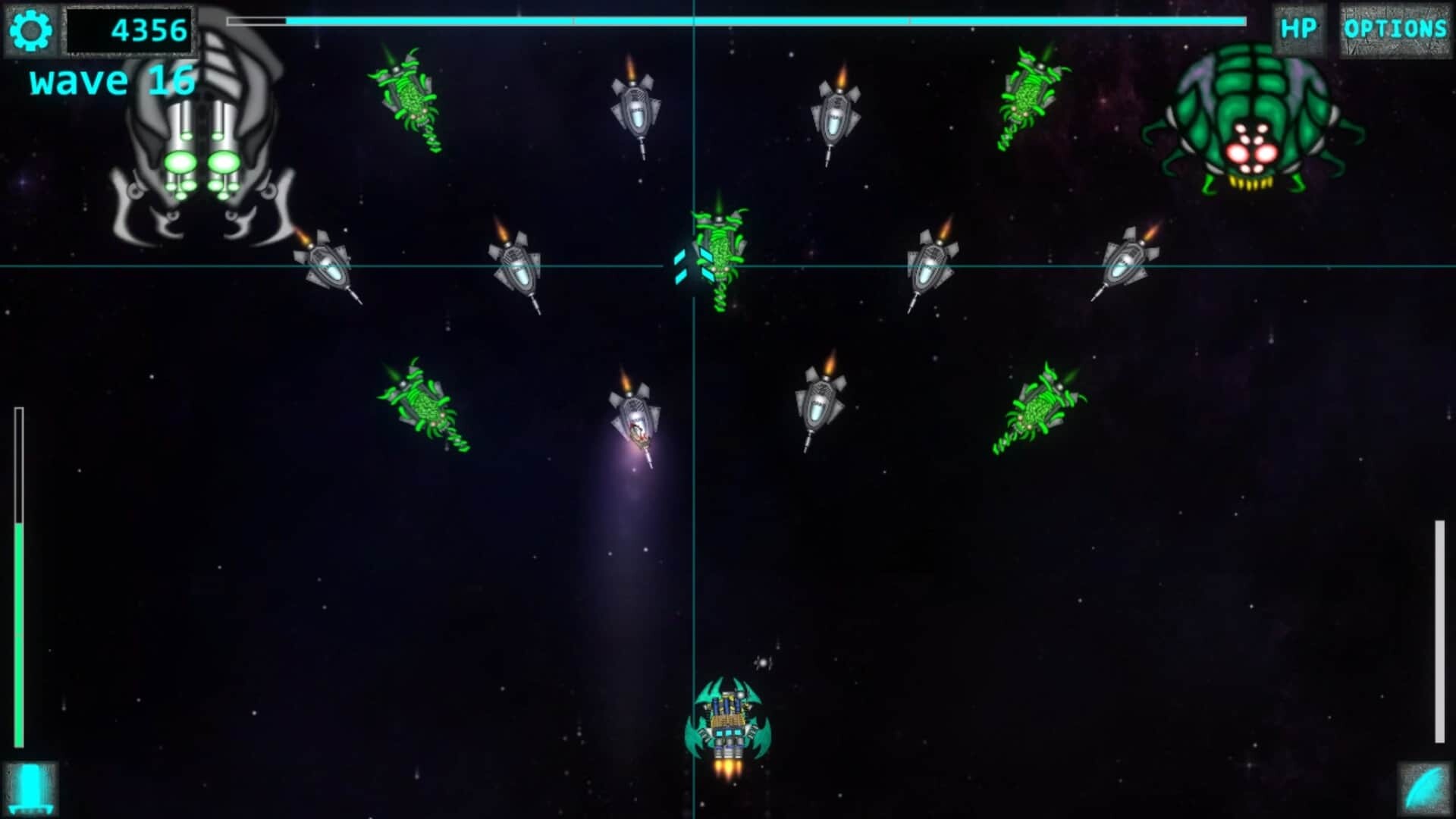 Space Ripper is a combination of arcade space shoot-’em-up and PC-style twin-stick shooter. The action takes place on a single screen, but the game uses a standard PC control scheme: keyboard for movement, mouse for aiming and firing.

Space Ripper’s arcade-inspired action borrows heavily from genre classics. You have the enemy ships in orderly formations from Space Invaders and Galaxian, the biomechanical insect enemies from Galaga, and the asteroids from…well…Asteroids. There are also spinning buzzsaw blades. What is it with “hardcore” games and buzzsaws, anyway?

The mechanics are similarly familiar. Apart from replacing the typical joystick control scheme with a more PC-oriented keyboard and mouse combination, Space Ripper is square in familiar space shooter territory. Avoid collisions with enemies and their projectiles. Shoot enemies to make them explode. Gather occasional power-ups for temporary boosts in speed and firepower. Shields and a powerful secondary weapon – in this case a death ray – provide temporary advantages but are subject to cool-downs and must therefore be used judiciously. 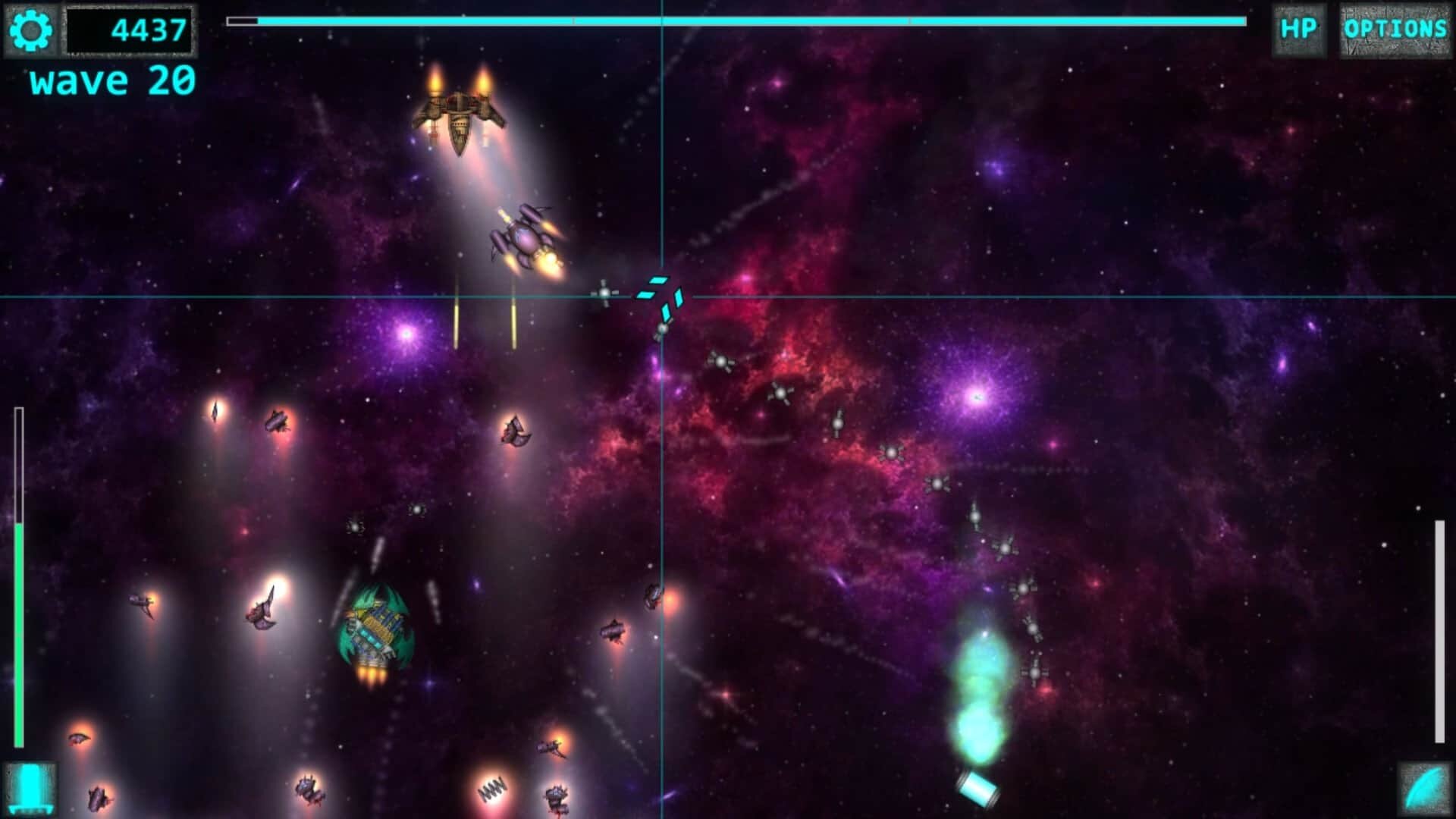 Space Ripper’s most appealing element – its frenzied graphics, rife with swirling psychedelic backgrounds and numerous explosions – make actually playing the game more difficult. With numerous bits of flying wreckage added to the screen with each enemy killed, the crowded debris fields make it tough to tell which objects to dodge and which chunk of shrapnel can be safely ignored.

More concerning, the game’s approach to progress – upgrades that persist between each play-through but can’t actually be customized – squander one of Space Ripper’s few potential avenues from strategy. Gather gears from exploded enemies, and the ship will upgrade itself automatically. Instead of customizing the ship to accommodate a specific play style, improving guns, speed, etc. turns into a standard grind. 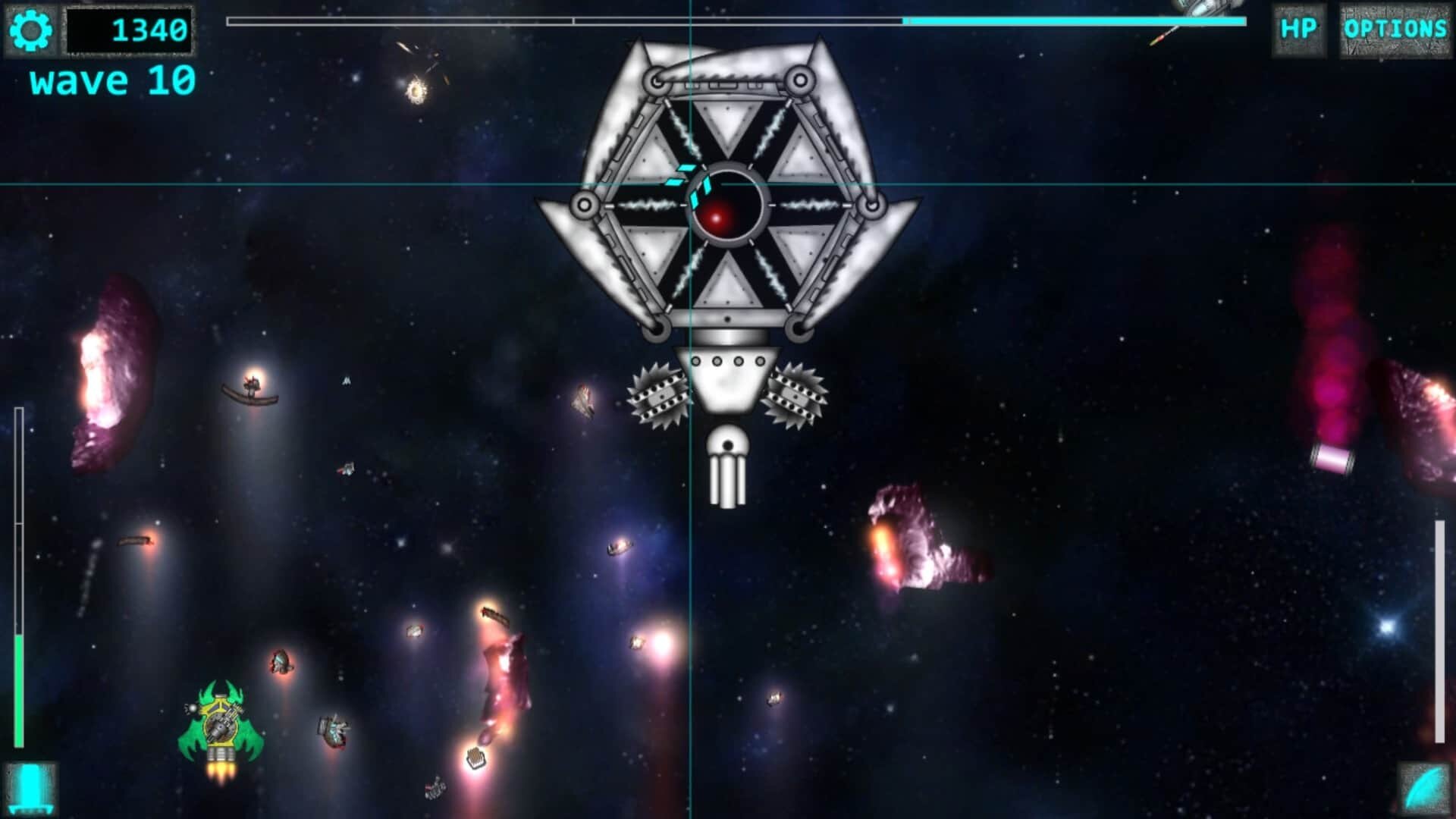 The ability to upgrade simply by grinding might be a detriment to hardcore space shooter aficionados, but it’s a kind of a boon to casual players. I don’t have the arcade chops I used to – and I’ve never been much good at the hardcore bullet hell shooters – but I still managed to make eventual progress as I played enough short games to upgrade my weaponry.

Given that each play-through lasts for a few minutes at most – in true arcade fashion – Rumata Lab might have set out to make a hardcore retro shooter and ended up with something more suited to casual play. There are more mechanically interesting hardcore space shooters out there – the Suguri and Sora games from Orange_Juice come to mind – but for the occasional alien-blasting distraction, you could do worse than Space Ripper.

Space Ripper is available via Steam.

Watch the official trailer for Space Ripper below: 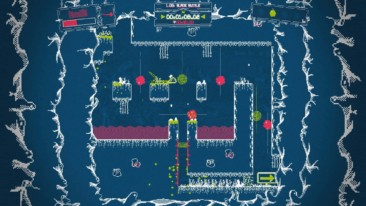 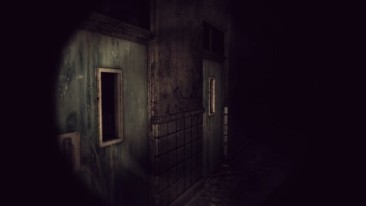