Ever solved a Rubik’s Cube? Don’t worry, you won’t need to know how with this original puzzle game that is inspired by the cult classic from the eighties! RUSH is an original 3D puzzle game with more than 70 challenging levels. Players need to guide Cubes to color coded exit points.

What starts as an exercise in simple in-game physics quickly becomes a mind-bending clash of rights-of-way. Fiendishly frustrating, Rush will likely knock your block off.

Note: this review is based on the Steam version, available as of December 3rd, 2010.

From Two Tribes – the good people that brought you Toki Tori – comes Rush; a twisting stylish puzzle game for Windows, Steam and WiiWare, with conveyor belts, stop signs, warps and other shenanigans. You’ll start by getting your feet wet with the tutorial levels. Here, you’ll be shown the ropes behind placing tiles. If left uninterrupted, your blocks will continue on the path they start heading towards. This will often lead to them plummeting over the side of the 3D level. You need to manipulate the path of the blocks to get them all to the exit tiles.

Some blocks will change the direction your block rolls. Conveyer belts will move your block one square in the indicated direction while maintaining the previous rolling direction. Rotating tiles will divide up a stream of blocks, and teleport squares will whisk a block to another part of the stage. Once you’ve laid out all your tiles, click the check mark icon to get things rolling. [There will be at test at the end of the demonstration…Ed.]

Just like that game about Meat, you’ll likely breeze through the first stages. You’ll get familiar with the mechanics of the game. And then all hell breaks loose. Suddenly, some blocks are moving faster than others. You’ll have to plan around this as collisions are fatal. Some dispensers will start launching blocks in multiple directions. You’ll have to place directional tiles to compensate. Some exits will require a drop from a higher level to access. Only a leap of faith will do… (A salvo: if you get supremely wedged into a dead end, there are two levels of hints to access.)

I’ll fess up and admit that I only made it to the medium difficulty level, and found them to be daunting. The levels are denser (less room to move around) and the blocks move faster. Precision is key, but getting to that point is going to take trial, error and some more error. Clearing a stage will unlock more levels in the block, and more than one at a time. If you get horribly stuck, try another level.

The visuals are bare white and are only lightly dashed with juicy colors. There is a cold sterility that hovers around each 3D platform. This quickly dissipates when you unload the multi-hued barrage of blocks, sometimes dozens at a time all running the paces in unison. When you get the pattern just right, sit back and enjoy the dance. The music is ambient urban cocktail lounge fare. That’s neither good nor bad, really. Sometimes you just feel like having a cosmopolitan while you play with your blocks (it got me through kindergarten).

Through there are tons of levels to challenge, there isn’t a lot to say for variety in gameplay. There’s no score kept, so clearing stages is your only goal, and there is no limit to time, or the number of attempts you make. On top of the three difficulty stages, there is a special group of puzzles you can gain access to by joining a group within Steam.

Once you get a taste of a few easy wins back to back, the first level that really trounces you is going to leave a mark on your ego. Soldier on, and remember, taking a hint isn’t giving up! With some of the stages, even if you manage to find the solution, you’ll likely have forgotten it the next time you try to clear it. Puzzle fanatics will no doubt appreciate the later challenges in RUSH. Even casual gamers may find themselves getting roped in with the deceptively simple starting levels.

Check out Rush at Two Tribes

Get Rush on Steam now

2 comments on “REVIEW: RUSH – Rubik’s Cubism With A Cosmo Anyone?” 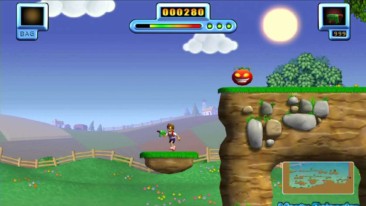 Review: Pound of Ground Finds the Fun Under the Rotting Meat