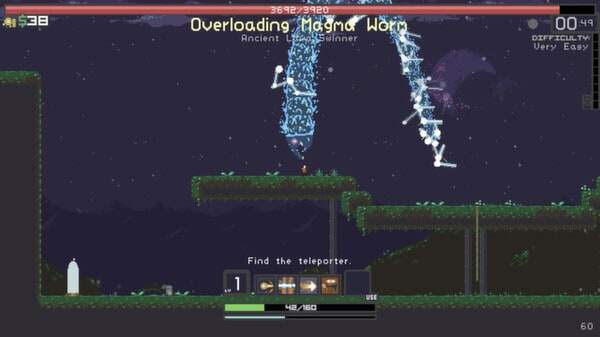 Risk of Rain: What We Think

Risk of Rain, made by two students – Paul Morse and Duncan Drummond, and composer Chris Christodoulou is a new addition to the ever-growing library of the recent explosion of Rogue-Like-Likes. While not exactly a platformer – as your character’s jumps are rather insufficient to preform proper acrobatic feats – it is nonetheless a side-scrolling brawler with permadeath.

The game successfully Kickstarted and subsequently Greenlit by the Steam community.

By making Time = Difficulty, Risk of Rain takes the Rogue-Like-Like in a new direction; rather than have the leisure to explore a level to its fullest, collect all the loot, and properly prepare yourself for the next level, RoR forces the player to search frantically for the level exit, fight the boss as soon as able, and rush to the next level, missing out on potential loot in favor of speedy progress.

As a timer clocks your game time, every few minutes you pass a threshold that cranks the difficulty up a notch. While it’s possible to keep up in power and loot, it’s still in your best interest to rush, as a new level with fresh unopened boxes of loot are easier and quicker to get to than that one last chest clear on the far end of the stage that you saw when you started the level, but did not have the cash to open at the time.

But that’s where it gets you: Each level starts you off with zero cash as at the end of the previous level your money is converted to exp. Do you take that chance to open every box or do you press on with haste as your prerogative.

Clouds on the Horizon

The loot, which is all randomized, could make any ARPG fan drool in excitement. With the 10 possible playable classes in the game, some items work better than for others, but each item, for the most part, adds to your character’s ability to deal with the hordes of enemies you face. Most are passive with automatic effects, and a few need to be used, but have a long cooldown.

They range from leeching life every time you attack, to randomly shooting out missiles, to making every 4th attack pierce though groups or even making ghost copies of slain enemies appear and attack their living brothers for you.

The action is frantic. With games with permadeath, the genre of ‘Rogue-Like’ gets farther and farther from its original descriptor. You could almost file RoR as a Beat-em-Up with classes and permadeath.

Most of the randomization found in these games here is through the items. The levels themselves follow a fairly static template with only minor changes here and there. The enemies you will usually find to be of the same variety on each level, but bosses can often vary from session to session. With the many hours and hours I’ve already put into it, I’ve only seen “Ifrit” as a boss only a handful of times.

The enemies, and the art for that matter, are both imaginative and minimalistic. RoR has a pixel art direction that started to get popular with Sword & Sorcery on iOS. It’s not quite ‘retro’ and it’s not quite ‘8-bit’, it’s it’s own thing, but I love it.

After meeting an enemy for the first time, it is then immediately recognizable, even in a large group. Its danger and abilities are telegraphed nicely so that characters with an escape mechanism can react. Every time you die, you know it’s because of a risk you took, or a dumb blunder of a move you made. It definitely is at the proper level its genre strives to be when finding the correct balance between fairness and butt-clenching difficulty.

Not only is the art direction both interesting and effective, but the music is just as marvelous. Haunting and mysterious, and not unlike a chiptunes version of a Doctor Who episode, you’ll find blasting away hordes of beasts while the tunes burn your actions into your brain, making remembering the fight in hindsight feel much more epic in memory than it ever could have been conveyed on screen.

You don’t even have to go it alone. Late into development the most-requested feature was multiplayer. Originally it was intended to be strictly single player, but the demand was so much that multiplayer was delivered with little to no hiccup to the overall experience.

Let The Downpour Cleanse You

The final verdict is that Risk of Rain is a must-have for any fans of super hard and punishing games. Every death you will see yourself improve, and that progression only adds to the enjoyment.

My only request for the future of the game would be more content, as it does feel a little short. Even so, the replayability is incredibly high with so many classes to unlock, and challenges to complete that each add new items to the roster of possible loot drops.

Get Risk of Rain on Steam 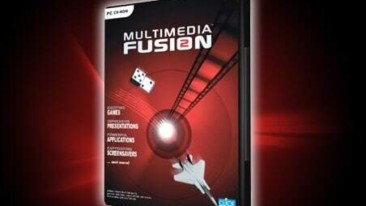 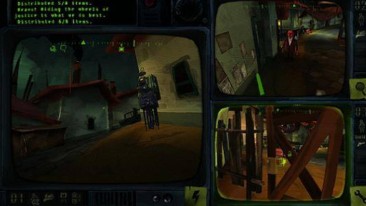