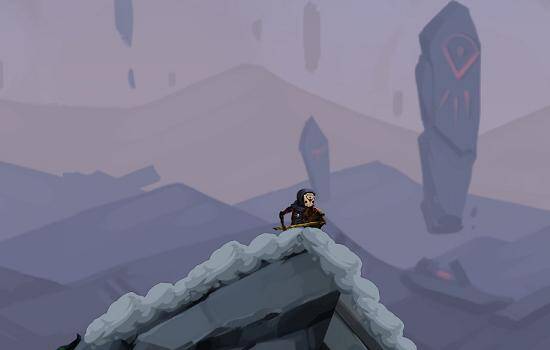 Oblitus, which means “forgotten” in Latin, is an apt title for one man developer Connor Ullmann’s bleak but engaging game. Oblitus puts the player in the shoes of Parvus, an amnesic warrior exploring a vast and strange world that manages to feel both lonely and dangerous. This challenging roguelike, somewhat inspired by Dark Souls – at least according to the developer – offers a 2D adventure with a grim atmosphere.

Oblitus features exploration focused side-scrolling gameplay coupled with some spear oriented combat. Being a roguelike you’ll only have one life and death means starting over from the beginning. The world of Oblitus is supposedly randomly-generated, making for a new experience each time but I did find this feature to be quite limited; most areas were similar or identical to their previous incarnations with only the occasional change.

Combat is enjoyable and requires reasonably quick reactions as some enemies scuttle across the level at an impressive speed. You can thrust with your spear or throw it at enemies for a ranged attack. Precision is important here and I found that the mouse and keyboard provided that precision in a way that a gamepad could not. Enemies range from small and fast creatures to larger, armed opponents that offer more of a challenge.

Preserving health is crucial in Oblitus; killing enemies provides a small amount but generally it’s important to play carefully. As a result combat is often a matter of falling back while throwing spears and thankfully this is the more enjoyable form of attack in the game. Melee, on the other hand, tends to be fiddly when engaged with armed enemies and the blocking mechanic seems largely unnecessary. 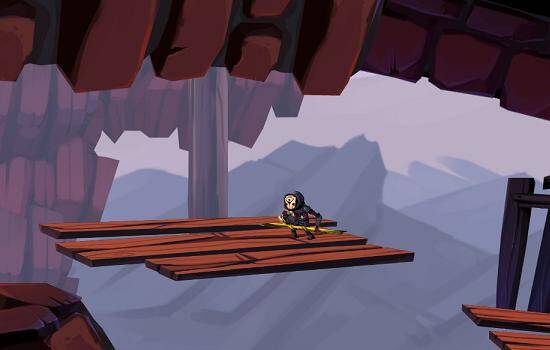 Power-ups are spread across the world of Oblitus and their locations are swapped around with each playthrough. These power-ups range from mobility improvements such as an increased jump height to combat upgrades like faster spear throwing or flaming spears. Many of these make for enjoyable tweaks to Parvus’s abilities but a few are a little lacklustre (extended rolling, for instance).

The world, while not as random as advertised, is a very enjoyable one to explore. Dank caves and barren mountains make up this lonely environment and the adventure of Oblitus is an oddly melancholic one. The sense of scale is impressive as well; I once slipped down a hole and tumbled around for around ten seconds until I finally reached a dark pit filled with strange plants at what seemed like the bottom of the world. 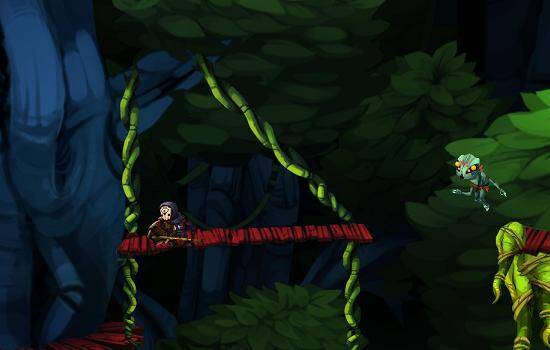 The art of Oblitus is excellent; the world is well-realised and sufficiently varied to remain exciting even after several adventures. Enemies move a little mechanically, but they are well designed and can often be quite creepy. The music is also atmospheric and it helps to reinforce the sense of oppressive danger and emptiness that permeates each playthrough of Oblitus.

Oblitus is not a cheerful game, but it’s certainly an engaging one. The gameplay is enjoyable for the most part and the design helps to create a unique adventure. There are some flaws here and there; the world isn’t as random as some players may expect and the melee combat is a little unreliable. That being said, this is an entertaining roguelike which may stay with you longer than you’d suspect.

Watch the official trailer for Oblitus below: 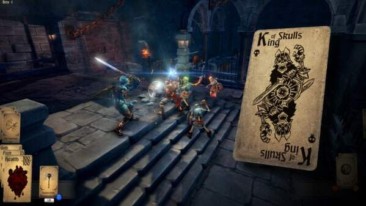 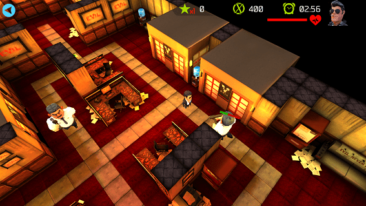