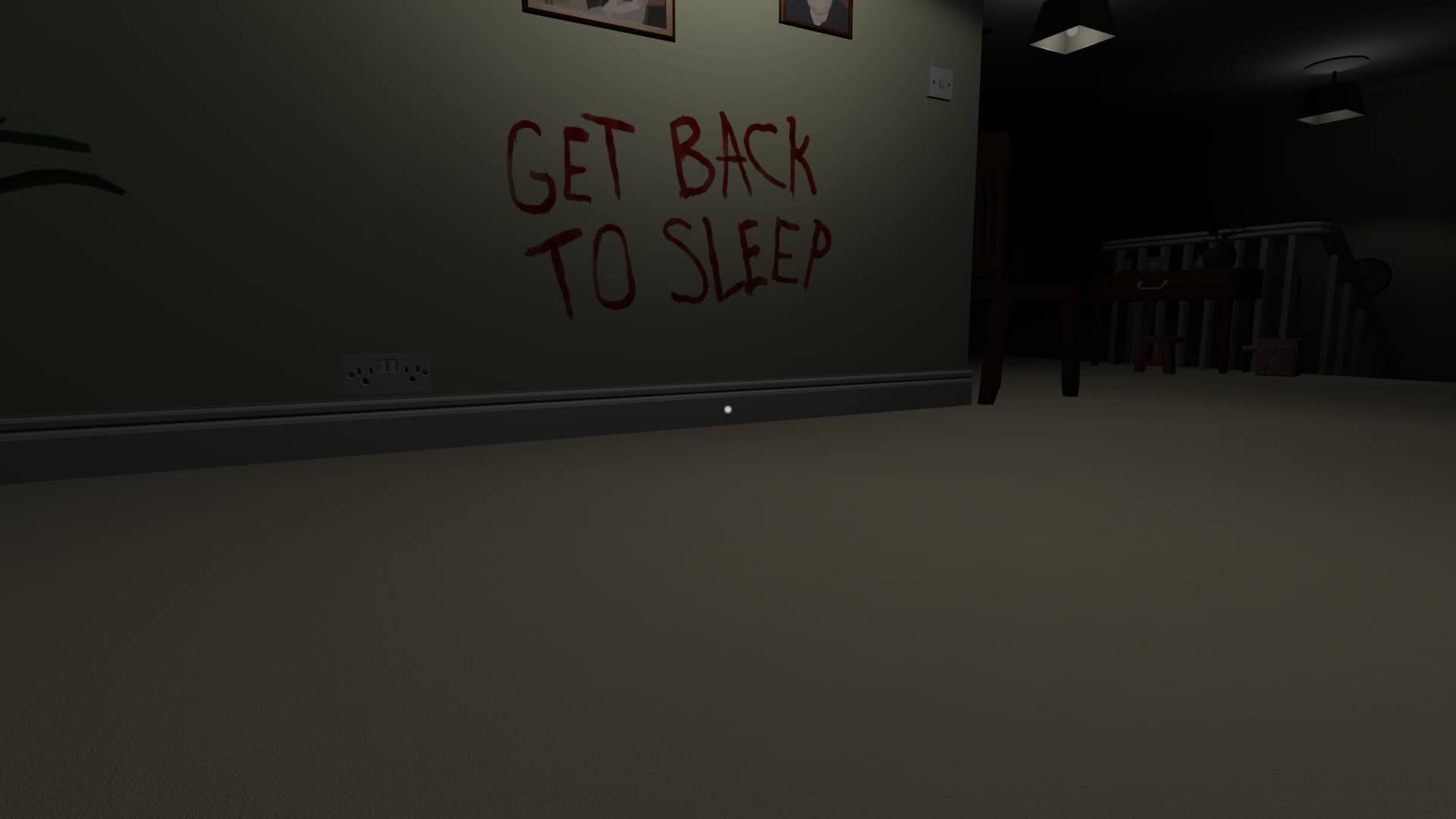 Night Blights – What We Think:

Thus ends one of the most stressful weeks of my life.

Hot Cross Games and Trapdoor’s Night Blights is a first-person jump-scare title, meant to chill you to the bone. The stress level is real, and my heart rate still hasn’t returned to normal.

Somewhat of a marriage between Five Nights at Freddy’s and Among the Sleep, Night Blights is a dark fairy tale of sorts set in the real world. 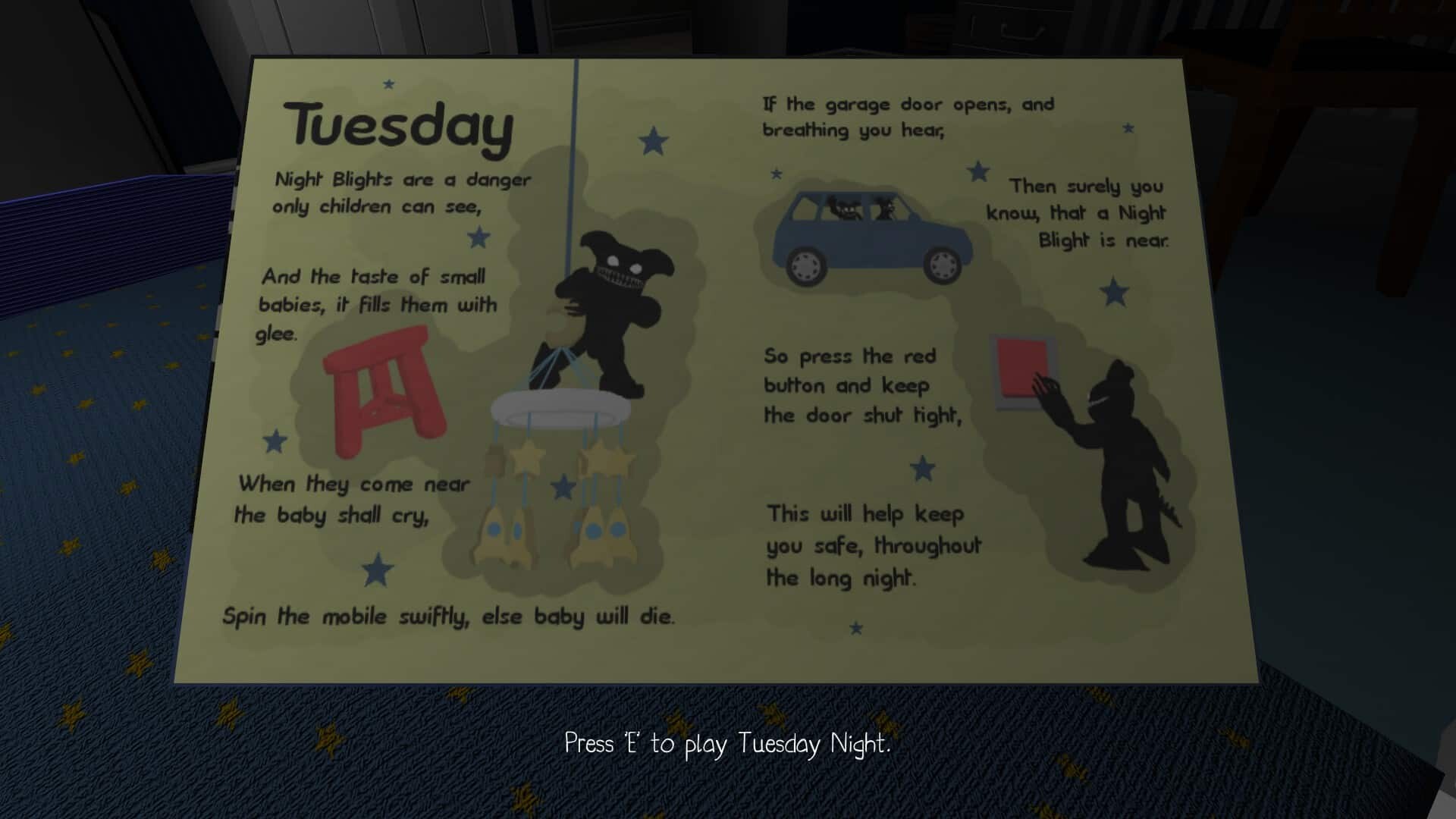 Can You Survive Until Morning?

Taking control of a young child, the object of Night Blights is to stop the onrush of Blights: dark little demons that live underneath beds and feed on children’s toys. The goal is to survive until 7:00 every morning from Monday to Friday, or else suffer a bloody death at the hands of the Blights.

Monday night starts off fairly simple. There are many toys scattered throughout the house and only two Blights to feed – one under your parent’s bed and one under your sister’s bed. Some of these toys can only be reached by picking up a red stool and using it to platform across higher obstacles, such as shelving. Once the creepy guttural voice of a Blight calls out “Feeeeed meeee…” a toy must be offered as a sacrifice. 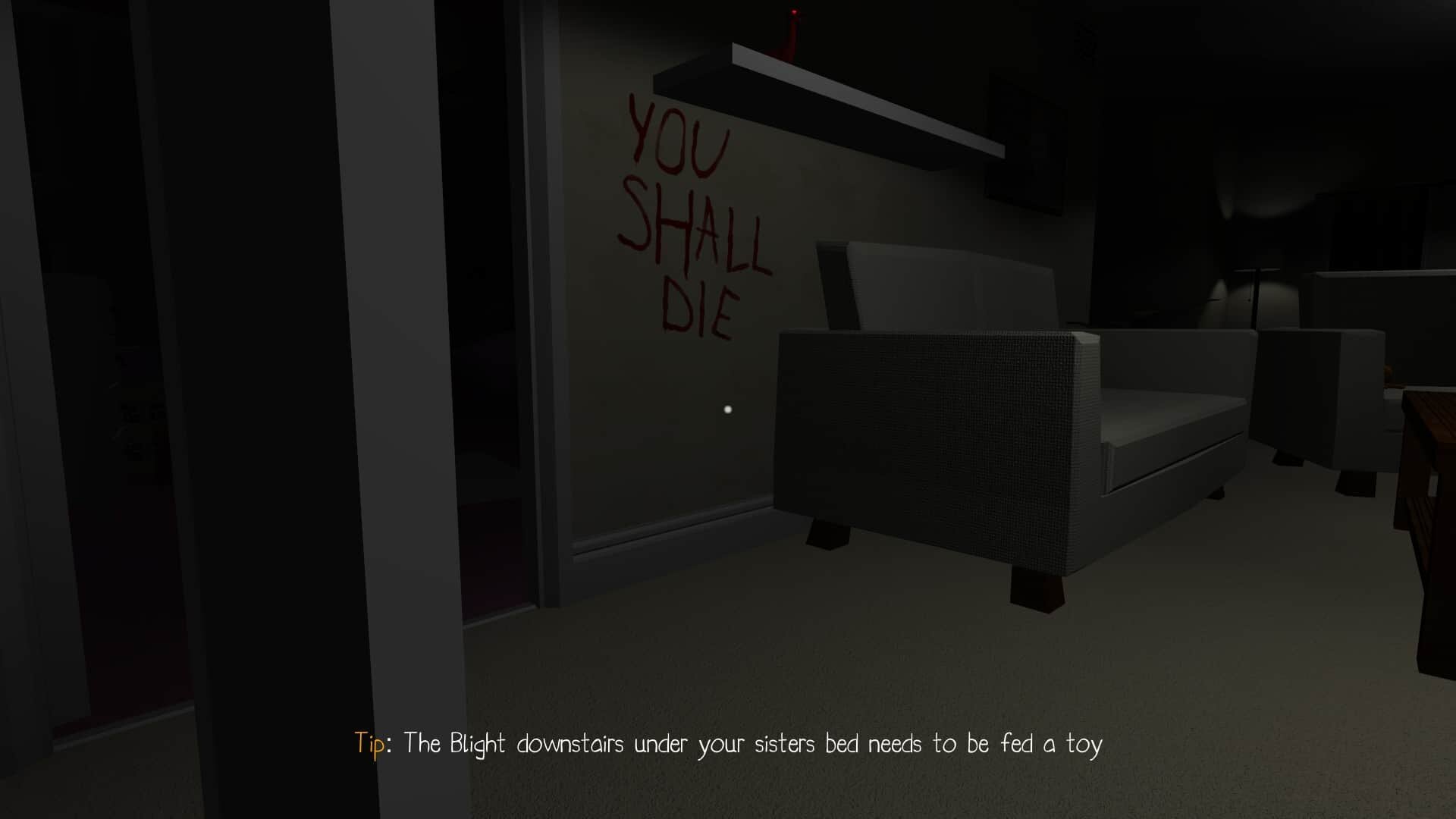 Should You Feed It After Midnight? Yes, You Should

However, this is not the only objective in Night Blights, and it gets increasingly complicated from there. Monday night also tasks the player with keeping four wardrobes and a refrigerator shut as the Blights try to escape. If the player doesn’t monitor these closely every night, they become spots to avoid. Once they are fully opened, they will not shut again for the rest of the night, and the game becomes more difficult.

Speaking of difficulty, each night will present new challenges to overcome in order to protect your family. While the layout of the house remains the same, new rooms are unlocked every night. This turns Night Blights into more of a stressful, do-or-die time management sim. Eventually, players will unlock the bathroom, the garage, and other areas that Blights deem fit to torment. On top of these new objectives each night, the previous ones also need to be minded.

So how does the player know which wardrobes to close, which area to visit and which Blights to feed?

Night Blights stops giving hints after the first night, and instead gameplay revolves around audio cues – subtle cues from strained breathing in a certain area to obvious cues such as the sound of the toilet gurgling or the garage door opening. These fit in great to really invoke a sense of horror, but it’s almost deafening to hear loud noises go off, especially when previously straining to hear a soft sound that could make or break your night.

Once the initial five nights are completed, free play and survival modes are unlocked, adding more challenges to gameplay. Fortunately enough, variation randomly occurs with each night and play-through in the realm of phone calls and what I’m going to call “unexplained occurrences”.

The humor added by the development team is delightful, with many nods to movies like Pulp Fiction, TV series like Breaking Bad and video games like Bioshock Infinite. These are a great tip of the hat, and make me wish I had a painting of Samuel L. Jackson outside my bedroom when I was growing up.

Combining simplistic 3D visuals and responsive first-person character movement, Night Blights is a game that without a doubt stressed the #@%$ out of me. Running is always an option; however, too much running will make our little hero pass out before 07:00, leaving the Blights to take over. Making sure not to get too tired and effectively managing toys and checkpoints are the only ways to get through the night alive.

Night Blights is easily a three-hour game that will take three years off of your life. Not recommended for those suffering from any heart-related disease or ailment.

Night Blights is available via Steam.

Watch the official trailer for Night Blights below: 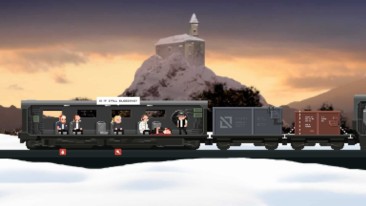 Review: The Final Station – The Wrong Side of the Tracks 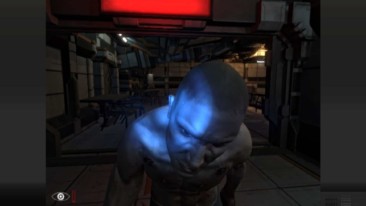