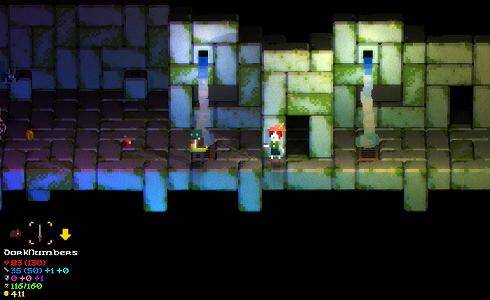 Legend of Dungeon – What We Think:

Legend of Dungeon combines tough permadeath gameplay with the action RPG genre and randomly-generated dungeons. Developers Robot Loves Kitty have set out to offer an engaging and action packed adventure that is different every time you play. The fast paced “Rogue-like” also features four player co-op and full controller support (however the controller wasn’t picked up at first and the co-op isn’t true networked online multiplayer). With this array of features Legend of Dungeon certainly has bold aims, so how does it hold up?

Every time you start a new game of Legend of Dungeon you will be placed in the tavern; a relatively safe starting area with a few items lying about that will be helpful on your journey. Your randomly chosen gender and appearance can be changed by entering the male or female toilets in the background, allowing for light customization that is fittingly swift for a fast-paced game like this. When you’re ready it’s time to descend into the lower levels.

The titular dungeon is split into multiple floors (twenty-six in total) with each floor being more difficult than the last. As you descend you’ll collect weapons, armor, potions and other useful items. Many, like apples, are one use and will be expended once consumed. Potions are labelled by color but their effects change every time you play. Many of the effects are permanent and so it’s important to choose which you consume carefully. Above all it’s important to remember what a color does after you have consumed one. 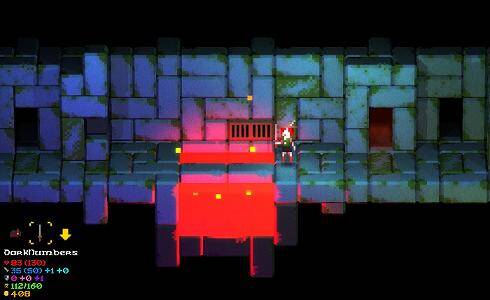 Weapons are also quite varied and you could find anything ranging from a katana to a giants blade. Prefixes like “reluctant” or “nimble” give an idea of what a weapon does and you can see its statistical influence on your character in the bottom left of the screen. Unfortunately, despite the variety of weapons, the way in which you fight remains largely the same and so combat is somewhat repetitive.

That being said, there are plenty of enemies to hack and slash your way through, and the way in which they attack shakes things up a bit. From the sorcerers that summon minions to the unicorns that charge at high speed (leaving a rather impressive rainbow-trail behind them), there is a sufficient degree of novelty coming from the stable of monsters that you’ll fight to keep things interesting.

The in-game inventory and statistics could be improved: The statistics are largely unexplained and so you’ll likely end up just going for items that provide bigger numbers rather than cherry-picking the stats you want to buff. Item management is a bit of a headache as you’ll end up with a lot of possessions and they’re all stored in the same, scrollable, list. Splitting health item usage to a separate key may be of help here.

You Light Up My Life

Graphically, Legend of Dungeon is charmingly retro with pixel-art graphics. Augmenting this is a surprisingly effective lighting system that makes glowing dark chambers quite creepy and uses attacks and spell casting as catalysts to showcase some lovely 16-bit particle effects. The lighting treatment may in fact be the design element for which the game will best be remembered.

The music – a mix of ebow guitars, Harold Budd style piano and jazzy percussion infused with random electro bleeps and bloops is another aspect Legend of Dungeon that is randomized, keeping the atmosphere of the game different in each play-through.

Legend of Dungeon is a well thought-through and passionately designed rogue-like with a lot to offer. The permadeath means you will start over, and this Rogue-like trap door may not be to everybody’s liking. That said, the challenge rises at a steady pace and each play-through is sufficiently different from the last to keep things interesting. The interface could be improved and combat needs a little more variety but ultimately this title is worth a look for anyone who enjoys RPGs or bite-sized dungeon exploration.

Get Legend of Dungeon on Steam

Watch the official trailer for Legend of Dungeon: 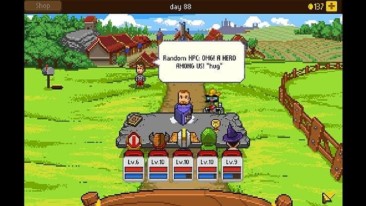