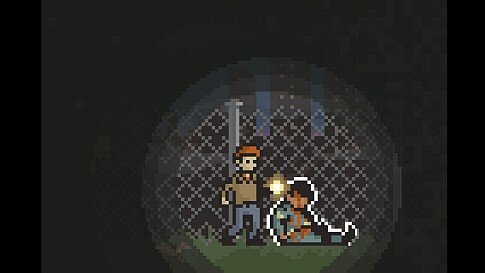 Awakened by an oncoming storm, you open your eyes to discover yourself in a strange, dark room—tucked away in a house that’s not yours.

As you play the game, it changes—subtly, almost imperceptibly—to reflect your perspective. It’s a horror game unlike any other, and as you’ll discover, its truths are entirely subjective.

The low-rez horror adventure game is the zombie top-down shooter of 2012 and with a thousand versions of the Slender Man tale popping up everywhere, let alone the derviatives of Amnesia, we have titles like Jasper Byrne’s Lone Survivor (review) and now Benjamin Rivers’ Home.

But beyond the pixel art used in both Lone Survivor and Home, the similarities taper off quickly. Lone Survivor deals with the player’s health, allows weapons to be fired at the enemy and requires frequent returns to the bedroom where a save point is created. Home, offers none of these luxuries, in fact, it doesn’t have a single save option, and the only dark specters you will encounter are those that will toss about in your subconscious long after you have shut the game off.

Home promises to take you on a fright night, and it spares little time in eliciting this effect. Somehow, in spite of its lack of gore, it is creepier than Byrne’s effort – perhaps because it does not lean on the supernatural to create its threat, but rather a slow, burning curiosity that descends ever so gradually into a nightmarish reality.

Whenever the protagonist walks through a door, or climbs a ladder, a short animated first-person view of said door or rungs plays out, which, though at first threatens to become tedious, ultimately adds that extra little bit of immersion that helps the unfolding story seep into your bones just enough to give you the willies. I found it harder and harder to continue, not because the game wasn’t engaging, but because I wanted to started peeking between my fingers at what might next be revealed. There is no score to speak of, just creaks, groans and other important aural clues. There is a bit of search-and-find with objects that may or may not be required to progress through the map and this becomes my official gripe with the game, as it can become a bit of a time-suck, but perhaps this re-tracing of one’s footsteps is exactly what the designer intended.

For example, there is a sequence that involves pushing your way in and out of bushes in the forest, and it becomes quite confusing, but of course this only heightens the sense of frustration and dread that is the experience the author clearly intended, so take my gripe with a grain of salt. In fact multiple play-throughs reveals that most decision create a ripple effect in what will or will not become available throughout the rest of each session. Interacting with objects is presented in an interesting form of past-tense – “Did I pick up the knife?” as opposed to keeping you in the present, which reinforces the recollection of events that is the premise of this play. In fact, you may never find a satisfying conclusion to the many questions raised throughout the game, instead you arrive at more questions – the kind that have more to do with who you are as a person than just the avatar in the game.

Home delivers top-notch storytelling in a manner that re-asserts the way in which games are unique as a medium. Immersive, intellectually and morally challenging, and yet simple to operate and grasp, games like this remind us why we got into the indie game business.

Get “Home” on Steam 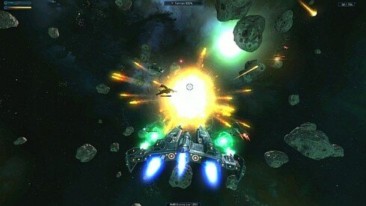