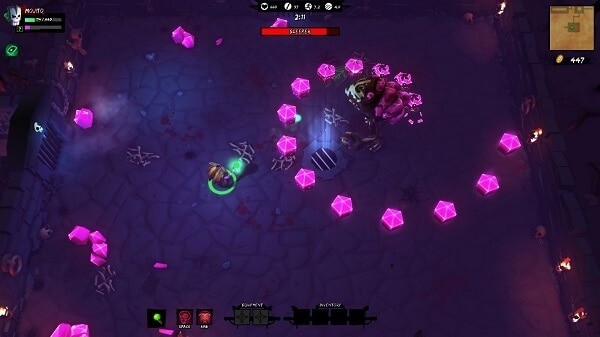 Publisher: Over the Top Games

Developer: Over the Top Games

Full Mojo Rampage – What We Think

Like the similar action rogue-like The Binding of Isaac (though thankfully less fecal), the first thing that jumps out at you with Over the Top Games‘ Full Mojo Rampage is the perfectly realized aesthetic.

Combining the cute but sinister imagery of Tim Burton’s stop motion animation with a pop culture interpretation of New Orleans voodoo and a hint of tiki kitsch, the graphics are stunning and memorable. You get your choice of various adorable skull and tribal masks for your character to wear (with more available to unlock, including characters from other popular indie games like Minecraft and Cave Story), and enemies, especially in the early levels, include sweetly snaggletoothed zombies and cheerful skeletons. 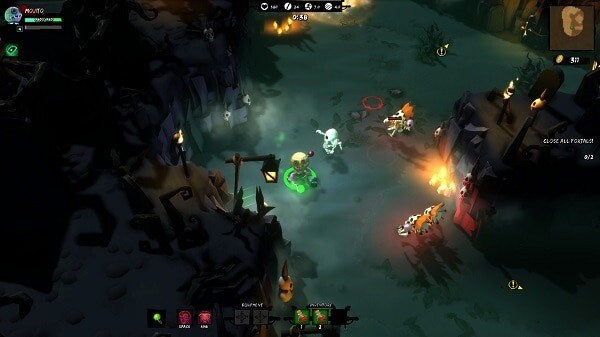 Got My Mojo Working

Even more impressive than the game’s aesthetic, is its use of actual lore from the various Afro-Caribbean traditions popularly thought of as “voodoo.” Besides the use of passively equipped voodoo dolls, the game also incorporates the major loa, the gods or spirits of Haitian Vodou, each of whom has a distinct personality and set of powers to grant to your character.

Initially, only Baron Samedi, the rum-loving lord of the dead, is available, but additional loa can be unlocked; each provides different special attacks for your character as well as occasional “divine interventions” available after a certain number of enemies are killed (Baron Samedi, for example, will actually show up on the battlefield to fight briefly alongside you). 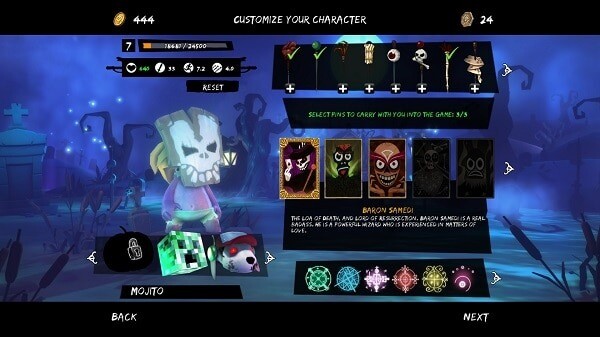 While some may question the idea of basing a game around a religion actively practiced today (even or especially if the popular media portrayal of a religion like Vodou differs a great deal from how that religion is actually practiced), the developers have done an admirable job here, and even things that may at first appear disrespectful (i.e. the depiction of Baron Samedi as an oft-drunken jokester) are well-rooted within Afro-Caribbean tradition.

Let’s Stick a Pin in That

Great graphics and an unusual concept aren’t enough without solid gameplay, and thankfully Over the Top Games deliver on that front, as well.

A top-down action shooter and a rogue-like in spirit, Full Mojo Rampage provides you with randomly generated quests, each of which consists of multiple levels and goals; the first, for example, requires that you destroy various portals in each level. In addition to cemeteries, bayous and the like, occasional trap-laden dungeons keep things from devolving into simple wander-and-kill grinds.

Also keeping things nice and varied are the wide range of power-ups; before each quest, you can choose your patron loa as well as various pins, each of which provides passive boosts to speed, damage and health.

You also have the chance during each game to find mojos, which provide additional passive advantages, as well as single-use or reusable items like healing potions or magic wands that change the type of ammunition you fire. Limited inventory slots mean that you need to choose carefully, though having to pick between too many good power-ups is a good problem to have and means you’re probably having a pretty lucky run.

As a rogue-like, Full Mojo Rampage does employ perma-death, but while you lose your items at the end of each run, you do keep any gold and medals you find as well as your character’s level, so even if you fail a given quest over and over, your character will still gradually improve. This is a pretty smart way to leaven the frustration of perma-death without giving in to save-scumming.

The only disadvantage is that it makes the early game kind of a grind; each quest features four levels and two bosses at minimum, not including optional bonus events, so it takes a while to beat the first quest and unlock additional levels.

That’s a minor quibble, though, considering this game’s addictive qualities, and once you’ve unlocked a few additional loa, accumulated some pins and upgraded your character’s stats to level five or six, the game really opens up. 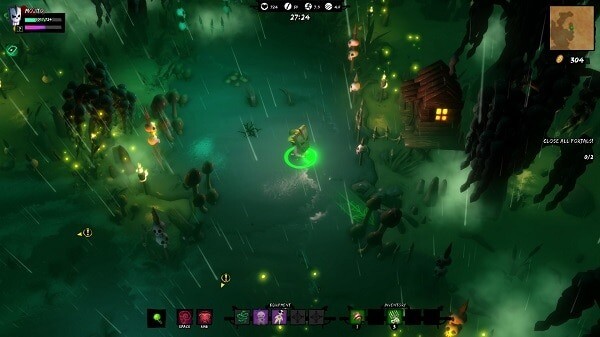 As far as rogue-likes, Full Mojo Rampage is definitely on the lighter side, aesthetically and in terms of game mechanics; you might curse yourself for fumbling a button-push, but there are no unfair traps or items to make you curse the game itself. And the variety of masks, pins, power-ups and enemies provide the perfect amount of stimulus to give you that “one more game” feeling again and again.

Like a zombie under the spell of an evil voodoo sorcerer, you just won’t be able to control yourself…

Get Full Mojo Rampage on Steam

Watch the trailer for Full Mojo Rampage below: 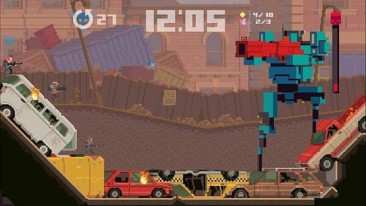 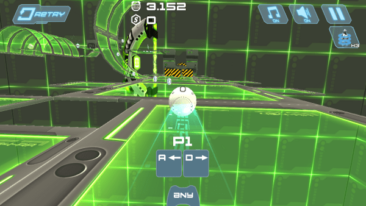