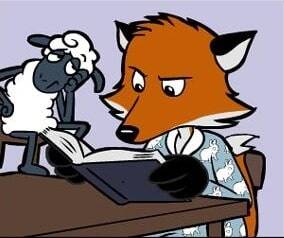 Franky Fox Academy – What We Think:

Franky Fox Academy is an enjoyable action title that just might teach kids a thing or two along the way.

I can recall a time when personal computers were still a very new thing, and it was rare that more than one could be found in an entire elementary school. There was a monochrome-screened Coleco that would make its way from class to class on a push-cart. When it arrived in my classroom, it was hard to focus on anything other than the internal speaker’s beeping and the whirring of the floppy disk drive.

The games were cutting edge for the time, but to access the enjoyable bits, a player would first have to pass a round of spelling or math-related questions. When my turn finally came, I was so eager to get to the guts of the title that I’d often rush my responses, netting incorrect answers and delaying my rewards. It was highly frustrating.

Franky Can Fix That!

Franky Fox Academy is reminiscent of those study games of yore, but the action is the most prominent feature. After selecting an area of study and a level of difficulty, the player must navigate a 6X6 grid to select the topic-appropriate responses, all the while dodging and/or dispatching enemies. Netting multiple consecutive correct answers will present a choice of powerful attack and defense upgrades. Wrong answers will cause Franky to slow down, leaving him more vulnerable to enemy attacks. Snag all the correct answers in a stage to proceed the the next “lesson”.

Bonus stages will occur when two stages are complete. There is a snowball fight round and a quick answer round. Both require the player to employ quicker reflexes than in the grid rounds. Big points are awarded ff the player can clear all eight responses before he is defeated or time runs out.

Build Your Own Curriculum

Though the areas of study that come standard with the game won’t suit all educational backgrounds, a quick visit to the topics catalog offers up a host of additional subjects that players can sort through and download. It is also possible to create new topics, some of which might even be included as standard topics in future versions of the game.

No recess in sight…

The two bonus rounds that surface after completing two rounds do offer up a break in the main action, but as there are only two -snowball fight and speed round- they get repetitive quickly. The soundtrack fares better, offering up a good mix of looping tunes, but some of the sound effects can get a little stale (especially the “WOO HOO” that is frequently heard when Franky collects a correct answer).

Though the game begins with a delightful animation sequence, the story doesn’t seem to materialize into anything beyond this introduction. The number of completed “lessons” increases, but it doesn’t seem possible to master a topic. The creatures continue to increase in numbers and difficulty (with a mini-boss on level 25!), but the same 6X6 grid remains unchanged.

After reaching level 38, the tedium of repeating the same task that many times was a little much to bear. Edit After sending word to the developer, he has confirmed that reaching and completing level 50 will lead to an “end of game” animation. Stick with your studies! 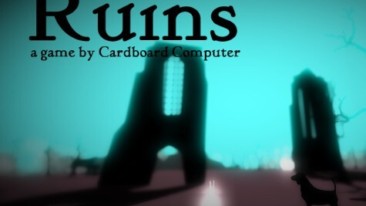