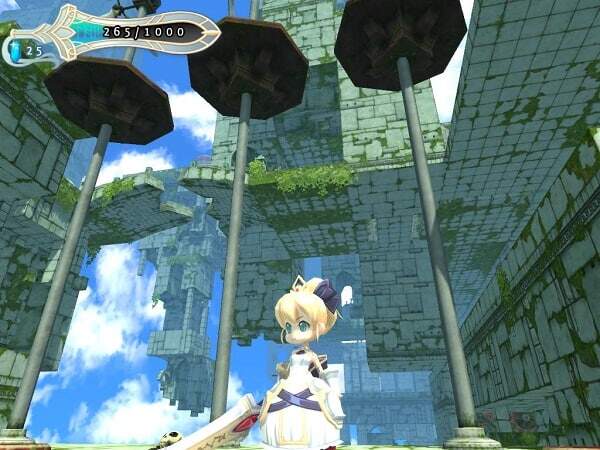 Forward to the Sky – What We Think

Delve deep into an ancient floating castle to unravel the mysterious happenings that laid it to waste. Though humanity once prospered from is wealth of crystals, legends of a vile witch and and army of the undead have prevented all from getting too close. A brave princess flies her personal airship to discover the secret behind the Sky Tower.

Though some parts of it are unpolished, Forward To The Sky is a smart puzzle-platformer that makes good use of its rough-around-the-edges aesthetic. The anime-themed Princess is decked out in all her frilliest finery. She also wields an impressive crystal broadsword. The idea that this nasally-voiced, overly garbed dilettante can also willfully take down a horde of armed skeletons is as likely as envisioning Victoria Jackson busting out dual nunchakus and single-handedly upending a zombie enclave. Hooray for anime?

Reaching the end of each stage is going to out the player against some clever puzzle solving. The stages are peppered with switches and levers that will change the layout of the stage in some way. Some will move walls, while others will raise and lower impassible metal fans. Striking switches found on giant lamps will rotate them, redirecting the beams of light through magical crystals that can cause platforms to appear or dematerialize. While none of the puzzles are overly difficult, they are all unique, and solving them is quite enjoyable.

Unfortunately, some elements – like the giant boulders – produce some awkward collision issues, and in some instances, I found that I would get trapped behind a barrier from which I couldn’t return, forcing me to begin the level again. The teleportation rings aren’t so much difficult to traverse as they are clunky. I would have appreciated a smoother “flight” through these, as passing through these felt like Princess was being jerked through them on a rope. 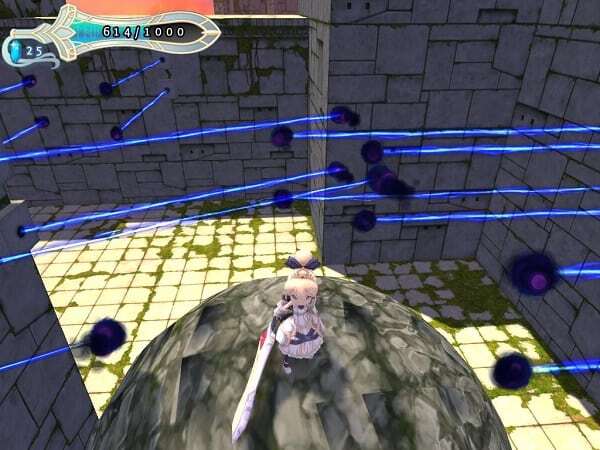 Combat is loose and more than a bit sloppy; while it is possible to snap the camera in line with what is directly ahead of Princess, there is no way to lock on to a foe, and thus the player is forced to swing wildly in the hopes of making contact. This contact frequently doesn’t happen, and it leaves an opening for foes to take advantage of, as the player attack animations have to be played out in full, before the next input registers.

In later stages, it’s vital to work around this shortcoming by drawing a few enemies out of larger crowds. In a situation where multiple enemies are all gunning for the heroine at once (some of whom launch ranged strikes, and others that unload powerful magical strikes) there isn’t enough control afforded the player to deftly dispatch the whole group at once. 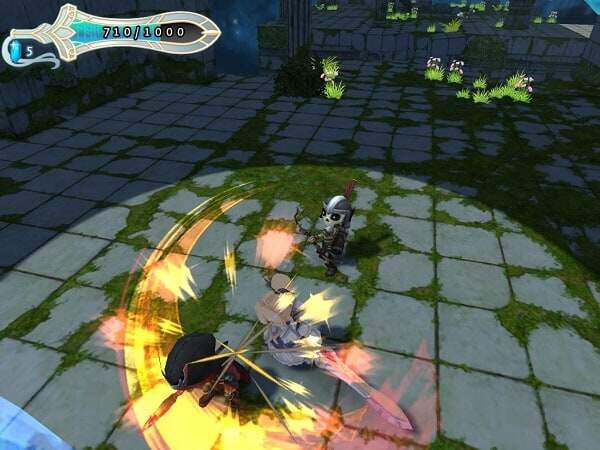 The cutesy design of Princess and her enemies seems oddly at home in a crumbling mystical realm reminiscent of Hayao Miyazaki’s Laputa. Though the graphics break no new ground, the level design makes good use of the magically-crafted surroundings. The soundtrack is equally dreamlike and delightful.

The game is very brief. Should players choose, it can be plowed through in under 3 hours. Doing so will likely leave the tale incomplete, however. The depth of the tale revealed at the completion of each level is directly influenced by the number of crystals collected. Upon completing the game, the tale in its entirety is replayed, minus the parts that weren’t unlocked. In order to hear the whole saga, it’s necessary to seek out secret areas and hidden crystals.

Though not without its flaws, Forward to the Sky is an endearing tale that strikes a solid balance of action and puzzle solving.

Get Forward To The Sky on Steam 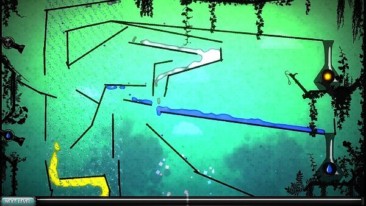 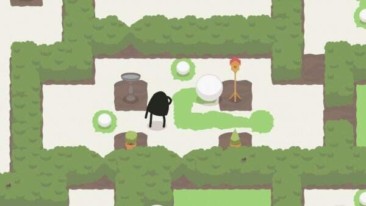 Review: A Good Snowman is Hard to Build