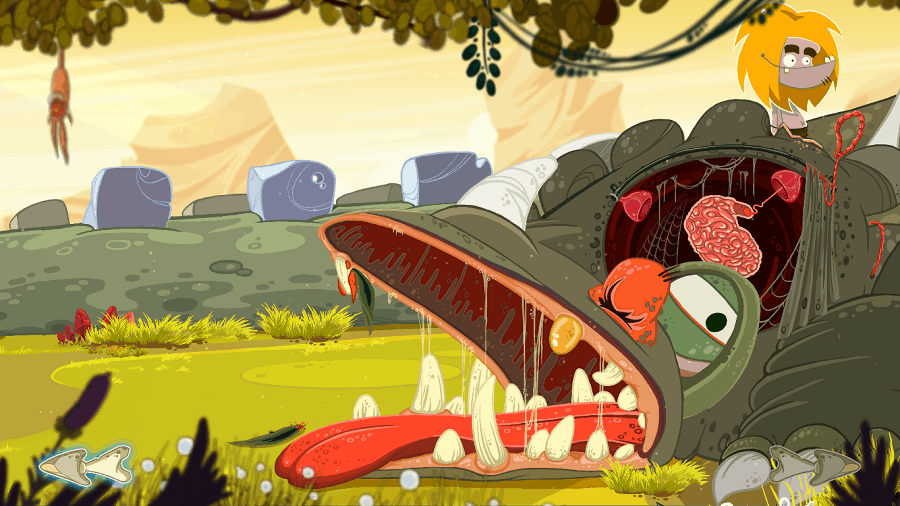 Fire – What We Think

Fire by Daedalic Entertainment is a fun and wacky point & click game that follows the adventures of lovable neanderthal Ungh as he partakes in an epic search for fire. You’ll explore 10 lush locations where puzzles must be solved in order to proceed to the next area. There is also no dialogue to guide you along – one very original trait that leaves a player to their own devices, with the occasional nudge here and there if you’re stumped. 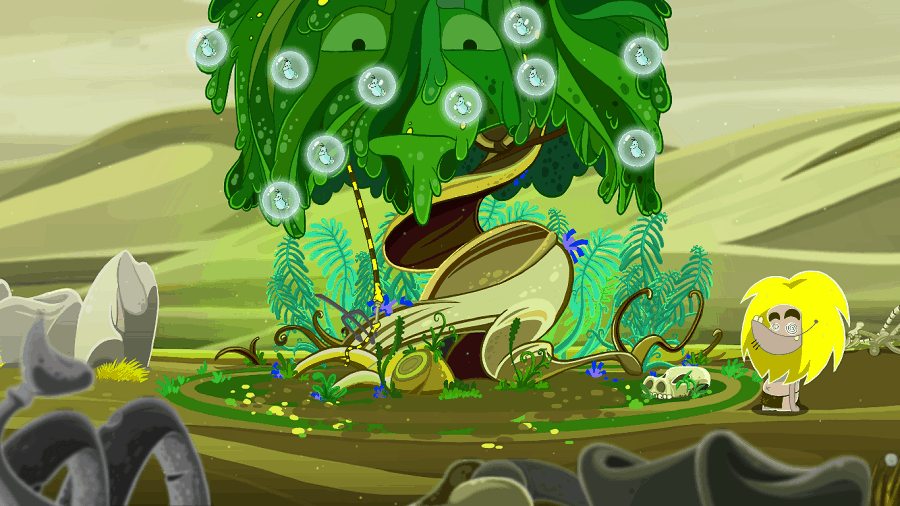 When Ungh falls asleep and lets the fire go out in his village, he ends up kicked out of his tribe. It is only after a psychedelic vision that our hero knows what he must do – find another fire! Finding trapped little spirits scattered all over the world seems to be the way to go – leading our hero to number of different locations, including the inside of a dinosaur, within a music-less forest, and even outer space.

Fire works like most point & clicks. You are placed in a location where you must solve a puzzle in order to reach or obtain the spirit. Puzzles are different in every level, and because there is no dialogue for guidance, you’re essentially left to your own devices. If you are absolutely lost and have no idea where to go, you can click and hold the space bar which will add little dots on top of objects that can be interacted with.

What really sets the game apart from all other point & click games I’ve played is the sheer lightheartedness of it all. The world doesn’t exactly make sense, but it knows this, leaving plenty of room for hilarious scenarios and curious puzzles.

For example, one of the early levels has you trying to figure out how to get the sprite out of a dinosaur’s belly. This isn’t any normal dinosaur – you can pull aside a ‘curtain’ on the creature to reveal its throbbing brain. Tinker with that a bit, pull on some handy innards, and you’ll solve the puzzle in no time.

Did I mention that there’s no dialogue in the game? Not only does it fit very well into the caveman/prehistoric theme the game aims for, but there’s also a greater sense of accomplishment in experimenting with the surrounding environment, seeing what happens, and learning from what works and what doesn’t. 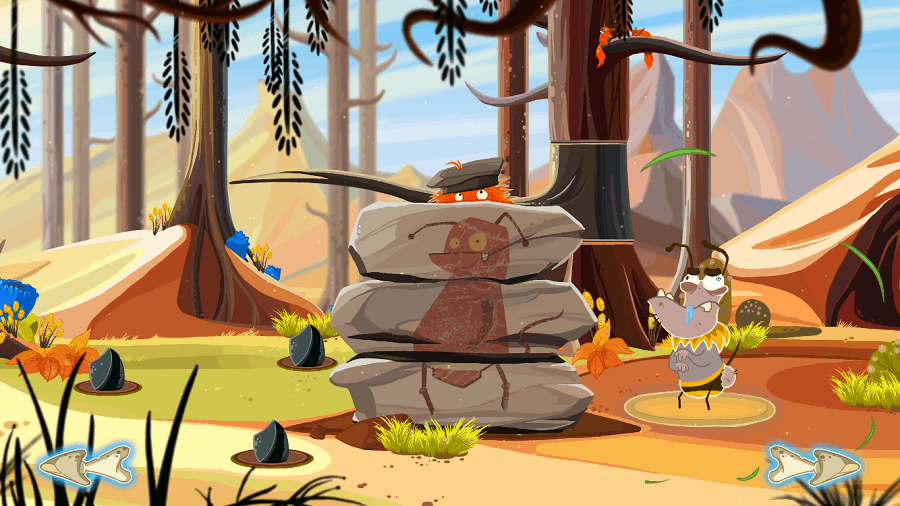 I found the puzzles to be fun and surprisingly elaborate based on the level. There’s always a certain theme or obstacle that needs to be overcome, whether that’s creating a clear-cut path to the sprite by transforming into different creatures, or utilizing the power of storms to flood a little alcove and bring it right to you.

There are also small, subtle qualities within the levels that make them extremely satisfying to play through. You can scratch off dirt and muck off a totem with your mouse. You don’t get a mere ‘wrong’ signal with the shape-shifting mechanism as shown in the screenshot above – it changes you into what you rearranged the stones to be. You’ll navigate a twisty, dangerous passage with your mouse only to have Ungh run right on through – like an inside joke between the player and the developers.

Maybe that loincloth could hold something

The only minor grievance I had with the game was the fact that levels took longer not due to difficulty, but because you could only pick up one item at a time. Because you’ll want to experiment with different items, it can be a trial to switch from screen to screen, dropping what you were using, picking something else up, then dropping it again. There are only 3 screens per level but there are enough objects to interact with that it felt like a chore at times to see what worked with what.

Fire is a humorous game that, while short, exceeds expectations as a point & click adventure. While it keeps the general formula for this genre intact, it adds an impressive amount of detail that leaves each level unique and memorable. The puzzles may be too easy for veteran players of the genre, but for me they were were just right in difficulty and well thought out. Fire made me smile on more than one occasion as I played through it, and I’d highly recommend it to anyone looking for a nice, light-hearted adventure game.

Get Fire on Steam

View the trailer for Fire below: 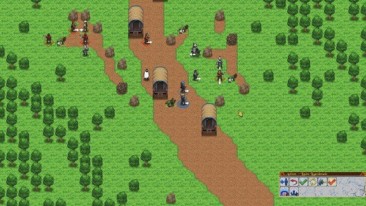 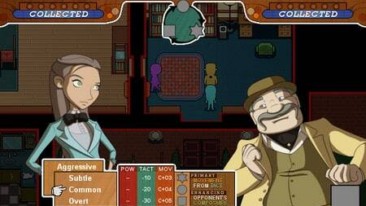