Telepath Tactics – What We Think

Effectively a one-man game studio, Sinister Design is the project of Chicago, IL dev Craig Stern. Telepath Tactics is his latest labor of love, as well as his most ambitious, in his long-running Telepath series of tactically-oriented JRPGs (as well as a Kickstarter success and the first of the series to be Greenlit on Steam). Essentially, it’s a highly detailed and solidly executed tactical JRPG in the vein of Fire Emblem set in a steampunk fantasy world, but thanks to its robust modding tools and engaged online community, it has the potential to be a lot more than that.

Stern has released several games in the series already (including some free browser games as well as RPGs and turn-based tactical combat simulators for sale on the Sinister Design website), and he’s put a lot of effort into creating the world in which they’re set. Instead of dragons and elves, the game features a tropical lizard race (the Lissit), the ghostlike Shadowlings and the winged, imp-like Spriggats.

Add to that the presence of mechanized steampunk golems, knights riding upon the backs of giant insects, and a spell system that’s based on psychic powers instead of Merlin-style magic, and you realize you’re a long way from the usual Tolkien retreads. The unfamiliar setting and the opening scenes of the story campaign, beginning in media res and sprinkled liberally with lizard person slang, evoke a sense of strangeness that helps make Telepath Tactics a lot more immersive and compelling than most of its contemporaries. 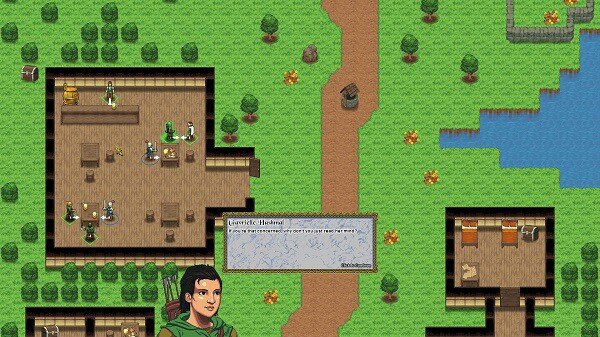 He Didn’t Fall; He Was Pushed!

The combat, of course, is where the game really shines. Starting off with fairly simple battles of 2-on-2, the storyline campaign is perfectly scaled to teach you the game’s deep tactical system, which includes a multitude of status effects (various psychic specialists can freeze, set aflame and even blind their opponents), positioning (every character has the advantage when back-stabbing, although the Assassin class specializes in it) and environmental objects.

It’s that last part that really sets Telepath Tactics apart from its JRPG predecessors; in addition to height playing a role (get your archers and crossbowmen to high ground for an advantage), you can also push and pull your opponents into various hazards. Push an enemy off a bridge and into the water; if you’re lucky, he’ll drown before he escapes. And once you’ve leveled up your psychics, you’ll have the opportunity to move your opponents from a distance. Use the force, as it were, to yank opponents into range where your archers or swordsmen can finish them off, or shove them out of the way if they’re getting too close to a vulnerable member of your party.

It’s also worth pointing out that the combat is difficult in the best way; you’ll need to carefully take note of enemy positions as well as the features of the battlefield. The enemy AI is realistic without ever feeling cheap, and enemy tactics make logical sense without ever giving the feeling that the computer is cheating. The standard mode features perma-death for your units, but even “Casual Mode,” in which your characters aren’t killed but do permanently lose hit points, is no laughing matter.

While Telepath Tactics has garnered numerous comparisons to the Fire Emblem series, a more apt comparison might be open-source strategic stalwart Battle for Wesnoth. They’re both turn-based fantasy tactics monsters, and they’ve both got tons of official and fan-made expansions. Telepath Tactics features a main storyline campaign, but there are already additional campaigns available for download, not to mention a map editor and a bewildering array of modding tools, so there are likely to be plenty more campaigns to come. If you prefer a shorter match to a grueling campaign, there are also a number of individual maps set up for more skirmish-oriented play. In keeping with the rest of the game, individual matches can be modified in a number of ways; you can randomize your own army as well as that of your opponent, or carefully build it with whatever units you choose. You can also try a number of different modes, such as Capture the Flag, or else simply play until one side wipes out the other.

The game’s not perfect, by any means. The interface isn’t as fast as it could be, the art—while serviceable—can be a bit flat, and the game starts to slow down when you progress past small, squad-based encounters to clashes between multiple platoons. You can’t save in the middle of a battle, either, which can be kind of a drag later in the game. 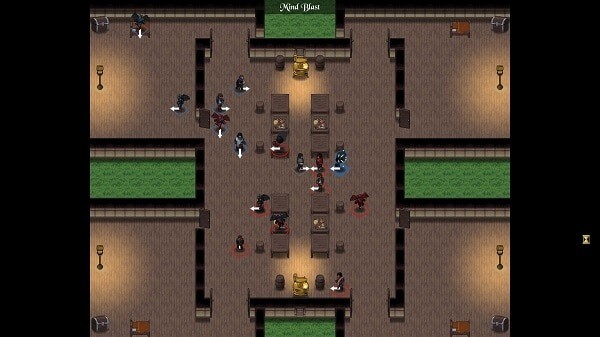 More seriously, there have been reports of fairly serious equipment-related bugs, including one where all of your characters’ weapons are replaced with lances (fine for insect-backed cavaliers, but not so great for archers). The lesson here is to make liberal use of save slots, which is a smart move anyway, especially if you’re not playing in Casual Mode.

That said, Telepath Tactics is still an extraordinary effort, all the more for being essentially a one-man project, and Stern has also made it a point to be very accessible within the game’s fan community (he’s already released a patch to fix the inventory bugs, for example). Between that and the game’s modding tools, there’s an incredible amount of entertainment on offer here. If the fan community takes off—and given the depth of the game’s story and the versatility of its core mechanics, it’s hard to see why it wouldn’t—it looks like there’s plenty more to come.

Get Telepath Tactics on Steam

Watch the trailer for Telepath Tactics below: 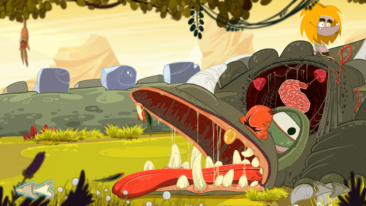 Review: Fire – a point and click from Daedelic Entertainment