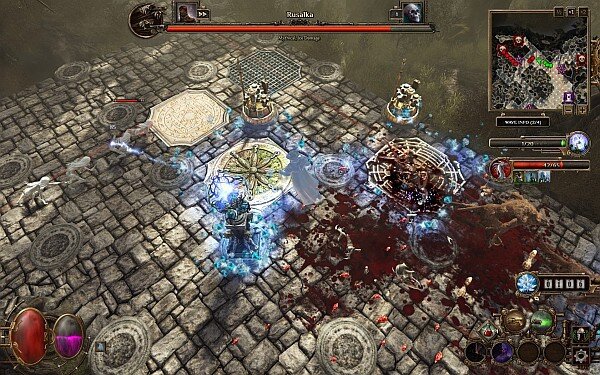 Deathtrap – What We Think:

Deathtrap is an exciting new tower defense and management RPG. In some ways, it is very similar to Dungeon of the Endless, which is a tower defense/strategy/resource management title, except that it feels more like Diablo and less like a Roguelike. The gameplay also reminded me of Dungeon Defenders with The Incredible Adventures of Van Helsing‘s aesthetic, which makes sense, considering NeocoreGames made the Kings’ Crusade and Van Helsing series. They have clearly learned much along the way.

The artwork is highly detailed and interesting throughout, and the text-based narrative is imaginative and evokes nightmarish fantasy with each level introducing a new hallucinogenic fantastical canvass for more monster-mashing mayhem. The score is an alluring orchestral palette with the expected timpani, muted horns and string swells. It doesn’t indicate a real time or place but does sustain an air of mystery which supports the descent into ever stranger domains.

There is even a crafting system; finding scrolls for new items allows you to learn them and then mash down existing items to extract gems that can be used to create new items, often with a pair of random enchantments. Buying and selling things (or buying back things) is quite easy in the store, which also features a timed deal of the day not unlike the type you see in Borderlands vending machines.

The tower defense element is rich, with a variety of tower types that include shooting towers, a huge variety of traps and summoning portals. These are all self-explanatory, but in addition there is a skill tree for leveling up these various towers and their additional auxiliary attributes – some are passive skills while other add new features to the towers, traps or portals. Then, of course, there are your own weapons, armor, spells and charms with which to outfit your character from one of three different classes. In other words, there is a huge amount of customization and variety here.

Essence is the currency for building units, and is accrued by killing mobs. Special skills can increase the amount of essence you retrieve from their dark corpses. 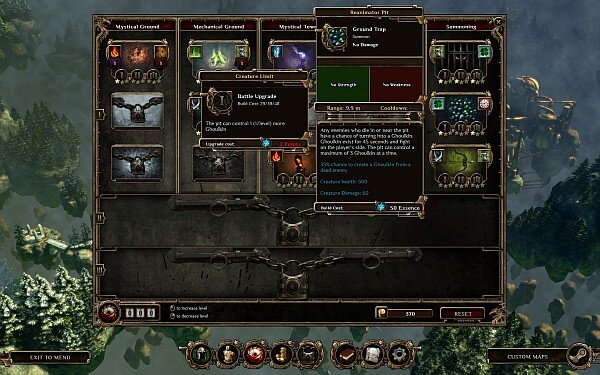 There are also wide variety of creeps, from Horned Brutes that phase in and out of view while spitting darts, to Pale Gentlemen that turn into Eaters of the Dead when destroyed, to a variety of zerging Kobold Wartfiends to elites and abominations among other curiosities from the Ink. You may also be overrun by flying Grubshrieks or Batmoths and other winged types that can bypass your traps but are prone to ballistic defenses.

The mouse uses left to walk, right to use an assigned special skill and center mousewheel to deploy traps and weapons. Not being able to use WASD on the keyboard sometimes feels a little strange, and you had better like your mouse, or moving around can get a bit tedious since you also use the left mouse and mouse position to aim and shoot. That said, you can hold down the shift key to lock your character in place to make shooting easier. This is all demonstrated in the useful tutorial levels at the start, which can be skipped at any time.

On any given level, there may be additional side quests that can include going off the map to find a hidden special mob, or skill-testing goals, like not deploying summoning traps. You can only get 3/3 stars by playing the Hard version, but I never found this setting overly difficult; in fact I found it a little forgiving. 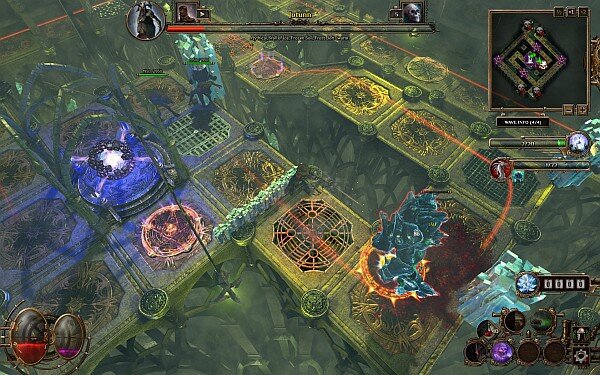 After playing some 10 different settings, however, I did start to feel, in spite of the awesome diversity of wonderfully imaginative and impeccably rendered creatures coming at me, that the play style was very homogeneous. In other words, after doing the same, trap-setting and running and gunning, I felt limited in my options for finding new ways to beat any given level. I would have appreciated some new play mechanics here.

In Which Death Waits For A Man

Deathtrap also has co-op, PvP and endless wave modes along with global leaderboards for each. You must reach level 10 to unlock PvP mode, which makes sense, since by that point you have made enough distinct customization decisions to have a unique character. Unfortunately, finding a match can take a long time, and, as is the bane of too many great games requiring a community, there isn’t enough of a population here to guarantee the use of this feature.

That said, PvP mode allows you to play as either the aggressor or the defender, which reminded me of Ironclad Tactics from Zachtronic Industries. The reason I bring this up is because that was the only way you could actually step into the shoes of the bad guys. I would love to be able to experience this play mode more with Deathtrap, but the numbers just aren’t there right now.

To round it off, there is a well integrated custom level editor so you can create and share your own idea of what constitutes a warpath from the dark abyss for your homies to try and fend off.

Stare Death In The Face

Which makes me think about the one real benefit to consoles: there was a concentration of games – and thus players – around online co-op and versus modes, usually guaranteeing some action. With the vast dispersion of titles on Steam, it is far harder to build a critical mass of players to make these modes assured.

None of this, however, seriously harms the value of purchasing Deathtrap, which has an excellent solo campaign filled with hours of fun and entertainment with heaps of options and variety until that time when it can build a stronger social network. I was hooked quickly and had a hard time putting down. Recommend.

Get Deathtrap on Steam 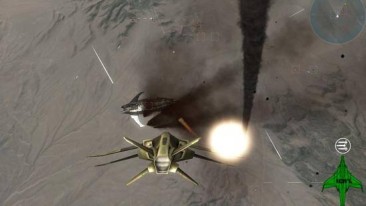 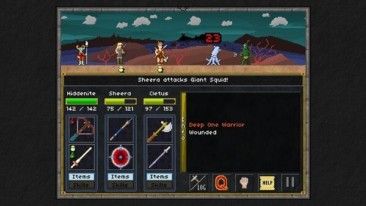