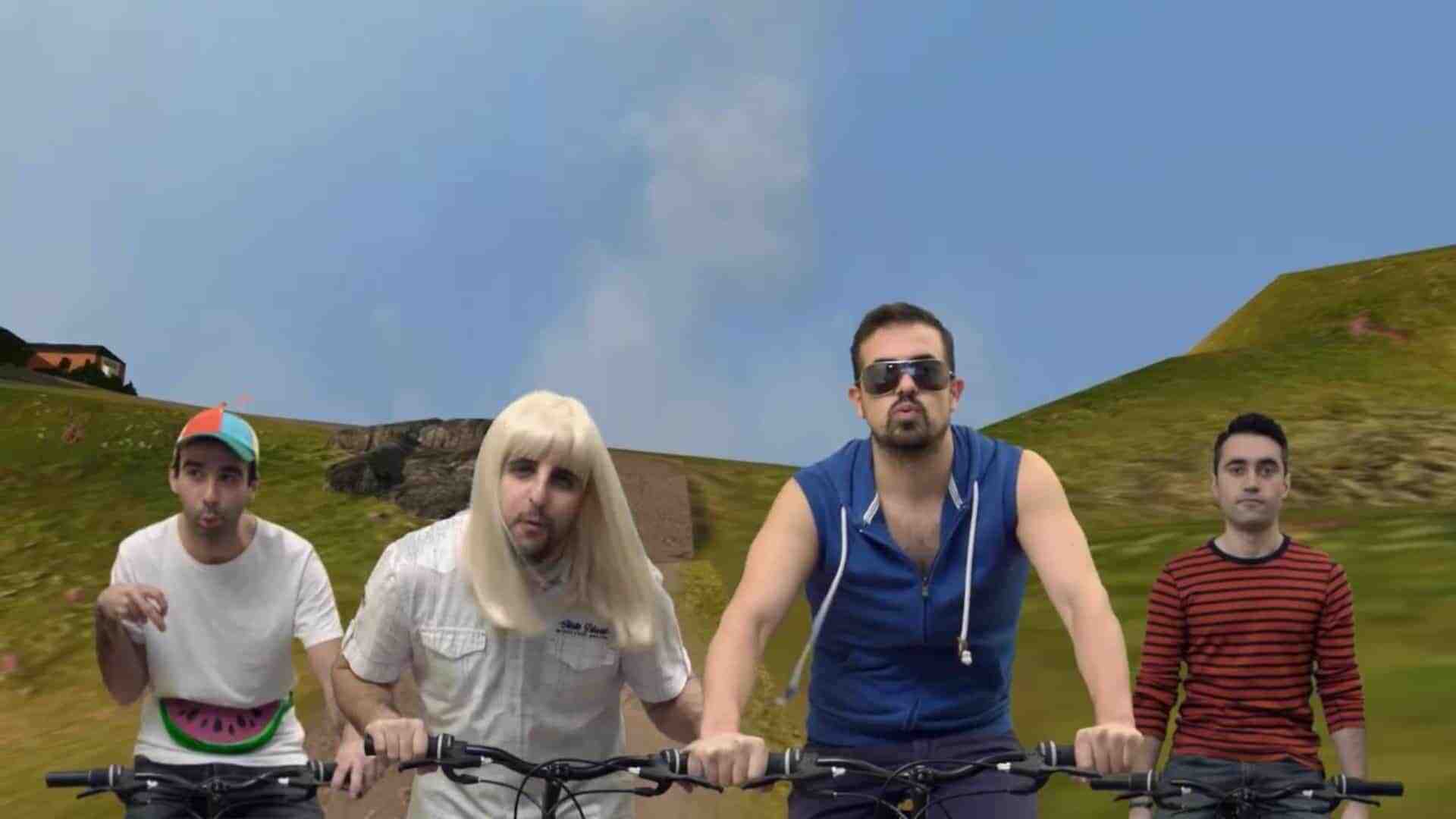 Damn Virgins – What We Think:

Damn Virgins is a straight-up love letter to the graphic adventures of the ’90s. The love child of Spanish indie dev Luis Ruiz, it’s loaded with references to LucasArts classics like the Monkey Island and Sam and Max series, not to mention full-motion video cut scenes. It’s pretty hilarious. That’s why it’s kind of a drag that it’s not actually much fun to play. 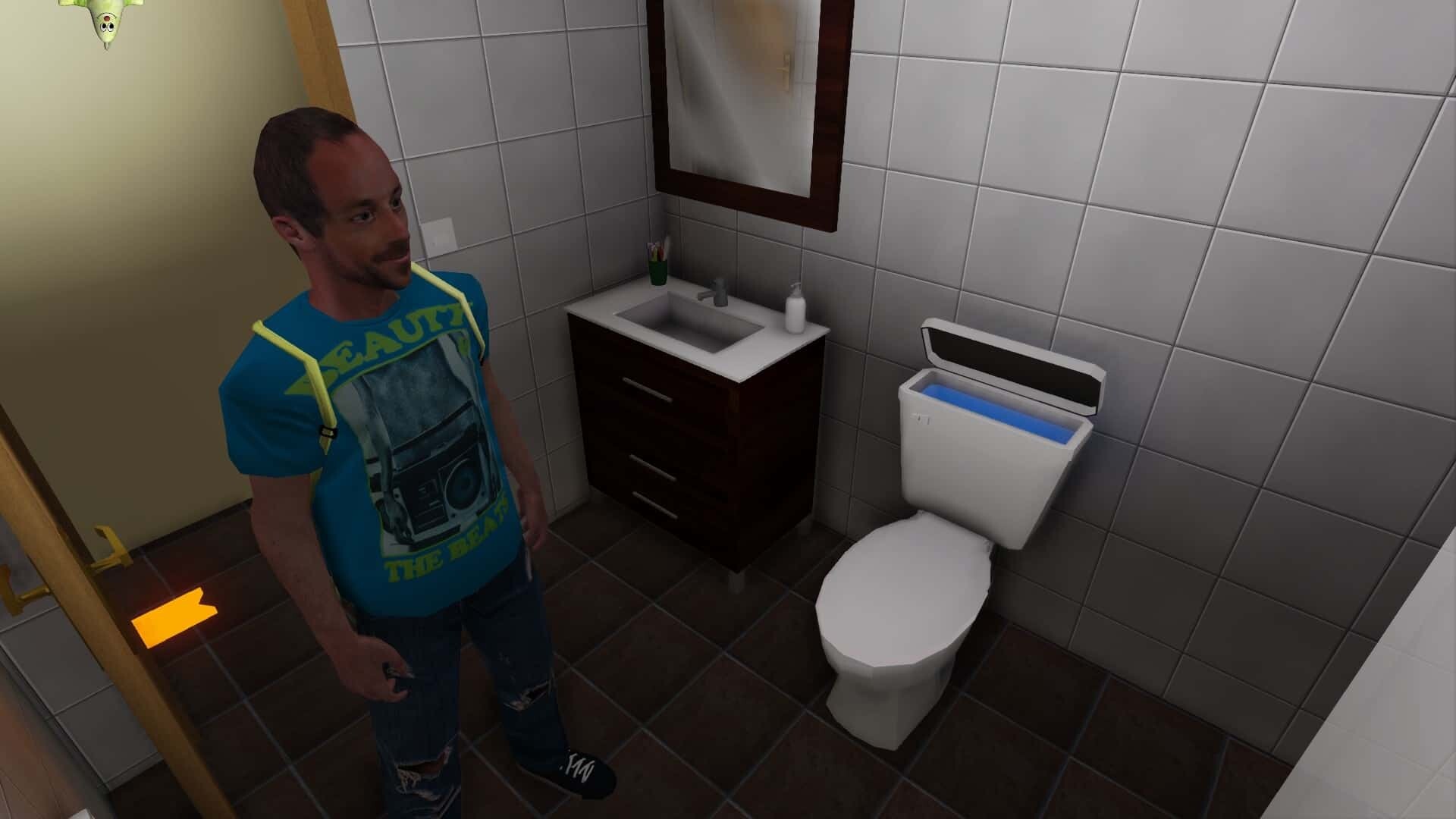 The premise of the game is that in order to prevent the Mayan apocalypse, seven virgins must be sacrificed – and this time, it’s seven awkward college guys, promised a trip to Mexico to finally “get laid” and unaware that they’re really due to be ritually murdered.

Despite a seemingly dark premise, the comedy here is more PG than NC-17, and neither particularly sexual nor particularly violent. Think Monkey Island by way of Revenge of the Nerds, with more deliberately absurd elements like a super-intelligent fish. Also, expect lots of fart jokes. 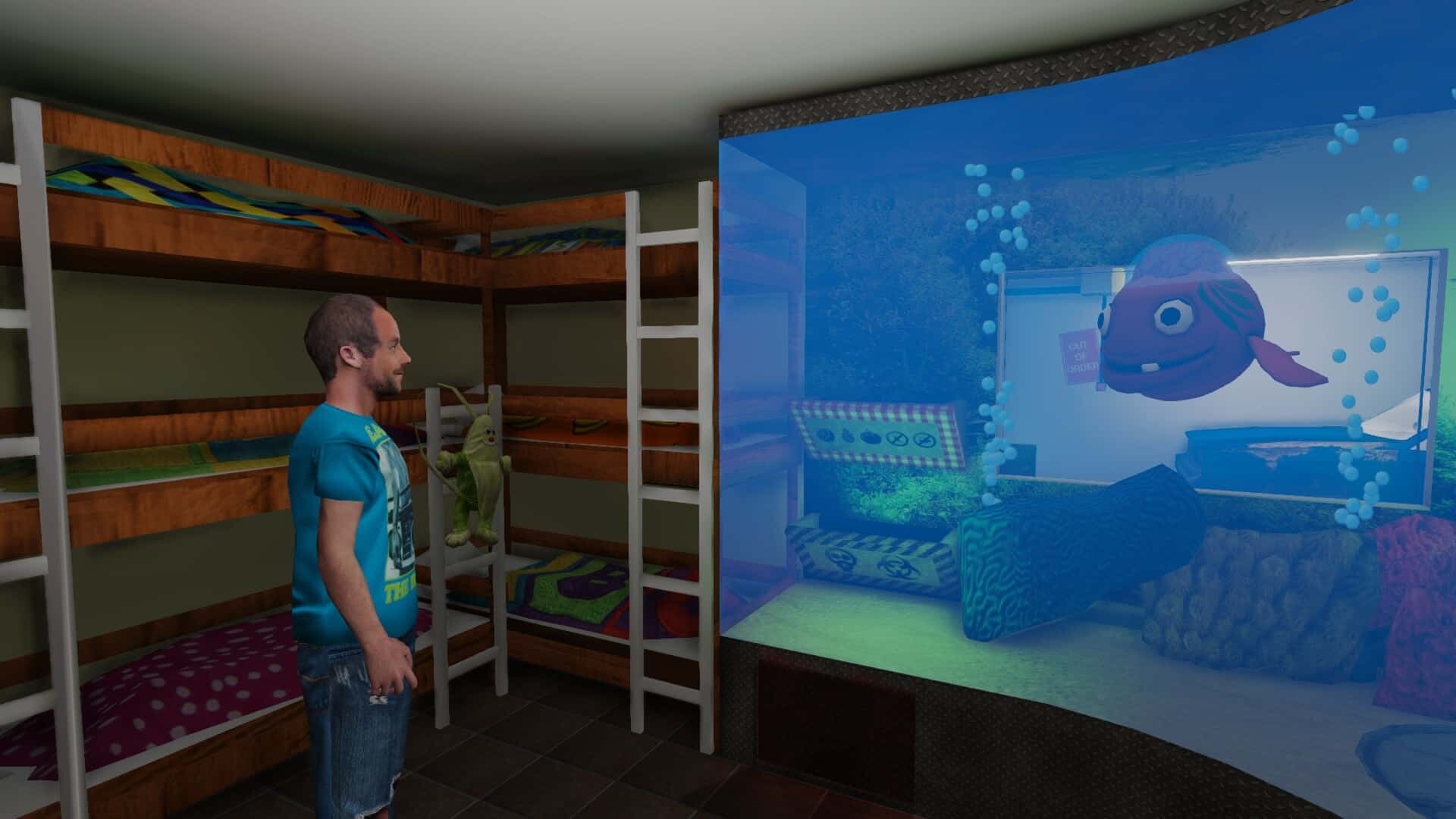 What really surprised me about Damn Virgins is that it’s actually pretty funny – lowbrow jokes, broad characterizations and all. And if you did play all those LucasArts games, there are plenty of inside references for extra amusement (if not, there are still plenty of fart jokes to go around).

Doubly impressive: the whole of the game, including the 45 minutes or so of full-motion video – mostly shot in deliberately cheap wigs – is in Spanish, with subtitles in English, but the jokes don’t seem to suffer any loss in translation. Whether it’s because they’re just that well-written or just that stupid is up for debate. Made me laugh, anyway.

(Plenty of credit should also go to the voice and film cast, which includes Javier Botet, who has appeared in such films as Mama, Crimson Peak and The Revenant.)

Damn Virgins has a lot going for it. It’s charming, funny and well-acted. Unfortunately, it doesn’t work that well as an actual game. Mostly consisting of garden variety inventory puzzles you’ve already dealt with in dozens of adventure games, they’re neither particularly challenging nor particularly innovative. In their defense, they do at least make logical sense within the game’s own goofball comedy context.

The interface, though, is what really ruins things. Presented in 3D, it’s full of awkward perspectives that make it hard to find the necessary objects for puzzle-solving and even navigate from room to room. A function that lights up objects that can be interacted with helps, but…not enough.

More versatile view controls would have made a big difference. A right-click-and-drag rotates your view, but only in one plane of vision and only to one of a few other static perspectives. And when you rotate your view, it whirls at a speed that doesn’t quite match your mouse-dragging, which tended to make me dizzy after a while. The fart jokes got a lot less funny once I was feeling faintly nauseated. 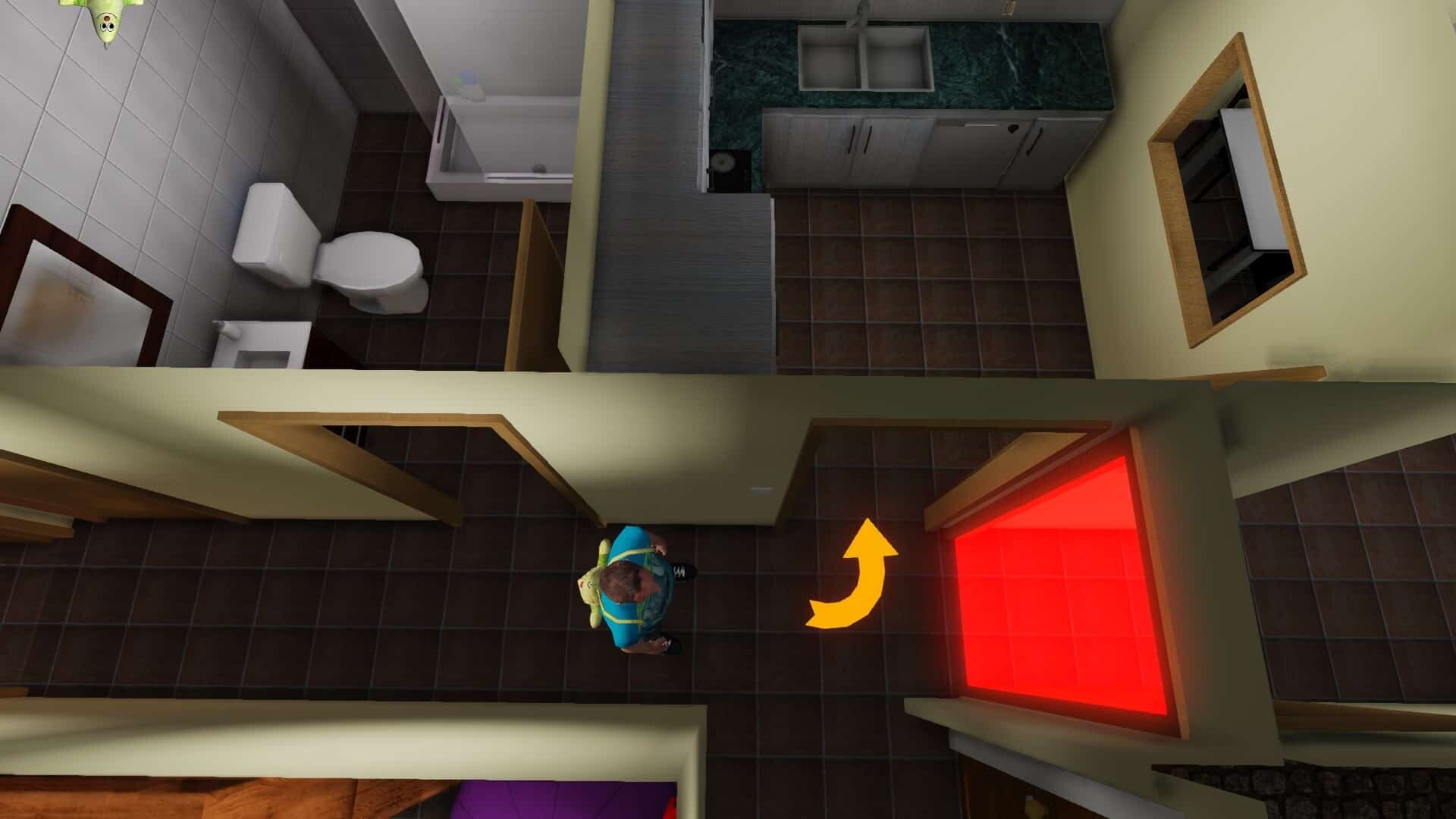 Not for Adventure Game Virgins

While I didn’t much like the presentation of the game itself – I personally think Ruiz would have been better off ditching 3D entirely and going with a 2D full-motion video approach like Gabriel Knight II: The Beast Within – Damn Virgins does make up for it, at least in part, with a lowbrow but surprisingly amusing comedic tone. While it’s probably not a game for everyone, it’s worth a look for experienced adventure aficionados.

Damn Virgins is available via Steam.

Watch the trailer for Damn Virgins below: 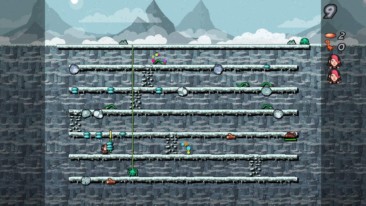 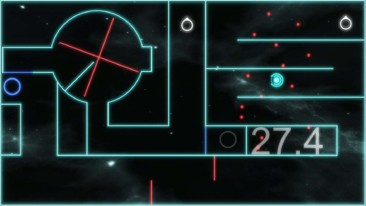