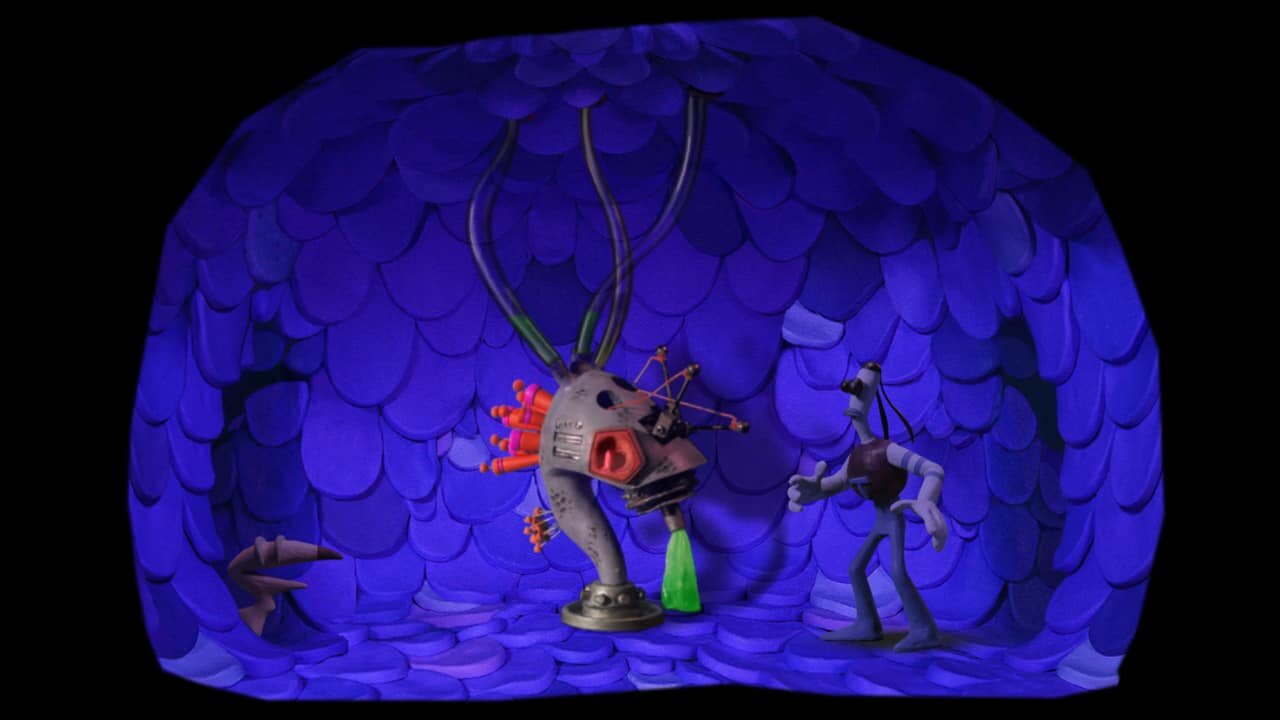 Armikrog – What We Think:

After crash-landing on a strange nature-filled world featuring creatures that could have fallen from the pages of The Dark Crystal, our two protagonists run for cover into a mysterious castle full of secrets from across time, space and dimension. 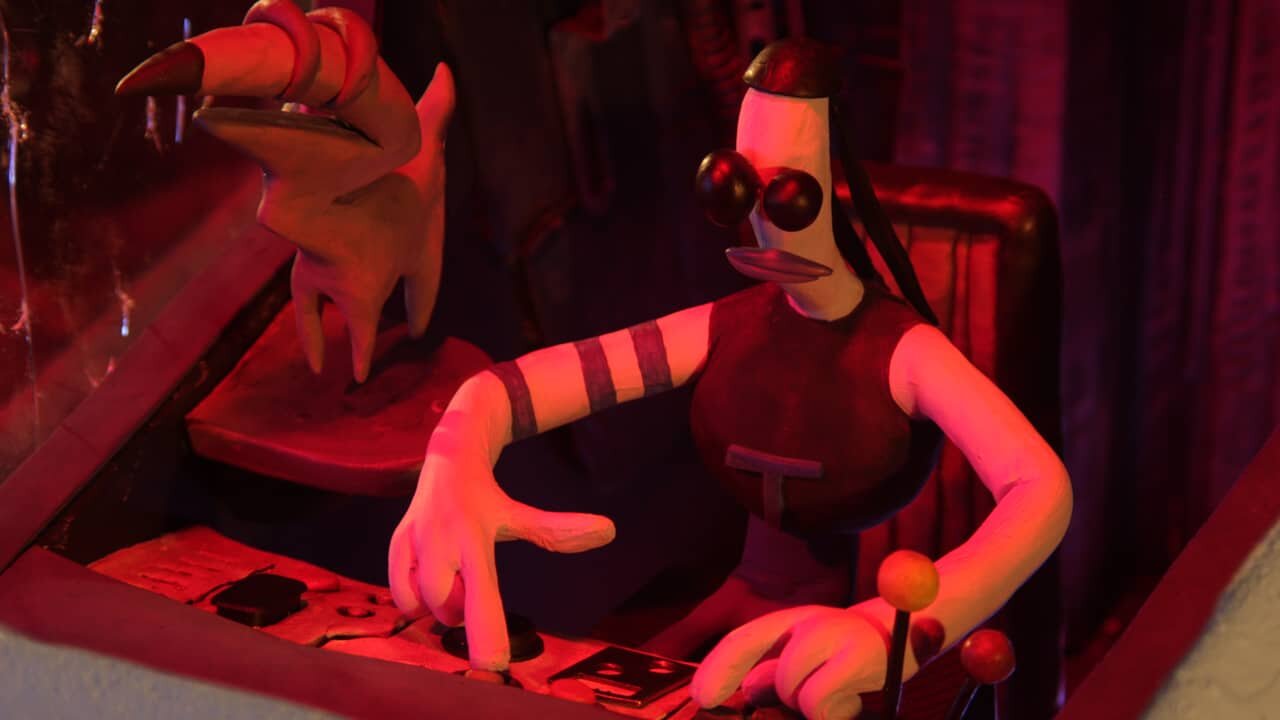 This is a pure adventure game. There is no combat, no deep menus or inventory or walkie-talkies or anything else. Just straight up point-and-click-and-seek-and-solve whatever puzzle logic is in front of you, so you can experience more weird and wacky fun this strange  painstakingly designed otherwold has to throw at you.

The animation and design are second to none. Deeply imaginative, full of whimsy and warped characters, Armikrog hearkens back to the animated magical allure of Dragon’s Lair, the purity and mechanics of Telltale’s Sam and Max series and the quirkiness of Neverhood, Grim Fandango and their ilk.

In Armikrog, not only are the character designs terrific, but so are the epic set pieces. Every environment is as much a character, rife with color and interesting details but always clear about the points of interest without ever betraying the seams. Indeed, all the motion is very fluid and well-integrated with the mise-en-scene and backgrounds; you won’t see any bad green screen effects here. 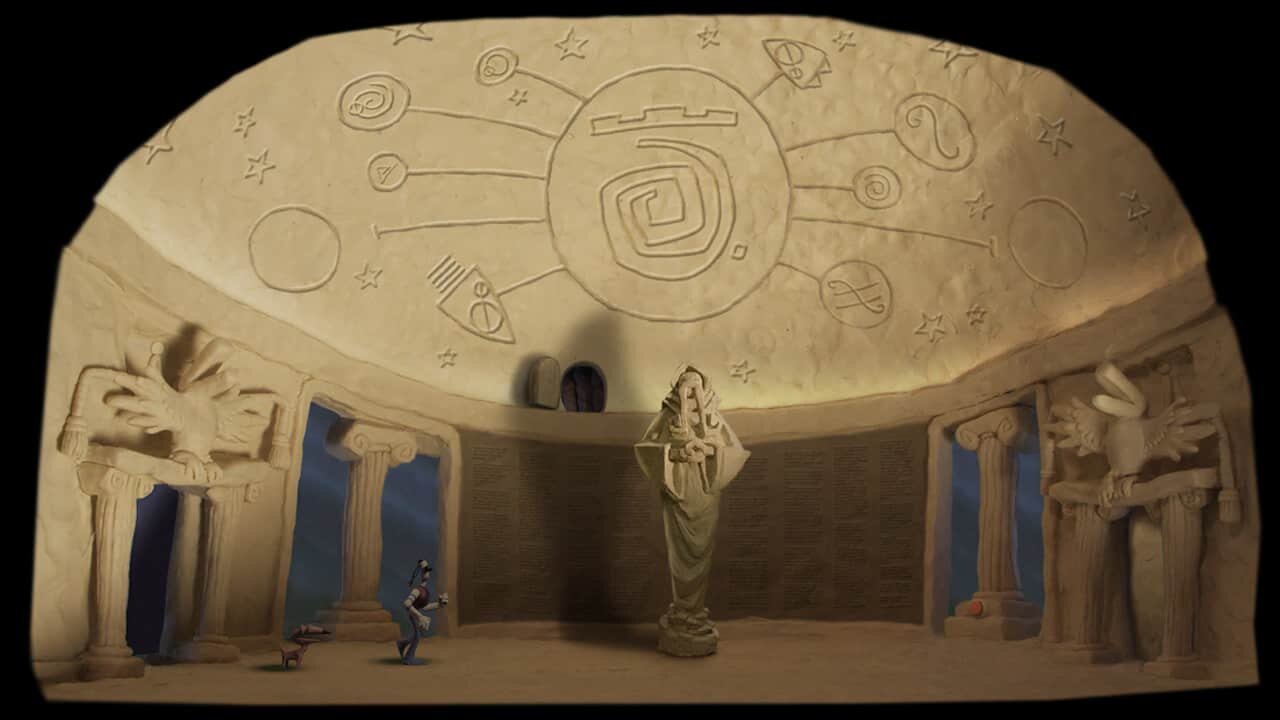 But all good things, sadly, must come to an end. And so ends my effusive litany.

Unfortunately, in Armikrog, the puzzles are not so fluid and often require completely illogical solutions that stop the flow of progress through its exciting-looking world.

The first few levels were alright – intuitive, fun and less pixel hunty than most adventure games I played this year. They are even ambitious in their abstraction – for example, in one of the early puzzles, your dog departs into a kind of doggy Beetlejuice-like alternate reality and then back again in a nonsensical geography. But it felt reasonably fluid.

By the time I reached the second floor, however, I got presented with a puzzle that just felt like peck and guess. Is it THIS combination? Nope. Is it THIS one? Buzz. How about this? Or this? Is it this? Bleh. It doesn’t get much better, unfortunately. Part of the reason (full disclosure) that I am not a fan of this genre, is that it just feels like a bunch of tedious roadblocks and speed bumps to the enjoyment of cool worlds and art. 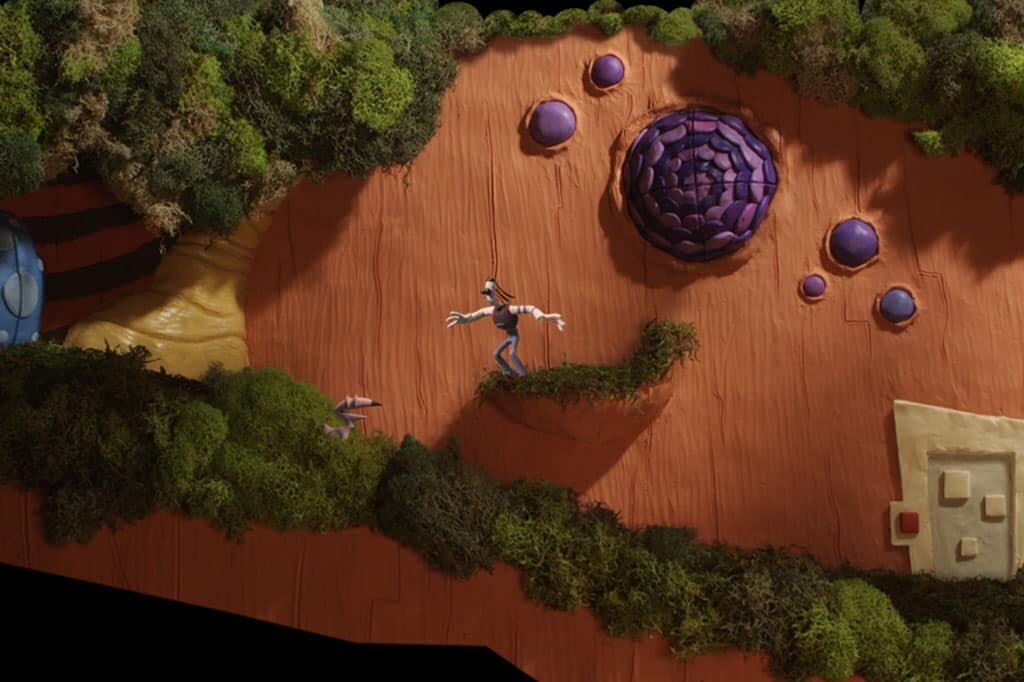 That is not how it should make me feel. Tedium, that is. An amazing example of a good adventure game in which I can immerse myself for days at a time is Inkle’s 80 Days (written by Meg Jayanth and Jon Ingold). Everything in it contributes to the overarching narrative, so any challenges presented to me are an exciting embellishment to the unique story I am participating in and manifesting by virtue of my existence in that world.

Story at the center: that is what adventure games are for. “Once a upon a time, there was an interesting character who would travel to interesting places and become engaged in doing interesting things with the people and places and with a little cleverness, used a couple of whatsits and whoozats to craft a blurbflanger and save the kingdom.”

It should not be, “This is so rad-looking! Now WTF do I do? Nothing in my lifelong learning can reasonably guess what the hell the developer – total broken suspension of disbelief and immersion – was thinking. I guess I’ll watch a Let’s Play or find a walkthrough.”

I love this game and what it is trying to do, but Armikrog fails to aesthetic design over a functional one. Ack, it hurts. So promising.

Watch the trailer for Armikrog below: 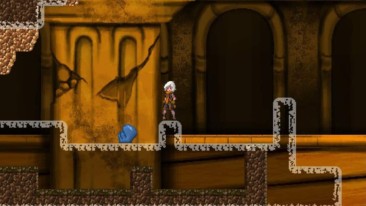 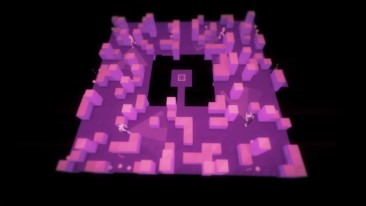