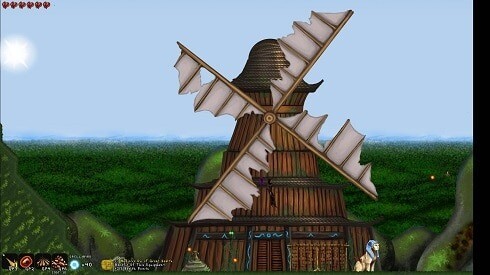 A modern take on the 16-bit era, A Valley Without Wind 2 blends a variety of mechanics across multiple genres, seamlessly bringing together the best qualities of old-school platform-shooters and turn-based strategy games. You choose how and where to explore via the world map, how to upgrade your character via mage classes, feats, and perks that you unlock, and how to battle the forces of evil every step of the way.

Your character is a mage who has infiltrated the inner circle of the evil Demonaica, and you now share the power of immortality that he uses to terrorize the land. Using this power against him, it’s time to lead an uprising and ultimately bring him and his henchmen back to mortality so that they can be dispatched.

The procedurally-generated world map and side-scrolling missions, both central facets of A Valley Without Wind 2, create an addictive gaming experience rich in both challenge and replay value.

Just a Drop of Water in an Endless Sea

The last hope for humanity is preparing to launch an all-or-nothing strike against the treacherous army of Demonaica. Facing fantastic odds, the resistance has managed to plant a mole amidst the upper ranks of the evil one’s elite forces. The player controls this plant, and after gaining the trust of the Dark One, he/she receives a dark orb.

The mystical gift grants the bearer immortality. While the player can still experience death, it is now impossible to permanently slip off the mortal coil. Though this 180-degree shift in killable status may sound like a blessing, it only amounts to one tiny step in turning the tides on the forces of darkness.

Barely escaping Demonaica’s lair, the player must command the resistance forces to reclaim the lands scourged by the overlord. There are survivors to recruit, structures to build, powerful secrets to unlock…and only a short period of time before Demonaica awakens to seek his vengeance.

Nothing Lasts Forever but the Earth and Sky

The resistance will perform various actions at the behest of the player, and all of these will take place on the world map. It will be necessary to recruit other resistance members, acquire or produce resources such as food and scrap metal, and tear down impassible obstacles to provide passage for the player. Each recruit can perform one action per turn.

As the rounds pass, evil creatures will emerge from various points on the map. If the player fails to send strong units against these assailants, weaker resistance members will start to fall in battle, thus limiting the amount of activities that can be performed in a turn.

I Close My Eyes, Only For a Moment

The hero must engage in side-scrolling missions to further the resistance effort. Selecting “embark into region” on a world map tile will take the player to a procedurally-generated level. Clearing the level involves reaching the wind generator at the end of the stage and destroying it. Doing so will open up more of the world map, but will also bring the current turn to an end.

A health counter can be found on the top left of the screen. The amount of health available depends on the stats of the warrior chosen by the player at the game’s start, though loot chests can augment or detract from this limit. Depleting the bar will result in a death, and the hero will be whisked back to the confines of Demonaica’s lair to begin life again, though this will cause a dent in overall morale.

Seek out perk tokens as this opens up a greater amount of personalization. Level ups can be found in windmills that dot the overworld, and each third level will afford the player the chance to uncover more powerful forms of magic from the darkest recesses of Demonaica’s castle.

All We Do Crumbles to the Ground

After fourteen turns end, Demonaica emerges from the tower. As the game begins, fourteen turns may seem like an abundance of time. In truth, even if these turns are used effectively, the dynamic of the game changes drastically once the Big Bad takes the stage. He is able to move three squares per turn, and he lays waste to anything he touches. Covered farm? Vaporized. Scrapyard? Scrapped. Level 9 survivor? Annihilated. Resistance members are falling, infrastructure is crumbling, and yet, the player must continue to build and collect resources to provide for the tattered remains of the rebel army. This inevitable tearing-down of all the player has constructed succeeds in making the end game more of a personal vendetta than a cold objective.

The initial learning curve will likely prove a mite daunting for newcomers to the franchise, though plenty of hints are dropped during the between-area dialogues with your second-in-command. Like as not, the first playthrough will serve as a string of examples of what not to do. There are numerous acts that are essential to keeping the resistance alive that might not be immediately apparent until the player has crossed the point of no return, and is gorging on Demonaica’s dust.

In my time with the game, I realized too late what I had failed to do on my first game, and opted instead to restart, keeping my priority tasks top of mind. Once I had established a healthy host of survivors at my beck and call and a steady stream of resources, I felt more confident in progressing towards the unavoidable brush with the evil one. Even with the advances I made in the new round of play, the enemies strengths rose in scale. Stronger enemy mobs would take out weaker survivors in corners of the map I hadn’t been monitoring. There is a need to micromanage the world map before taking on an end-of-turn mission, and I found this aspect to make up most of the fun in the game.

While the new graphics are vastly improved, there are a few notably awkward occurances. I found that characters with wider stances jump as if the ground is still beneath their feet, making them appear wooden. Some of the enemy creatures suffer from a similar fate; fairly often, wall-hugger critters will lose their path, causing them to stagger off in a direction while hanging in mid-air. Mimic chests that, by the sheer luck of the draw, end up on diagonally sloping parts of levels lose the element of surprise, as normal loot chests simply don’t appear in this fashion.

Overall, the game presents well, though none of the visuals are likely to drop jaws; designed by Heavy Cat Studios, they consist of over a hundred and fifty new sprites and over two hundred magic spells. The soundtrack is wonderfully deep and diverse, delivering several original tracks to suit the patchwork landscape left in Demonaica’s wake.

Before the Dust Settles

A Valley Without Wind 2 has been released for free to anyone who previously purchased the original. For those purchasing the sequel first, the game’s predecessor comes as part of the package. Though this bundling might make it seem as though Valley 2 is a touch-up of the original (upon which IGR bestowed a 5-star rating), this is hardly the case; there are plenty of major changes to be found, most notably, the open-ended sandbox feel of the first has been replaced with a distinct beginning, middle, and end. Also, much of the magic and combat elements have been overhauled to make for a tighter overall experience.

Valley 2 is a solid mash-up of genres. While the side-scrolling missions are engaging, they take a distant second to the totally engrossing task of overseeing the development of the world map. Maintaining resistance forces while reeling from a constant volley of destruction is gripping, and really hard to walk away from. With over fifty mage classes to unlock, the RPG aspects of the game keep the combat and host of enemies fresh and ever-challenging. Given that all of these aspects are generated at random at the start of a new game, each playthrough will be something completely unique. With several difficulty settings and literally hundreds of achievements to unlock, it’s hard to envision only playing Valley 2 once.

Get a Valley Without Wind 2 at the Arcen Games website

Get A Valley Without Wind 2 on Steam 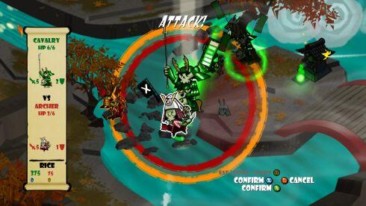 Review: Skulls of the Shogun from 17-Bit Games 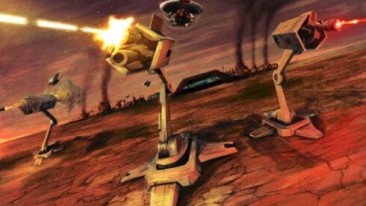