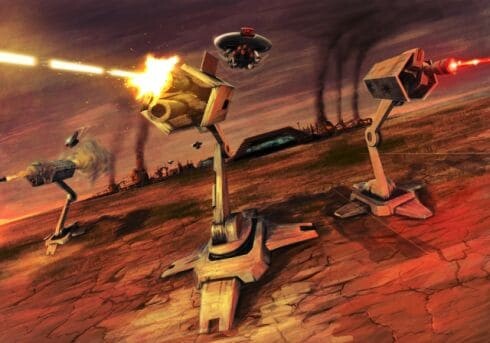 Factorio is a 2D game about building factories on an alien planet.

You will be mining resources, researching technologies, building infrastructure, automating production and fighting alien enemies. Use your imagination to design your factory, combine simple elements into ingenious structures, apply management skills to keep it working and finally show your close combat skills in encounters with planet (sic) inhabitants who don’t really like you.

When was the last time you started playing a game and the next thing you know, you look up and there is light from a sunrise peering through your window? When was the last time you played a late alpha or early beta of a game and been more drawn to it than a completed one? Factorio has already caused me to lose more than a few nights’ sleep and it’s still little more than a proof of concept.

From a small indie game development team based in Prague, Czech Republic, Factorio is a game about crafting. There is a story-based campaign, but to experience the unrestricted sandbox mode had me making grand forges, robotic arms and conveyor belts. So when I say it’s a game about crafting, you also need to remember that you’re just a single guy all by yourself stranded on an alien planet. If you hand-made everything, it would take you an eon to piece together a ship to get off your stellar Gilligan’s Island.

You need to automate your processes as quickly as possible,therefore it’s up to you to construct forges that will mine, smelt, store, construct, build, and research the raw materials and tools you need to survive and escape. The first few levels act as a capable tutorial in orienting you towards this end – the basic needs for getting a factory working with as little further input required from you as possible. How to go about getting some creative mega production lines churning in your service, is up to you to discover.

Since the game in still in a very early state (at the time of this writing I am covering the alpha build,) the campaign story only goes as far as covering the basic-needs tutorial. Where I lost many hours of sleep came from the Sandbox mode:

“I’ll just go get this iron from this smelting line and put it in this box to be made into bullets before I go to bed…Oh, this forge is out of coal, I had better refill it. Uh-oh my laboratory stopped receiving research material, what needs fixing? Oh, it needs this new material, and to make that material I need to make this computer chip, which means I need Copper, so I need to start a new copper mine complete with forge, coal mine or electricity source, and ideally, a way to get the new copper bars to the production line without me having to manually lug it around…Oh crap, is that the sun?”

Even though you may have figured out how to get things up and running, you’ll be kept on your toes as every so often the natives raid your base to attack you; your factories are polluting their planet. Thankfully, they will not destroy most of your carefully distributed production lines. They will, however, attack your labs, your point defense turrets, and you.

I’m most interested in what advancements will be made with this combat aspect, as right now it seems more a speedbump as you plan your next day in the game-space. I’d like to see it become a little more meaningful and strategic as the title develops.

Some other things I’d like to see in a later build are more powerful alien attacks, as opposed to numerous; even with my monster computer the game started to really choke when it started spawning alien units, who would then attack.

I’d also be interested in seeing a co-op mode wherein you can connect to a friend and divvy up jobs. What if one person is really good at setting up forges and mining facilities and the other is really good at setting up long complicated item production lines? Beyond that, I’m just be excited to see what new things they have in store for the game as work on it progresses.

So if you are ready to lose some sleep, try the Factorio preview demo available via the official site! Just don’t forget to go to work. 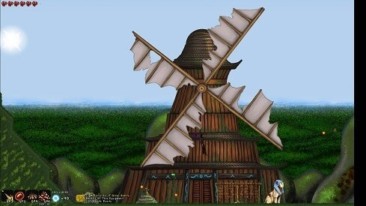 Review: A Valley Without Wind 2 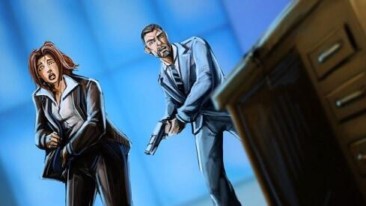 A Review of Cognition: Episode 2 – The Wise Monkey – An Adventure Game from Phoenix Online