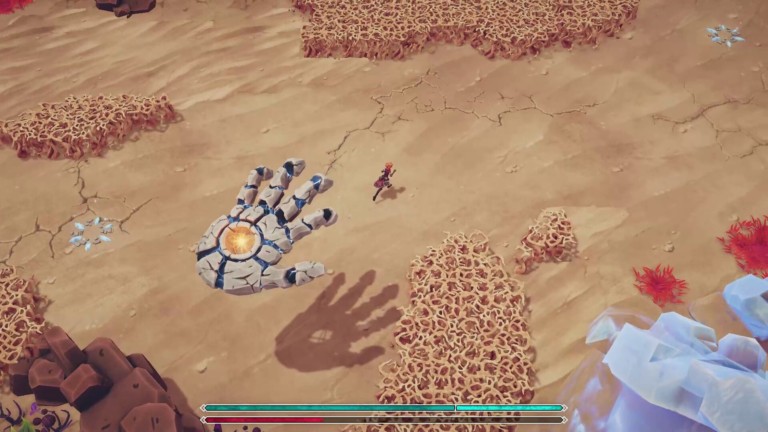 Nanotale – Typing Chronicles is an RPG adventure game with an unusual twist: just about every task in the game is performed by typing out relevant words. A successor to the well-loved Epistory, Nanotale brings its wordy wonders to the forefront as it presents a magical world of woodland sprites, witches and all manner of mysteries to explore and unravel.

Secretary to the Archivist

I was interested to try Nanotale as, barring vague memories of some sort of educational typing game I experienced in my youth, I have never played anything quite like it. The story follows Rosalind, an archivist exploring and learning about the magical world around her. This is a superb basis for the typing aspect of the game, as it feels as if you’re adding notes to Rosalind’s texts as she gains more knowledge. 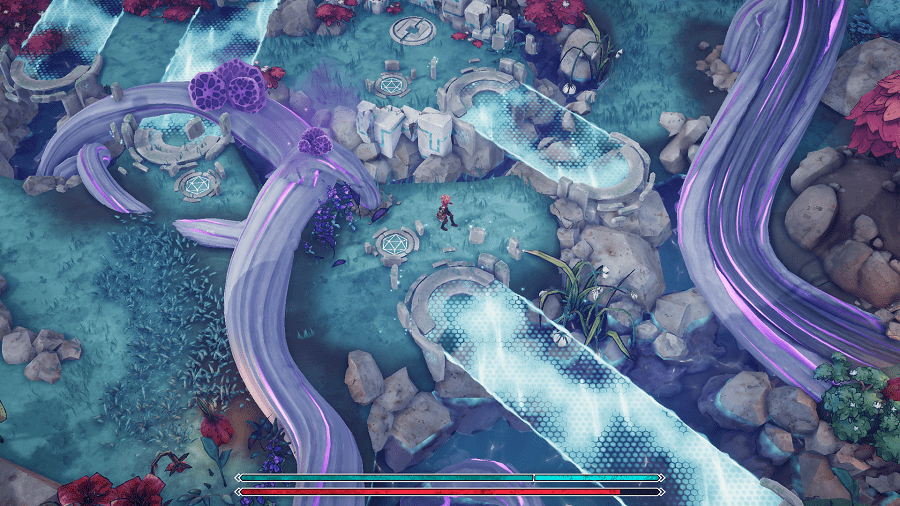 Things get off to a fairly slow start as the game goes over the basics, but as options expand, it becomes clear that several RPG systems are backing up the deceptively simple typing mechanics. Most tasks, from talking with NPCs to investigating plants in the magical forest that Rosalind finds herself in, involve typing out keywords from the conversation or studied flora, respectively. Progressing in just about any area of the game requires this typing activity (even the menus are navigated in this way).

Nanotale broadens its challenge with a combination of two factors: speed and puzzles. The former is presented via enemies; they must be magically rebuffed, and to do this words related to their hostile natures must be swiftly typed before they can get close enough to attack. Obviously, this makes for some tense moments as groups of foes close in for the kill.

Puzzles are presented through the environment; certain plants and other terrain can be interacted with through magic by typing out related words. Large bulbs, for example, can be burst to spread water that causes plant life to rapidly grow, providing cover to hide in or potential fuel for fires to spread (fires, in turn, can be created by detonating explosive plant life).

New routes can be opened up by burning down bushes, opening up magical bridges and more. The world is designed for new areas to loop back to old territories, providing shortcuts to ease the burden of back-tracking. 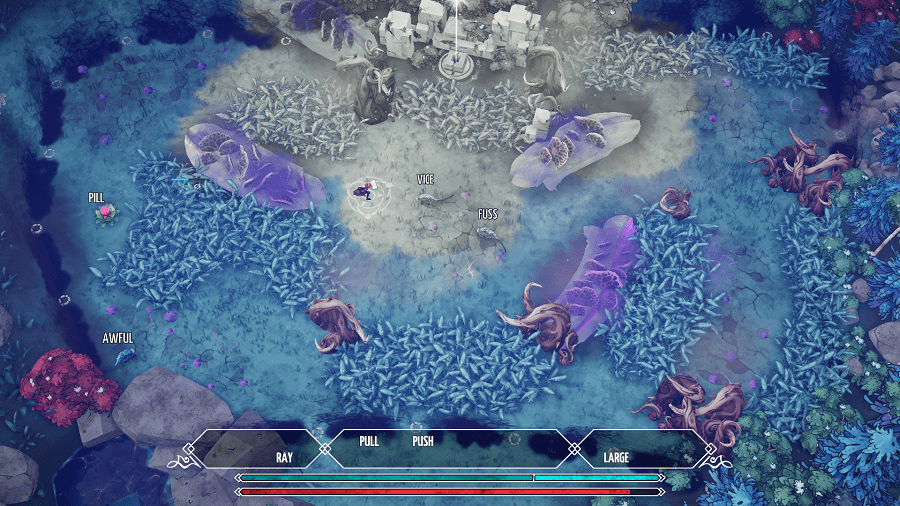 My thoughts on the typing system have developed during my time with it. I think the way it is implemented for magic is superb; as new powers are unlocked, it becomes possible to adjust spells with various words such as “ray” to change the nature and shape of the spell. This, combined with the various possible interactions with objects or creatures in the environment, makes for some interesting possibilities and for a magic system that “feels” magical. I’ve always felt games need to leverage the concept of “knowledge and language as magic” more effectively, and this is a great way to run with it.

I’m less sure that the typing needs to be quite as pervasive throughout the game. In some ways, I feel this could have worked better as a fully-fledged RPG with a combat and magic system built around the typing elements, rather than including them in conversations, menu interactions and other minutiae. That being said, the archivist occupation of the protagonist and the way typed words link into her thoughts and note-taking makes for a thematically synergistic concept. 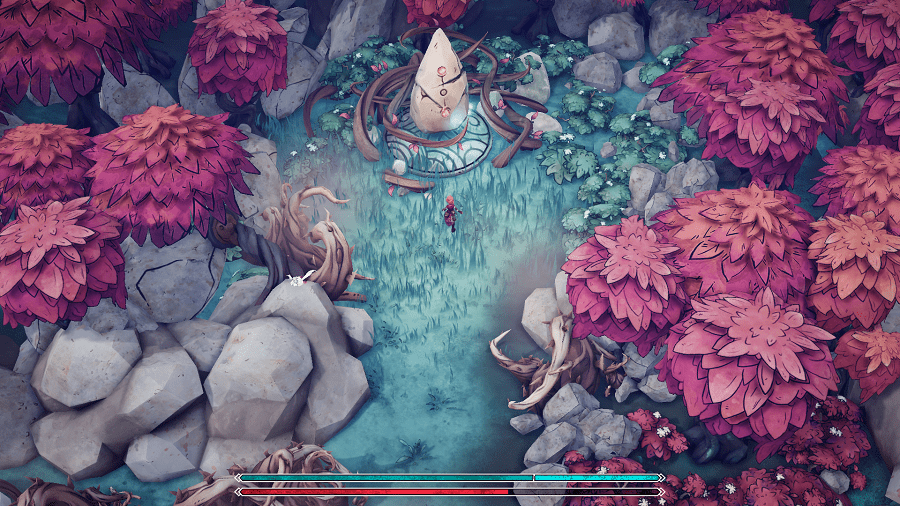 As more information is gathered about the world, Rosalind gains experience, which leads to new powers being unlocked. These vary from utility upgrades, such as seeing research points on the map, to increases in damage or spell variety. This, combined with larger spell unlocks through narrative milestones, makes for a solid sense of progression through the game. The sizeable world also makes for an enjoyable sense of exploration as one slowly fills in the map.

The Joy of Typing

The visuals of Nanotale are beautiful; the enchanted forest aesthetic remains a good choice, and the world is a delight to explore. Different environments begin to unfurl as Rosalind ranges from the forest to deserts and beyond. This is all backed by a gentle but whimsical soundtrack that helps to firmly ground Nanotale in the “fairy tale” style. 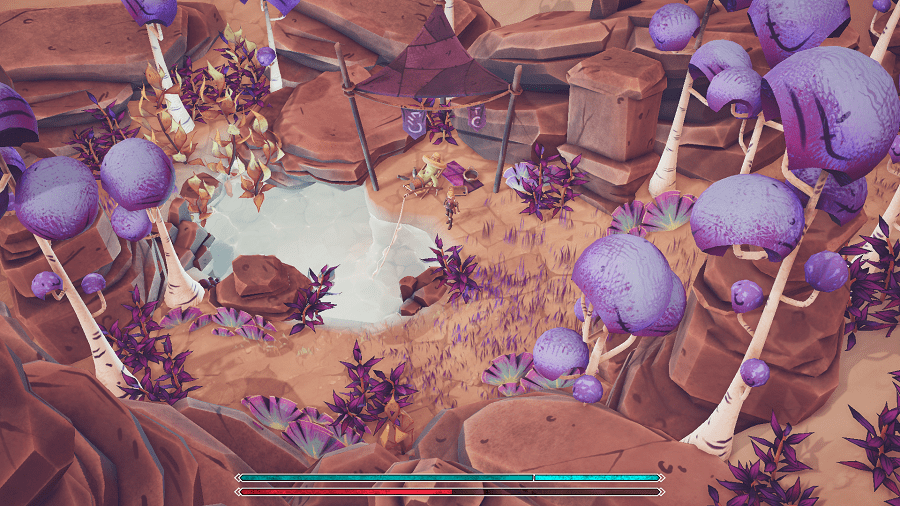 Nanotale – Typing Chronicles is a joyful adventure game that has focused its action around an unusual input system for the medium. Anyone wanting to sharpen their typing skills while having a relaxing time in a charming world could do worse than spend some time in Nanotale.

On the flip side, while it is perhaps a little enthusiastic about its chosen control method, someone keen for an adventure experience will find this a refreshing and surprisingly thematic way to interact with an RPG.

Check out the official Nanotale – Typing Chronicles trailer below: 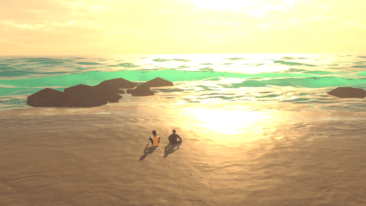 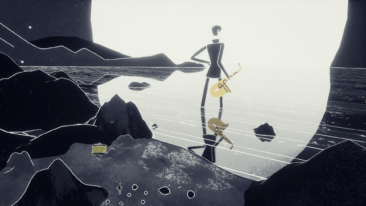