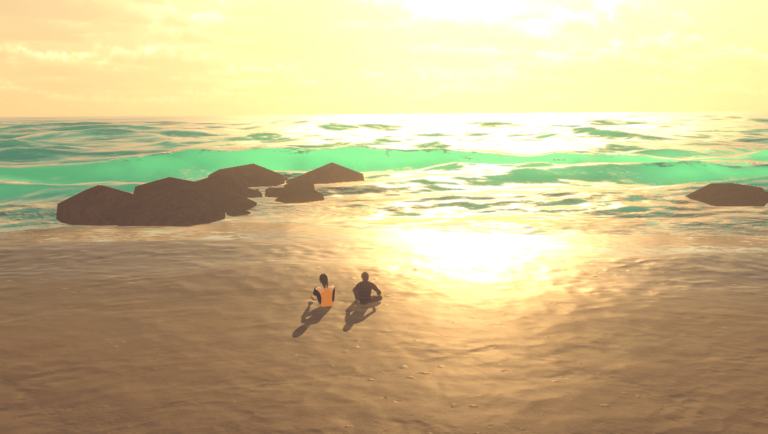 In Forgotten Fields, you play as Sid, a writer dealing with writer’s block. The spark, the passion to write has seemingly left him. Early on in the game, Sid gets an invitation to a moving-away party being thrown by his mother. She has invited Sid along with a number of the friends he grew up with. From this point on, Sid goes on a grounded journey of self-discovery. 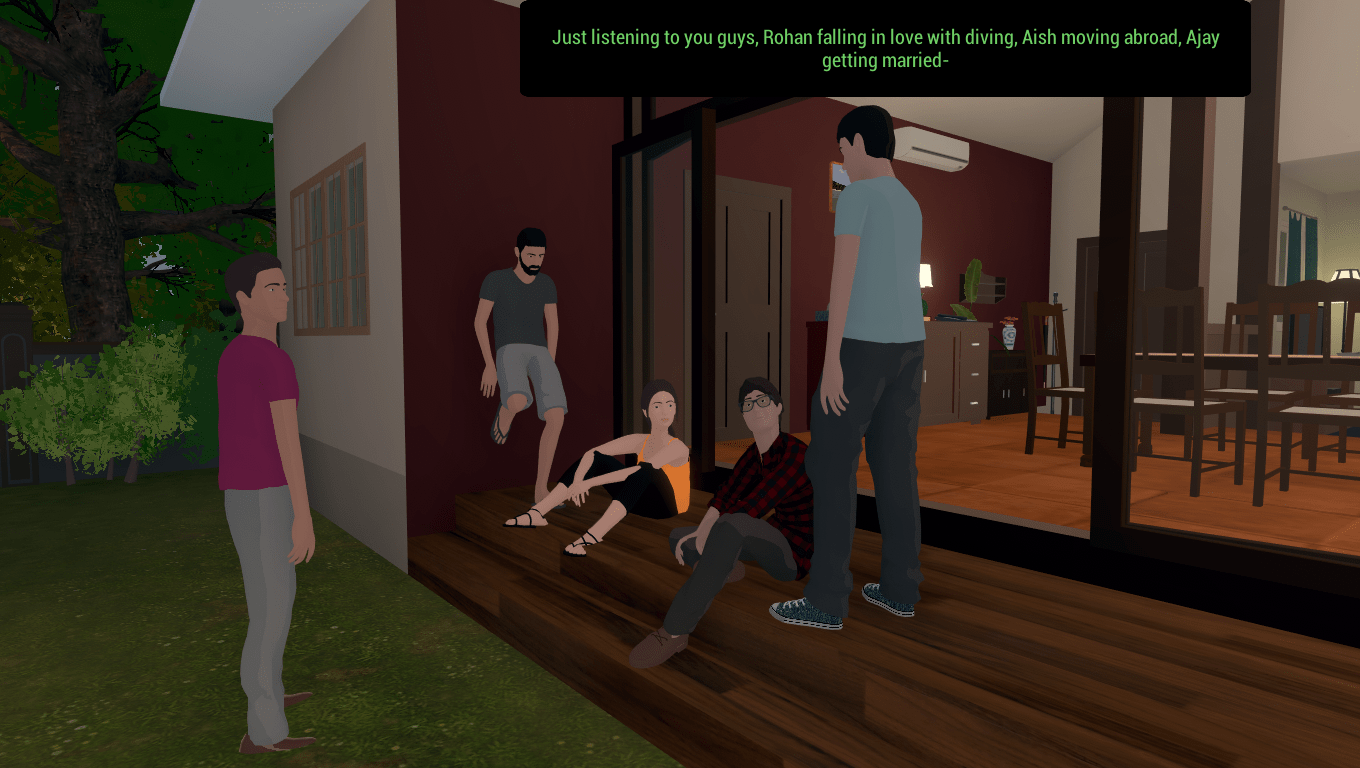 I say “grounded,” because this game is very much a slice-of-life kind of experience. Sid does menial tasks, from helping his mother set up the party to helping some kids retrieve a soccer ball that got stuck on a tree branch. In between these more mechanically-driven sequences, he talks to a number of people.

The main thing you do in this game is read dialogue between characters. There is plenty of dialogue that develops Sid’s friends to a decent degree, given the brief time spent with them. Dialogue touches on topics ranging from nostalgia, getting old, adulthood, philosophy and even social media. Plenty of issues are tackled directly. It makes for a more melancholy, grounded experience that doesn’t beat around the bush. Instead, it feels more genuine and realistic. There are a number of thought-provoking sequences that had me relating heavily.

I’m at the age where I certainly get nostalgic for the things in my past. It’s an issue that Sid struggles with throughout the entire game. I think if you’re like me, this aspect of the game is highly relatable and makes for a more engrossing experience. I put myself in Sid’s shoes often, which made this experience overall more personal. I think the game nails this wonderfully.

Throughout the game, Sid is trying to come up with a story for his next book. Between moments of clarity and after dialogue sequences, Sid daydreams about his next story. In these playable sections, you control a female protagonist in a fantasy world. These sections help add to Sid’s narrative arc, but I found them to be too short and far less interesting than when I was playing as Sid. I wish these sections were more narratively developed so that I could be more invested when they appeared.

Without getting into spoilers, the thing I liked about the final act of the game is the decision I had to make. A culmination based on how I felt about everything leading up to that point, it makes for a multiple-choice ending that isn’t boiled down to choosing the “good” or “bad” ending. I felt like Forgotten Fields was ultimately satisfying whichever choice I went with.

An Obstructed View of the Past

Unfortunately, I did run into some issues with Forgotten Fields outside of its narrative. I got stuck on objects far too often (and even observed NPCs with the same problem). And since movement isn’t precise and fluid, the exploration sections of the game are less enjoyable, especially since most areas in the game have narrow paths between objects.

Another issue I had was the game’s camera. I often got frustrated because an awning or wall was blocking my view, and I could only rotate the camera in particular sections of the game, which made many moments needlessly aggravating.

The game opts for a more simplistic art style. It features a pastel color palette that makes for a bright mood. Nice details like foliage swaying in the breeze and ocean waves realistically splashing against shore-side rocks create an inviting environment that screams “summertime.”

Characters, on the other hand, are more basic. None of them are very emotive, and they don’t display any facial expressions. Movement and animations are stiff. Moments like seeing a dog slide across the ground for a couple seconds or seeing Sid wash dishes by oddly rubbing his hands together are distracting. The awkward animations frequently took me out of the experience.

Overall, I think the art style gives the game a cool storybook feel to it, and even though there is some awkwardness involving characters, it didn’t ruin my overall experience. 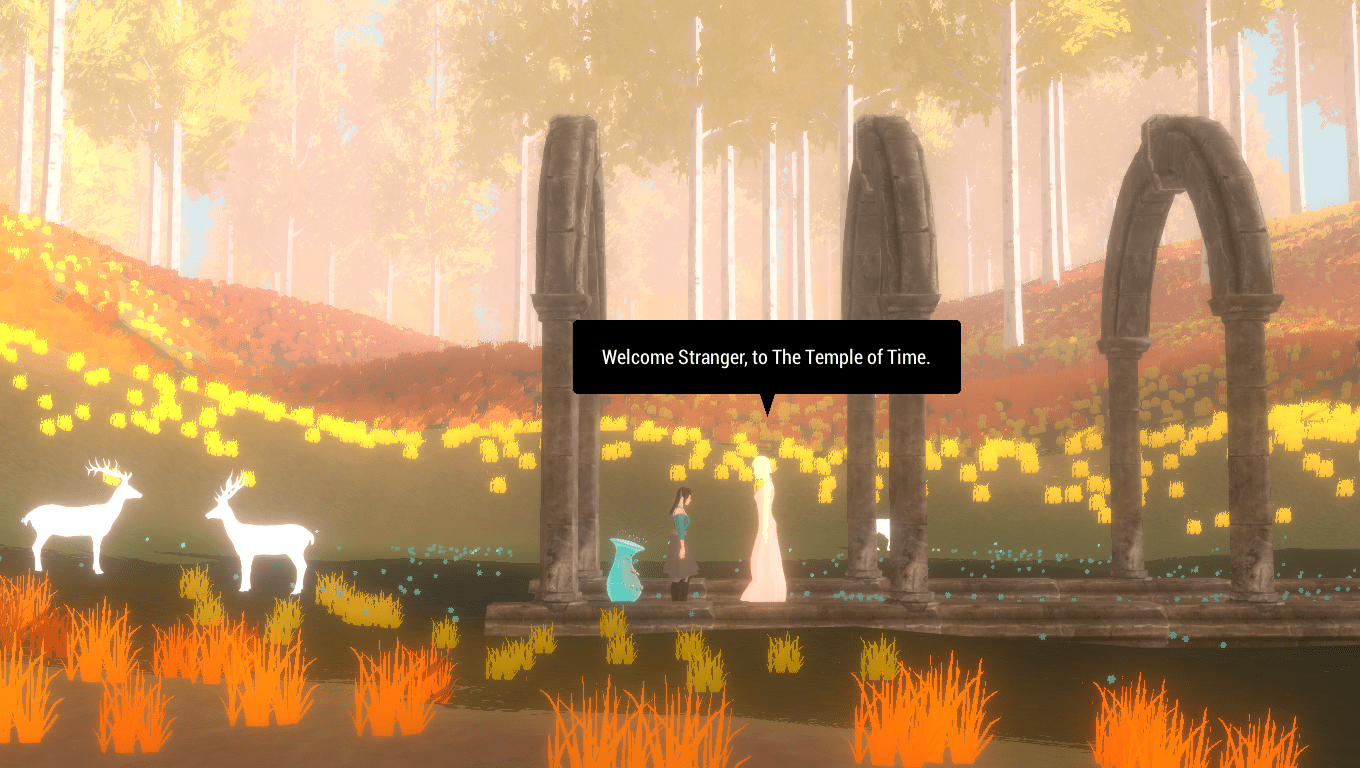 This game also features mellow, ambient tracks by Micamic. They do a great job of setting the mood of this game via soft tones and piano keys. The songs make the game feel more somber, but there is still enough cheeriness to them to keep it from being too depressing.

Music tracks by the artist Altadore are sprinkled in during some cinematics. I really like these moments, because these tracks are so catchy but also make the game more evocative. The track “If Only For You” fit perfectly within Sid’s story about his creative slump.

Forgotten Fields is a short, well-written slice-of-life game. It features a narrative that will resonate with a certain group of people: those who struggle with creative blocks and those who get wrapped up in nostalgia. It has its issues, but I still found it to be an enjoyable experience.

Forgotten Fields is available via Steam and GOG.

Check out the official trailer for Forgotten Fields below: 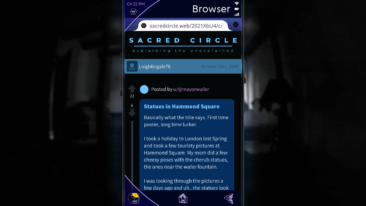 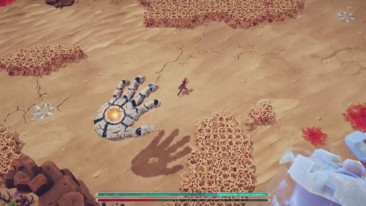