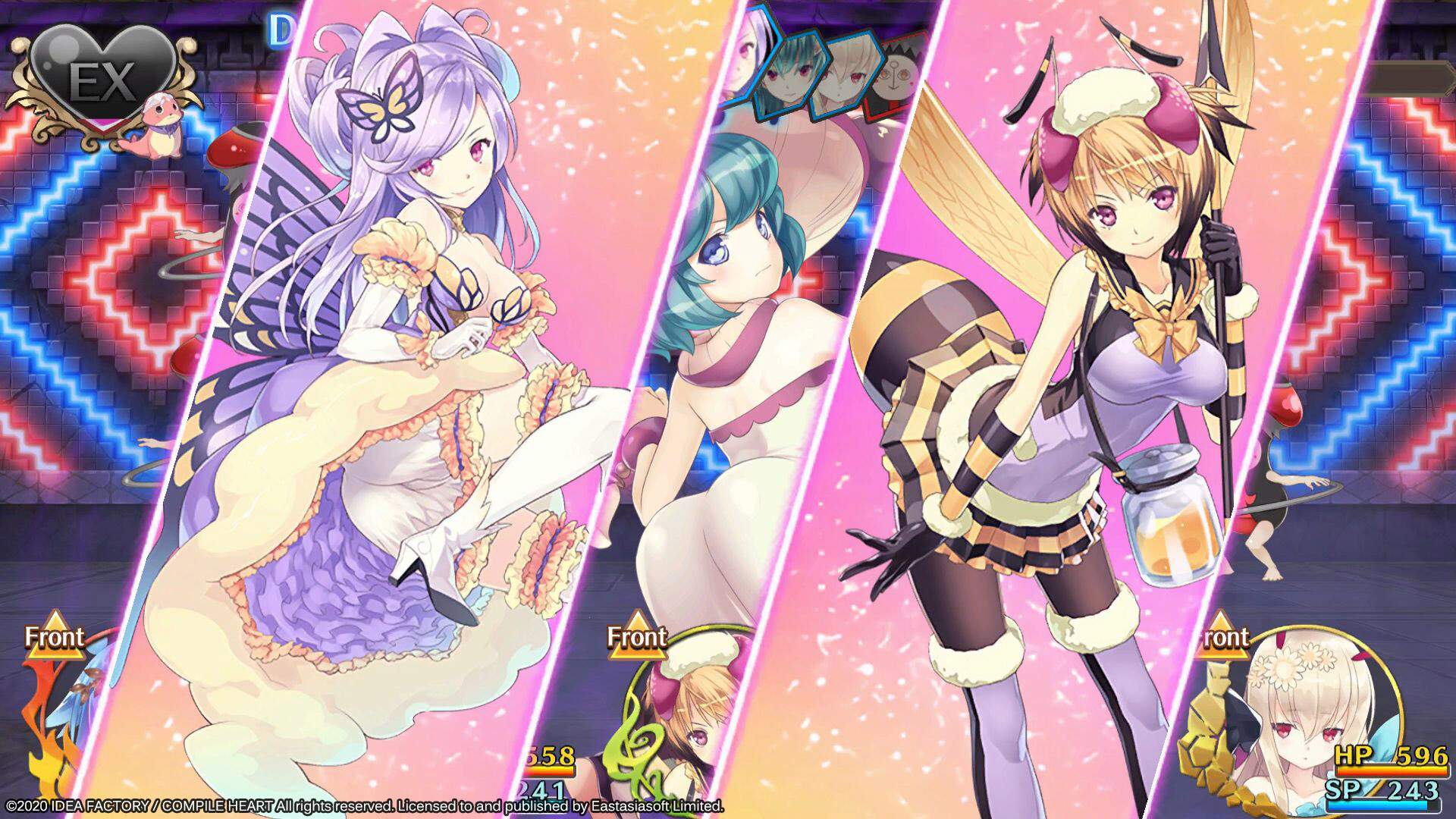 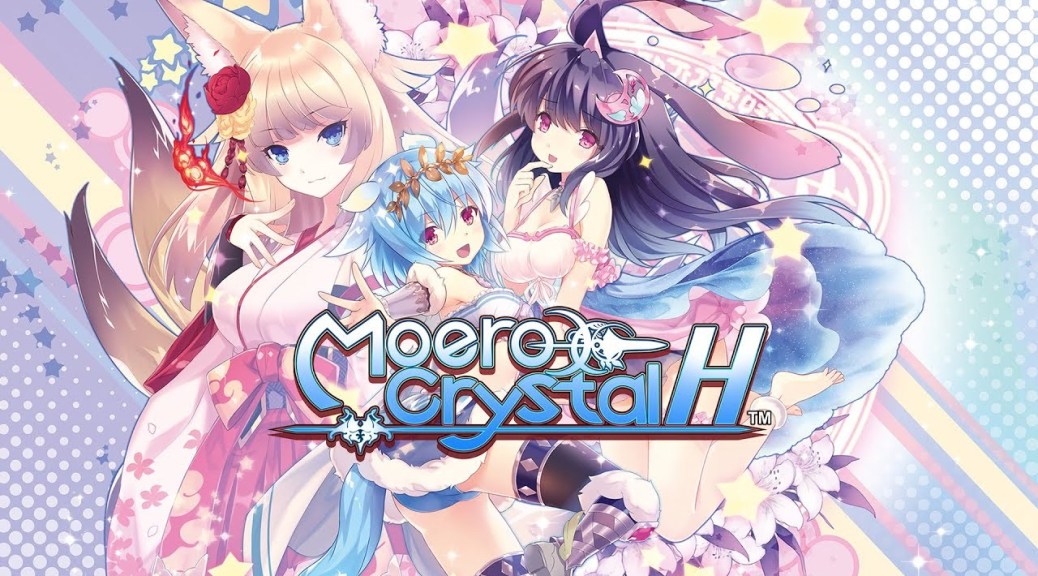 Editor’s Note: IGR historically has steered away from covering “ecchi” (Japanese for “naughty”), or even Hentai-lite games. However, because this title is on Nintendo Switch we decided to assign it to one of our writers who has written and studied the culture of this form of representation academically (and is writing a 200+ page paper on it). Here is their take:

In my review of Paradise Killer, I mentioned that some games practically dare you to explain them to someone. What I didn’t know was that my next assignment would be a game that I could easily see someone asking me to explain why I’m playing it in public at all.

Bring Out The Monster

Moero Crystal H is a port of a previously Japan-exclusive PlayStation Vita game, the third in the Gekkai Tokki series by developer Compile Heart. Each game in the franchise has a similar premise; in a world where humans coexist with monster girls, the player controls a human male who has to recruit a team of girls to save the world.

This is usually accomplished via a piece of mystical underwear. More on that later. 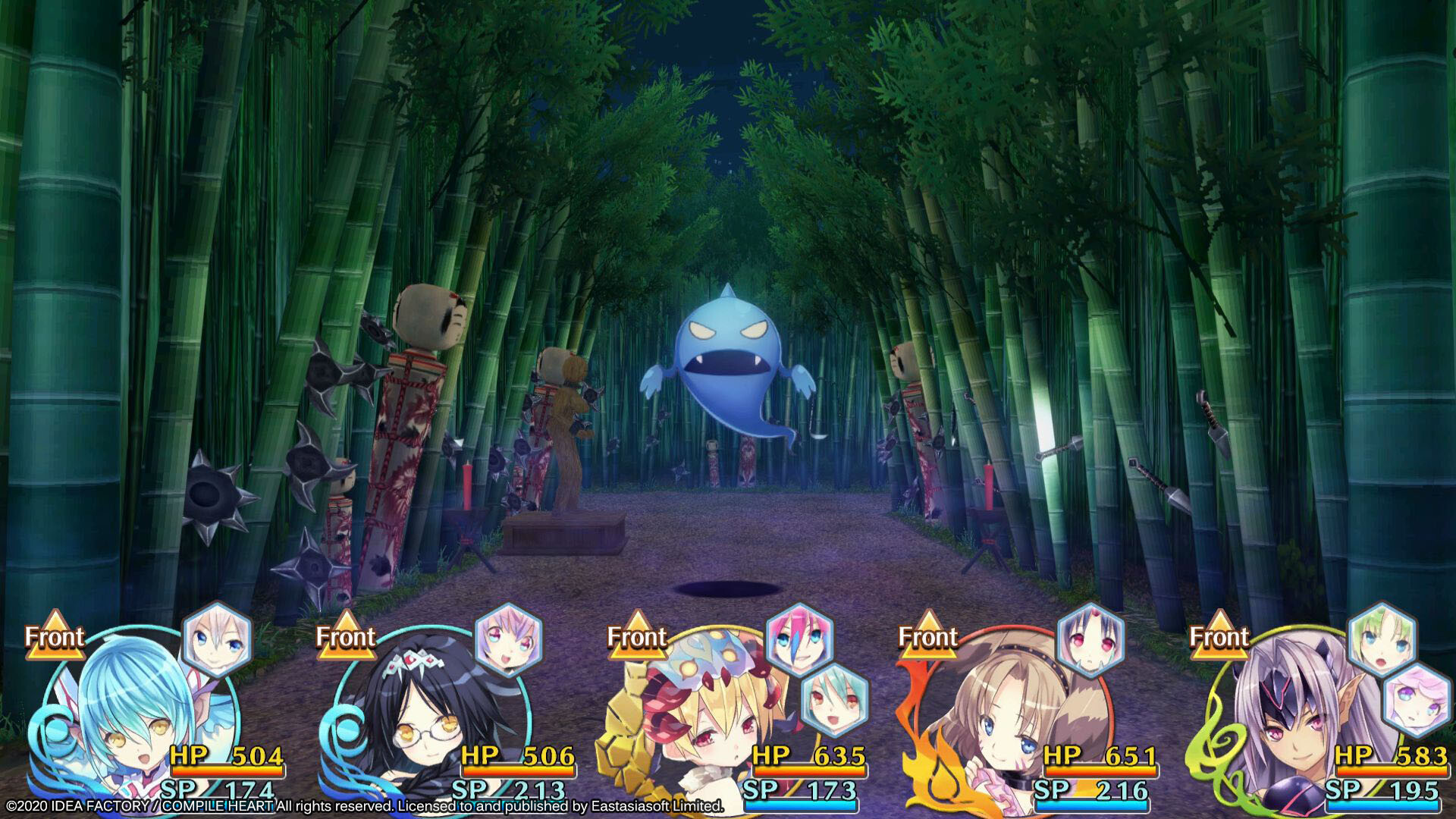 In terms of gameplay, Moero Crystal H plays like something of a hybrid of Atlus‘ Etrian Odyssey series and Pokémon. In the game’s central hub town, you’re able to buy new gear and talk to your party, but the meat of it takes place in dungeons. Here, you explore from a first-person view as the game automatically draws in a map for you, interspersed with turn-based battles and the occasional boss.

It’s all fairly standard JRPG fare, but I’m quite impressed with how enjoyable the dungeon-crawling is in this game. Everything moves at an unusually speedy pace, with battles sometimes ending in seconds if you play them right. The battle system also has some fun twists on genre conventions, like building up a combo meter as you hit enemies with elemental weaknesses.

It doesn’t break the mold in any meaningful way, but I had a lot of fun playing it. 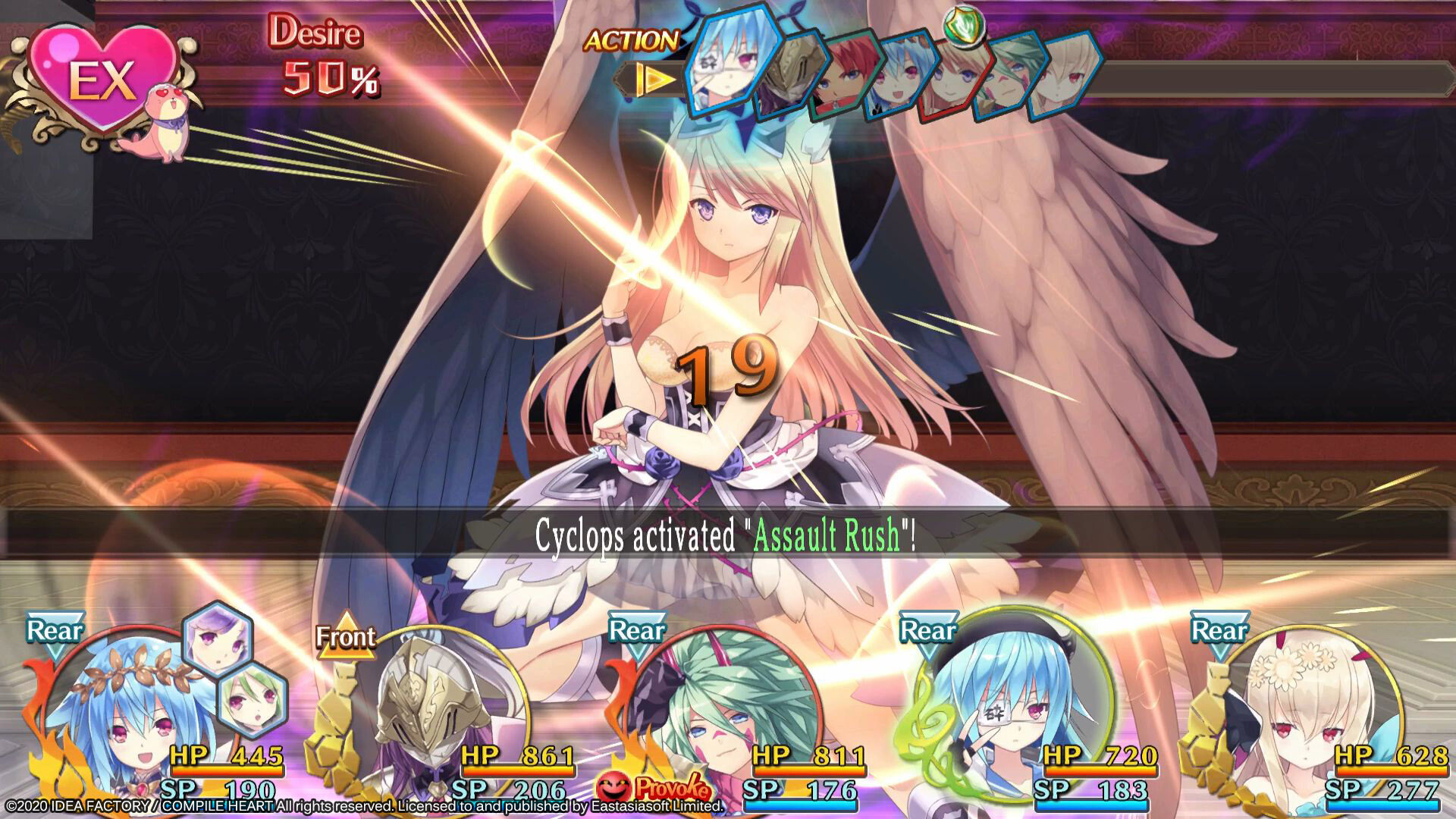 I’ll Be Your Monster, Baby

The Pokémon aspect of the game comes in with recruiting new party members. Throughout the game, you encounter wandering monster girls, and after defeating them in battle, you have the chance to recruit them to your party. It’s a neat system that introduces you to a very diverse cast. However, it’s also where some…questionable elements pop up.

If it isn’t obvious by now, this game is very, VERY sexual. The girls you encounter are all in various states of undress, and the dialogue is filled to the brim with innuendos. To be fair, I’d be lying if I said it didn’t occasionally get a laugh from me.

There is, of course, nothing wrong with sexually-charged content, and much of it here is very tongue-in-cheek, but there’s a few times it takes a hard turn for the problematic. 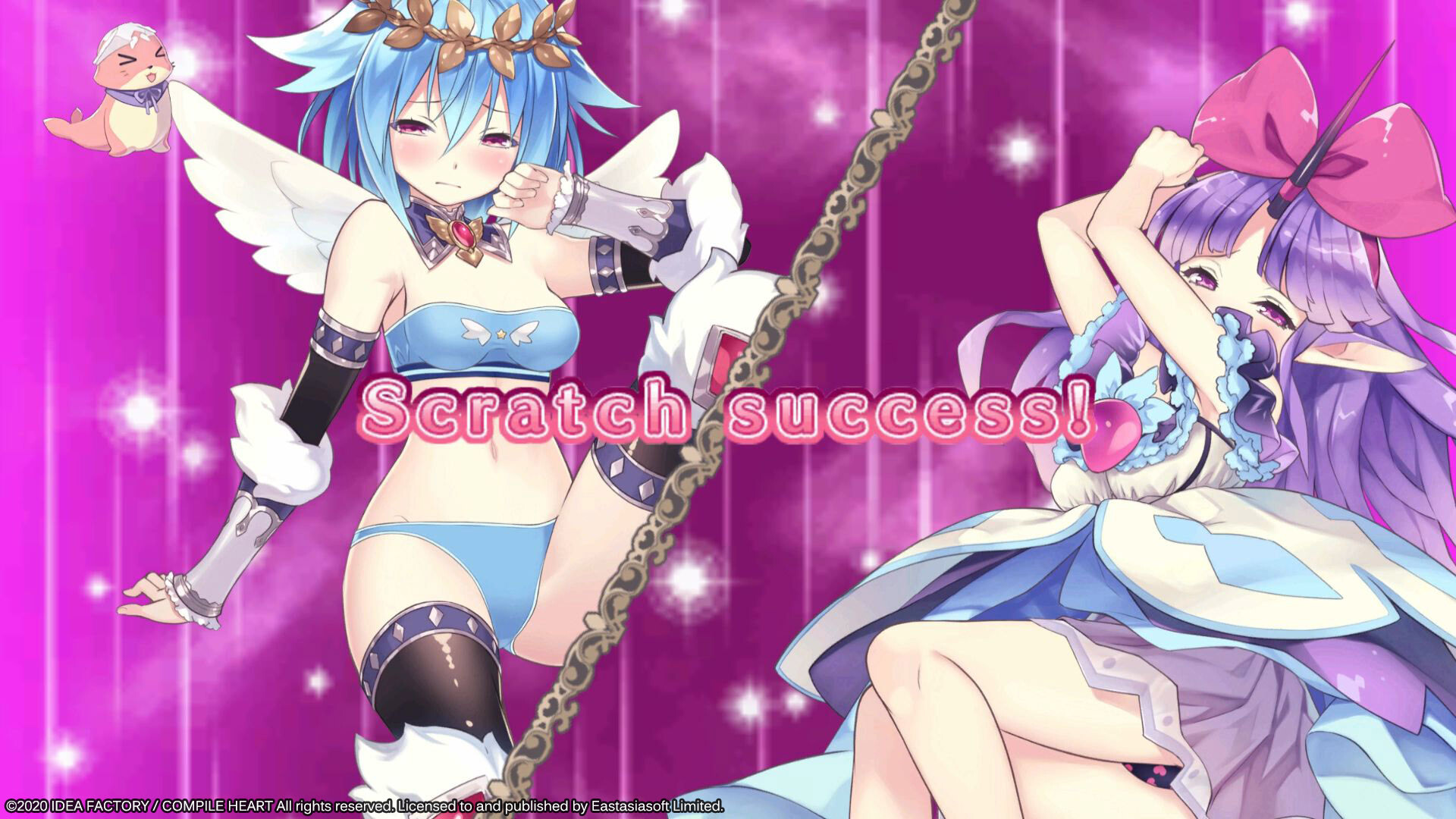 You see, one of your party members is a perverted talking seal with an obsession for panties. In fact, he carries one of the world’s most treasured relics with him: the Panties of Light.

How do you recruit monster girls, you might ask? By stripping them down and…touching them to appease this creature. This is done either via the Switch’s touch-screen or motion controls, and it always yields the same response: a naked girl alternating between dismayed and aroused.

This is easily going to be one of the most questionable elements of the game for most people. What doesn’t help either is that the girls all look young. It calls to mind a meme about how prevalent this issue is in the anime community in general: “She might LOOK like she’s 13, but she’s actually a 200-year-old monster/goddess/spirit, so it’s okay.”

We could debate the cultural differences at play here all day, but speaking as the reviewer, it was hard not to feel gross at times playing this. 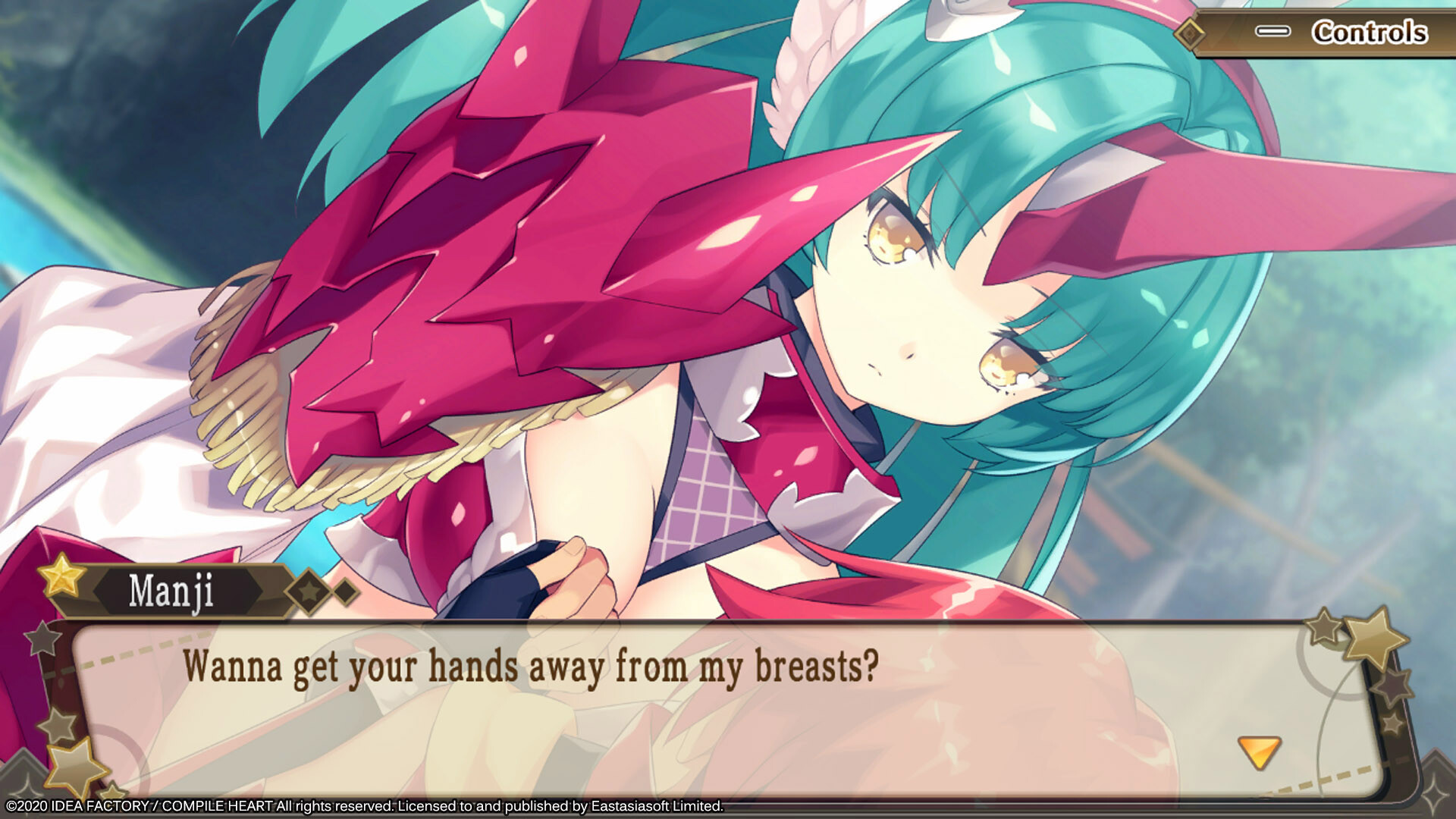 Moero Crystal H is ultimately a tough one to sum up. Its JRPG gameplay is familiar but fun, and if that’s all there was to mention it’d be an easy sell. However, its sexual themes are likely to push a lot of people away, and I don’t blame them.

In the end, I can’t tell you how to feel about these themes, but I can say that for a game so obsessed with boobs and butts, there’s a surprising amount of heart.

Moero Crystal H is available via the Nintendo Game Store.

Watch the official trailer for Moero Crystal H below: 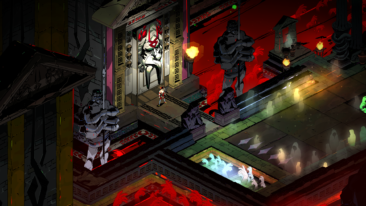 Hades Review – There Is No Escape