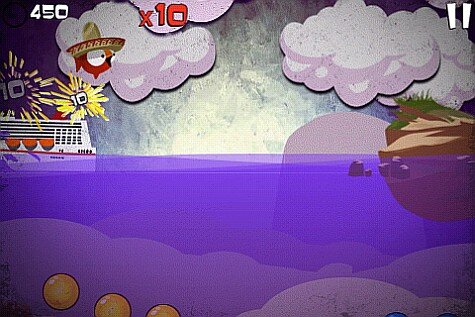 Fin — the game’s buoyant protagonist — is in desperate need of a holiday, so he’s signed up for Shady Sal’s suspiciously cheap Round the World Tour. (Hey, money’s tight when you’re a working fish!) Now it’s up to you to guide him through eight scenic levels — grabbing bonus bubbles and souvenir costumes, competing for medals and high scores, and avoiding hungry sharks, razor-sharp reefs, and other perilous obstacles that stand between Fin and vacation nirvana. In Mighty Fin, you control the interpid hero Fin on a round-the-world vacation. Unfortunantly, he’s bound to spend most of his trip speared on barbed wire, eaten by penguins or crashed into icebergs. It’s a tough break for Fin, but makes for an excellent game.

Mighty Fin uses a simple one-button control scheme: tap the screen to dive, release to jump. The farther down you dive, and the higher Fin will soar into the air. The goal of each level is to collect stars and dodge a vareity of obstacles that will kill poor Fin and send you back to the beginning. It’s easy to learn, but ends up being hopelessly addictive. As if the game wasn’t good enough, a cute soundtrack (always a plus), pleasant Retina graphics and collectible swag to decorate Fin is also thrown in.

Mighty Fin’s main problem – it’s really freaking short. The eight levels go by in a flash, and it doesn’t help that most of them have an identical blueish-grey color scheme with little change in scenery. Even if you backtrack a bit to find some extra special Fin costumes, the game will only total to about one to two paltry hours. That’s plenty of time to be charmed by Mighty Fin, but not enough to fully appreciate the game. Fin desperately needs some new scenery.

It’s 99 cents. It’s fantastically addictive. It’s short, sweet and found it’s way into my stone cold heart. I’m done with it for now, but I’ll be the first one to update it when new levels come out, and won’t stop playing until I’m done.

Get Mighty Fin at the iTunes Store

Tony is a chaotic good part-time writer full-time gamer. Currently, he's controlling the Zerg in Starcraft II and immersing himself in the wonderful world of iOS apps. 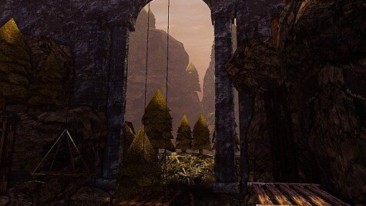 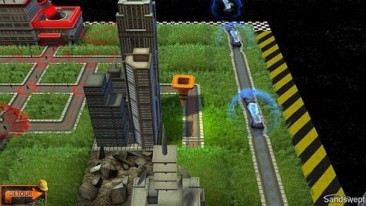