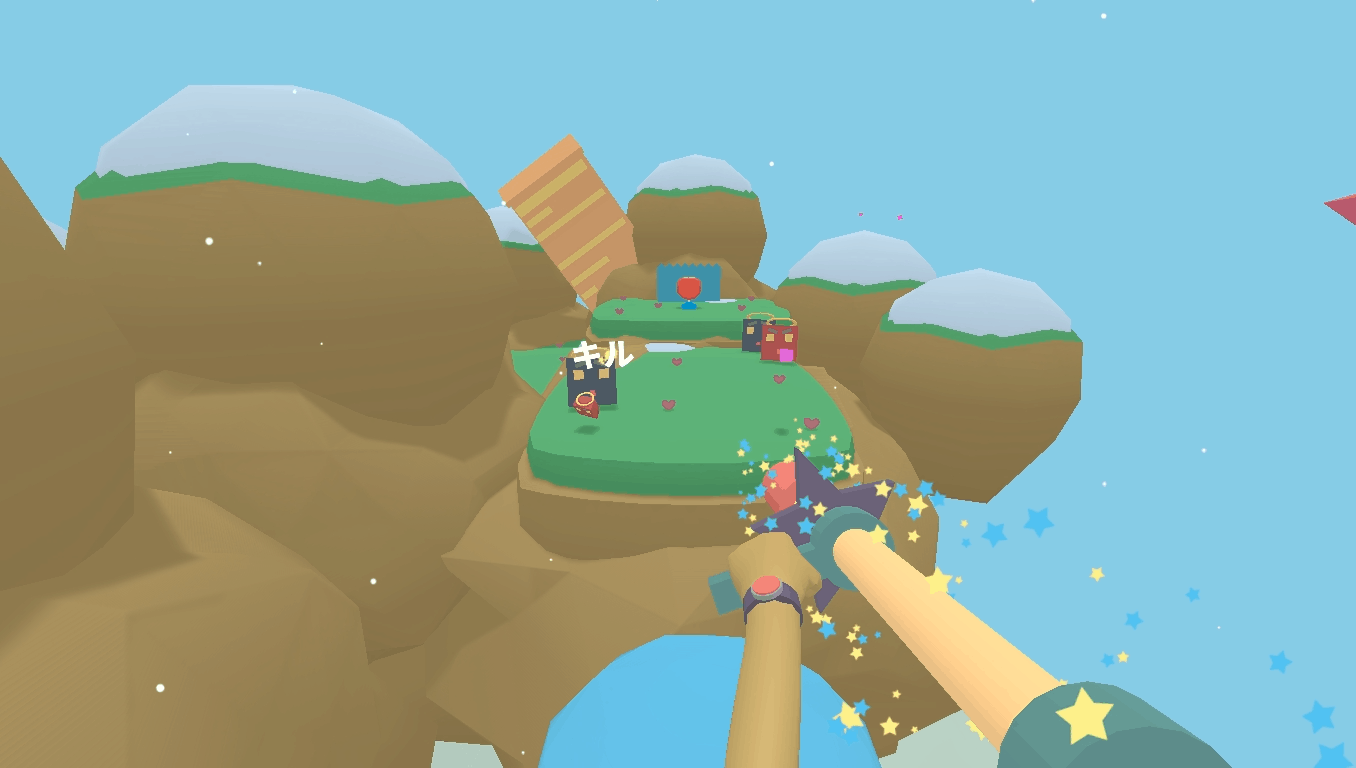 When I started Lovely Planet 2: April Skies by QUICKTEQUILA, I was plopped into the game world without much context besides a voiceless cut scene with a basic setup: red squares are terrorizing the blue squares on floating land up in the sky. The setting made me believe it was only going to get weirder from here, and I was open to seeing how weird it was going to get. 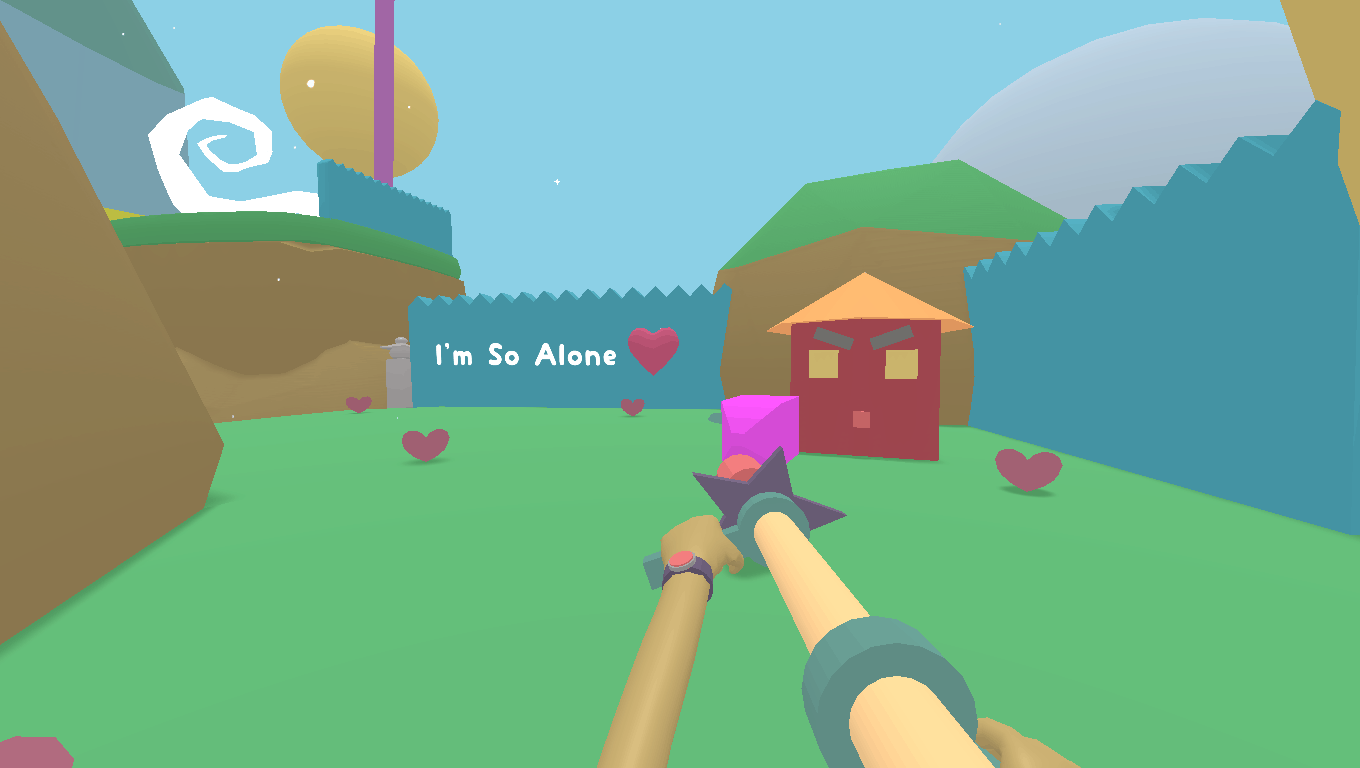 Red Square Is More Than A Moscow Tourist Attraction

The main mechanic of the game involves shooting the red squares trying to kill you and reach the pillar at the end of each level. It’s simple, easy-to-grasp, without much complexity to its mechanics besides move, shoot and jump.

But the lack of mechanical complexity is on purpose, as Lovely Planet 2 emphasizes being quick and precise. Finish the extremely short levels with a fast time and you’ll receive a star rating based on your speed. When you finish a level, the game quickly moves you onto the next. It’s fast-moving and incredibly addicting. It felt as addicting as a puzzle-based phone game.

Its addictive nature is due to its responsive controls and well-crafted levels. In many ways, each level feels a bit like a puzzle – figuring out through trial and error where the enemies are and where to go. It’s so satisfying to quickly jump from platform to platform while shooting and dodging enemies, projectiles and traps.

Not So Square After All

As the game progresses the game threw more at me. I not only had to deal with enemy projectiles but also enemies that flew directly at me or things I had to shoot in midair before they fell on the ground.

The Swamp area in Lovely Planet 2 had levels where fog would make it difficult to see more than a couple of meters in front of me. The introduction of teleporters and jump pads even made traversal more of an interesting endeavor.

Levels become more challenging as the game progresses but not impossible, which means that they stay fun.

It’s not too difficult, but there are ways to make it harder for those looking for more of a challenge, like a time attack mode where you have to finish every level with only three lives, as well as a number of hidden levels and achievements to obtain. The game has a sizable amount of replayability.

Lovely Planet is meant to be played over and over again, which is sure to appeal to those who are aiming for the best time and three stars in every level. If you’re not into that kind of experience or in speedrunning the game, the main set of levels will take you around two hours to complete.

Visually, the game is purposefully simplistic. It’s emphasizing fast gameplay, so the frame-rate is fantastic because of its simplicity. Objects in the world have solid colors; enemies and friendly characters have simplistic shapes and are easy to spot. It’s all modeled well and nails its simple style.

The only issue I felt was lacking is that the areas of the game don’t look all that much different from each other. For example, the City area has mostly the same geometry as the Village and Mountain areas. I was hoping the game would get more abstract or more varied in its appearance to make environments more interesting. 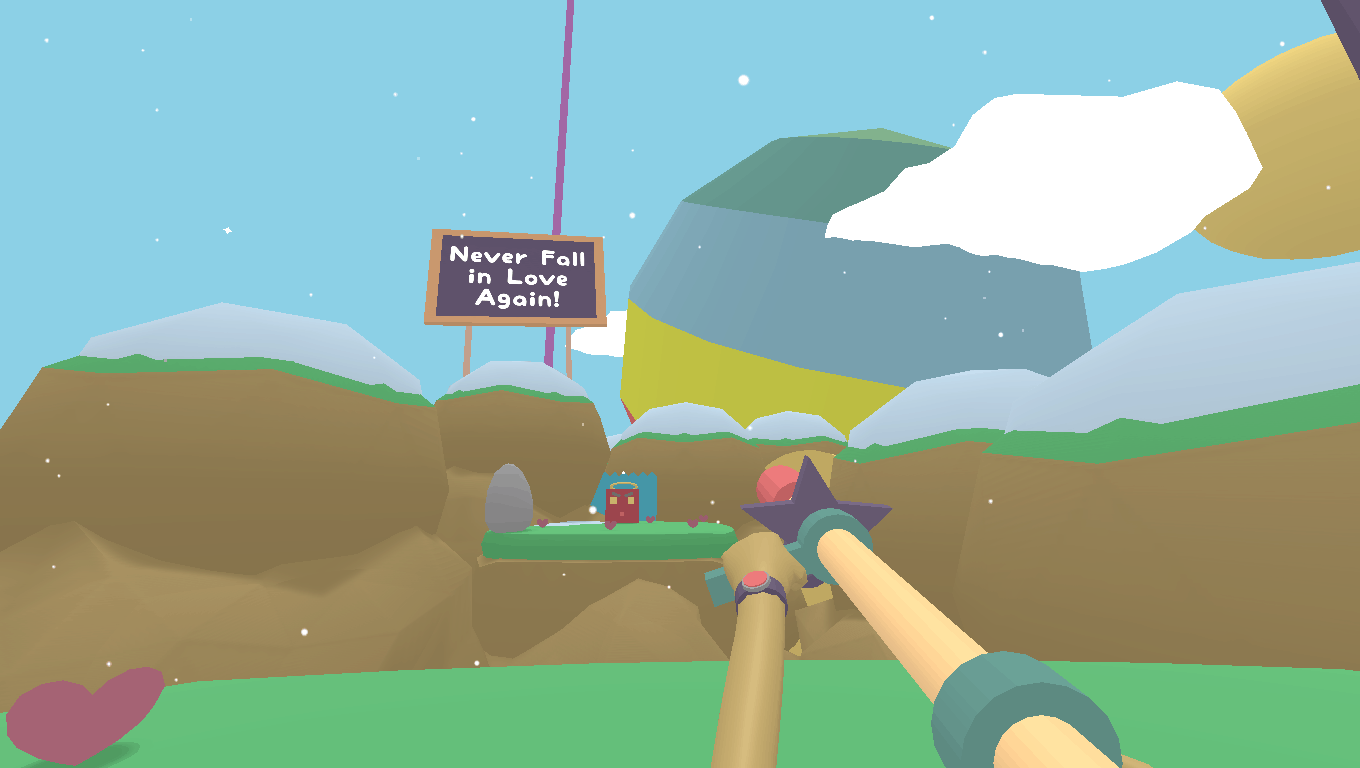 Music is upbeat electronic instrumentation that serves the fast-paced gameplay well. It’s whimsical but also lively enough to make its bright aesthetic more realized. It creates an overall cheerful mood, which helps keep the game feeling more chill. I do feel like the music could have been more varied to make areas feel a little different from one another.

Lovely Planet 2: April Skies is a fun, simple little game about being as fast and precise as possible. I found myself wanting more from its visuals and music.

When a game is simplistically designed, these two elements stick out like a sore thumb. But thankfully the game is still a lot of fun if you’re looking for a twitch-based time trial experience like this.

Check out the official trailer for Lovely Planet 2: April Skies below: 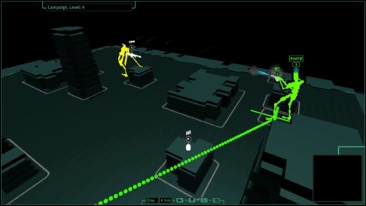 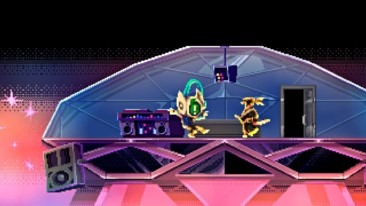