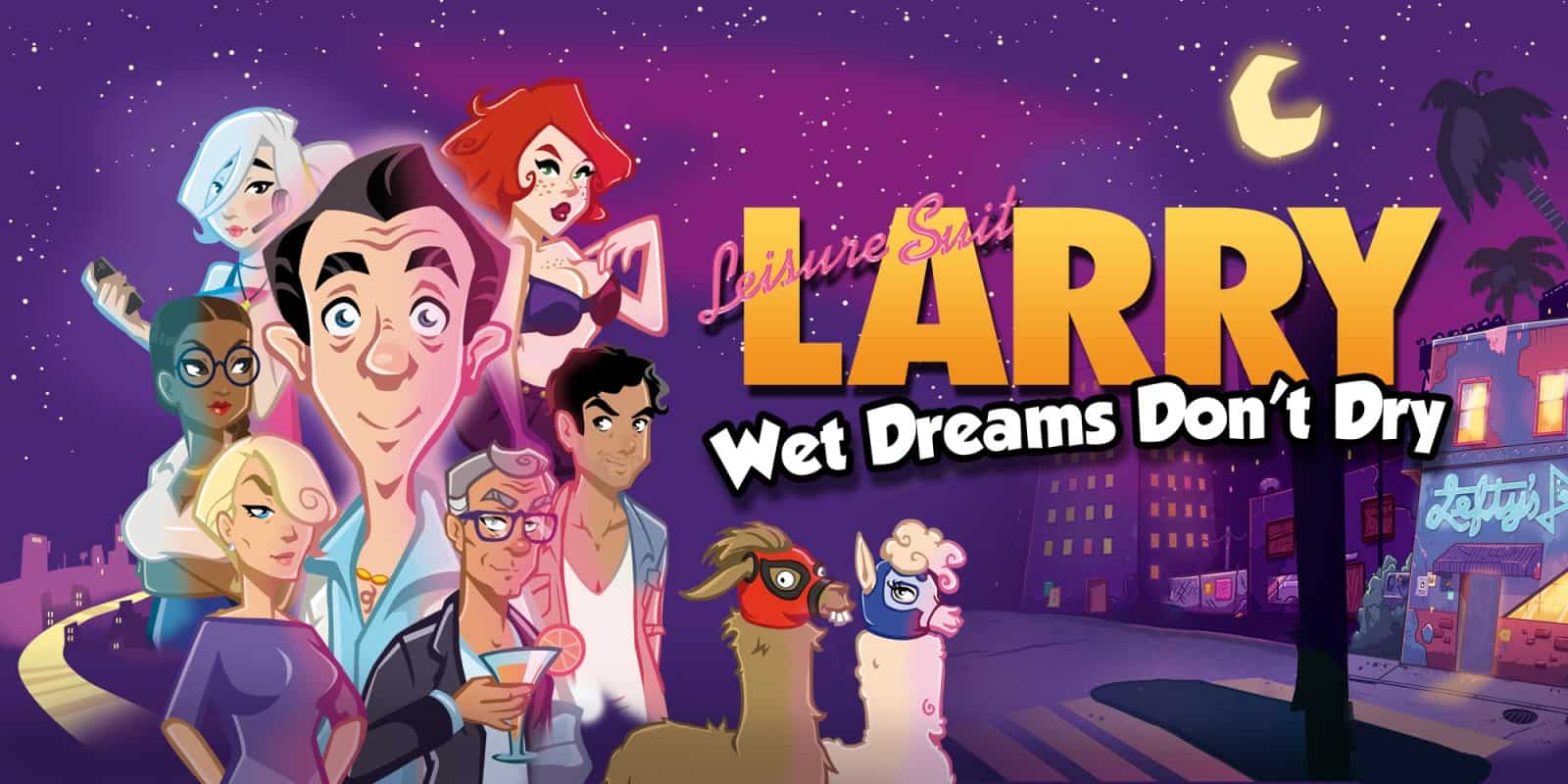 Anyone here ever have one of THOSE uncles? The one who shows up at Thanksgiving and tries to fit in with “the kids” with some pretty dated jokes? Also tries just a bit too hard to convince everyone he’s a stud? Now, imagine somebody made a video game about him.

Flashback to the Future

Ask anyone who was a fan of point-and-click adventure games in the ’80s and ’90s, and chances are they have some fond memories of the Leisure Suit Larry franchise. Created by Al Lowe in 1987, it was one of the many, MANY iconic series in the genre published by Sierra Entertainment during the company’s heyday.

The series ultimately went through some rough times during the industry’s move towards 3D gaming, but with Leisure Suit Larry: Wet Dreams Don’t Dry, German developer CrazyBunch aims to return the wannabe-Casanova to his roots. And in this, they’ve largely succeeded. For better or for worse…

How Do You Do, Fellow Kids?

Wet Dreams Don’t Dry starts with lovable loser Larry Laffer finding himself mysteriously waking up in the modern day without any idea of how he got here. Times have certainly changed since he was last on the scene; nobody gets his references anymore, and of course, everybody uses smartphones for everything, including hooking up (which is all he can ever think of).

The game is framed as a fish-out-of-water story as Larry tries to up his score on dating app Timber (get it?) in order to attract the attention of Faith, an executive at PiPhone (get it??) manufacturer Prune (get it???). Along the way, he’ll rack up followers on Instacrap (get it?!), navigate his way around the city using Unters (GET IT?!), and frequently consult information on Wankypedia (ARE YOU LAUGHING AT THESE YET?!?!).

I Used to Be “With It,” but Then They Changed What “It” Was

If it hasn’t been made obvious yet, the humor in this game has a tendency towards the “Kids these days, am I right?” school of comedy, from the “punny” names of everything to Larry visiting such cultural milestones as a gasp craft beer bar where they serve gasp vegan food!

There’s also plenty of visual potty humor, like how the Prune HQ is shaped like a dick and balls (which the game sees fit to point out). I suspect this will land for some old school fans of the franchise, but overall it often just comes off as cringe-worthy rather than funny.

As for the gameplay itself, it sticks very closely to previous games in the franchise. You’ll wander around the city talking to people and picking up random inventory objects, which will hopefully lead to the next way to move the story forward. While there’s no way to put yourself into an unwinnable situation like in the older games, a lot of the puzzles unfortunately still involve scanning screens you’ve already been to for the one tiny item you missed.

Oh, and developers? Joking about relying on outdated genre conventions doesn’t make them less insufferable to deal with. If anything, it makes me hate them even more. Especially when there’s plenty of legitimately great modern point-and-click games out there, like Dropsy, which I could be playing instead.

Despite all the negatives, there’s still some charm to be found with this latest Leisure Suit Larry. Between the numerous references to previous games and the attention to detail in the environments, it’s clear this was a labor of love by its developers.

The game’s voice acting is also quite good (even if Larry’s voice started to grate on me super fast), and some characters are pretty memorable and funny despite largely being walking stereotypes.

However, none of this is enough to make up for the multitude of issues created by both the writing and the game’s adherence to outdated design. It’s ultimately a comedy that isn’t funny, and a game that isn’t fun (and not in an interesting way, either).

Steam’s Launch of Remote Play Is a Big Deal, and It’s Free

Still There Review – A Lonely Lighthouse (in Space)