Kickstarter has a plethora of great indie game full of fresh and new innovative ideas or just stylized as all get-out!  Below is an editorial containing just a small fraction of ones I have personally Backed, and wish to share with you. Listed by projects ending the soonest…

[Game Titles are linked to their respective Kickstarter pages]

This pixel-art style has been coming up a lot lately…a LOT. But I don’t mind it. When done well, the minimalist graphic style lets your imagination fill in the blanks. Paradise Lost promises to be a stealth-action (think Metal Gear) + Metroidvania game. The premise is that you are an alien plant being studied on a research facility. After a power outage or some other accident, you break free and try to escape.

The style of gameplay – nearly lost since the end of the 16-bit days – along with the amazing looking sprites and animation, in addition to how developed it already looks, made this a must-back for me.

Dynamic ship damage. Classic Fallout isometric RPG troop combat. Custom ship building. A huge galaxy to explore. The Mandate promises to be a full Sci-Fi RPG experience. You can see parts of FTL, Star Trek Bridge Command, and Fallout 1 & 2 personnel combat. It has not quite hit its goal, but it’s on track to meeting it, even with less than a week left to go. I could see myself just losing myself in the open world sandbox galaxy playground.

A mash-up of Terraria, Monster Hunter and Contra, Windforge wants to be the next side-scrolling craft-a-thon with a bigger focus on combat and destructible environments. While there are a ton of these coming out already, I’ve probably bought each and every one of them. I just love a good exploration and crafting game. Plus I love SHMUPS and super hard shooters like Contra.

The airships crashing into each other and 2 crew getting into boarding parties fighting each other was the moment I opened my wallet for this one, though.

Not quite Dwarf Fortress in space, but instead what FTL could be like if you did not have the Republic on your tail. Freely explore the galaxy, planets, meet new aliens, train your crew, explore planets, repair your ship, Interstellaria is a space sim in a style that is something that we’ve always wanted, but hadn’t quite been done in this exact way yet, but totally should have been done ages ago.

Miss the days on your N64 playing Banjo Kazooie? This is your antidote. Lobo wants to be the next Rare with a ‘collect-i-thon’ 3D platformer. Get all the coins, Tiki Masks, gold-whats-its, and who knows what else. It even looks like it’s channeling flavors of Sly Cooper with its boss designs. Not to mention any personal biases I may have in its favor…

A side-scrolling dungeon crawler, with a focus on physics-based traps and puzzles! It has 2 weeks left and is at 50% funding. I pressed the Pledge button when I saw the weight drop on the player character and retract back up to reset the trap. And that these levels will be randomly generated so there is no way to prepare for anything. Caution will be key, and that is what makes this dungeon crawler so exciting. In addition to the emphasis on physics, the complex systems presented in a easy-to-grasp way makes me cross my fingers for it.

Old school Artillery game (a la Worms) with Mario RPG active attacks and timed defences, this one is at risk of flying under the radar as it has only 28 backers and less than a thousand funded out of its 30k goal. I backed it because I love Scorched Earth, Worms, WarHeads, Pocket Tanks, Death Tanks, Cannon Brawl…I guess I’m a sucker for Artillery games. Plus the alien tank themes look great as a concept. I want to use the Snail tank.  But unless this one picks up steam it might not make it.

There are so few good MMO-RTS games out there. There are few out there at all really. The last one I enjoyed was called Time of Defiance. Others have existed like Sega’s 10Six, but all of them are now offline and extinct.

Novus is trying to bring back the long-term empire building with ‘AAA’ production quality and a massive game world. The only other thing that can compare to it that’s out right now are cheezy base-building phone games that don’t really add up to a fair comparison. Novus wants to be the Civ meets EVE Online empire building game that has been missing in the gaming environment for too long.  They have 3 weeks left, but are sitting at 12% backed. 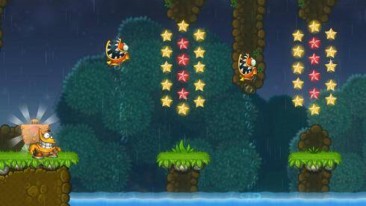