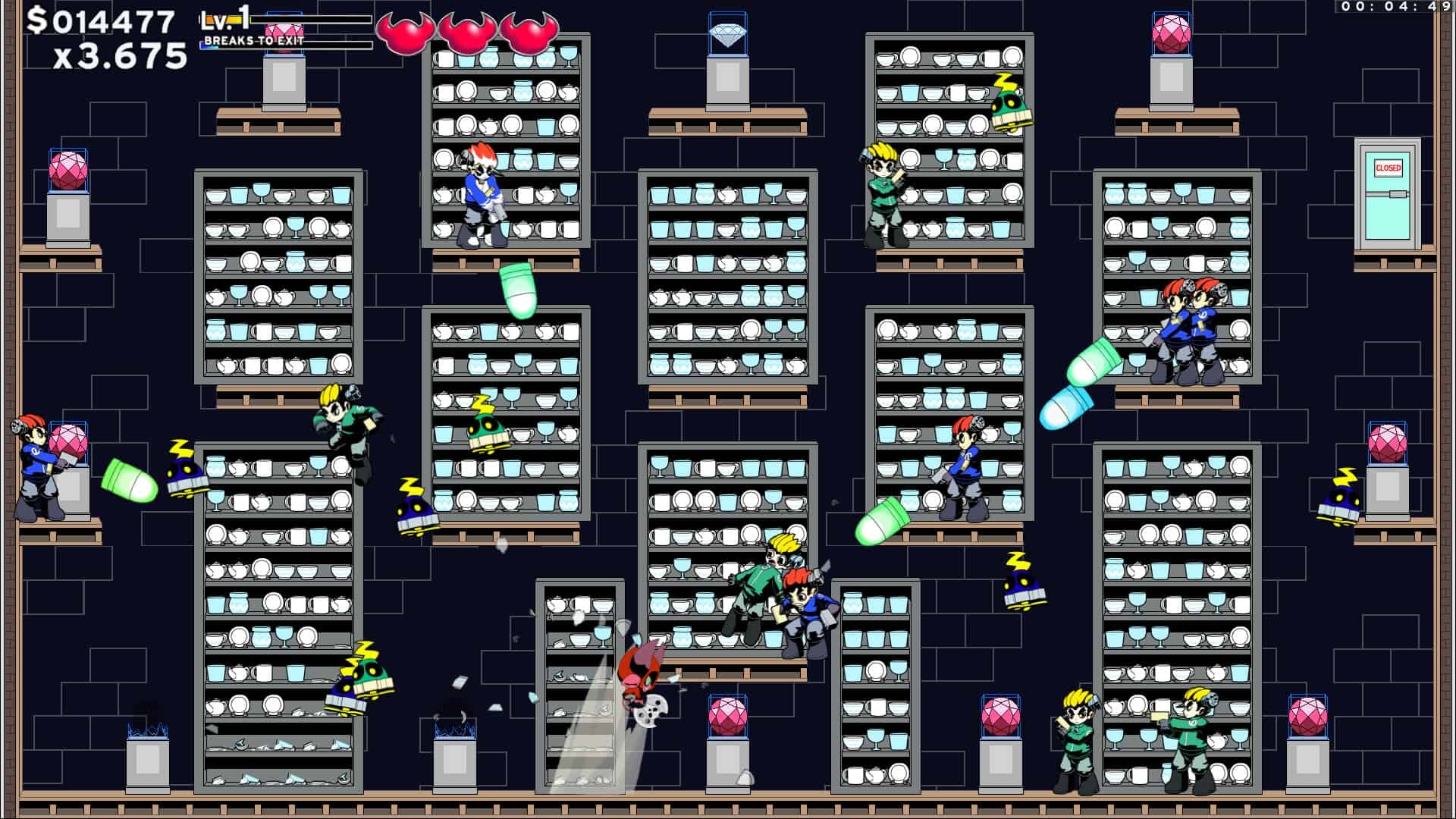 In case you have ever had the hopes and dreams of destroying high-valued merchandise and reaping the benefits, Infernal Racket generously grants players the opportunity to do just that – coincided with a little something extra. Despite causing an insane amount of chaos, the dangerous Racket has the means to plummet through an assortment of enemies. A combination of speed, power-ups, and evasion skills produces an experience that appears to last hours. In all reality, though, it’s actually only been a couple of minutes. 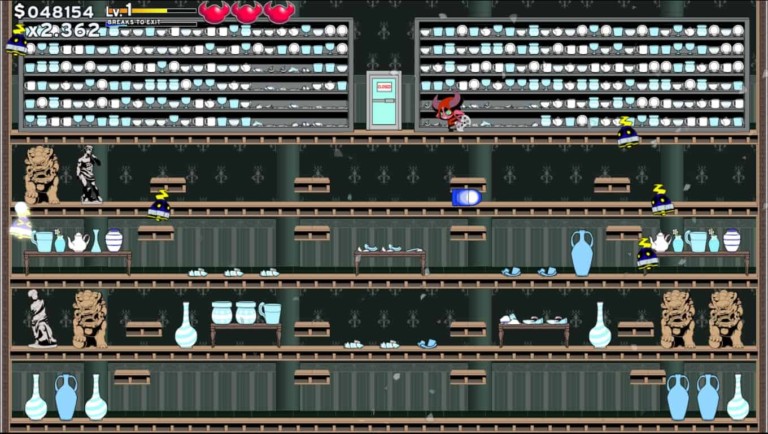 Turn That Racket Up!

Developed by Game Soup LLC, Infernal Racket automatically had me hyped with its retro soundtrack. As someone who spent most of their childhood smashing buttons on an old-school console controller, the intensity enveloping Infernal Racket reeked of nostalgia. Luckily, a brief tutorial conveys the general dos and don’ts of Racket’s mission to rack up millions of dollars in damage – including rallying up crazy combos. It isn’t rocket science. Understanding how Infernal Racket plays before being thrown into the chaos prevents a lot of immediate frustration.

Not that frustration isn’t present, because it totally is. Racket begins his mischievous journey bearing only three lives. As stages are conquered and Racket accumulates experience points, though, three random power-ups present themselves for choosing. One increases Racket’s strength, while another tags on an extra life. The beauty of Infernal Racket displays through the actuality that no additional button needs to be repeatedly mashed to inflict damage. By sprinting into an enemy or prized merchandise, the cue to attack generates automatically. All you have to do is dodge enemy attacks and hope for the best. 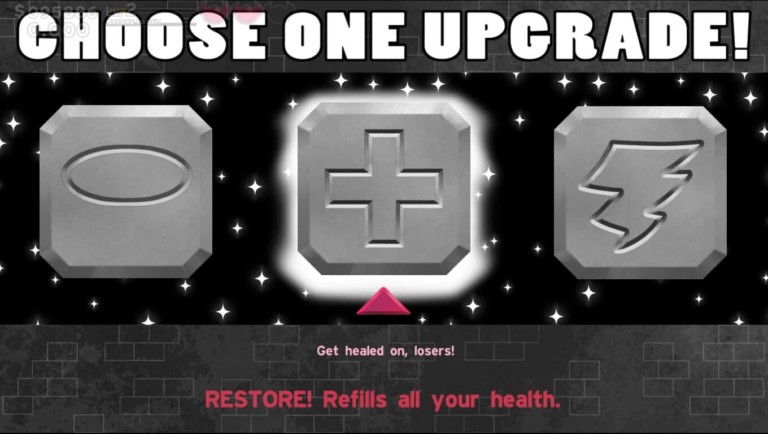 Break on Through to the Other Side

As soon as enough fine china is shattered and enough points are accrued, a door opens. At this point, Racket can either carry on to the next stage or clear the rest of the luxurious objects. Obviously, snatching as many points as possible appears to be the most ideal. Unfortunately, the actuality of doing so isn’t as easy as it seems. To stir a little more chaos into the already overflowing pot of mischief, an unstoppable foe appears as soon as the door swings open.

Confronting him isn’t even an option, for Racket has no chance against this devious opponent. One touch from the fiend, and Racket faces perma-death, forcing an automatic fail. That’s right – those nine lives you’ve been hoarding don’t mean a thing if you plan on challenging this homicidal fella.

Getting Tired of All This Racket?

Tallying around 200 or so hand-crafted stages, Infernal Racket’s variety generates a decent replay value. The excitement does wear off after a while, though. The challenge, on the other hand, is what pushes you down and then forces you to get back up and try again. There were hours when I’d be destroying all of these glorious sculptures only to discover I had only been doing so for about ten minutes. It’s almost like Infernal Racket erases the perception of time completely. Reality? What’s that? I just want to break stuff. 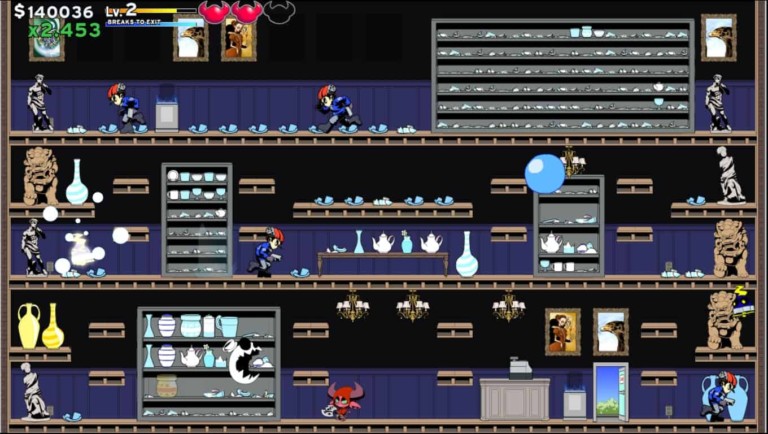 Infernal Racket is the kind of game you pick up and take your internal rage out on for a while and then shove it aside until another time. Though not binge-worthy, demolishing expensive, pretty things is pretty fun. The challenge of arriving to the final stage yanks me back in to try just one more time. Sure, I may continue to go up in smoke over and over again. With a little practice evading enemy attacks, though, victory is imaginable for our little Racket.

Infernal Racket is available via Steam.

Watch the official trailer for Infernal Racket below: 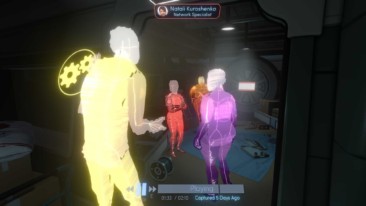 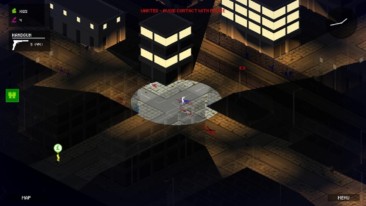