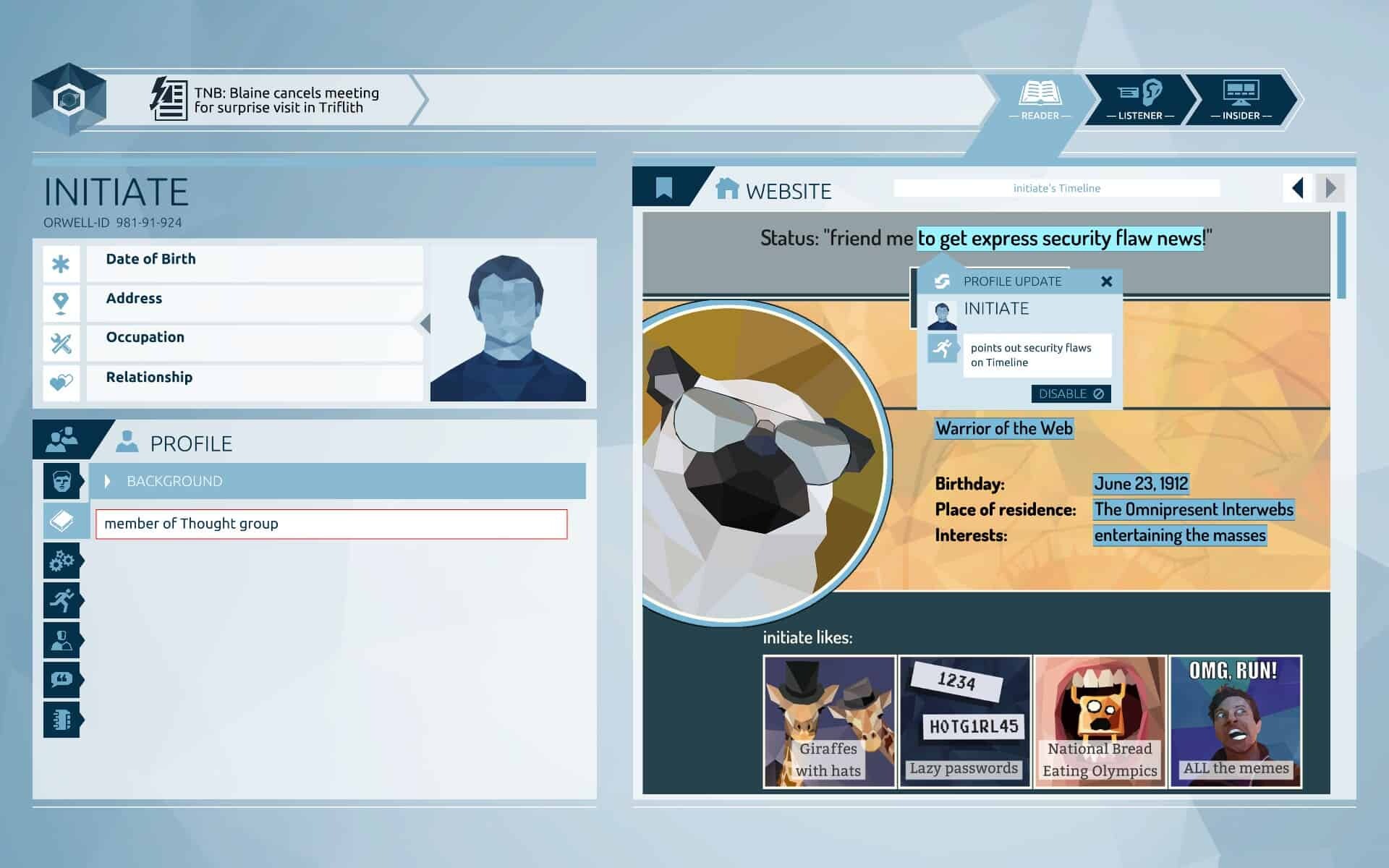 Orwell is a fascinating exposé of modern Western society and our reliance on technology. Made by Osmotic Studios, the game is composed of a computer interface, with the player digging through information available through the in-game internet to solve recent crimes and prevent future ones. There are a couple of narrative lapses towards the end, but aside from that, Orwell transcends its simplistic appearance to leave a mark and a message.

The Future’s So Bright

Unlike dreary dystopian games like Beholder and Papers, Please!, Orwell is set in 2017 with modern technology and the promise of doing good. You play as a foreign investigator, hired by the government of The Nation to spy on its citizens through a Big-Brother-type program called Orwell. This technique plays into the narrative; by alienating the player from the characters by placing a metaphysical border between them. I subconsciously thought my character was safe because of this distance, and didn’t reflect on it until after I completed the game.

After a bombing attack in a public space puts the government on high alert, players are tasked with finding out information about the key suspects. The player chooses the name of the investigator that they inhabit, adding a personal element to the narrative. You can access chat logs, phone calls, social media, and bank accounts of your suspects, among other juicy personal details. Soon, no firewalls or security measures can prevent Orwell from learning everything there is to know.

When I first launched Orwell, I was greeted by a crisp, clean interface that I immediately felt comfortable in. It’s extremely reminiscent of Apple’s products and just as user-friendly. There is a white backdrop with intuitive button options to navigate around multiple windows used to spy on citizens. As an added touch, there are pop culture references and believable typos to further immerse players in the computer world.

Using the information provided, the player sifts through articles, bank statements, chat logs, etc. to find highlighted, critical information. Once information is uploaded to Orwell, it cannot be removed. Sometimes, this information conflicts with other data, and it is up to the player to choose which is most truthful. Rather than just rely on a copy/paste mechanic, the game also allows players to input some of their own decisions that will impact the game.

Like Her Story, the thrill of the game came from my detective work, sleuthing through documents to build a case against an apparent terrorist organization in order to prevent further attacks from happening. It’s not until later in the game when the work I was doing was highlighted as questionable at best. It’s a thrilling experience that gets more tense as the narrative progresses, culminating in a dénouement that shook me to my core.

Orwell, as a program, seemingly has unlimited access to everything about the characters that the player investigates. However, as the game progresses, it becomes clear that the scope of investigation is much narrower than originally thought. In the same way that news in a Facebook feed could be assumed as always true, Orwell presents clues that appear obviously relevant.

When these clues were challenged, I was already so invested in the story that I had constructed, that I could not turn back. The genius of Orwell is making these decisions feels so personal that to question their validity is to question oneself, which is not an easy task.

Through The Looking Glass and Back

While I won’t spoil the story beats that play out towards the end of the game, there are definitely eye-rolling moments that almost broke my immersion. However, the game plays it off in a way that actually makes it believable (and forgivable).

While the writing may not have had a large impact on me, looking back on how I played the game definitely did. Again, I won’t go into details, but it certainly leaves an impression, much like Papers, Please! did.

Orwell was nominated for the “Games For Impact” award at The Game Awards this year, and for good reason. It’s a game that delivers a message, not just through narration, but through actual game play mechanics and self-realization on the part of the player. It may have quite a simple appearance, but digging deeper into it provides a rewarding, albeit terrifying, conclusion.

Orwell is available via Steam.

Watch the official trailer for Orwell below: 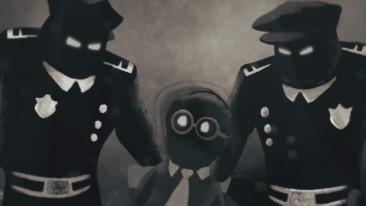 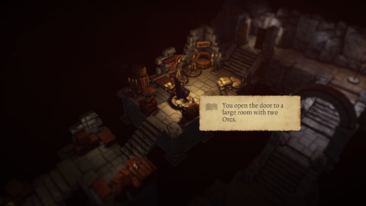 The Warlock of Firetop Mountain – An Indie Videogame Review