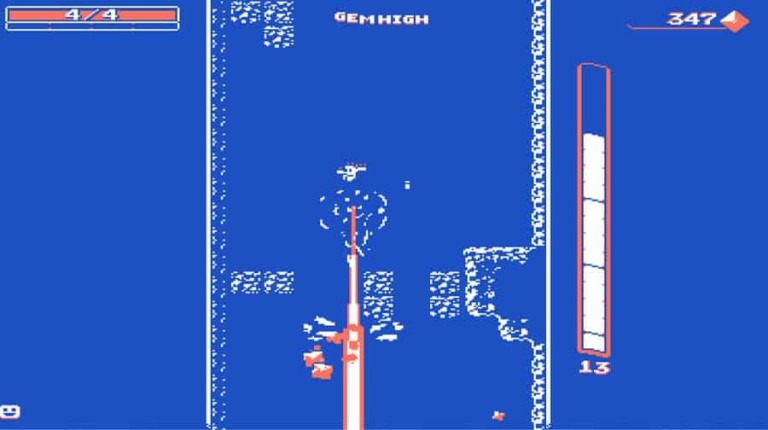 Downwell: What We Think

Downwell is a vertical platformer shooter developed by Japanese indie Moppin and published by Devolver Digital that in one nostalgic swing manages to capture everything we loved about jumping down abandoned wells as kids. Whether it was strapping on our gun boots, meeting strangers in dark caves, or even getting killed by bats, we love to reminisce about the good ol’ days.

Now, we’ve all heard the tale about the little kid trapped in the well, but what if that well is infinitely deep and that kid is still falling? To spare you some of the mental suspense, assume you are that kid, you look like a crude rendition of Gumby from the ’50s, and you’re equipped with some hardcore military firepower. Down the well you go. Where it stops? Nobody knows.

You have three keys to control your character: The A key runs left, the D key runs right, and the space bar jumps and fires your gun boots. The object of the game is to free fall through each stage whilst collecting gems and avoiding all of the dangerous creatures. Although each level is completely randomized, there will occasionally be free upgrade caves and gem shops where you can spend your gems on useful items such as health and weapon boosts. 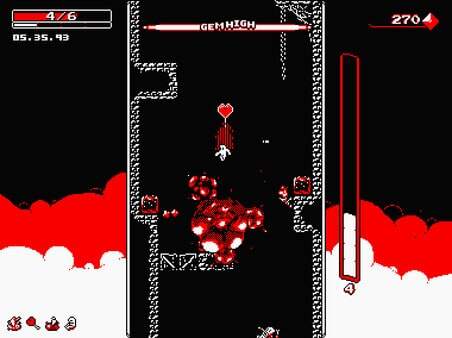 Unfortunately, your bullets are only reloaded when you land on a solid surface or hop on a creature, so use them wisely. After each level is cleared, you’ll be rewarded with the choice of one helpful or not so helpful upgrade that accumulates as long as you stay alive.

In what seems to be a slight homage to the critically acclaimed Spyro franchise, one of the main objectives in this game is to collect as many gems as possible. There are gem blocks and gem caves to help you if creature killing isn’t your forte. If you collect one hundred gems in a short amount of time, you’ll gain a “gem high” boost which transforms your character into a supercharged version of itself. Your character will gain an aura as well as a damage and speed boost but these only last as long as you can feed the high with gems.

I recommend obtaining and feeding the gem high for as long as possible because it proves to be very helpful as you dive deeper into the spookier levels.

With multiple color palettes to choose from and a somewhat chilling 8-bit soundtrack, Downwell brings retro back and just in time for Halloween. The use of planned silence within the game sound is haunting and gives it that much more eerie power as you’re fighting your enemies within the well. Progressing throughout the game, you’ll eventually unlock new gameplay styles and color variants. Would you prefer playing Downwell on the old school Gameboy? Maybe a vintage blue hue suits your fancy? There’s a color scheme for everyone! 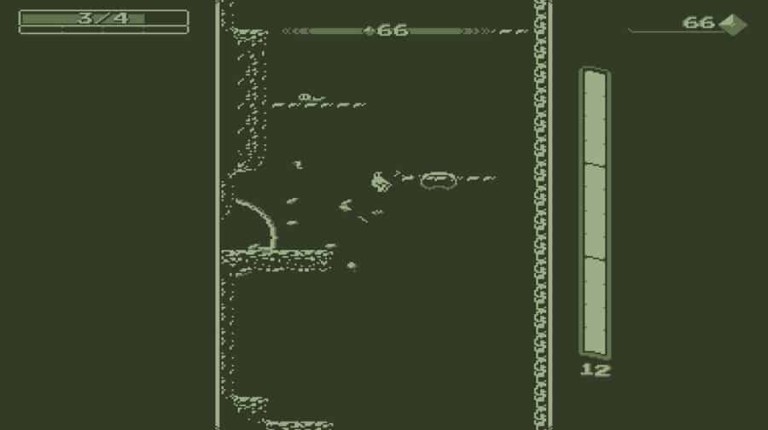 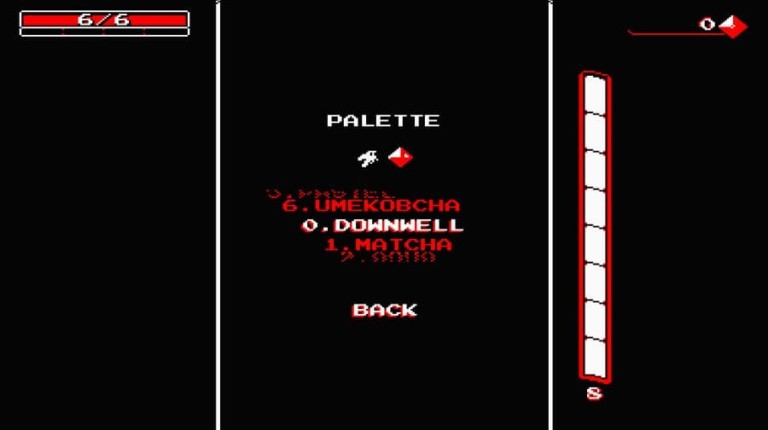 The unlockable game styles, however, offer a bit more of a change and sometimes even a new challenge. For instance, the boulder style grants more health but less upgrade choices while the spinning arm style offers more weapon upgrades but less shops. 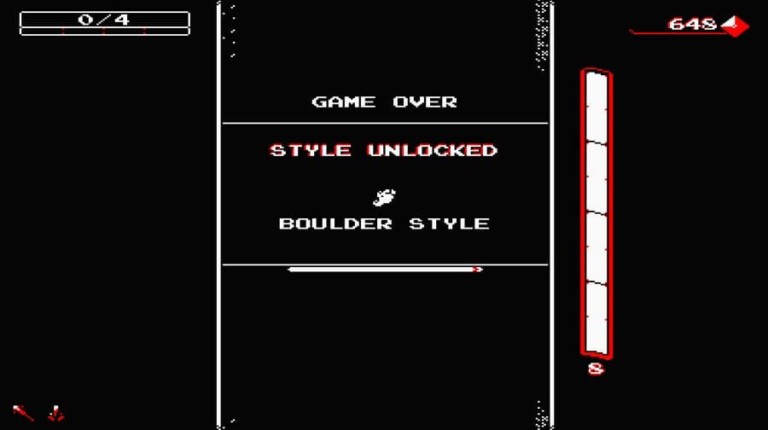 Deep in the Rabbit Hole

Downwell captures the style and feel of every great old school platformer in one tiny power-packed package and is beautifully executed throughout. Even with all the upgrades and helpful gem highs though, this game is hard as hell. There’s no denying it. No matter the level design, the damn bats will always chase and outmaneuver you and you’ll always have to start again. Despite it being unfortunately difficult, the gameplay and addiction of wanting to get better at it make the replay value worth the measly price. 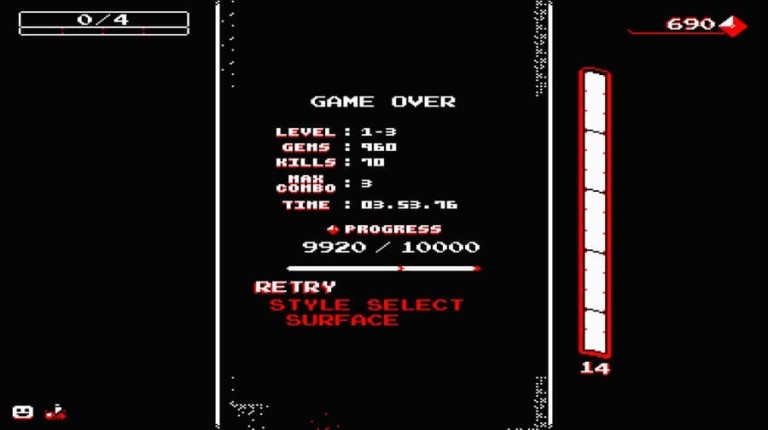 Watch the trailer for Downwell: 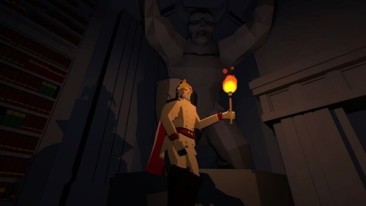