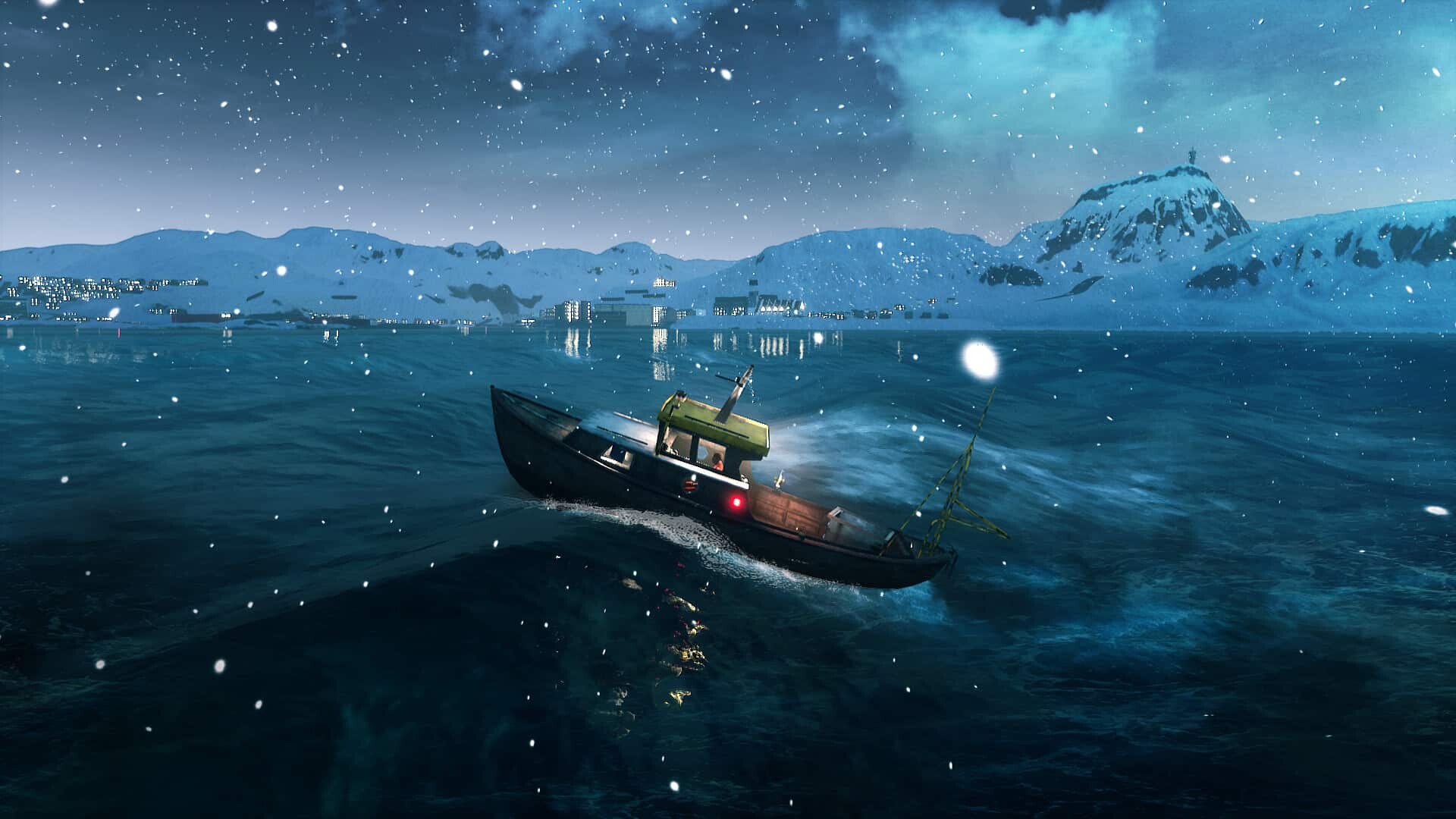 Released last year for the PC and earlier this month for Nintendo Switch, Fishing: Barents Sea is a fishing simulator that provides a gentle entry into the genre while offering an appealing escape into a beautiful location. Set in the Norwegian Sea, Fishing: Barents Sea simulates weather, naval traffic, the behavior of various types of fish, day/night cycles and seasonal changes while featuring a steady progression system for improving your fishing operation.

Fishing: Barents Sea opens with the rather sweet, if somewhat rehashed, notion that you are inheriting your first boat from your grandfather. This, of course, reminded me of the opening to Stardew Valley where this is handled with considerably more finesse; there it receives substantial narrative time and feeds into the game later, here it is mentioned and then becomes relatively unimportant. Nonetheless, sweet. 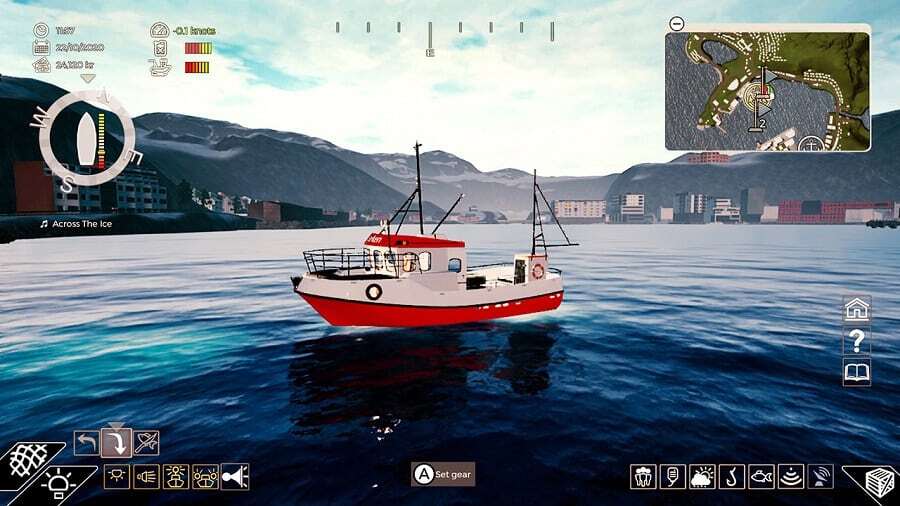 Launching into the tutorial, I found that the game manages to explain itself quite quickly and efficiently. It doesn’t take long to get to grips with the various systems at play, from laying down lines at sea to gutting caught fish (I’m terrible at the latter, it turns out). Once my fish were caught and ready for sale, the game ushered me back towards the dock where I promptly sold off my stock.

Docks allow for various tasks to be performed, ranging from selling fish to buying boat upgrades and hiring a crew. One thing the tutorial fails to mention – and which almost caught me out, thanks to a bout of absent-mindedness – is re-fueling; I received a warning while quite far out at sea. Thankfully I managed to make it home on the dregs in the tank. One key feature available in the dock is buying new boats. The first fishing boat provided by the game is painfully basic, and it’s quite surprising how the top end ships are rather massive; the scale of growth from small-time fisher to running a large operation is quite well delivered here, and combined with the ability to hire crew to automate various functions on board, this makes for a lot of potential for advancement.

Most of the key aspects of the game are managed through mini-games. Hauling up fish, for example, is a simple timing-based game where catch quality can be increased by pressing the button with the correct timing. These are fine for occupying a mind in neutral but nothing particularly challenging (barring the gutting mechanic, which has a very different idea of slicing a straight line than I do, apparently). 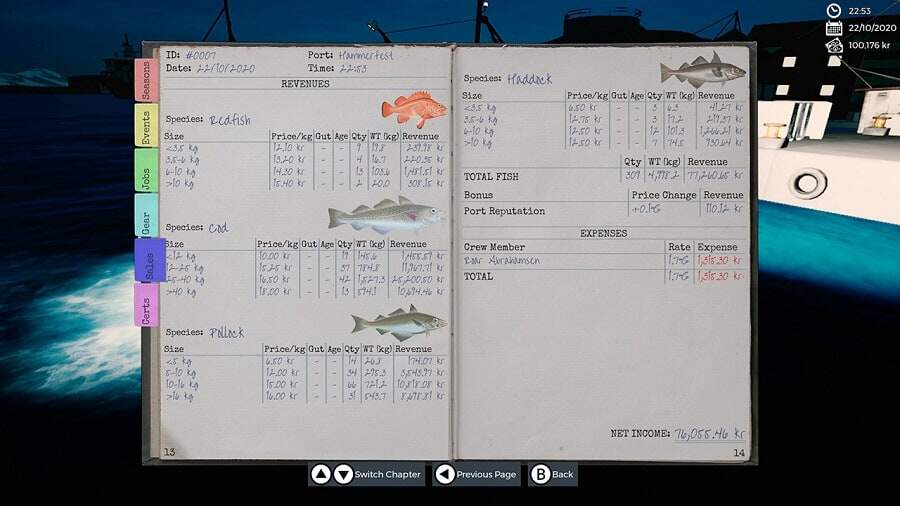 Bring in the Haul

Visually, Fishing: Barents Sea is acceptable but nothing to write home about. The vistas can be stunning, but this is somewhat marred by the clunky execution of more precise elements. Water often clips in through the bottom of the hull on the boats, and there are a handful of similarly jarring glitches throughout the game that can be a tad unpleasant; fish, for example, flop about as if they are made up of about four solid pieces rather than one organic whole. Nothing terribly egregious but generally a bit rough around the edges.

Fishing: Barents Sea is a solid but quite basic fishing simulation experience that offers up a relatively accessible set of options for players new to the genre. It manages to teach its systems efficiently and whilst the mini-game based tasks can be a tad bland, they do their job.

It’s a shame Fishing: Barents Sea is held back by its choppy aesthetics, but if you’re looking for a new fishing oriented title then this could have something for you.

Watch the official trailer for Fishing: Barents Sea below 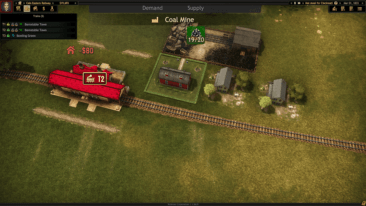 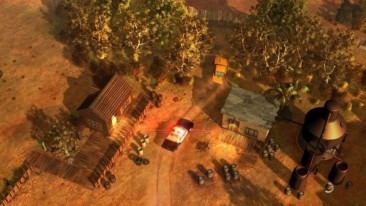