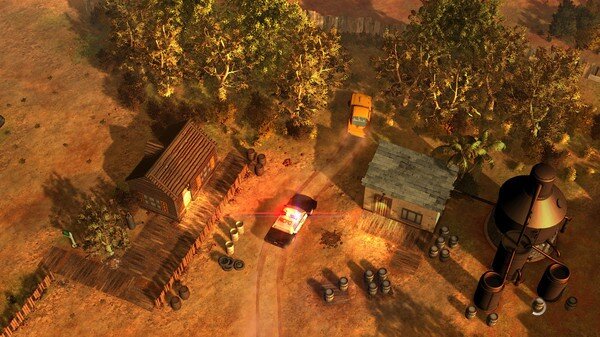 American Fugitive, by Fallen Tree Games, starts with your character’s father mysteriously calling you in the middle of the night. He tells you it’s an emergency, and when you arrive at his place you see an unfamiliar car parked outside. You enter the house only to find your father dead on the floor.

The cops show up and arrest you, and shortly after you’re wrongly convicted for killing your father. Some time has passed and you find yourself in jail. Not long after that, you make your escape, driven by a quest to clear your name and find who killed your father. 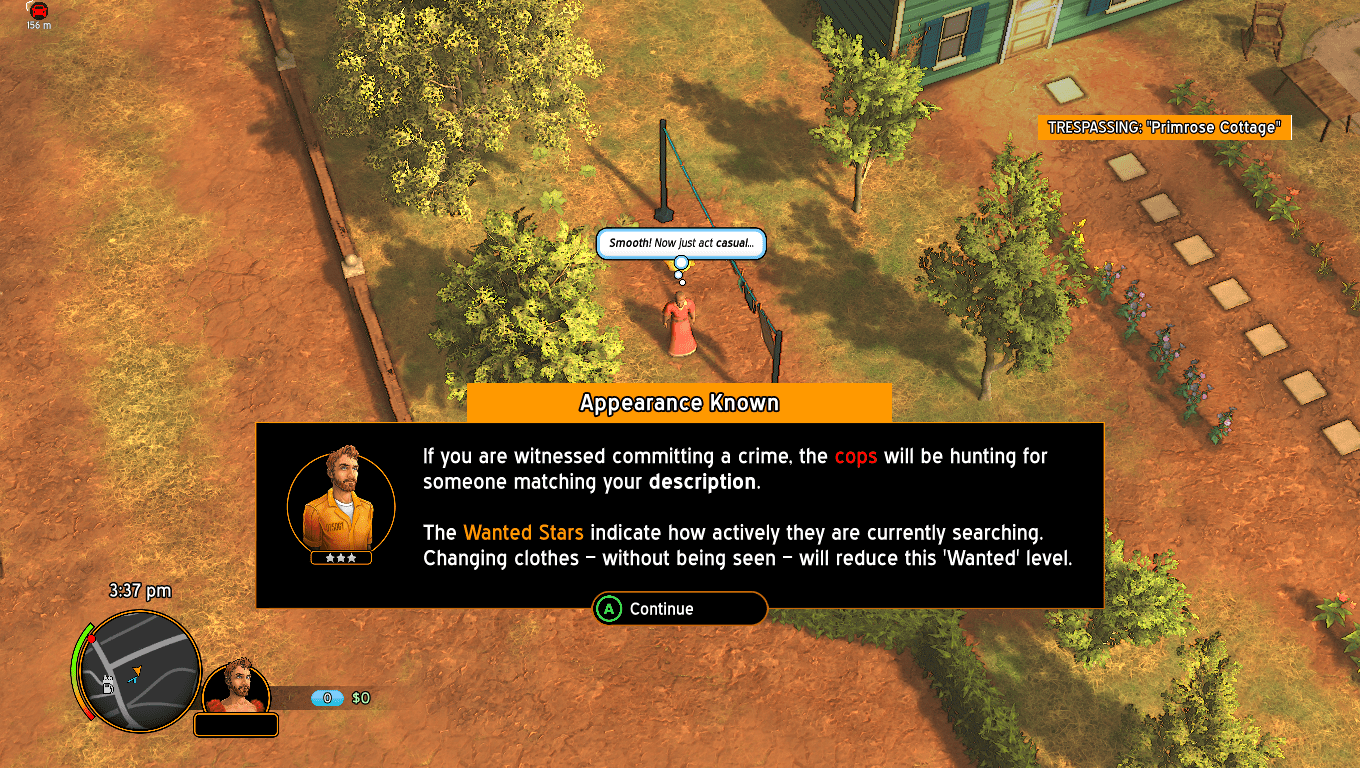 You Killed My Father…

The setup for the game’s narrative is pretty compelling. I found myself instantly hooked. But like other Grand Theft Auto (GTA) style open-world games, its main plot quickly becomes buried under tasks for cash and small missions for several different contacts. Do many tasks for them and eventually, they’ll help you find your father’s killer.

It’s a classic GTA style mission design. Contacts may give missions that involve stealing cars, robbing houses, destroying property…even murder. Those who are a fan of these familiar open-world missions will feel right at home. I would have preferred a more story-driven narrative.

Without much narrative, it’s not all bad though. The game mixes up what you do depending on the person who gives you the mission, so mission sets have a particular flavor to them. For example, you met someone who wants you to steal things from houses for them. Another deals with a mobster who asks you to execute more criminal tasks. One contact was an undertaker who assigns you to various shady tasks involving dead bodies.

It’s a nice mix of activity types, and I didn’t find myself getting bored or feel like I was doing the same types of things over and over again.

The game’s open-world also makes for a fun a sandbox experience. I could go around causing as much carnage as I could, using a variety of weapons, from handguns to bazookas. I could steal any car I came across. Any stolen valuables I picked up I could sell to pawn shops for quick cash. I could even rob any house or business in the game via stripped-down mini-games. It very much feels like a small open world to have fun in – a more fleshed-out version of the first couple of top-down GTA games.

My Mind on My Money and My Money on My Mind

Completing missions and completing jumps or time trials will earn you some cash and upgrade points. Upgrade points can be used to upgrade passive abilities. For instance, I chose to upgrade my inventory space and I upgraded the likelihood that I won’t be spotted while crouching.

There are even upgrades that allow you to regenerate health over time or increase the probability of successfully robbing stores. And many of these abilities can be upgraded multiple times for increased effectiveness. Upgrades in American Fugitive offer up nice progression, and I legitimately felt like my character was getting stronger in the areas I was leveling up.

Since certain abilities are more stealth-focused, the game gives you the option to tailor the game to how you want to play it. I could upgrade more stealthy abilities to focus on robbing houses or stores. Or I could focus more on doing time trial races and vehicle jump spots and level up my character that way. I appreciated this level of customization because I was able to upgrade my character to make stealth and thieving a bit easier for me. 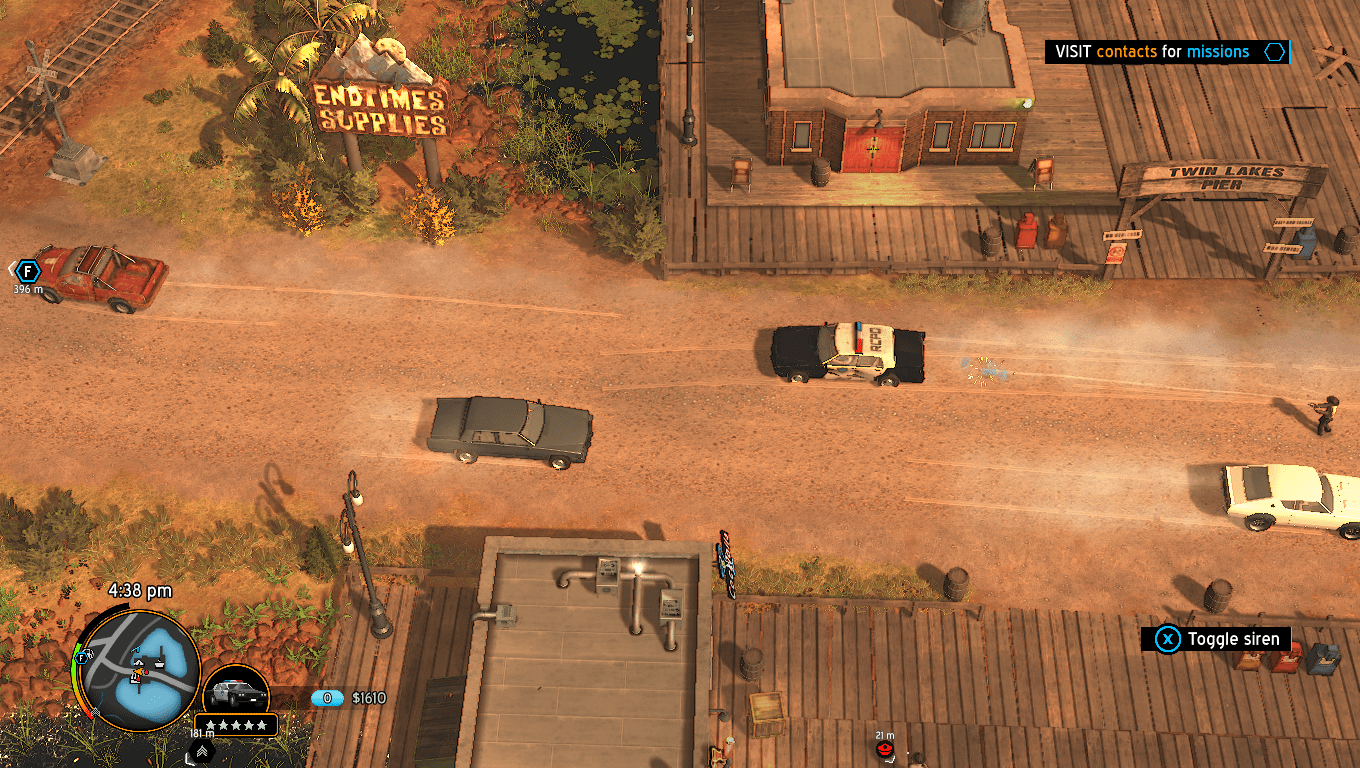 Controls in this game are largely solid. When driving vehicles, they are smooth and responsive. Vehicles have a nice weight and momentum to them. Driving can be a challenge at high speeds since the game is top-down, which means seeing past a certain distance is not possible, but I feel like this design choice wasn’t frustrating but instead made car chases and escaping from police more intense.

Shooting mechanics could use more work, though. I never quite liked or felt comfortable shooting. You aim guns with the right stick and shoot using the right trigger. The game doesn’t have a lock-on feature, and shooting feels unintentionally more difficult than it needs to be.

Also, the line the game uses to show where the gun’s projected trajectory is too faint, making it hard to see where shots will land. The mechanics behind guns are still completely serviceable, but I wish it was a bit more polished.

No Rest for the Wicked

Like I mentioned before, your enjoyment with this game will depend on how much you like the GTA or Retro City Rampage style of mission design.

The game is around six hours long if you focus only on missions. But that in itself is a challenge because of the open-world fun to play around in. It’s impressively big when compared to other open-world indie games. There are collectibles to find, sights to see, and vehicle-based side activities to partake in.

It’s an impressive open world that doesn’t feel slapped together. It feels like a world created with a lot of attention to detail. The developers put a lot of time and care when it came to creating it. 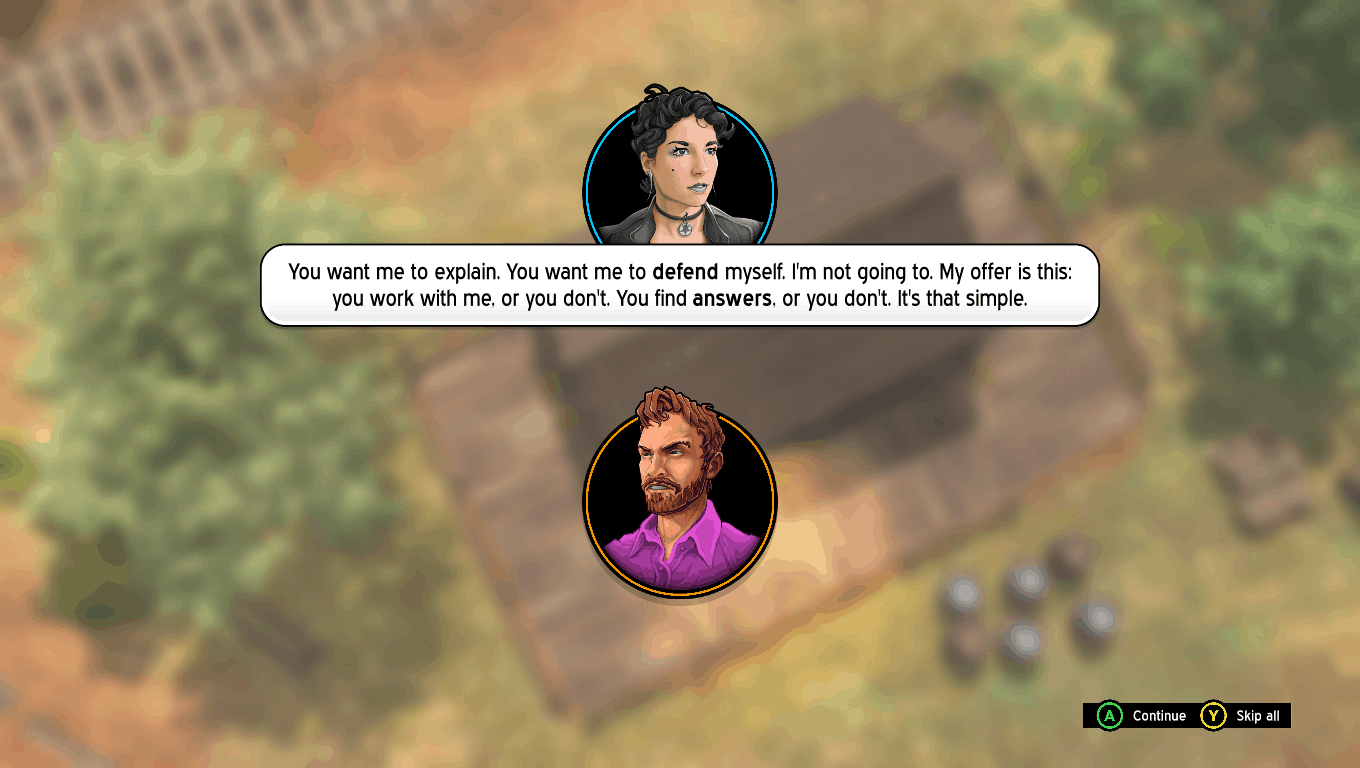 From a presentation standpoint, the game takes a more realistic tone than the goofier open-world games. Its visuals go for that realistic, gritty look often opting for more drab color palate. I feel like it fits nicely with the game’s crime infused setting and subject matter. Music is also less cheery and more tone setting.

I’ve played a lot of crime-based open-world games in my day, and I can safely say that American Fugitive is one of the best. There is so much to do and so much to see; it’s just a lot of fun. I wish there was more focus on creating a compelling narrative to separate this experience from others in the genre. But the game makes up for it by creating a fun, open-world game to get lost in.

Watch the official trailer for American Fugitive below: 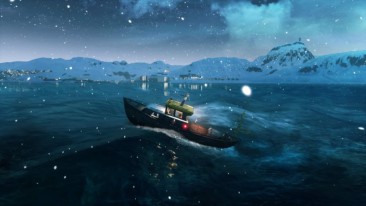 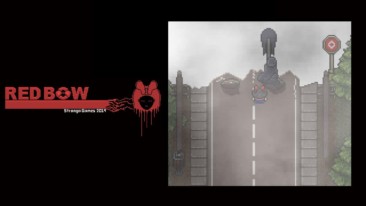