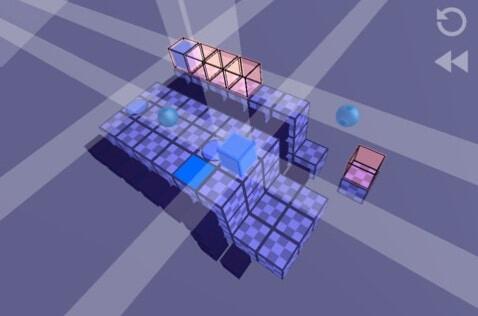 A luxuriant abstract 3D puzzle game, wherein the player explores many different rules and mechanics over 17 diverse worlds, each with their own objectives.

English Country Tune is a deviously diverse puzzle game that is eerily soothing, even as the confines of your logical mind are being dashed on the rocks. Nominated for Excellence in Design for the 2012 Independent Games Festival, ECT takes the player through a bevy of different puzzles, each encased in one of the various worlds that make up the larger universe. Completing all of the puzzles in a world will open up the adjacent worlds, thus unlocking new challenging types of objectives.

The core mechanic of the game involves moving a two-dimensional square across various three-dimensional grids. Using the directional keys, the player must manipulate the targets to the end points of the each stage. The initial challenges include moving “eggs” into incubators. Unfortunately, the eggs only exhibit gravity as a defense mechanism, and will “drop” drop in the direction that would be considered down from the last motion of the player. It is every bit as confusing as it sounds, and having the 3D grid shift around drastically to track the player tile can make it easy to lose track of direction. Up So Floating Many Bells Down

Worlds unlocked later on will require the player to move “whales” around by the beams of energy they emanate, as opposed to moving the whale itself. Players familiar with block-moving puzzles already know that corners are to be avoided, but as it is not the block itself that is being moved, taking a second to reflect on ECT’s added physical rules will help to alleviate undue frustration. Other challenges will require the player plot a course without boxing himself in. Eventually, the puzzles will require the consideration of many rules at once. Here, the game is at its best, and its most maddening.

Fortunately the player has access to an “undo” key, and it is possible to move the camera around the puzzle before taking the next step. Trial and error won’t always immediately present a solution, but it often beats resetting the stage. Songs to Gaze into a Microscope By

Though the soundtrack is airy and calming, there is also nothing overly glamorous about the overall presentation. The tunes brought back memories of Jenova Chen’s Fl0w, as did the seemingly petri dish-like particles that float by in each stage. The musical ambiance is a nice switch-up from the deluge of 8-bit chiptune tracks that have been accompanying many puzzle games of late.

The three-dimensional stages are crafted well, but do little to jump out from the screen. The models respond well to rotation and can spin around rapidly, but this can be a blessing wrapped in a curse, depending on the stage.

Ultimately, English Country Tune is a wonderfully innovative puzzle game, even if the difficulty can seem unrelenting at times. Players who can stick through the frustrating bits will uncover a seductively complex blend of puzzle styles. There is nothing in the way of bonus material, so the gratification of knowing a sinister puzzle has been bested will have to suffice as its own reward. That said, players who manage to wrap their heads around this heady collection of trials will likely come away with all the satisfaction they need. 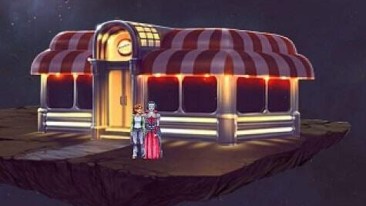 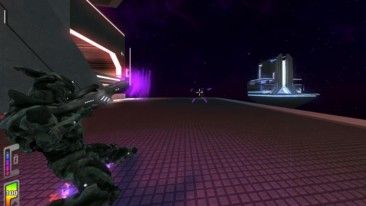