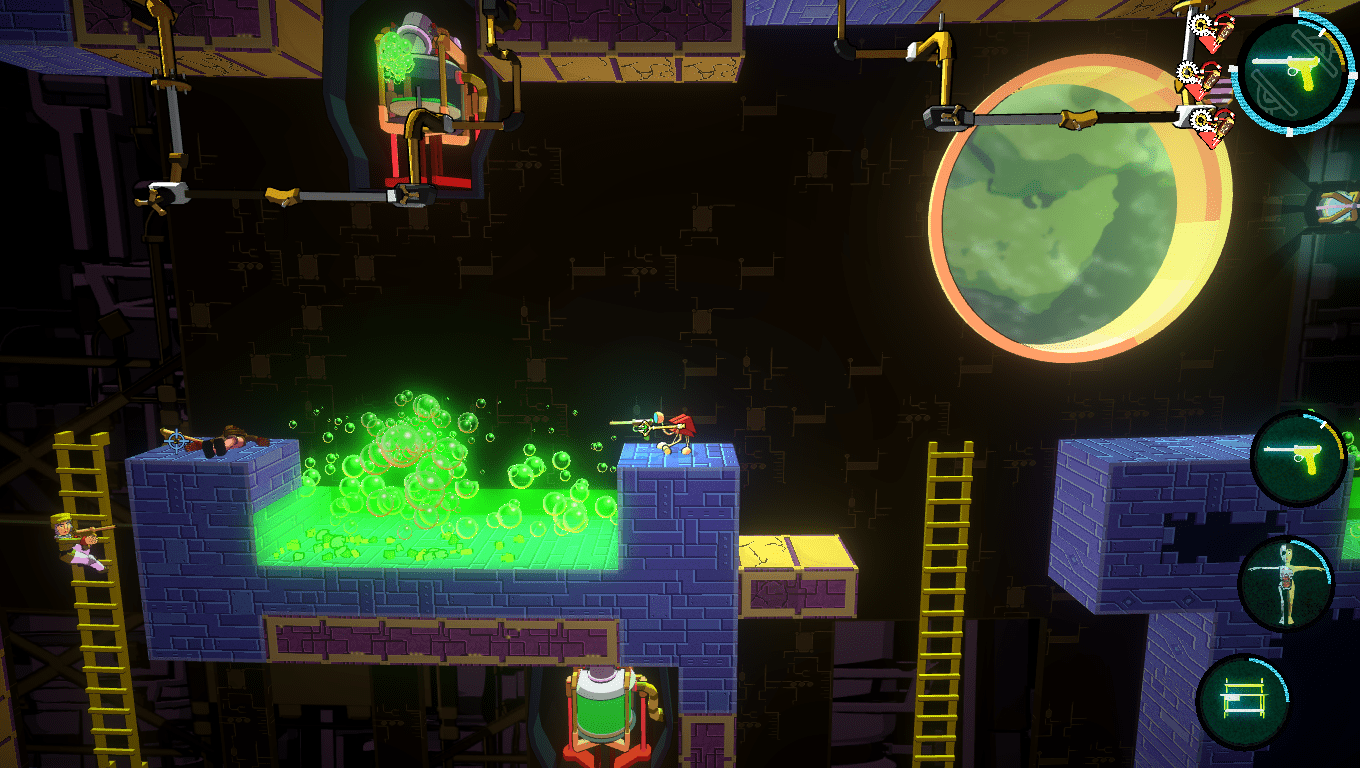 From the onset, it seemed like CreatorCrate was another linear, checkpoint-based 2D platformer. But I soon realized that it approaches the genre in some interesting ways, adding different flavors to the familiar formula to create something feeling a bit more fresh. In this game, you play as a robot known as the CreatorCrate. Unfortunately for the other robots and humans aboard, CreatorCrate gains some sentience and decides to escape by any means necessary, which translates to a lot of broken machines and plenty of blood.

An Absorbing Take on the Puzzle Platformer

Besides the expected jumping and shooting, you are also able to grab anything and absorb it as usable matter. Once you do this, you can save a blueprint of whatever you absorbed, allowing me to develop these items on the fly. For example, I found a laser gun, which I then absorbed. This then allowed me to create more guns when it ran out of ammo.

It sounds more complicated than it is, but this mechanic adds some strategy to the game as well. There is a nice tug of war between knowing when to save matter or use it to aid in boss fights or to create an item to get to hard-to-reach areas. Matter is also needed to restore some health by activating a handy self-repair system. I think the game’s emphasis on this mechanic keeps things from feeling stale or too mindless.

It also helped keep me on my toes for most of my experience.

Besides the blueprint mechanic, the game features your standard fare of platforming tropes. Traps, door switches, and timing-based platforms make up most of what I experienced. But what makes this game different is the way it “reshuffles” areas. Whenever you die, you restart from a checkpoint, but the area ahead is different. Everything from geometry to enemies changes. This made me rely more on my own skill instead of memorizing levels. I really liked this mechanic. It kept the game fresh. Sure, there is only a select number of variations, but it still was effective at mixing things up just enough to keep me engaged throughout.

And quirky is how I’d describe a lot of this game, in fact. Whether it was throwing human ragdolls into lasers to watch them turn into globs of blood or a window breaking and sucking everything out unto space, there is a physics-based charm to it all which I really enjoyed. And there are also a number of fun items and weapons to experiment with. 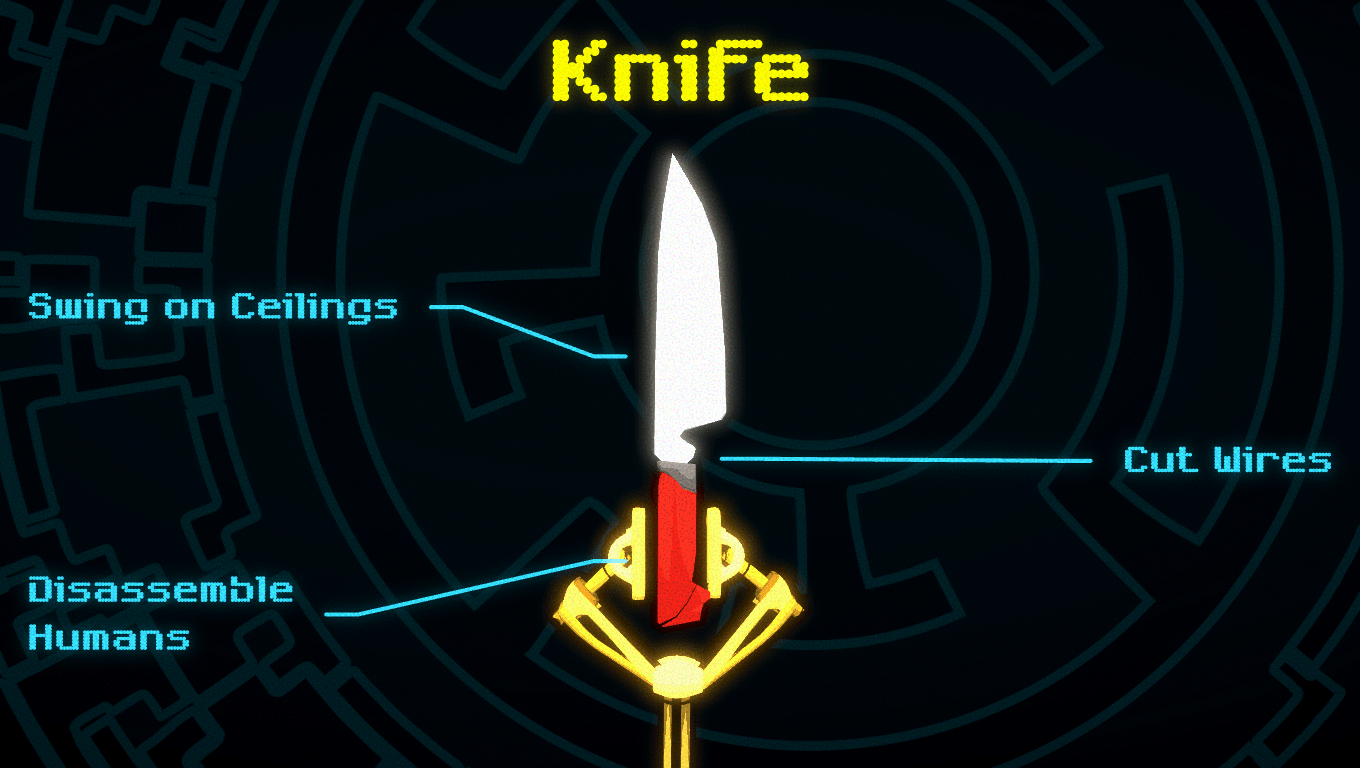 Visuals are purposefully block-y and relatively simple – not a whole lot of detailed textures or environmental detail – but I think the game doesn’t need it. It’s less about exploration and more about survival. In other words, I didn’t stay in areas very long, because It’s a game about pushing forward. The Visuals fit the game well considering its design approach. I do think not adding detailed environments was a wasted opportunity to do more world-building or add more charm, however.

The music in this game features suitable chip-tunes: plenty of wubs, wobs, beeps, and boops to create a very electronic sound. And it’s all composed well and pretty catchy. I couldn’t think of a more perfect soundtrack to this game. It really helps create a chill, trance-like vibe, which helps make time fly while playing it.

CreatorCrate is a fun 2D platformer. I think it does enough to stand out from the crowd to create something fresh. It is a bit rough around the edges, but still enjoyable nonetheless.

CreatorCrate is available via Steam and Itch.io.

Check out the official trailer for CreatorCrate below: 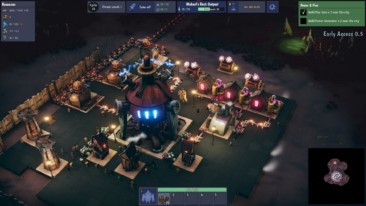 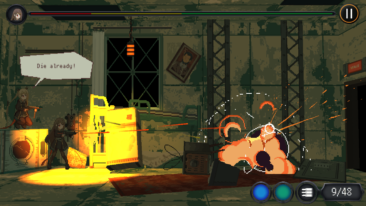 Marfusha Review – Surprisingly Relaxing Despite All the Machine Guns